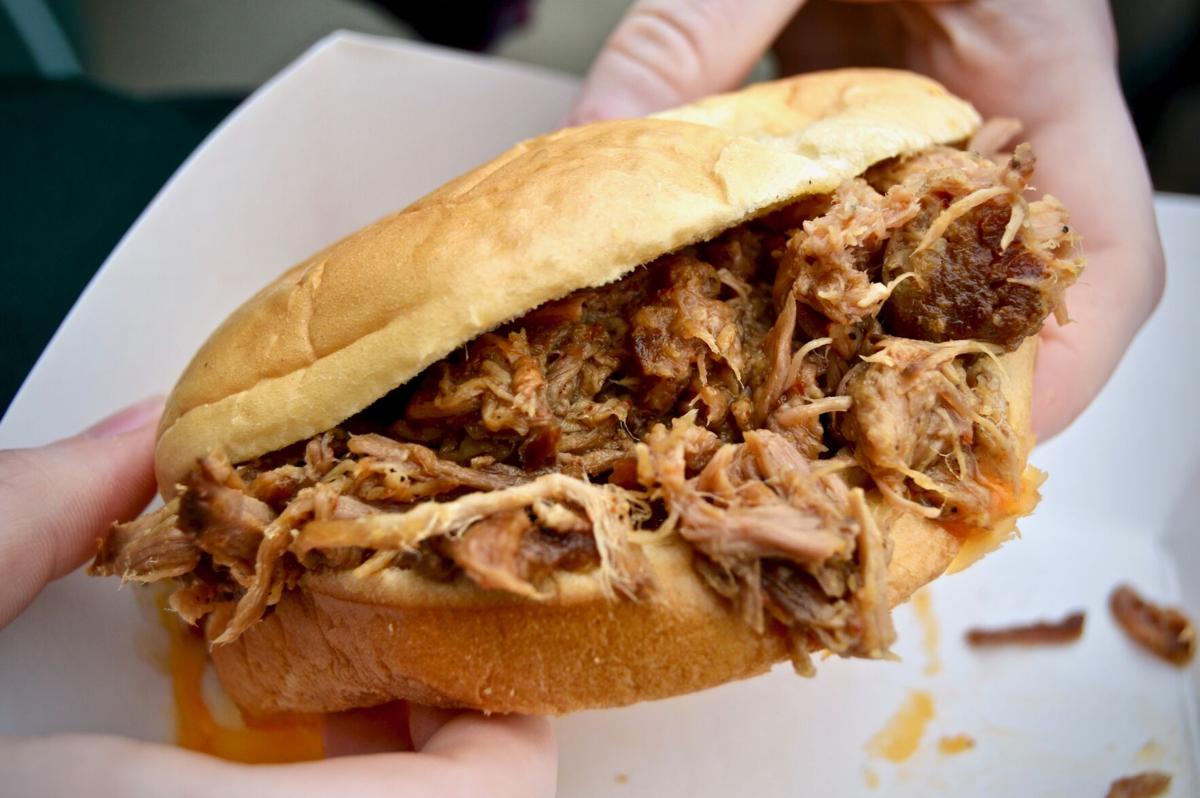 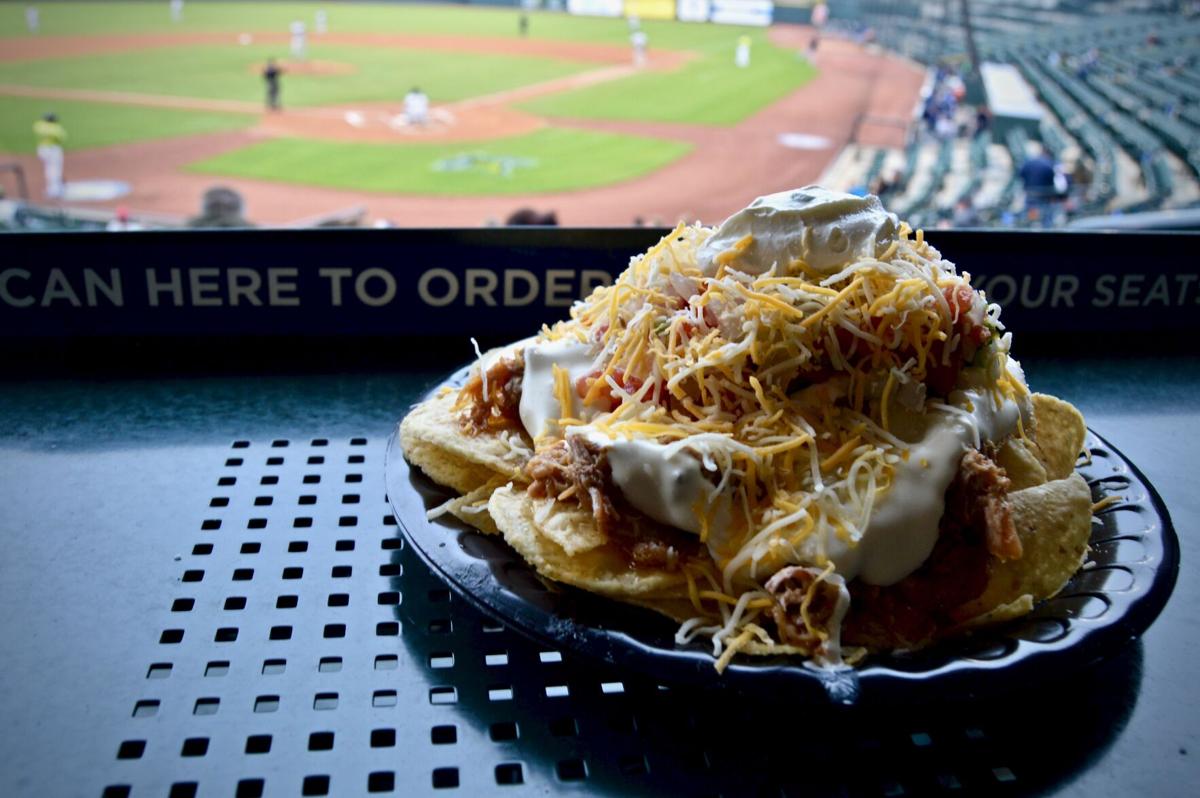 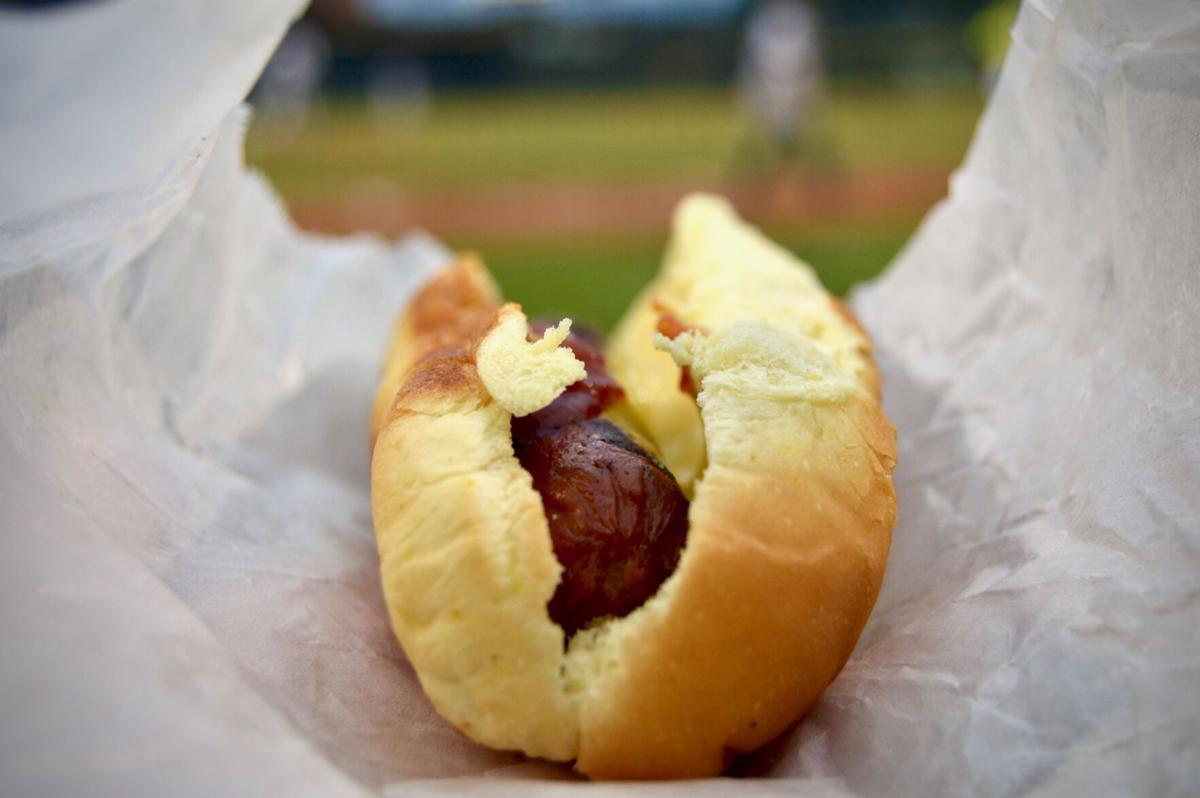 A hotdog from Segra Park, a quintessential baseball snack. 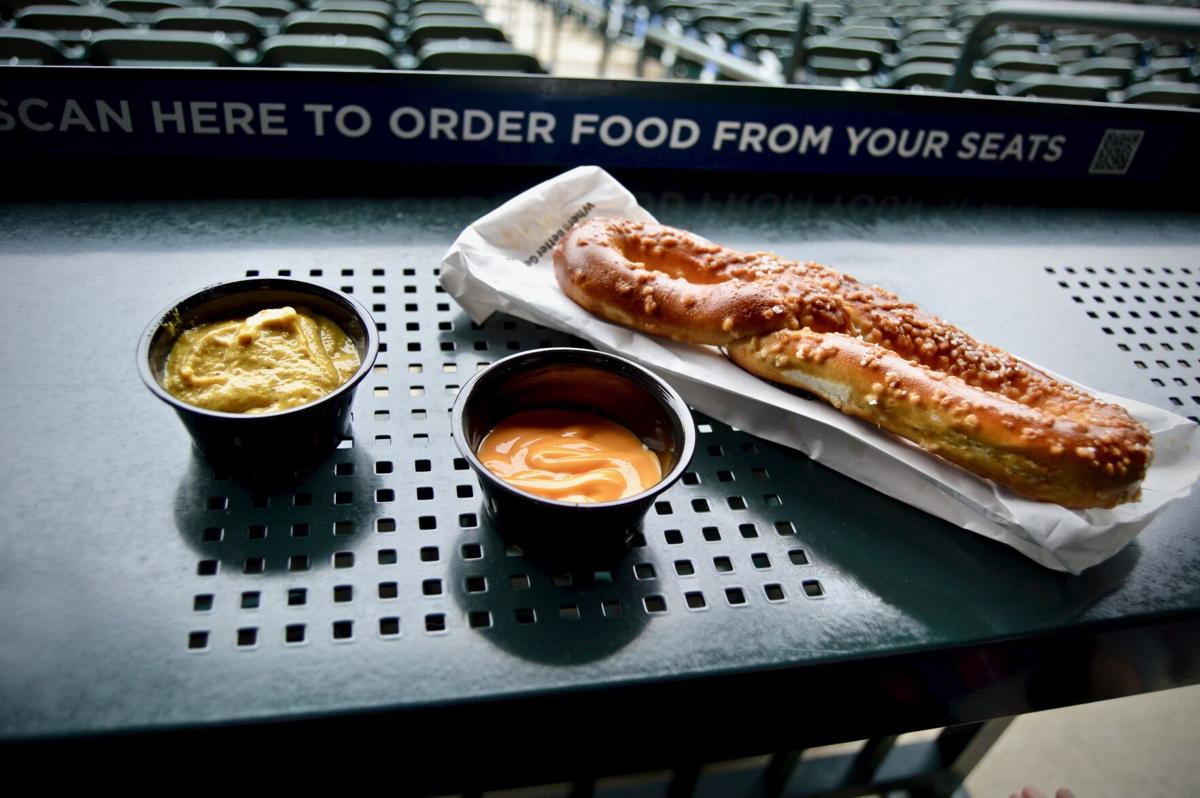 It was May 12, and I stared at the weather report.

The day prior, I had asked a friend if they’d be at the Columbia Fireflies game. They were considering it, but the chilly temperatures were a major deterrent.

The day I picked for my first Fireflies game, and this assignment, would be in the 50s at best, more likely the mid-to-upper 40s. So only hours from the game’s first pitch, I hoped the weather delay would come. It did not.

The assignment was a simple one. Go to the ballpark, try the food and point people in the right direction for the best ballpark bites. I reasoned it was the perfect way to experience my first game at Segra Park.

I admit my expectations on quality were low, but who doesn’t want to eat, drink and watch baseball?

So despite my weather hesitations, I convinced my partner to stay resolute and join me. So off we went, coats and hats in tow, to Segra Park in conditions (hopefully) unlike any you’ll experience after reading this.

My first dish was a pretzel by way of a Philly Pretzel Factory table. It was an impulse buy, the prospects of a warm, soft pretzel seemed comforting given the weather. The result was less so, though, as the pretzel was tough and devoid of any warmth. It still was, in its essence, a pretzel, in all its salty, doughy glory. Plus the accompanying mustard was a strong highlight of the whole day.

Quickly eschewing the pretzel, I next turned to a pulled pork sandwich, courtesy of a barbecue stand near the entrance grates. It came without any sauce, but after a quick inquiry, the worker poured some on. I took the sandwich and a Coffee Lager from Cayce’s Steel Hands Brewing to my seat and got to eating.

To my surprise, the pork was tender and juicy, and, while a far cry from the various barbecues on offer at restaurants in Columbia, it was pleasant. But the sauce was ill-defined, sweet, yet lacking any distinct flavors. The sauce’s excessive nothingness had little impact on my enjoyment of the sandwich though, a solid representation of the Carolina favorite in a ballpark setting.

Per usual, the lager from Cayce’s Steel Hands was a stellar choice, with its creamy mouthfeel and roasty notes.

As I finished the sandwich, the game unfolded around me. A sparse crowd stood for the national anthem. The MC’s attempts to get fans hyped were met with a surprising amount of energy. The Fireflies opening pitch was greeted with a homerun single courtesy of the Charleston RiverDogs. Soon after, I returned to the concessions.

A taco stand close to the barbecue post had caught my eye and I dutifully returned. Already growing full, I elected to try the pork taco, while my partner ordered the nachos. The taco was disappointingly bland, though the other filling options might change that. On the other hand, the nachos were quite large and tasty, smothered in sour cream, cheese, pico de gallo and more toppings.

Meanwhile, the game continued. The RiverDogs were out to a 4-0 lead. The second inning went by scoreless. The weather continued to be a deterrent, and some fans had already begun to leave. I considered the same.

But I knew I couldn’t leave without trying at least one ballpark classic. My stomach was full, but I pressed on warily and debated between a corndog, popcorn or a hotdog.

I landed on a hotdog, which came enveloped in foil and parchment paper. I smeared it with a covering of mustard and ketchup and took my first bite. It was a nice one, with a hefty amount of char that made it reminiscent of the kind of summer day I expected to walk into for this game.

Was it perfect? No. Was it the best and most rewarding of my ballpark bites? Yes.

Despite my attempts to find a hidden gem among the various vendors, the hotdog was an inelegant favorite and brought out the best of the ballpark’s atmosphere.

As I munched on my last dish, the Fireflies had managed to load the bases. Through the inning, they hammered in five runs and took the lead. Though I left soon after, the next morning, I found they ended with a win, 12-4.

While the margin was less emphatic, Segra Park’s gameday fare also squeaked out a win.

The Fireflies are back at Segra Park to take on the Augusta GreenJackets May 26-30. A mobile COVID-19 vaccination clinic will be on site May 28 and 29. Find out more and purchase tickets at columbiafireflies.com.