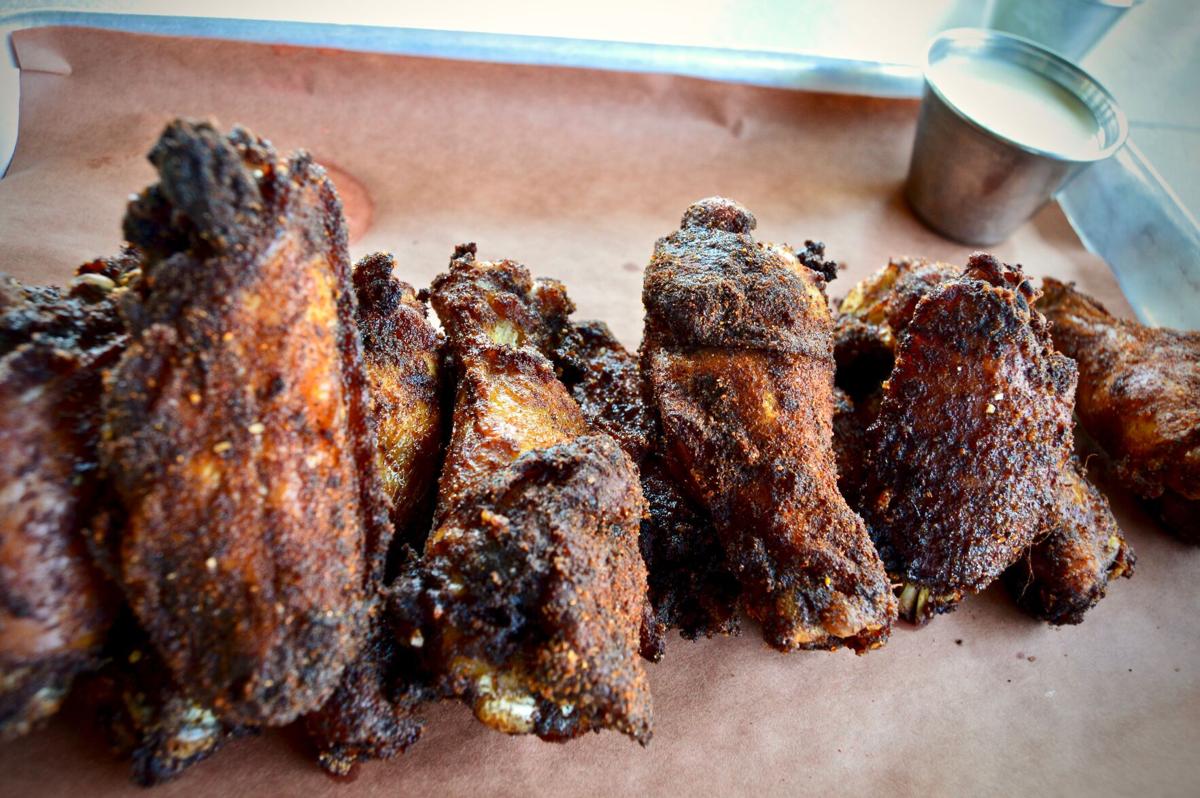 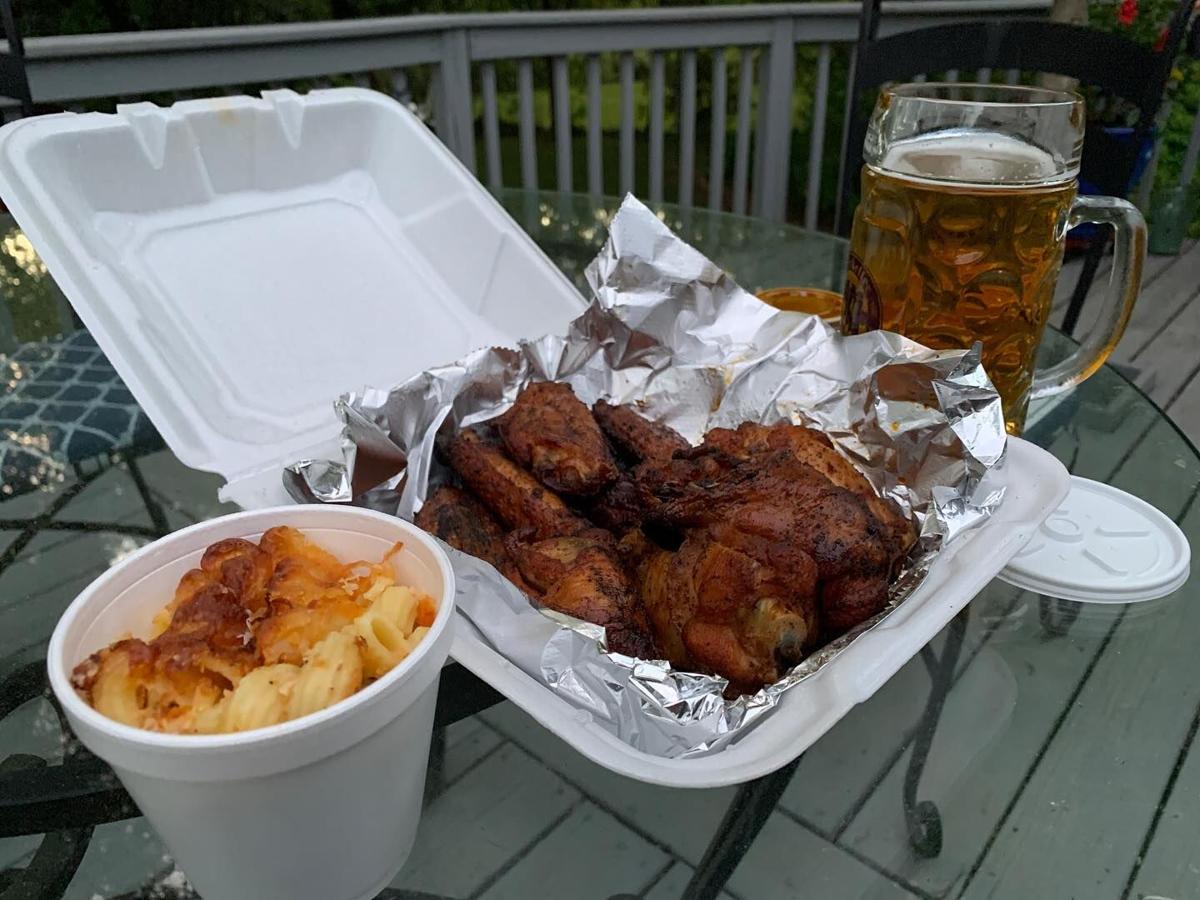 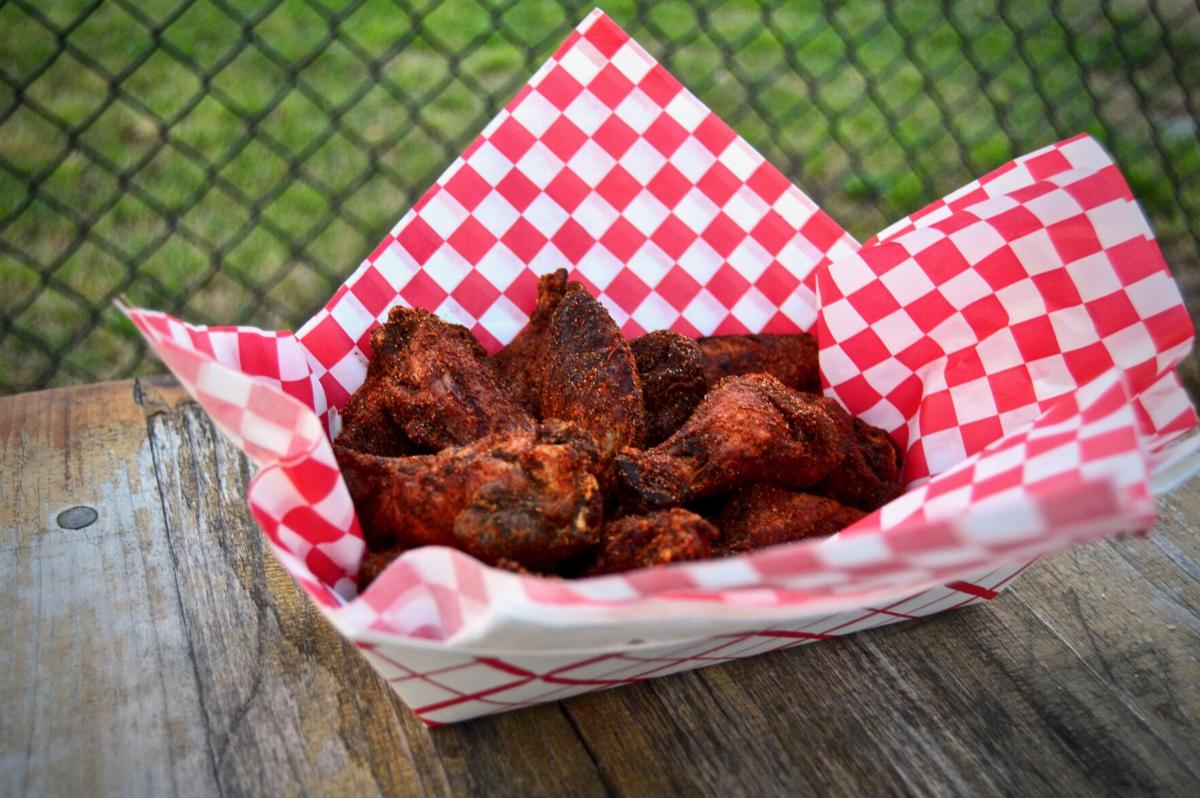 Imagine 40 pounds of chicken, roughly 215 individual wings, in their pink-white, bumpy skin and pearly bone glory, waiting to be heated and their fat rendered. That amount of wings, in restaurant lingo, is known as a case.

That's roughly the amount of wings that the Five Points outpost of Charleston’s Home Team BBQ told Free Times that it sells in a typical week, each slow-cooked in a sauna of smoke for about three hours. If you take the conservative estimate, that means diners at the Columbia restaurant are eating more than 1,200 smoked wings a day.

A similarly mind-boggling figure comes from just down the street. The cult-status smoked wing night at Bar None, by way of the barbecue duo known as Smokey Loggins, once moved eight cases, or about 1,720 wings, in less than eight hours.

Wings are far from a new phenomenon in Columbia, or America in general. Perhaps the most iconic form, the buffalo wing, has been eaten since the 1960s in the Northeast and, per a report from research firm NPD Group, Americans ate almost 1 billion servings of chicken wings in 2019.

Locally, Cayce’s D’s Wings has been serving them since its inception in 1988, and there are three locations of the national chain Buffalo Wild Wings in the Columbia area.

In the last few years, though, a particular version of the wing has found strong footing in Soda City: the smoked wing. Utilizing barbecue’s defining cooking process and an ample dusting of in-house dry-rubs, an increasing number of restaurants have found a dedicated audience for this preparation of drums and flats.

And they’re available at spots across the dining spectrum. Transmission Arcade opened last year with smoked wings as a centerpiece on the menu. They’re among the selections one can munch at River Rat Brewery’s biergarten. Cafe Strudel in West Columbia and Lexington offer them as an appetizer. They’re one of the coveted smoked meats sold by the barbecue food truck City Limits Q.

Increasingly, smoked wings feel like they’re around every corner in Columbia.

Get soft shell crabs at these Columbia restaurants

Home Team BBQ Culinary Operations Manager Jason Rheinwald grew up near Buffalo, N.Y., the home of the Buffalo wing. He quipped that the wings were always ordered with pizza (once a week) and on any Sunday for football (once a week).

When asked how he viewed smoked wings’ popularity, he remarked that they were almost impossible to be found in his home state. However, here in Columbia, where Home Team opened in 2019, and in Charleston, where the chain has three locations, it’s a top dish.

“Outside of pulled pork, it’s our No. 1 seller (in Columbia),” he said. “Almost every other table has at least an order of wings on there and that really just started from day one.

A good place to start in understanding how smoked wings became so ingrained in Columbia is Bar None. In 2012, Josh Bumgarner, then a worker there, chatted with a bartender on a Monday or Tuesday. They agreed the bar needed some sort of special. Others offered pint nights and similar deals to get customers in the door on slower days.

Bumgarner pitched the idea to owner Marty Dreesen: He’d smoke wings and sell them at the bar. Dreesen wasn’t sold, Bumgarner recalled, but eventually relented — as long as Bumgarner purchased the wings.

To drum up interest, Bumgarner gave out a free wing to customers. Soon, he was churning out 200 to 400 wings a night, and he was selling out earlier and earlier.

A year later, the Free Times ran a story detailing the local food scene’s best barbecue in town. Alex Suaudom du Monde, chef-owner of beloved thai bistro Baan Sawan, included the wings in his picks, writing that he had never tasted the bevy of sauces that came with them “because I’ve never needed nor wanted them.”

“Next thing I knew I was coming in at noon and leaving at like 8:30 in the morning,” Bumgarner reminisced. “We went from selling maybe two cases to two years later we were selling like, I don’t even know.”

Bar None’s wing night still goes on every other week, on Tuesdays, but Smokey Loggins’ wings are now available most nights of the week. Having proved too popular to be contained to a bi-weekly bar night, Bumgarner and business partner Joe Thacker started a mobile operation, with wings and other smoked-meat-centered items dominating the menu.

By 2019, they were recruited as partners to run the kitchen at the forthcoming Transmission Arcade, which opened the following spring.

Opened by Josh Rainwater and Cam Powell in the month before the pandemic, the arcade bar was too new to qualify for federal aid and relied on its barbecue offerings to help keep the business operating.

“We haven't made it by any means as a bar restaurant, but the fact that we made it through COVID, that’s the shit that will make you cry after a couple of beers,” Bumgarner said. “You’re like, ‘Oh man the community supported us. The food really did keep it afloat.’”

Looking Back and Looking Forward

But smoked wings in Columbia go back further than 2012 at Bar None.

They were served in 1982 at Blenn Dempsey’s annual Valentine’s Day party, according to cursory archival research done by Columbia resident and administrator of the Esoteric Columbia Facebook page/blog Hardy Childers. That was detailed in a Columbia Record feature on Dempsey’s party, where she described cooking them in an electric smoker.

Childers, who is also a senior analyst at financial consultant firm PwC, found earlier references of chicken wings in prior newspaper clippings, as far back 1894. However, none of the stories designated the wings as “smoked.” Interestingly, those earlier stories described wings in poor terms — or, in one case, as a dish that late arrivals to a dinner party would receive.

Joe Turkaly, now a chef at the University of South Carolina’s Greek Village, smoked them as far back as 2009 at the since-closed Blythewood restaurant SMOKE Southern Barbecue Revival. Meanwhile, the controversial barbecue chain Maurice’s Piggie Park advertised them on its Facebook pages in 2011.

Still, the relative novelty of smoked wings at that time is underscored by Turkaly and SMOKE’s smoked chicken wings winning the award for “Most Unique Wing” at the short-lived Capital City Music Fest and Wing Fling in 2010.

“The only other place that I knew were doing them were frying them … we started smoking them,” Turkaly recalled. “We were the first I remember. ... I don’t remember anyone else doing them.”

He recalled that his smoked wings were popular back then, even with SMOKE’s buffet and the need to order them separately. Other spots, like D’s Wings, weren’t dabbling in smoked wings, focusing instead on fried wings smothered in hot sauce.

The lack of popularity was due to the labor involved, Turkaly speculated. While relatively quicker to cook than say a brisket or pork butt, smoking wings is far more time intensive than dropping them in a fryer for a few minutes.

“I think it was just extra work,” he remembered. “Wings weren’t real big down here.”

At the popular barbecue food truck City Limits Q, owner and cook Robbie Robinson said he views the smoked wing as part of an evolution of the wing in Columbia.

He suggested that the traditional hot wings at various bars and teriyaki wings from Wings and Ale were the first popular styles in the area, then the stuffed wings from 2Fat2Fly made their mark. Now, he feels the smoked-then-fried wing is having a moment on the local food scene.

He is frequently asked by customers when he’ll next be serving his own smoked wings but noted he isn’t sure he sees a particular surge in interest.

“I wouldn’t call it a craze yet, (but) I have seen more people doing the smoked fried wings,” Robinson said.

Rather, Robinson suggested it's part of a surge in the popularity of smoked meat.

“I think it coincides with the whole evolution of modern barbecue that part of the barbecue phenomenon is not only cooking the meat better, it's also exploring new ways of cooking some traditional things,” he said.

Turklay made a similar observation.

“I think people are gravitating back towards smoked foods, it takes a lot more time and love to smoke something,” Turkaly offered.