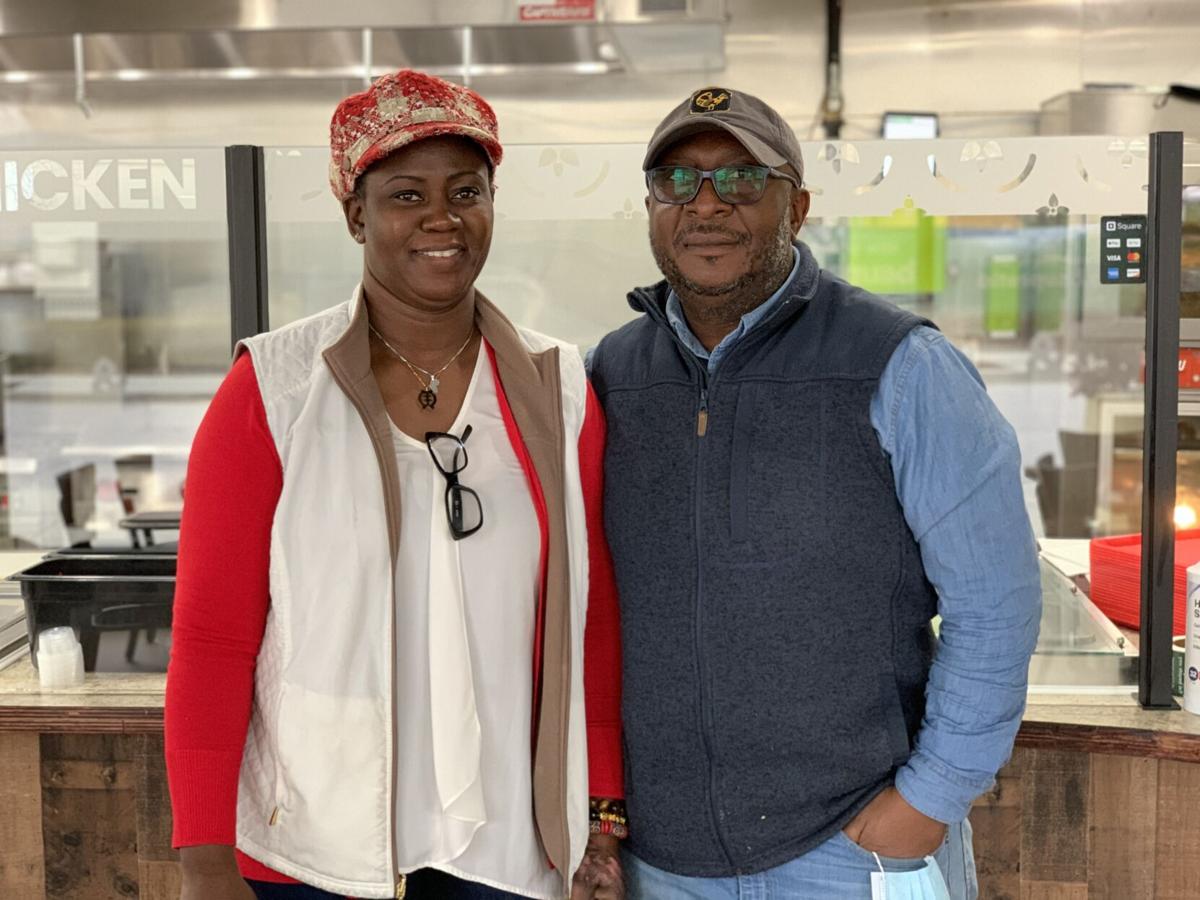 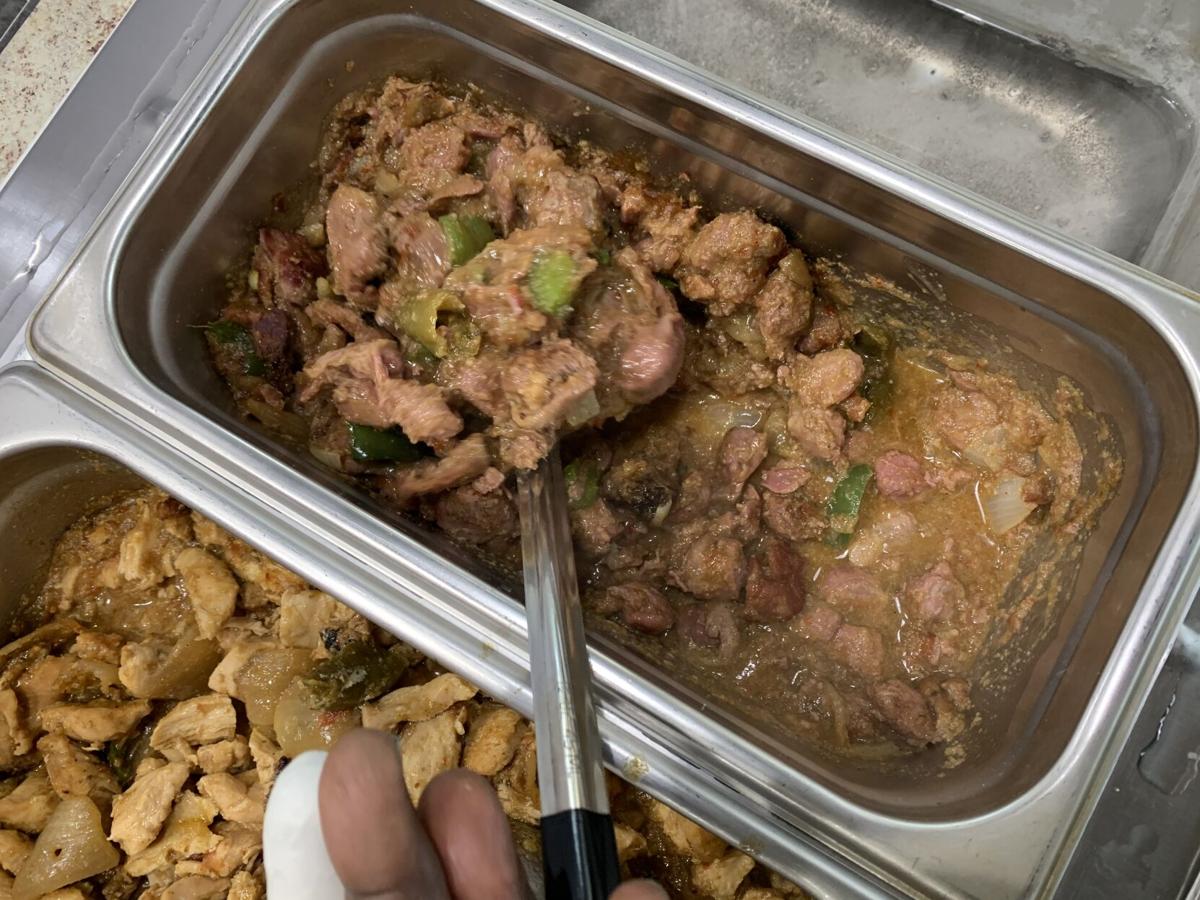 andCHICKEN's chicken gizzards served in a blend of pineapple, onion, ginger and garlic.

The owners of Asanka Kitchen recently opened a chicken-focused restaurant with eyes on a bigger future: franchises.

Between the omnipresent chains Chick-fil-A, Buffalo Wild Wings, Zaxby's and more, they aren't exactly entering an empty niche. The two are keenly aware of that, betting on the quality and flavors they're bringing with andCHICKEN Food and Beverage to set them apart.

“Of course, there are one thousand and one chicken places,” said co-owner Samuel Darko. “We discovered that when it is done well, in a good transparent manner ... people want to be a part of that.”

Bite of the Week: Recovery Bowl at Columbia's Kairos Mediterranean

It’s easy to imagine andCHICKEN scaling up, too. Like Asanka, it’s a counter service restaurant where everything is prepped and ready to order and the interior harkens to any number of national chains. Even the logo could seemingly be pasted on various to-go containers and fit alongside other chains.

The restaurant, which held its grand opening Dec. 27 at the Village at Sandhill, is the brainchild of Elizabeth and Samuel Darko. For two years, Elizabeth and her husband have run Asanka, where Elizabeth shares samples of all their dishes to curious diners before they select their final choices. The restaurant has received rave raves from The Post and Courier’s Hanna Raskin and Free Times contributor Bach Pham.

Maybe most important to their expansion hopes: The menu is approachable and affordable.

The menu includes a bevvy of chicken options, as the name suggests. The Darkos are slinging sautéed chicken gizzards, chicken soup, chicken and waffles, rotisserie-style whole chickens and plenty more. Outside of large-sized specials, the most expensive options (a whole rotisserie chicken or 18 wings) land between $13 and $17, and most of the menu falls under $10.

“(The price) is deliberate,” Samuel explained. “Because the market is already flooded. So why should people come to you?”

For anyone who warily eyes the early aspirations of expansion and the data-driven approach, the Darkos' establishment and approach should deter any fretting.

Samuel reported that they have already been approached by two people interested in expanding the restaurant to more locations, which he readily shared is a long term goal. However, he’s pumping the brakes for now, prioritizing making andCHICKEN successful in its first location.

“What we want to do now, is to build a system,” he said. “You know, staffing, training, sourcing of quality ingredients, products. Then we know exactly how to put a franchise together … We are not there yet.”

In a rapid turn, the two conceived and launched andCHICKEN during the pandemic after looking at sales data at Asanka. The numbers showed that chicken and rice sold better than anything else, Samuel said.

Samuel admitted that Asanka’s traditionally African cuisine can be a hard sell for those who are unfamiliar, but he hoped that applying Asanka’s attention to quality, flavor and ingredient sourcing to the popular poultry will make the restaurant a hit.

To illustrate the quality on a recent visit, they insisted I sample three of their hot sauces. All were intensely flavorful and distinct, and, in one case, tongue sizzling.

The Darkos have dreams beyond franchising, though. The current andCHICKEN space also offers a bakery, coffee and a salad bar. Additionally, they want to highlight local artists and have live music on a small stage in the back of the restaurant.

It all adds up to a welcoming environment in the very commercial Village at Sandhill development.

“It's a family-style restaurant, but it's open for everybody,” Elizabeth said.