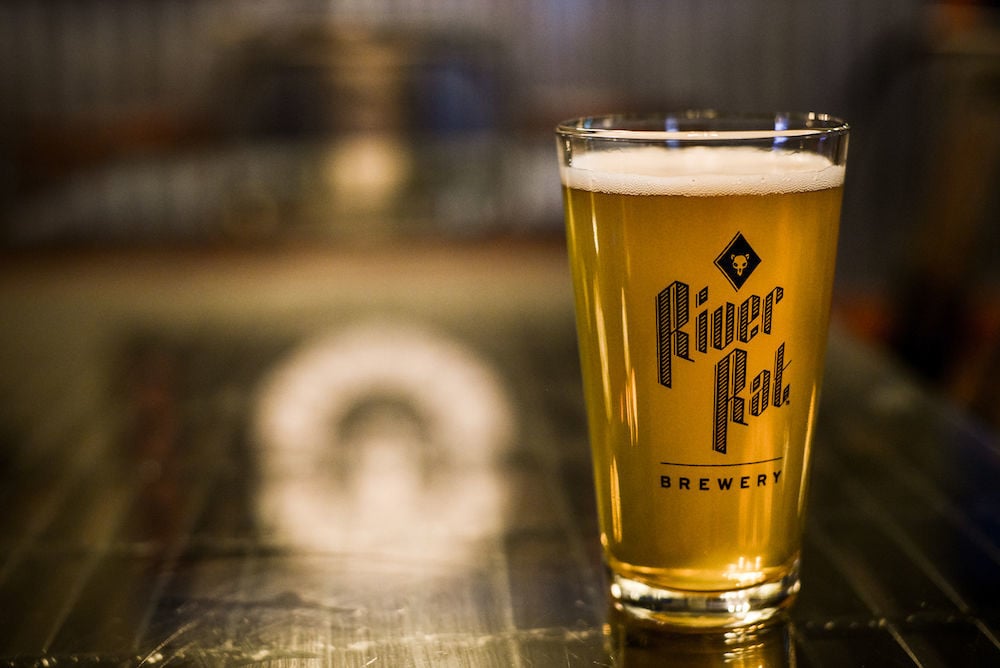 A pint of River Rat beer 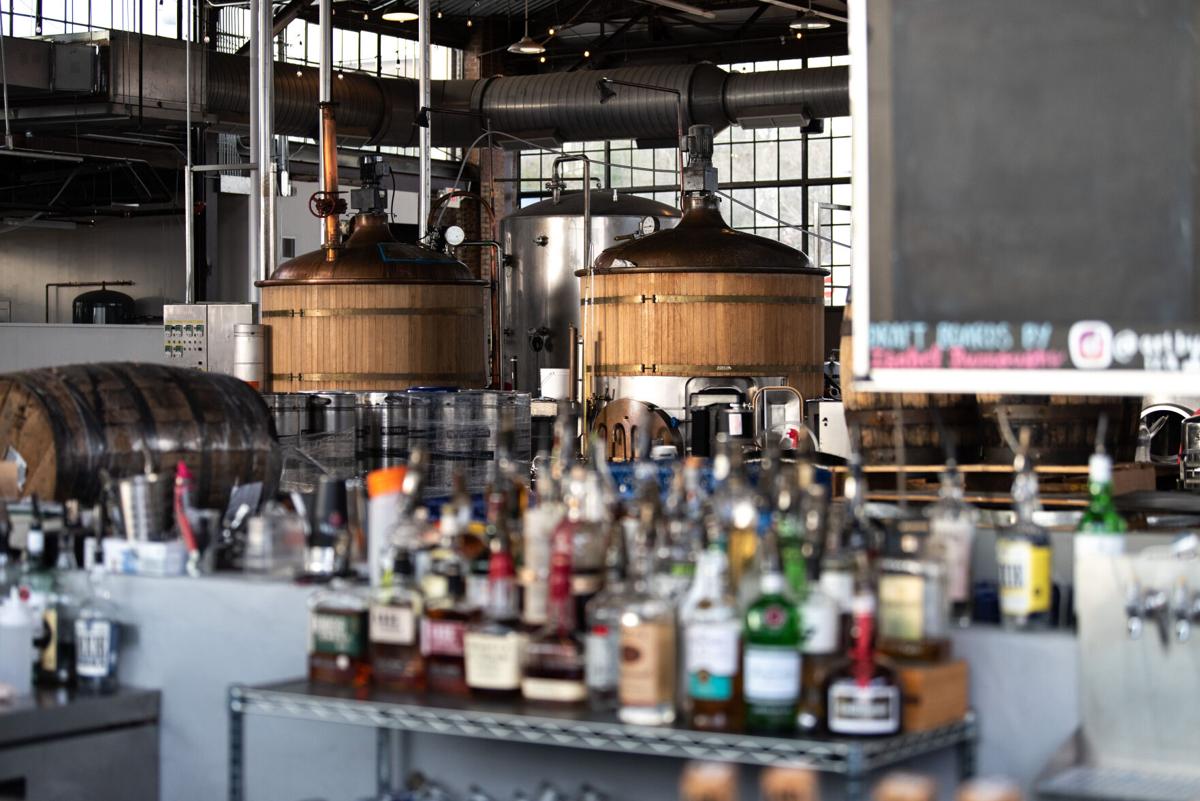 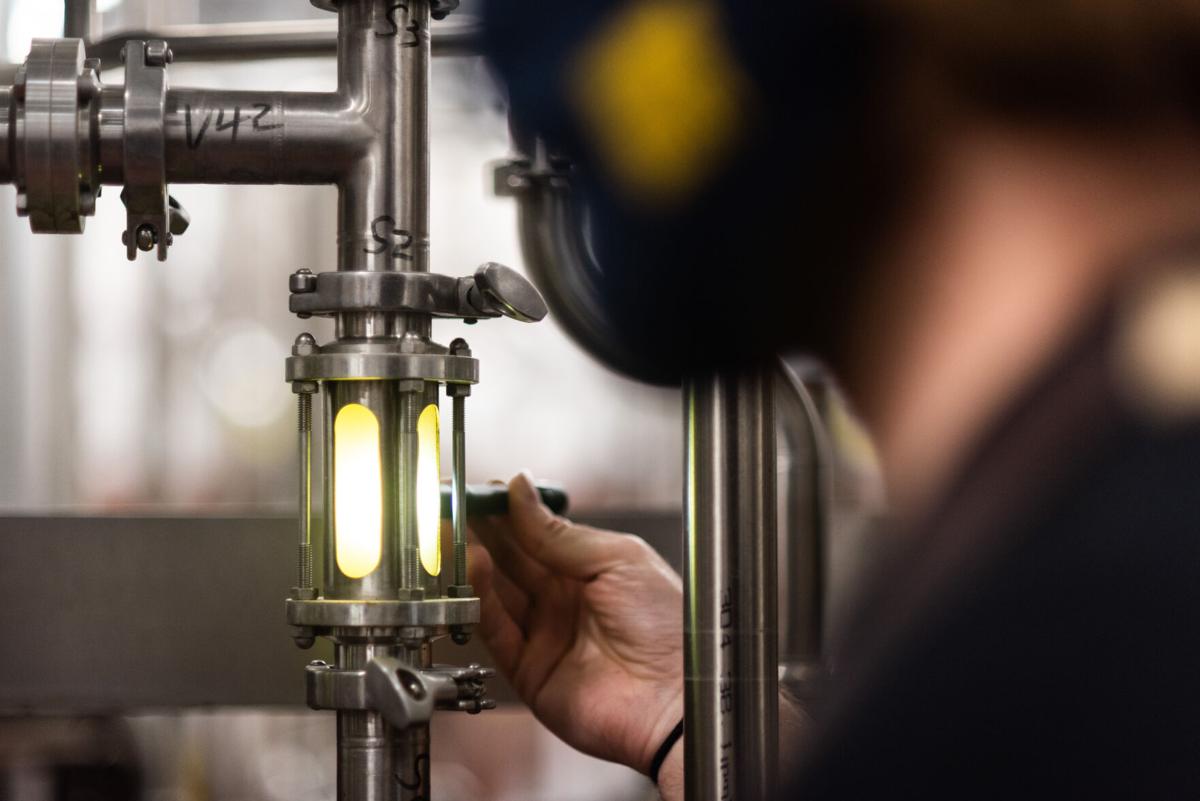 Piggott checks the progress of one beer.

Anyone familiar with craft beer has grown accustomed to the utter dominance of the New England Style India Pale Ale, an especially thick and hazy version of the omnipresent IPA.

And any Columbian knows that the summers here are hot and typically call for drinking lighter, lower ABV beers. Big hazy brews, while frequently delicious, aren't always a great fit.

That's evident in our latest roundup of seasonal releases from area breweries. Throughout the list are sours, lagers and lemonade-style ales that all suit the season in flavor and weight.

Yet, River Rat Brewery is aiming to change that, with a new “light” NEIPA that brings a lower 3.5 % ABV to the popular style. Such beers typically range between 5.5 and 7 %, and higher in frequently seen double or triple NEIPA iterations.

“We're trying to make ah all day, easy drinking (beer) but still have that New England kind of mouthfeel and flavorings to it for an IPA, which you don't have a lot of market for that yet,” said Eric Lachenmyer, the recently installed brewmaster at River Rat Brewery.

The challenge of this beer is capturing the signature characteristics of the style, its mouthfeel and haziness, while achieving the lower ABV.

Lachenmyer was hesitant to divulge too many details about how they made their attempt, but he would say that River Rat is using a lighter grain build, while utilizing similar ingredients and yeast as their prior NEIPAS.

Debuting in mid-June, he expected it to capture citrus-y,  juicy flavors that are prevalent in the brewery’s Astronaut Sauce flagship beer, but also stone fruits like plum and differing citrus notes.

“We wanted to have a summer drinking beer that you could basically have multiple of but not have it be a super heavy, even 6%, where you’re going to get too full and too beered out,” Lachenmyer said.

The full guide to Columbia’s summer beer releases is below. Tasting notes, ABVs and release dates are provided by the breweries, when available. Is your favorite spot missing? We’ll be making updates as we receive them, so check back at free-times.com.

Aged nine months in a Buffalo Trace barrel. Co-owner and brewer Kenny Hodge detailed this has “big notes of chocolate and bourbon” with a light body. Despite being a porter it should be light enough for warm days. June 5 release.

More chocolate, but this time with coconut and coffee for a medium-to-full body. Drinks with all the notes you’d expect those flavors to lend, but with some sweetness due to lactose in the brew. June 5 release.

Give the people what they want — a fruited sour. Angry Fish answers the call here, with a balanced, tropical sour that incorporates a hint of vanilla with its “loads of strawberries and pineapple,” Dodge said.

Freedom Lager (5.5 % ABV) — Hodge described this lager as “great for those warm days and lawnmower trips.” He said it's hoppier than most lagers but still light-bodied and well rounded. Late June/July release.

A creamy sour infused with black currants and bananas. It results in flavors of dark berries, passion fruit and, as expected, bananas. Late June/July release.

A strongly tart sour that features pink guava flavors that are rounded out by marshmallow and its vanilla notes. The lactose lends softer mouthfeel and sweetness for balance. Available now.

Like the other sour, this one is very acidic as well. It creates a complex taste, with different notes hitting your palette at different times, from coconut aromas to tangerine flavors and a lime-coconut finish. Available now.

To be released in conjunction with the above sour. Its tasting notes are as the name suggests and seem to fit aptly with the season. Mid-June release.

A local favorite returns. An easy-drinking, sea salt and lime focused lager. Contributor Gerald Jowers once wrote of this beer that it is “tasty and (has a) complex array of interesting flavors.” Late June release.

It’s another hazy, but this one is sticking true to the form. “Muddy and murky, in a good way,” Rodgers described the haziness of this beer. Features tasting notes of peach rings, candy and “mango juice in a hemp field.” Available now.

An old-school, English-style porter. It’s for the “beer nerds,” Rodger said. Unlike some porters, there’s no marshmallows or other adjuncts added. It’s a beer that tastes like a beer. Available now.

Rodgers also emphasized that much of the brewery’s summer offerings will include the brewery/farm’s hops. Plus, the brewery is undergoing improvements for better outdoor seating, among other aspects.

Owner and brewer Kevin Varner has released a few hazy IPAs, but is certain he’s got something new with this beer. It features a combination of New Zealand, U.S. and German hops and tasting notes of orange marmalade. June 20 release.

Name is a node to a joke in a Thomas Beckett novel. As for the beer itself, its tastes follow the name, too. Think H-G’s ESB and its richness, paired with the bitter, dark malt flavor in their porter, plus roasted barley like a stout. June 5 release.

A malty brown ale, fermented with a Norwegian farmhouse yeast at 100 degrees. Varner details that high temp plus Mandarina Bavaria hops make a slightly bitter orange flavor. After aging for nine months in bourbon barrels, it has oak and bourbon flavors, too. June 5 release.

New brewmaster Eric Lachenmyer described it as a “favorite around town.” It features their hazelnut brown recipe and throws in (literally) Cinnamon Toast Crunch in the tank for over three days. Released May 29.

A bright gose, with a key lime-tinted color. Slightly salted, with key lime puree for tartness. High carbonation lends itself to a nice mouthfeel. Releases this week.

The brewery takes its Luminescent Lager and infuses it with lemongrass. The lemongrass adds its signature tasting notes, along with some effervescence. Lachenmyer described the beer as “summertime zip.” End of June release.

French-style saison, is back for the first time in two and a half years. A yeast-driven beer that drinks fairly heavy and bright. Features a hint of pear. End of July release.

Coming at the tail end of summer, River Rat nods toward the fall and Oktoberfest with this brew. A heavy-hitting, hopped-up and slightly darker-than-usual lager. Late July release.

Limited release on draft and in six-pack cans. A sweet and tart brew that features peaches from Watsonia Farms in Monetta., and malt from Palmetto Malt. Mid-July release.