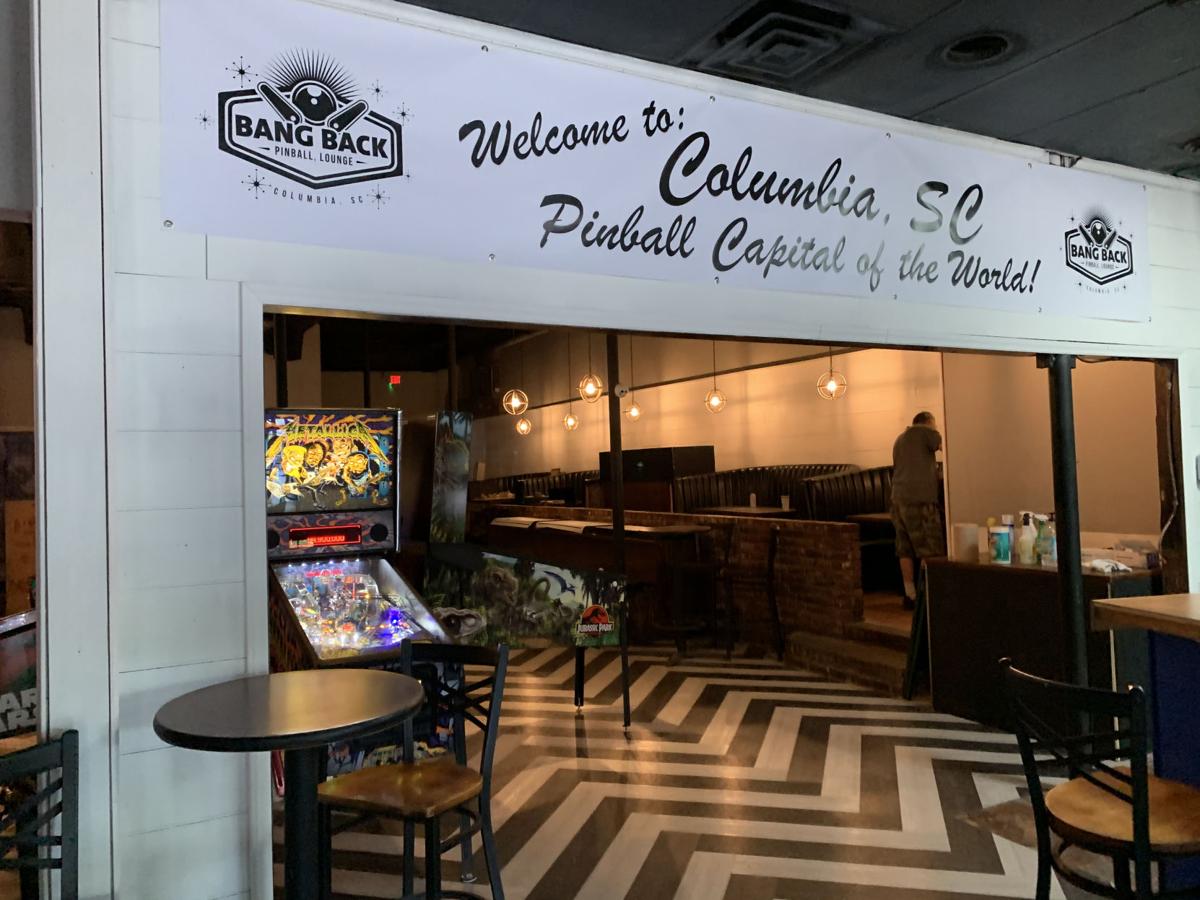 A sign in Bang Back proclaims Columbia is the “pinball capital of the world!” 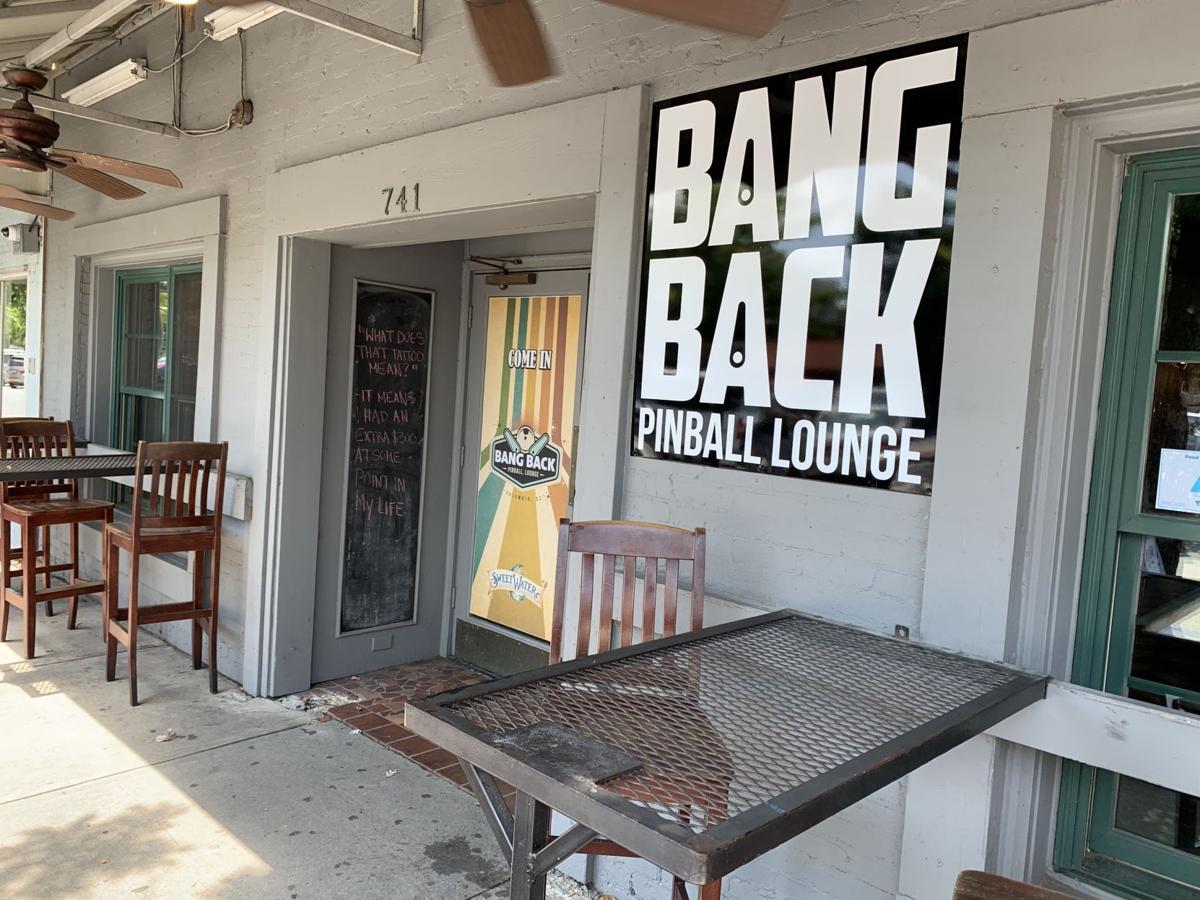 The front door to Bang Back Pinball Lounge 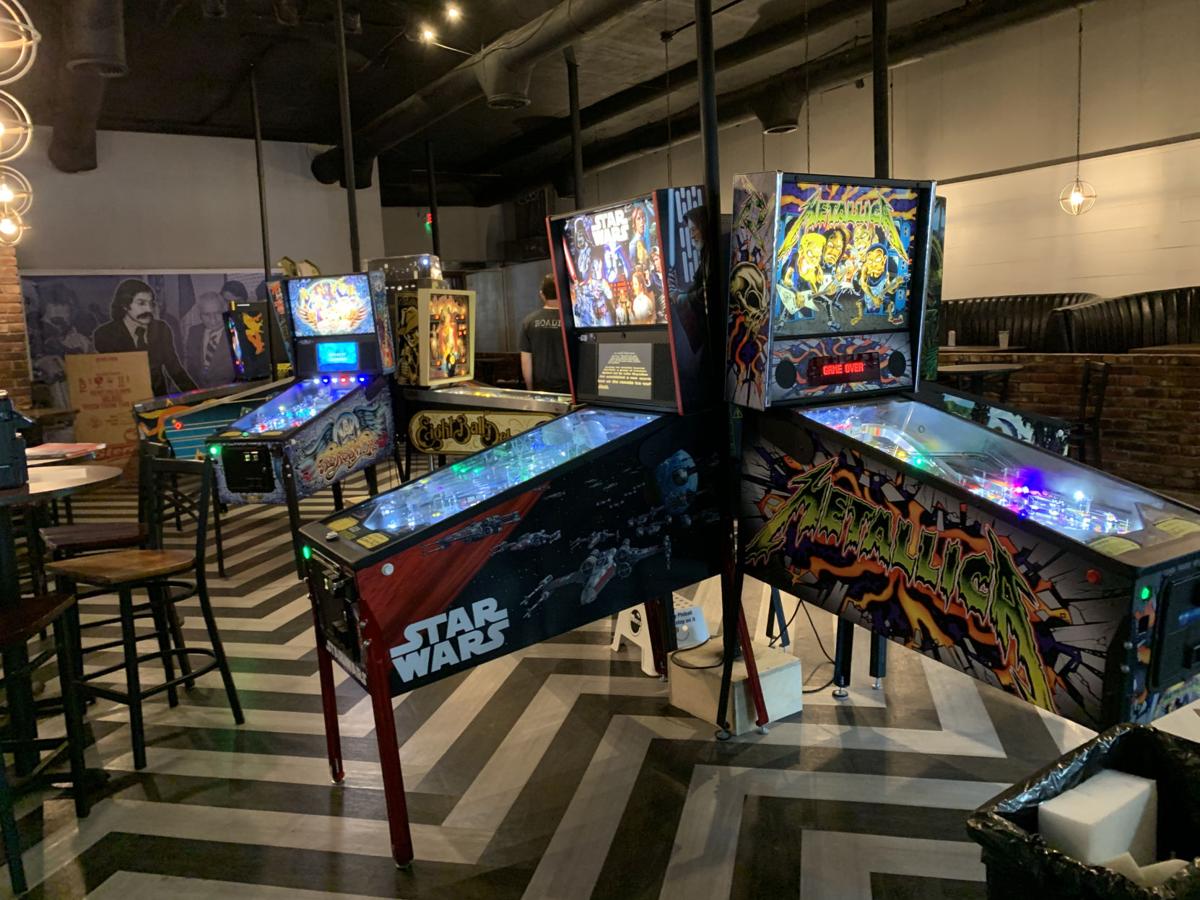 Some of the available pinball machines. Photo by David Clarey

Frederick Richardson lives and breathes pinball. He currently ranks as the No. 108 player in the world per the International Flipper Pinball Association (he reached a peak ranking of No. 13 back in 1994). He spits pinball lingo and history like he's a living encyclopedia of the game.

And now he has his own pinball business in Five Points, the new Bang Back Pinball Lounge.

“What we’re trying to do here is create a great environment to really celebrate pinball,” he tells Free Times. “We celebrate the art and entertainment of pinball.”

On the back wall of the space formerly occupied by the short-lived Fall Line Bar and Grill (and before that the long-lived Delaney's Music Pub and Eatery), there's a wall-sized photo of Roger Sharpe, a pinball legend of sorts, showcasing to skeptical lawmakers that the then-illegal game was a contest of skill, not chance (i.e. gambling).

Richardson isn't shy about boasting when it comes to the new endeavor. He posits that his lounge is the only place in the country where the machines are guaranteed to work 100 percent of the time, and he says he has a replacement machine that’s ready to take its place within 15 to 20 minutes.

Throughout the bar are machines positioned in ways that allow people to watch closely and to admire the art that graces the sides of the machines. Richardson says that his employees are either pinball experts or receiving training to be able to instruct newcomers on how the machines work and the special rules in each game. They also all know how to work the machines for any maintenance needed, the owner explains.

“We talk about the language of pinball ... orbits, loops, rollovers, pop bumpers, out lanes, return lane, slingshots,” Richardson offers. “We teach how to speak pinball.”

But Bang Back is more than just pinball. It's also a full bar and restaurant, which Richardson dubs the Funky Fresh Food Truck, with a host of local offerings. On tap, he has ubiquitous national brands like Truly spiked seltzer, but supplements those with local breweries Columbia Craft and Steel Hands, with more local brands to come.

In the kitchen, it's an eclectic menu that accents cuisines around the world with Southern flavors. There are options like bao buns, carnitas tacos and a Lowcountry egg roll — which is an egg roll stuffed with chorizo, cotija, braised chicken, collard greens, onions and a smoked mustard vinaigrette.

All the options range from $6 to $10, and Richardson compares them to tapas sized plates.

“I loathe to use the term stoner food, but I mean it's all super flavorful, and again good quality, good portion size,” he says.

Richardson says he’s worked as a consultant on numerous arcade-style bars in cities like Denver, Minneapolis and Columbus, Ohio. The move to own a pinball bar though is a first for him.

He says that Marc Mandeltort, owner of Marcos Specialties in Lexington, one of the leading suppliers of pinball parts and machines in the country, reached out to him with a different concept. Through that, he grew acquainted with Columbia, its market demographics and the city’s lack of similar spaces.

He signed a lease for the former Fall Line Kitchen and Grill space and has put extensive work into it. The bathrooms have been renovated, he claims the air conditioning works for the first time in years, while other work includes a new floor and more.

Bang Back isn't the first Columbia establishment to jump into this breach. The Transmission Arcade bar opened recently on Main Street, with a pinball-heavy game selection.

“I mean, this city's perfect. … Because there's nothing here,” Richardson explains. “They got nothing to compare us to.”

Bang Back will host tournaments that count towards the International Flipper Pinball Association rankings, with others catered specifically toward women and one specifically for children to learn more about the game.

While some of those events might be tilted toward those who already live and breathe pinball, Richardson says he hopes the business is a welcoming environment for everyone.

“The thing is pinball is a social activity. This is the bowling of the ‘70s,” he says. “This is kind of a social experiment, I’m really trying to bring people together.”

Bang Back is currently still in its initial opening phase — when Free Times visited on June 26, the sound system was being set up — but it's certainly open for business. Richardson expects the club to be fully open by the week of July 6.