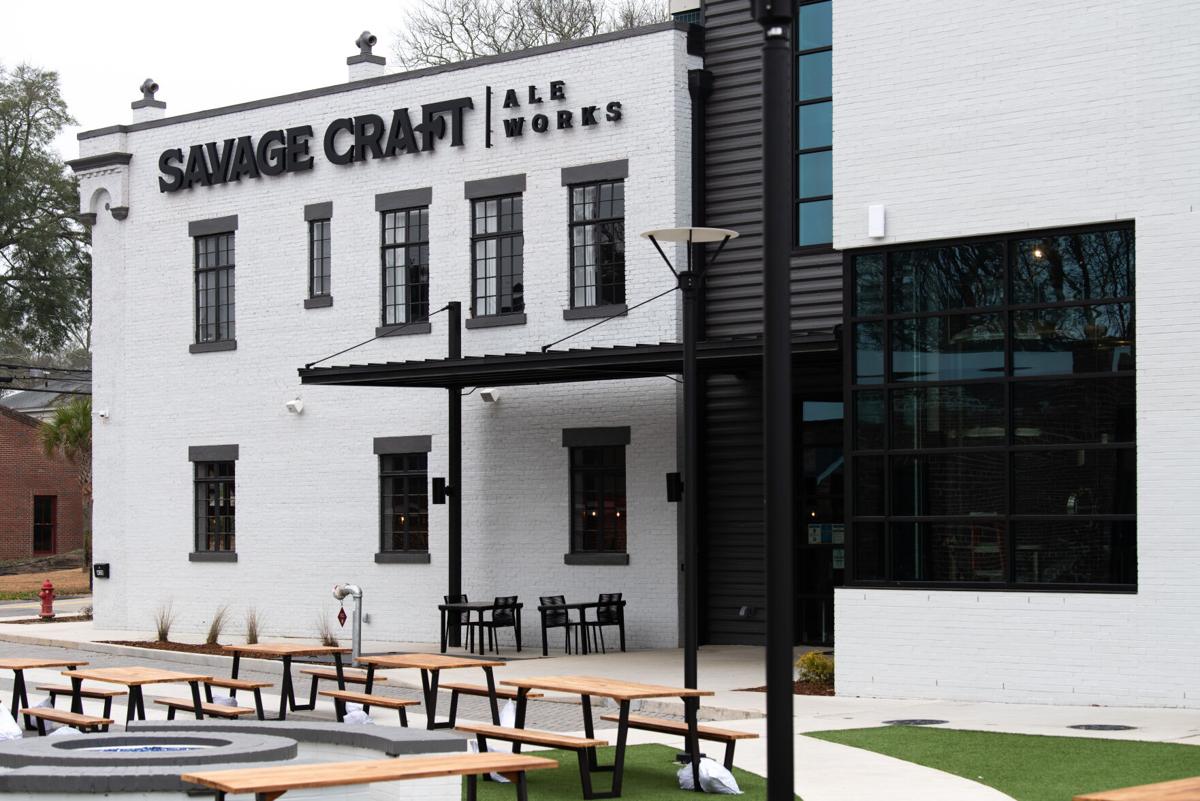 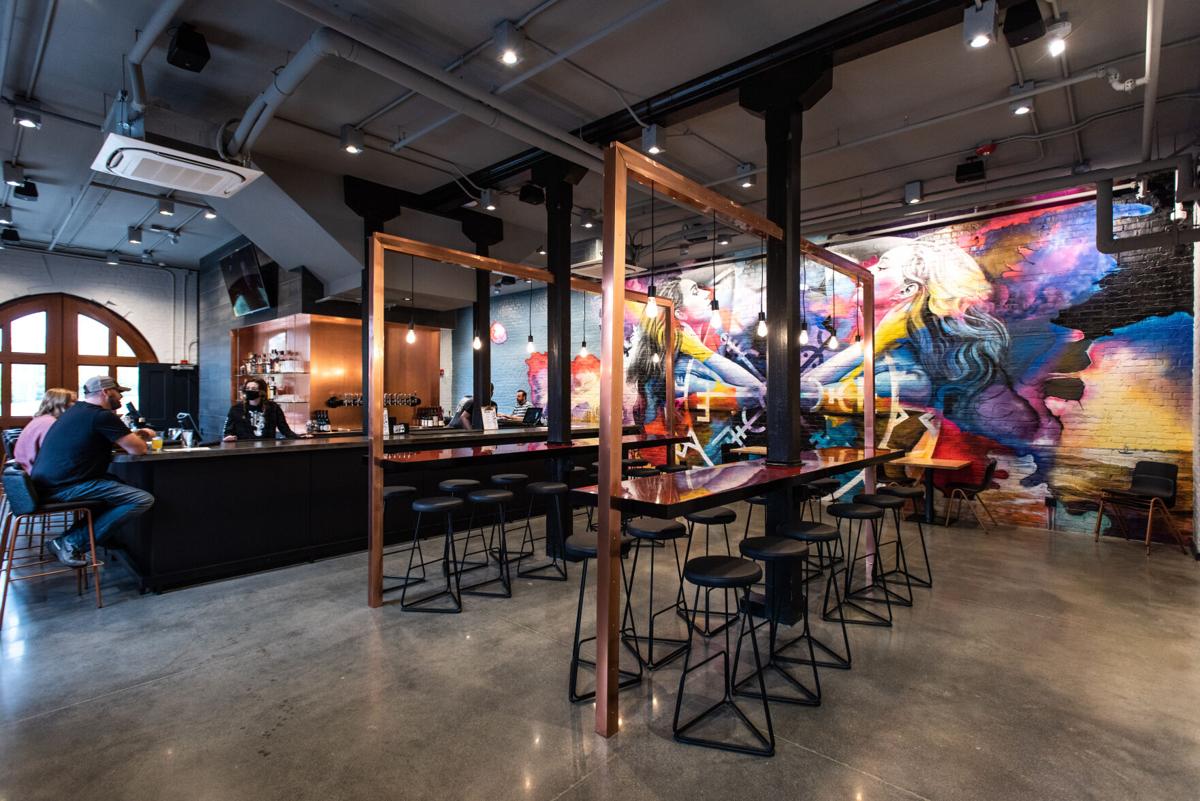 In neighboring Cayce and West Columbia, the latter of which is home to the almost finished Savage Craft Ale Works, the promise of something big is in place.

Roughly a half mile away from the new brewery, which sits just off State Street’s growing dining and shopping corridor, WECO Bottle and Biergarten is open on Meeting Street, and just over two miles away, the popular Steel Hands Brewing is open in Cayce. Both have been hits since they debuted (WECO in late 2019 and Steel Hands in late 2018).

With Steel Hands, local brews are served in an industrial-like area befitting the brewery’s name, while a menu of sophisticated bar food and frequent live music on an outdoor stage flesh out the scene. The production brewery has also helped bolster the area’s reputation, putting a variety of six-pack cans into distribution.

With a host of German and European staples matching its quickly rotating selection of adventurous American craft beer, WECO offers variety and a spacious outdoor drinking area, fostering an approachable neighborhood bar vibe that one can enjoy safely during the ongoing COVID-19 pandemic.

The 10 Best Beers in Columbia

With Savage Craft having opened at the end of January, the cities across the river now possess a dynamic trio of craft beer spots that rivals anything on the Columbia side.

Befitting the perception that the Lexington County side of the river is the business-friendly side, both Steel Hands and Savage Craft are focused on more than just producing beer. They extend the trend of breweries looking to become destinations for dining and hanging out beyond people interested in thinking hard about the beer in their glass.

Savage Craft opened after a lengthy build-up and build-out of the Old Brookland City Hall and Fire Station, and the small estate is beautiful in the way shiny new things often are, with a biergarten, taproom and rooftop bar area.

All three spaces feel distinct from one another. The outdoor biergarten sports ample seating, faux grass and a permanent stage for entertainment. The taproom has a modern craft beer vibe, with exposed wood, a colorful mural and flat grey everything else. The rooftop mirrors others in the city, with a charming view of the Columbia skyline, ample heaters to help customers brave cool temperatures and a walk-up bar for cocktails and other pours.

Each space also has its own food menu, each fitting what I assume is the vision for each space. The rooftop bar has snacks, the taproom a mix of tapas-style small plates and composed larger dishes (like a Duck Confit Dagwood or short ribs served alongside horseradish grits cakes), and the biergarten has sandwiches.

All of the fare is the kind one expects to see served at a modern brewery these days — likely to be described as elevated bar food, with a from-scratch kitchen touch. That’s a good thing, particularly in a city like ours, where bar food reigns supreme.

All told, Savage Craft is an ambitious and exciting project, and it's easy to envision customers coming out in droves — and they already have, to the chagrin of some.

Pictures on social media showed big crowds at Savage Craft’s Jan. 30 grand opening. Some were upset about the scene.

“(They) apparently don’t care at all about COVID safety,” one Columbia Facebook user posted along with a picture they snapped of Savage Craft’s densely populated patio. “No masks in sight, no social distance rules. Soooo, count me out from ever drinking there.”

There were many others on social media who enthused about the fun they had during opening day, expressing no concern that the event could be detrimental to public health.

As for what the new brewery’s owners, who have repeatedly declined to reveal themselves publicly, think of that scene and the ensuing reaction to it, that remains unknown.

They’re press-averse folk, a manager told me when I went to the brewery to pursue an interview. The best she could do was pass along an email. She told me roughly seven others had tried to make contact that way. No luck.

Savage Craft’s opening may have crossed the line as far as drinking responsibly during a pandemic, but the brewery has the right idea when it comes to its multifaceted approach and multiple cozy outdoor areas.

In 2019, River Rat Brewery’s Mike Tourville told Free Times about the success his business has seen since emphasizing liquor options, upgrading its patio, and adding a rooftop bar.

“In order to survive, we made it our business,” he said of the brewery’s efforts to diversify its appeal. “That’s the way you stay alive these days.”

During my first visit to Savage Craft last week, minor construction was ongoing, and, of their introductory beers, two brews — a cream ale and a pale ale, both unnamed — were on tap, alongside full bar offerings. I tried the cream ale, which was easy-drinking and exceedingly light.

From a beer standpoint, it would be unfair to issue any kind of permanent judgement at this early stage. But the early offerings — particularly the cream ale, a minimalist brew in which it’s hard to hide imperfections — are ambitious starting points that beg for comparisons to other breweries in the Midlands.

Neither offers a clear direction for what beer niche Savage Craft might carve out for itself in the local beer scene, and the “Our Beer” section on the brewery’s website doesn’t offer many clues.

“We strive to produce beers of distinct quality and variety, for beer lovers and beer beginners alike,” reads the introductory mission statement. “Quality, for us, is crafted by the best ingredients and bold creativity.”

Much like the broader West Columbia-Cayce craft beer scene, Savage Craft is a work in progress that overflows with potential.