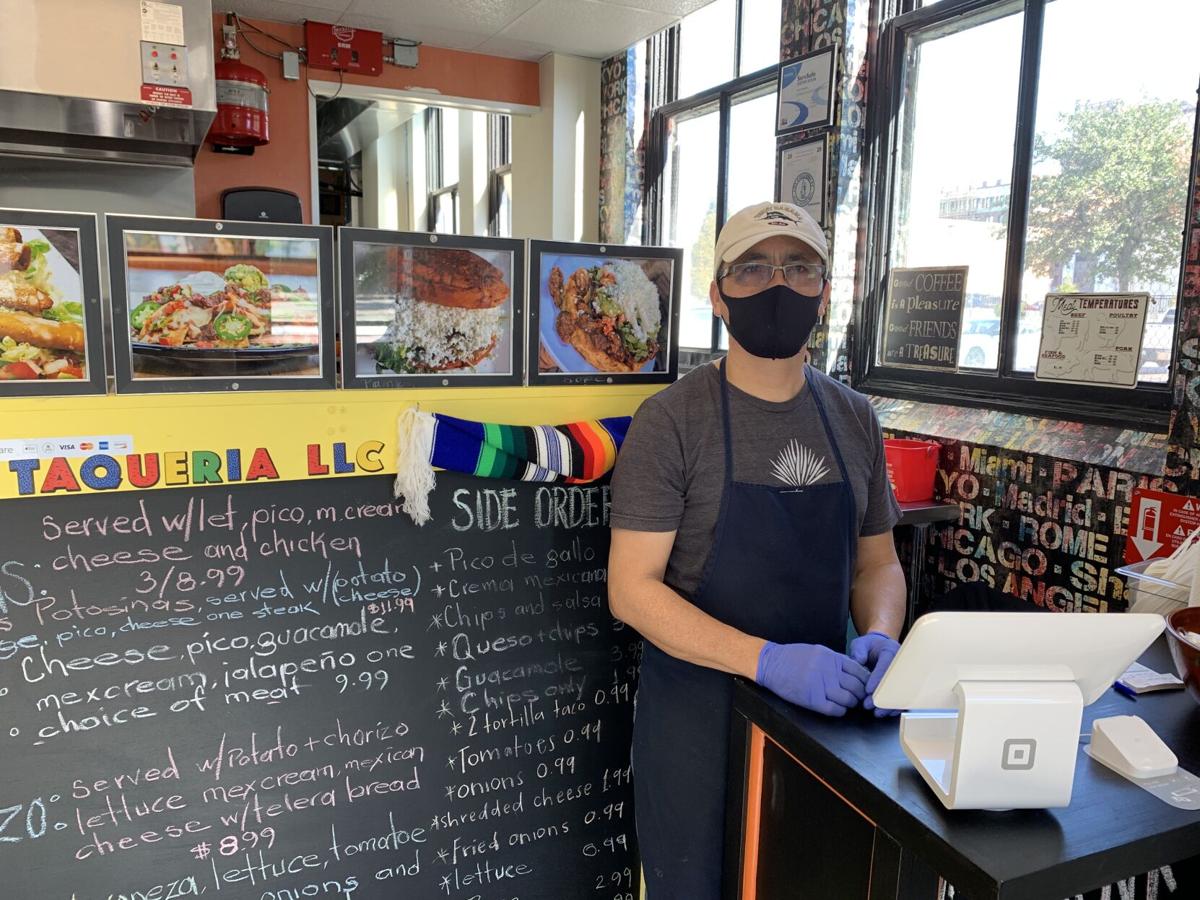 Jesus Ramirez posed for a photo in Family Fresh Mex. 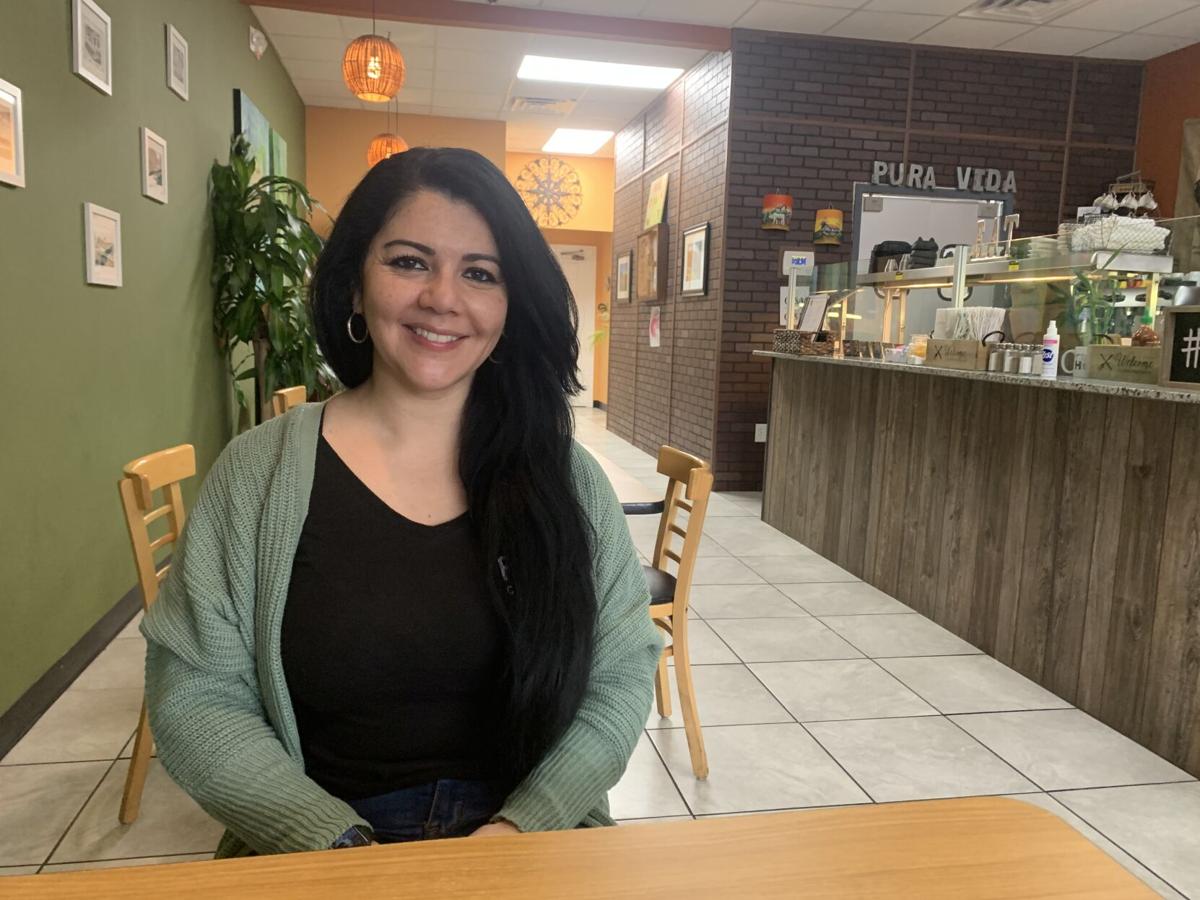 Yessie Hernandez posed for a photo in the Columbia location of Fusion Cocina Latina. She recently opened a second location in Lexington. 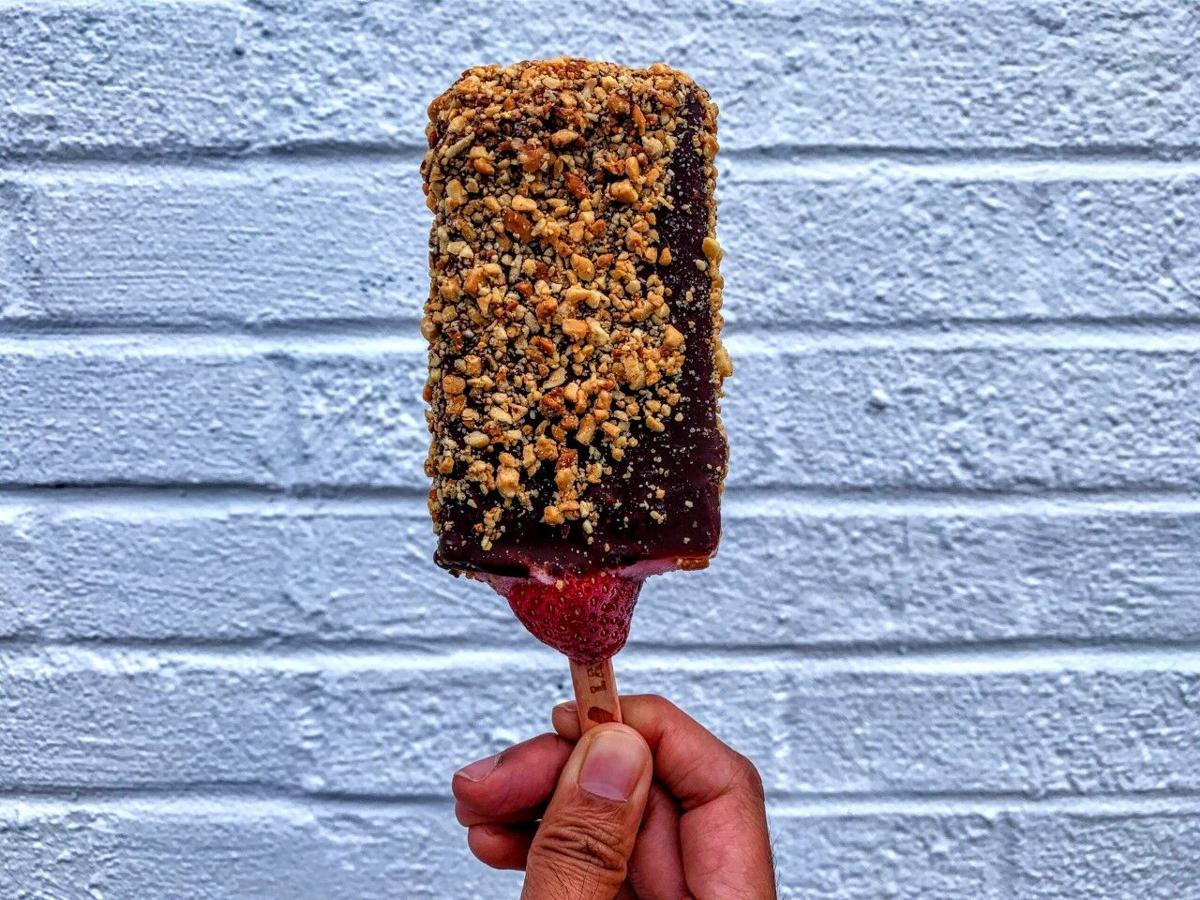 A paleta from La Paleta.

The Family Fresh Mex food truck was in operation for more than six years before its owners were ready to open a brick-and-mortar location.

It would take almost two more years of waiting for government inspections and COVID-19 restrictions to relent before they could open across from the Statehouse on Columbia’s Main Street.

And while they’re now operating, the pandemic remains a devastating force for restaurants’ bottom lines, particularly for those like Family Fresh Mex, which face a dearth of office activity in the downtown area.

“There’s a lot of people still working one or two days out of the office. (There) used to be 200 in the office, now it’s six,” said Jesus Ramirez, a partner in the restaurant. “It’s not easy, but we have to try.”

Family Fresh Mex joins La Paleta a Mexican dessert shop La Paleta on Fort Jackson Boulevard, and Fusion Cocina Latina, which opened its first location on Decker Boulevard and a second location in Lexington since the start of the pandemic, in trying to get a traditionally rooted Latin American restaurant off the ground during COVID-19.

Such restaurants haven’t had it any easier than the rest during a year plagued by coronavirus. According to a November report from el Restaurante, a trade publication for Mexican restaurants, the sector has trended down, in line with the broader restaurant industry.

Nearly three out of four independent Mexican restaurants polled nationally shared they faced losses compared to the previous year. Of the restaurants losing money, 27 percent reported numbers that were less than half of what they posted in 2019.

It’s a troubling sign for a sector that had been growing well as of two years ago. The 2018 version of that report detailed that the number of independent Mexican restaurants had increased from roughly 45,000 to 46,300.

Family Fresh Mex’s Ramirez readily admitted that business is low. He said the restaurant is attempting to be creative in finding ways to improve their situation.

Currently, they run the business with a slim staff — on a recent Thursday, it was just Ramirez and his wife, Cristine, working in the snug shop — and they’re mulling expanding hours, along with launching daily specials. He also detailed that their landlord has offered temporary rent relief.

Despite the troubling circumstances, Ramirez is staying positive and asserted that he doesn’t worry about the new restaurant’s future.

La Paleta opened in July, specializing in its titular treat, a type of Mexican fresh fruit popsicle. Owner Elizabeth Navarro reported tepid interest, though business has picked up some.

“We have a lot of customers that are trying to basically tell us to stay open, but it's just been so stressful, with everything,” she said.

Navarro theorized that a lack of awareness hampered her early on. She also pointed to a harsh winter dampening enthusiasm for frozen desserts.

Navarro has been forced to close the store at times on weekdays due to the lack of business. She’s started offering new products and posted frequently on social media in an attempt to drum up business. Along with those efforts, the recent turn toward warmer weather has helped.

“I honestly don’t know what my expectations were, I honestly thought the store would have hardships, but I didn’t think it’d be this tough,” Navarro lamented. “I definitely thought it was going to be smooth.”

New Lexington shop looks to 'bring a dessert onto a cookie'

In Lexington, Hernandez said that brunch, popular at the Columbia location, started out sluggish. The first weekend they offered it, she said they had roughly two customers. The second weekend that grew to 10 at the most, and by their third weekend, they served more than 30 diners.

“There’s new restaurants like our restaurant that opened during or after the pandemic, so what is normal for those restaurants?” she said of trying to figure things out right tnow. “So this is what we know now. It’s like those kids who grew up before technology and after technology.”

She looked at existing restaurants for inspiration for her duo of Costa Rican-Latin fusion eateries and noted that the ones doing well had pivoted to delivery services. Meanwhile, she’s faced similar issues with product prices and availability, specifically with meat, but has attempted to manage customer expectations about menu options and price changes.

Like the other owners, she admitted that current business conditions are trying, but she attempted to strike a positive chord.

“There’s days where you question your own decisions, but you always have to go with your gut feeling, with understanding that your experience led you to make this decision,” Hernandez concluded. “I’m happy for it and I’m willing to work as many hours as I have to and put all the effort in.