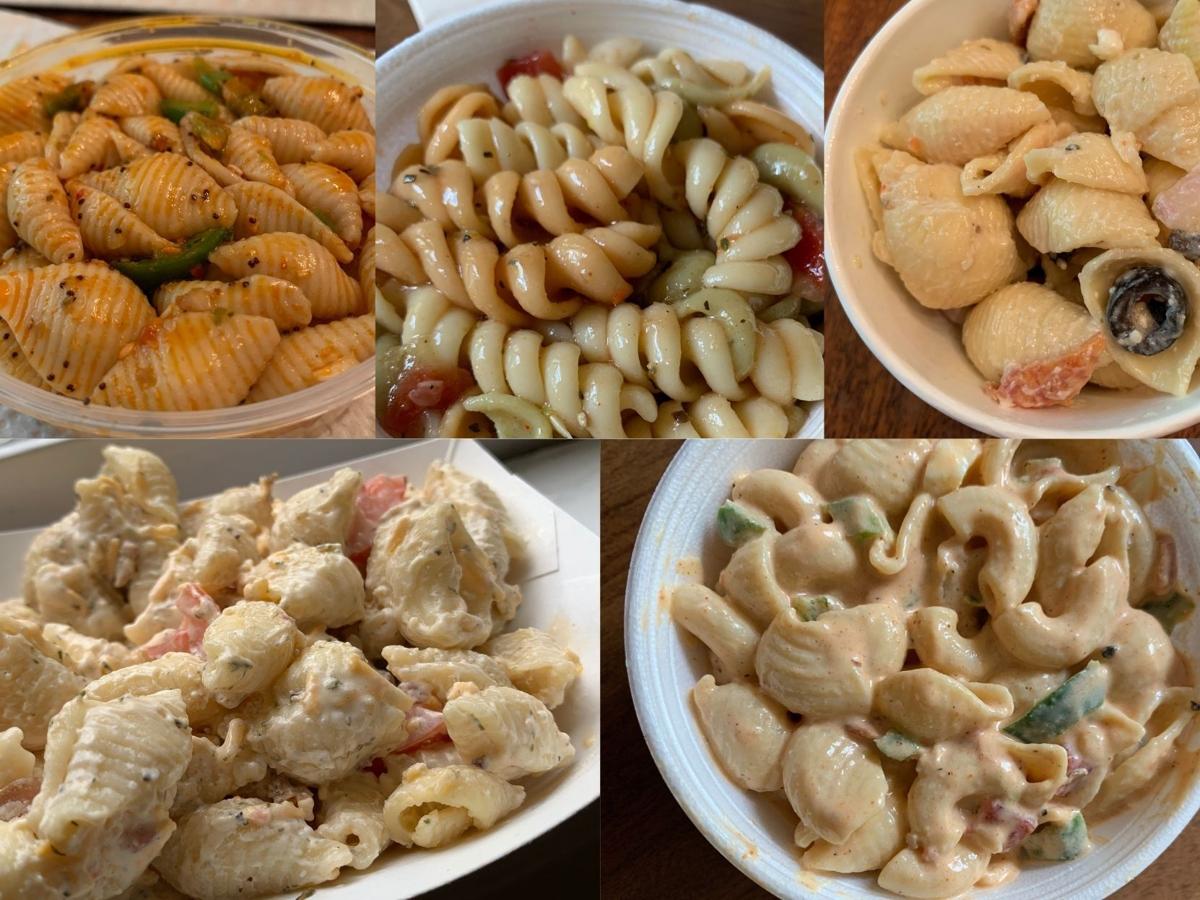 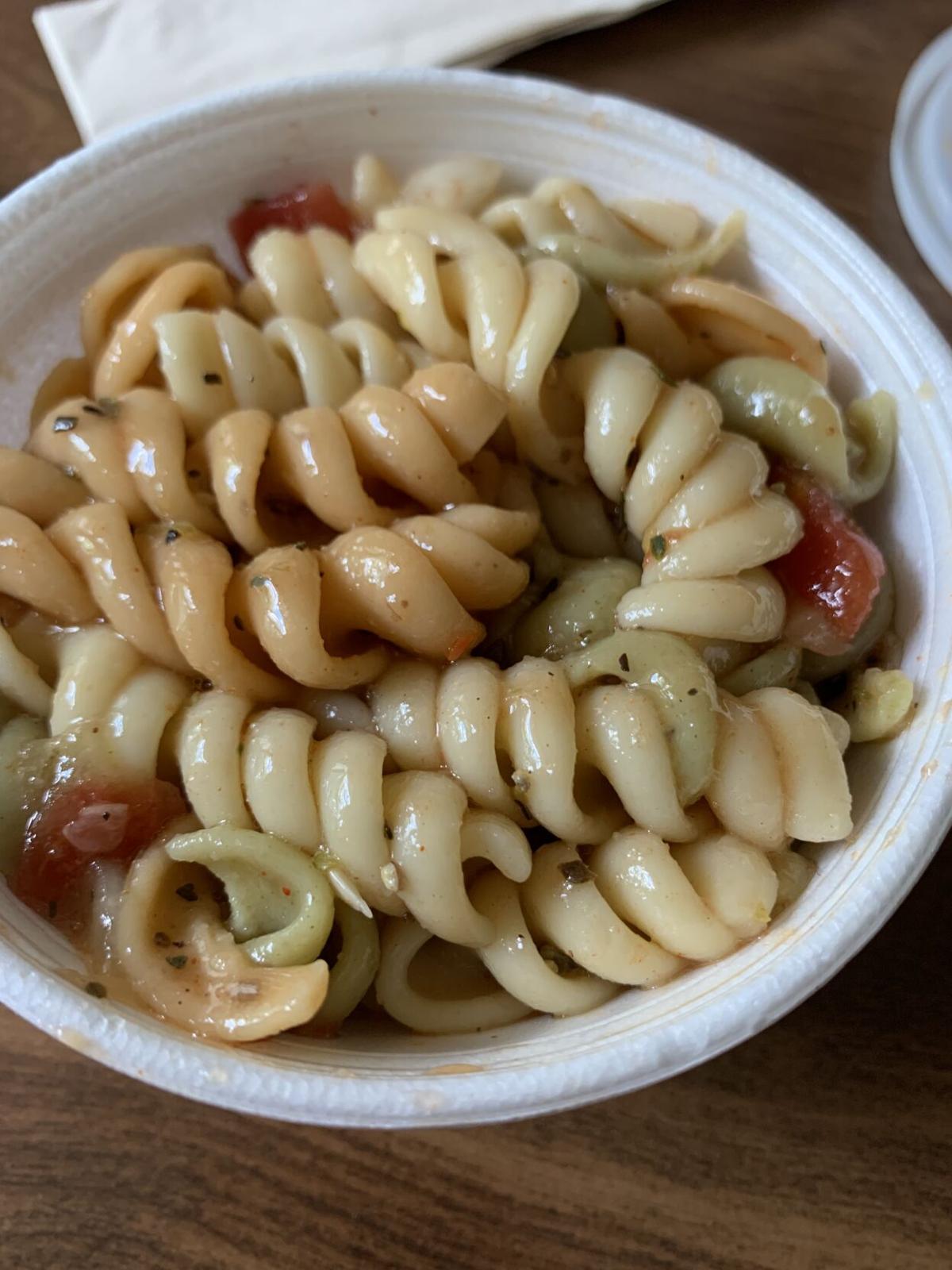 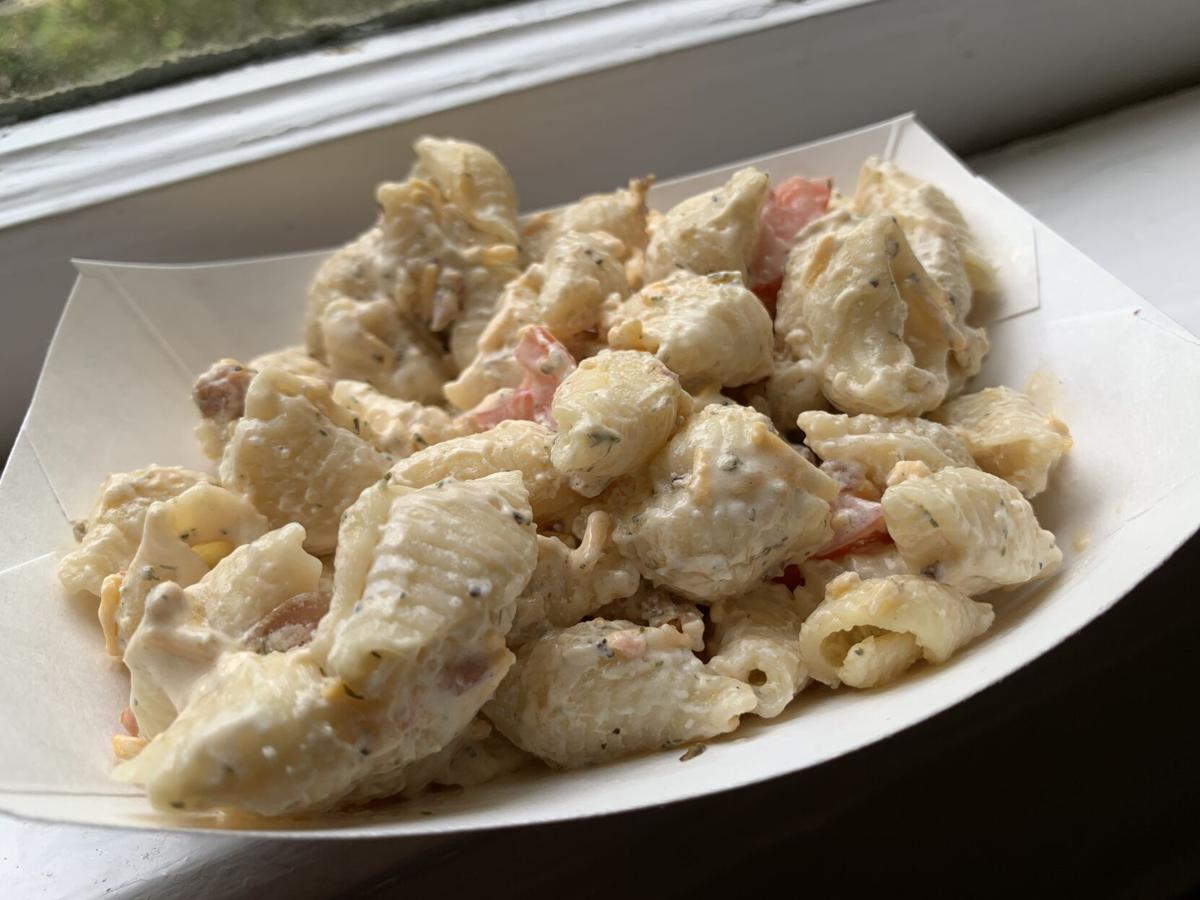 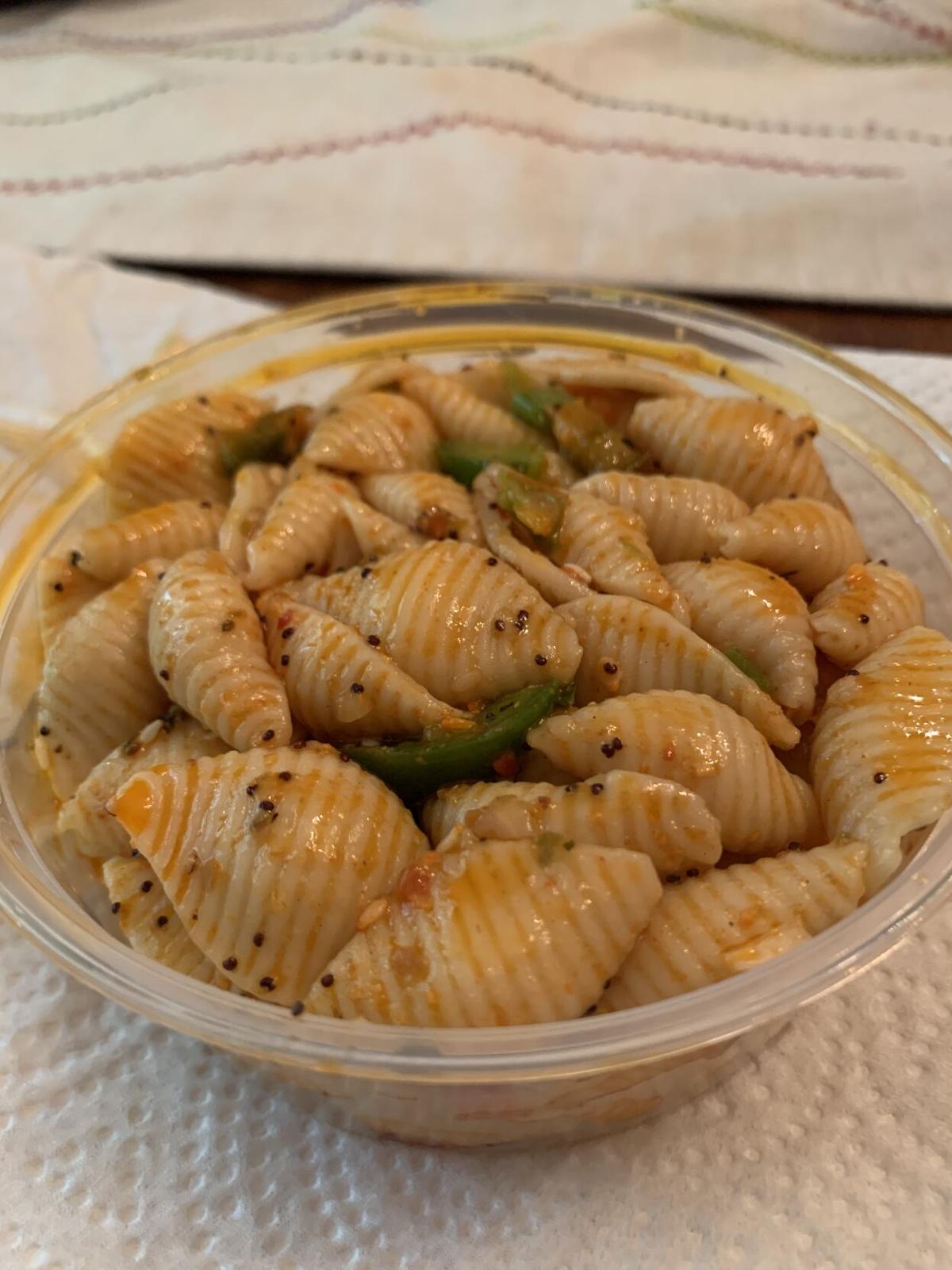 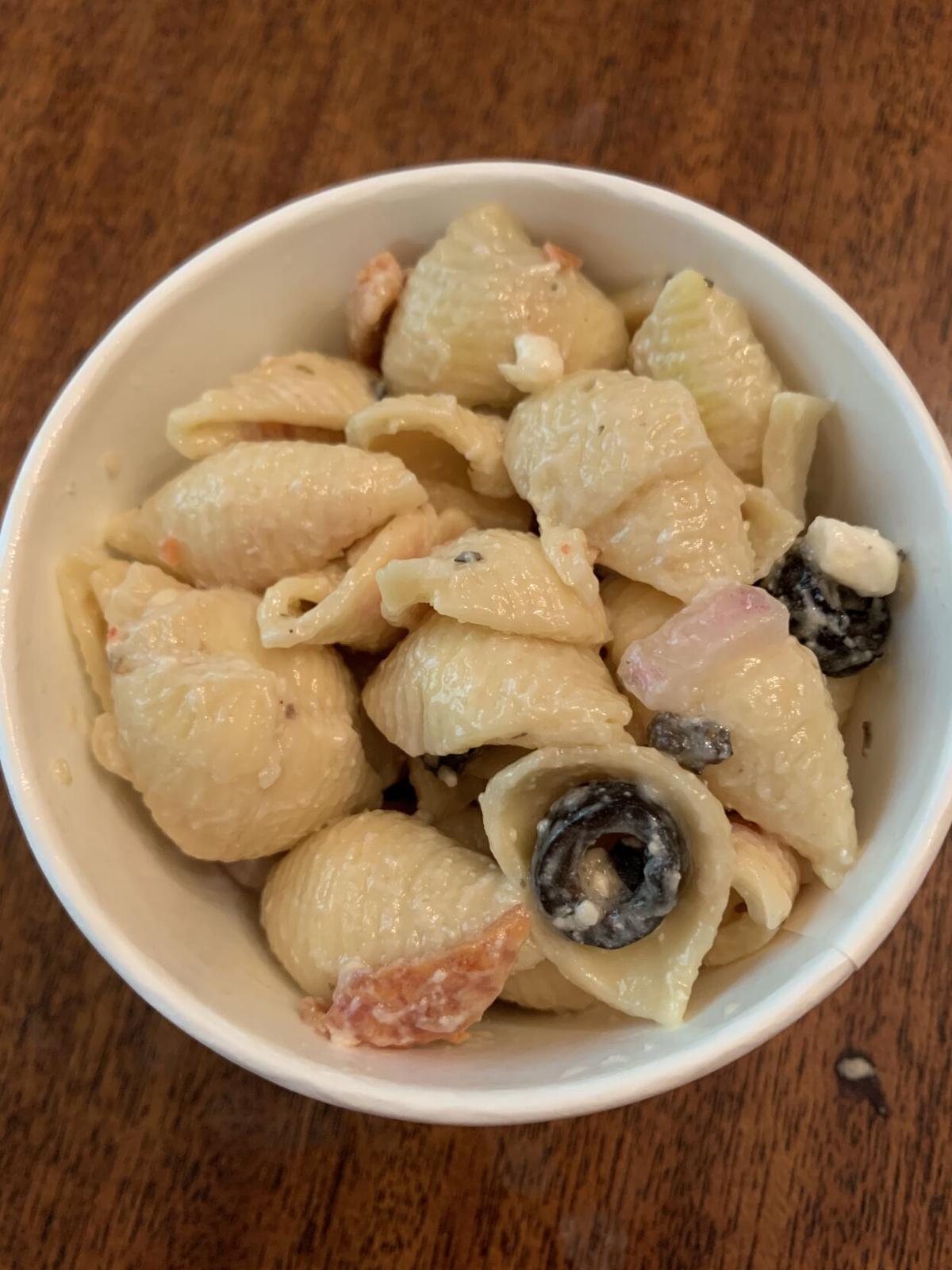 Pasta salad is the perfect dish for a warm summer day. You'll find it at just about any backyard cookout. Or at your favorite local deli. Or maybe you carry it along to a picnic on the riverwalk.

Whether you prefer rotini or bowtie, elbows or shells, creamy Italian dressing or vinegar-based, there's a pasta salad out there for you. If you're an olive person, throw some in there. Heck, you can even add bacon if you want. There are virtually no rules when it comes to pasta salad.

And I think some people might say, "Well if there are no rules, then what's the point? Where do we draw the line between what is and what isn't pasta salad?" To which I would argue that's the beauty of pasta salad — it can be what you want it to be.

Typically, though, pasta salad is made up of one or more types of pasta noodles, served cold, with a dressing of sorts and often cheese — usually feta or parmesan — and vegetables like tomatoes and bell peppers. The popular, typically American dish dates back to the early 1910s.

It's bananas. Well, actually it's cake. How a Columbia baker went viral for deceptive cakes

And while you could easily whip up a pasta salad in about as much time as it takes to boil the pasta — so less than 15 minutes — there are plenty of great spots to get your fix in Columbia.

I prefer creamy pasta salad and I care deeply about bacon, so I find joy in Spotted Salamander Cafe and Catering's BLT pasta salad — one of the best pasta salads in the area, in my humble opinion. It's mayo-based, and it's got the right amount of bacon and tomatoes to accompany the soft elbow pasta. With a creamy texture and cheddar cheese thrown in there, it's everything I love about the cafe's style of putting unique spins on southern classics.

But maybe you're like my roommate and you are deeply passionate about feta cheese. If that's the case, you'd love the pasta salad from East Bay Deli.

The Charleston-based chain that's made its way to Columbia has a creamy Italian-dressing based pasta with lots of feta and olives. While I wasn't a huge fan of the olives or the pasta salad, my roommate loved it. It's more on the creamy side and has a lot less tang than some other pasta salads, but that doesn't mean there's not someone out there who would enjoy it.

But if you are a person who does prefer a little tang to your pasta salad, there are two Columbia-based pasta salads that you might like.

DiPrato's, an Italian deli on Pickens Street, has an Italian dressing-based pasta salad. It's zesty and full of flavor, with vegetables like celery and bell peppers as well as some minced garlic and poppy seeds thrown in. The dressing gives it a red tint and an oily texture. But the dish's prominent flavors make it difficult to imagine as a subtle side to a main course dish. It beckons for your attention.

For a little less zest, but all the traditional flavors of a backyard-style pasta salad, you might find you enjoy No Name Deli's Rotini pasta salad. The dish is vinegar based and is probably the closest to a typical pasta salad — multicolored rotini pasta, slathered in dressing with tomatoes and bell peppers and feta cheese.

However you like your pasta salad, skip making it at home once or twice this summer and order it from one of the cafes mentioned (or one that I didn't mention). Columbia's got some wonderful pasta salad offerings no matter what you're into. As Marge Simpson once said, "It’ll be good for the economy."