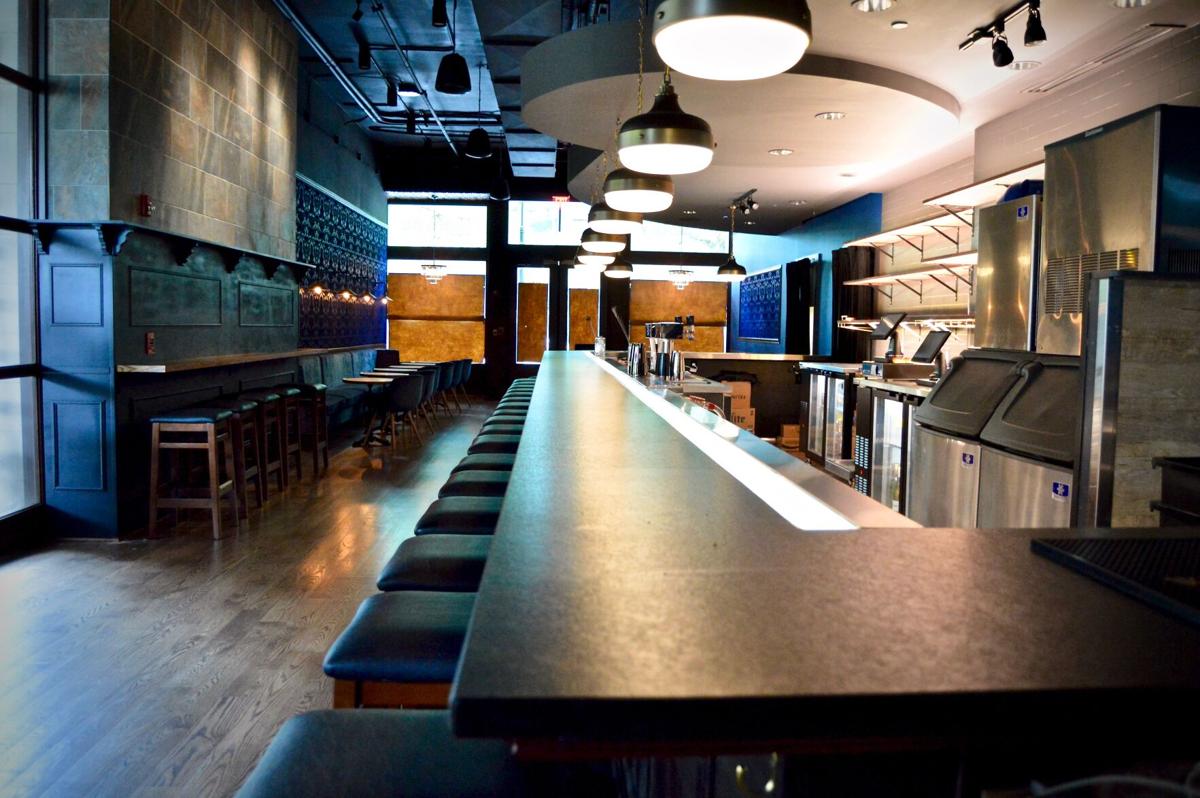 The bar at Bourbon's new cocktail lounge, which will soft open this week. 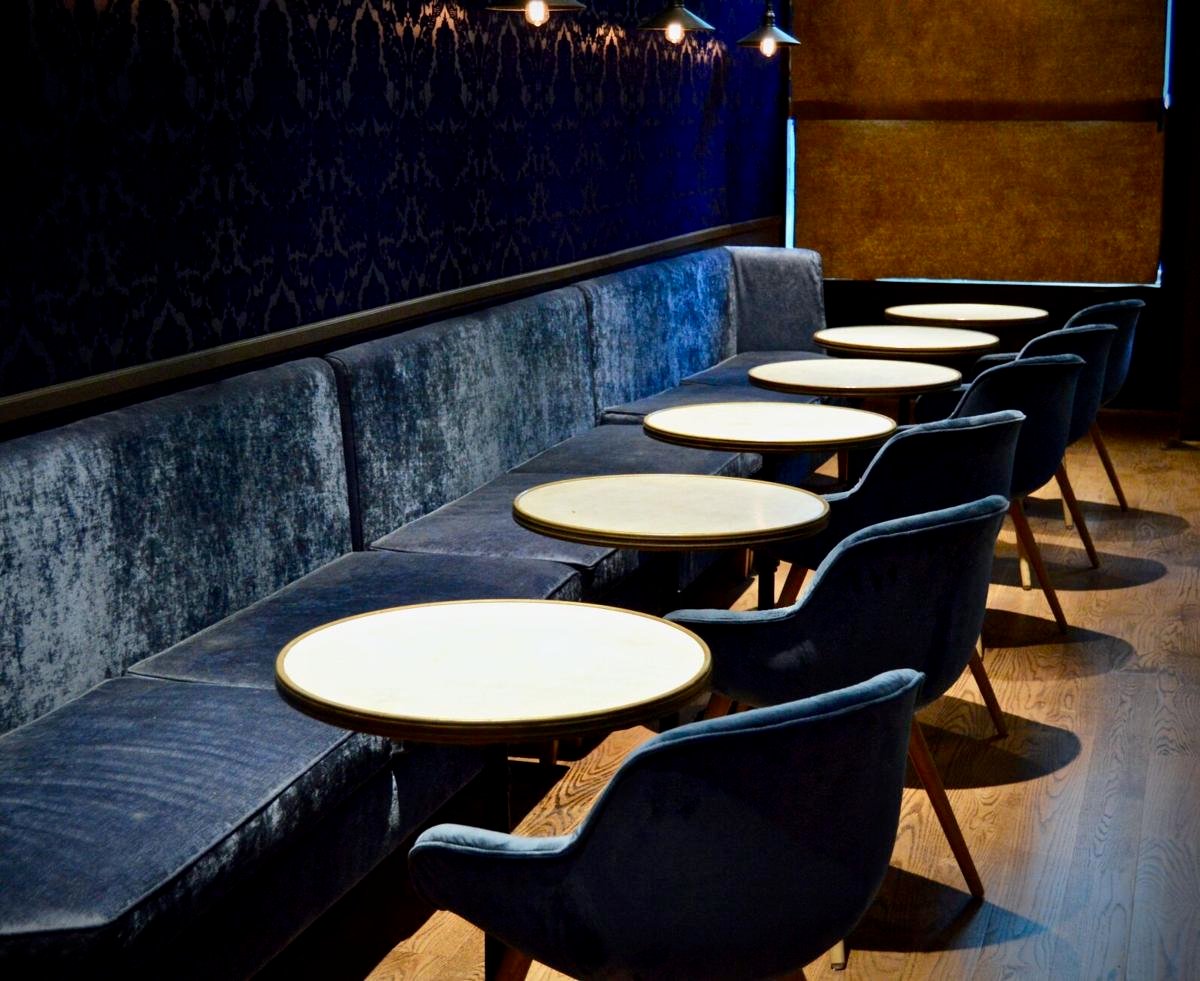 Booth and tables at the soon to open Bourbon expansion. 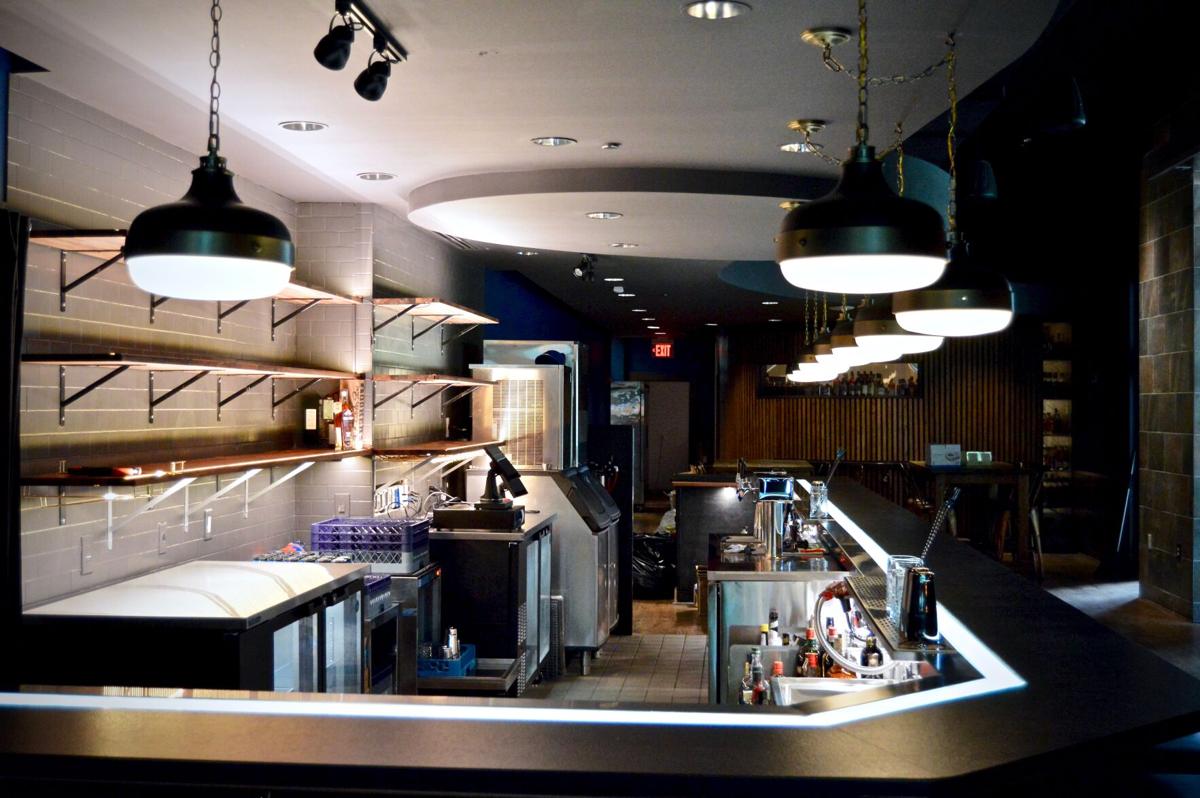 The view of Bourbon's cocktail lounge bar from the opposite end. The space will serve the same drinks, but offer a small plate menu in lieu of full dinner options.

The bar at Bourbon's new cocktail lounge, which will soft open this week.

Booth and tables at the soon to open Bourbon expansion.

The view of Bourbon's cocktail lounge bar from the opposite end. The space will serve the same drinks, but offer a small plate menu in lieu of full dinner options.

This week, Bourbon will softly open its new expansion on Main Street.

The nearly next-door space, which formerly housed Blue Flour Cafe and includes an attached patio, will be used as waiting space for the frequently packed downtown restaurant as a test run starting Thursday, allowing patrons to enjoy cocktails until a table comes open in the dining room.

The outdoor area won't immediately be ready when the expansion opens.

“(The waitlist is) the biggest thing. Hopefully we’ll be able to alleviate some of that,” co-owner Kristian Niemi said, referring to the long waits that have become a hallmark for the cozy eatery, often stretching past an hour at peak times.

“It’s a catch-22. I hope we get to a point where even this side goes on a wait, but I also hope that’s not necessarily the case,” Niemi reasoned. “(I hope) that, overall, our wait times drop considerably.”

Niemi described the expansion as a “turn of the century saloon,” compared to Bourbon’s “upscale saloon” aesthetic. Upon visiting, it’s clear that the new space has a more upscale and posh vibe, with dark colors and fabric booths.

“We figured opening seven years after the fact, we thought, ‘What would it progress to?’” he said. “This is kind of what I would’ve expected, a little more upscale.”

The expansion space is actually bigger than the original Bourbon space, with 26 bar stools and 38 seats at tables or booths, and more room for bartenders to work behind the bar.

Niemi’s team will stock the exact same spirits, cocktails, wine and beer as the spot next door. The focus on small plates is due to the space's smaller kitchen.

The new food offerings will be "based on our locally sourced, Cajun-Creole ethos,” he explained. “It will be for people who want to come and have cocktails and just a bite. The original side of Bourbon will continue to be for … dinner.”

While the expansion won’t have full dinner offerings, it will most likely offer the bar’s signature happy hour special. That’s a beer, a shot of Bulleit bourbon and a burger for $12.

You can’t beat that deal, and now you have a snazzy, classy new space to devour it in.