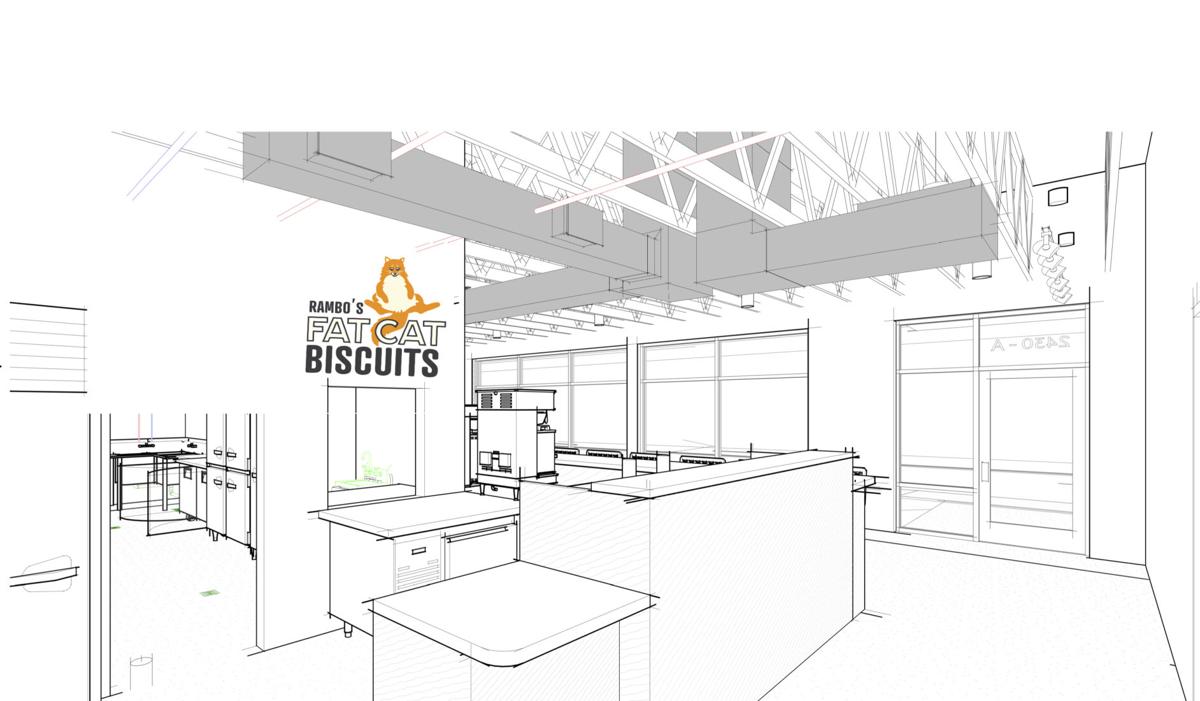 A graphic rendering of the interior or Rambo’s Fat Cat Biscuits forthcoming restaurant. 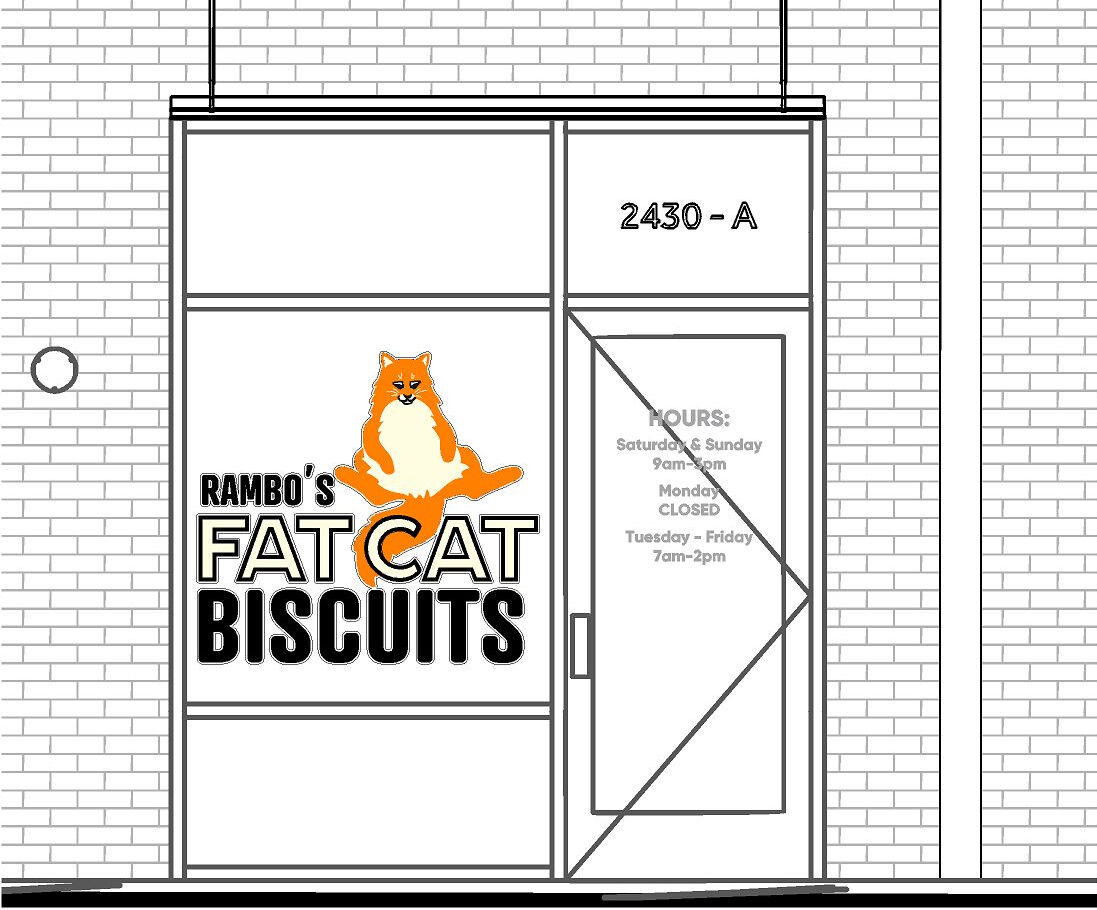 A graphic rendering of Rambo’s door and logo.

A graphic rendering of the interior or Rambo’s Fat Cat Biscuits forthcoming restaurant.

A graphic rendering of Rambo’s door and logo.

Owners and husband and wife Todd and Renee Adams started the business about two years ago, where it became a staple at Soda City Market and a hit when it popped up at businesses around town. Opening a full-fledged restaurant after such a short time is a surprise to both, and comes after a delayed construction and opening plan that began in March, at the onset of the COVID-19 pandemic.

“When we started this concept out … I guess the goal would have been to initially get into a brick-and-mortar location,” Todd tells Free Times. “I think it was potentially more of a pipe dream at this point. I don’t know if it was an expectation even.”

The two are opening the restaurant at the corner of North Main Street and Confederate Avenue, near other popular stops like Curiosity Coffee Bar, The War Mouth, Indah Coffee, The Vino Garage, Il Focolare, NoMa By Al Amir and Peace of Soul Vegan Cafe. They’re targeting the first weekend of October to open, with the initial week being for friends and family.

Both cite the neighborhood's emerging popularity as motivating them to locate there, along with the building being new and ready for them to reshape the space as needed.

“We couldn’t really have asked to be part of a better community,” Renee elaborates. “The community itself is up in both the Bellevue and Earlewood neighborhoods, they’ve always been so supportive of us when we’ve popped up.”

The brick-and-mortar restaurant will offer an expanded menu from what has been available at the mobile setup.

Renee explains they’ll offer up the stalwarts from previous services, but also rotating specials — a fried chicken biscuit, for example. They'll also add items like egg scramble bowls. The lunch menu will still prominently feature biscuits and have options like a heirloom tomato BLT, a meatloaf biscuit sandwich and sides like mac and cheese or collard greens.

Renee reassures anybody worried that the mobile operation will still be around with an abbreviated menu.

“This is a bit overwhelming,” Todd says. “When you sit back and think about where we’ve gone in two years, we’ve only really done this [with] the support from the city.”

The counter-service restaurant will be snug. While an official occupancy limit has yet to be issued, they expect the restaurant to hold about 30 people. They anticipate it to be open Tuesday through Sunday from 7 a.m. to 2 p.m., with brunch service on the weekends from 9 a.m. to 3 p.m.

The two also plan to adapt the space for COVID-19 right away, with parking lot seating and limited, reservation-only indoor seating. The current climate changes their opening projections, Todd admits, but he says they are hoping that an immediate focus on to-go and pick-up will sustain them amid the pandemic

“It’s something we didn’t consider at the time [we] made our initial projection, but it’s kind of something we can look at as a positive now,” he concludes.