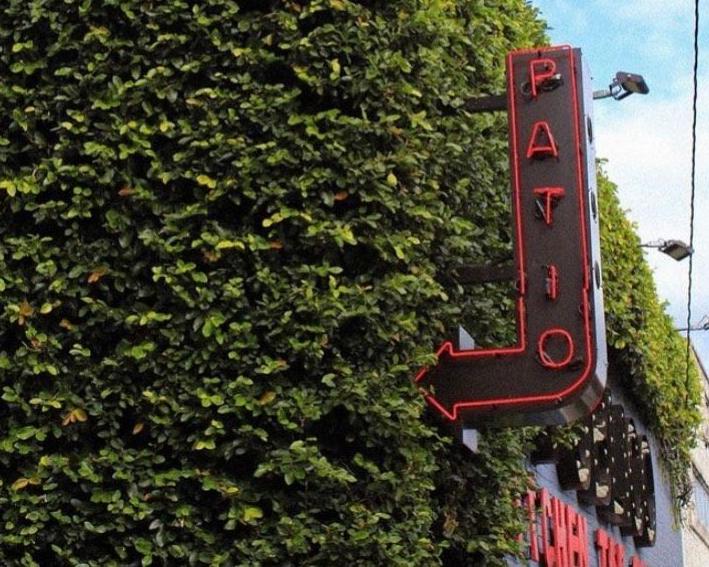 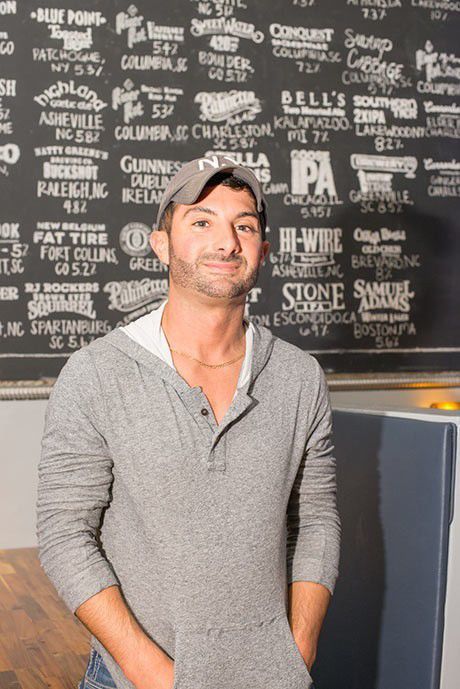 Mike Duganier, owner of Publico in Five Points, moved to Columbia seven years ago. The New York native has made Columbia his home and will soon operate three restaurants in the area. Photo by Christian Barker

You can usually find Mike Duganier at one of his two restaurants in Columbia — Publico in Five Points or the soon-to-open Boku Kitchen and Saloon in the Vista — working long days to operate and open multiple restaurants.

The New York native has lived in just about every big city, from stops in Pittsburg to Nashville to Houston, before settling down in Columbia about seven years ago.

In November 2015, Duganier built Publico Kitchen and Tap in Columbia’s Five Points from scratch — with the help of his parents and business partner, Robert "Bob" McCarthy. At Publico, he serves up Latin and Asian food and drinks, like chicken chilaquiles, gyoza and pineapple margaritas. Three years later, he opened a second Publico location in Atlanta, Ga.

Now he has his sights set on the emerging BullStreet District.

Duganier announced Jan. 6 that he planned to open a new location in the BullStreet District. It will fill the gap left by Bone-In BBQ, which closed in early 2020. The announcement comes as Duganier prepares to open up Boku, a pan-Asian restaurant, in the Vista.

The two openings will be different from previous restaurant openings for Duganier, who will be missing his business partner McCarthy. McCarthy died late last year, leaving Duganier to open the two restaurants that they planned to “divide and conquer.”

The pair met over two decades ago when Duganier was only 23 years old and shared a love for both the hospitality industry and Frank Sinatra.

The Free Times talked with Duganier about his plans for the future of Columbia, the loss of his friend and mentor and why he chose to settle down in Columbia. This interview has been edited for length and clarity.

Free Times: To start off with, what got you into the restaurant industry in the first place?

Mike Duganier: When I was like 16 or 17, I was washing dishes at a little restaurant called Alex's Place in Batavia, New York. I would do all my dishes and then I'd run out front and when I'd go out front, I would watch Alex Giuliani, who was the owner. And I just watched him greeting guests at the door, always a glass of wine in his hand, kissing cheeks, talking to people. And I just wanted to be Alex.

What’s it going to be like opening your two restaurants without your business partner, Bob, by your side?

The two major things that are most important to me are: one, I want to make him proud. These were two projects that he was so excited to do. He was so passionate about the business and he was truly happy doing it. The other thing is I have a great group of employees and a lot of them looked up to him so much. I need to ensure that my employees are going to be successful and still enjoy what they're doing and see growth and opportunities.

I've never done a new restaurant without him. And the fact that we had chosen to do two so quickly back to back, we were going to divide and conquer and now you know we're not dividing and conquering anymore.

What drew you to Columbia? How’d you end up here long-term after moving around so often?

I got a phone call that I needed to come to Columbia, South Carolina, and take a look at two locations. I thought the one in Five Points was the spot for us. And Bob came to town, he agreed with me.

We’d get (to the restaurant) at like 7 a.m. and work until about eight at night, just doing everything. We went to Dallas, Ga., and picked out 4,000 square feet of reclaimed wood and built the walls. Bob and I felt that Columbia was such a wonderful neighborhood and such a hidden secret and value market.

How do Publico and Boku fit into the Columbia dining scene?

When we created (Publico's) concept, we felt, especially in the Five Points neighborhood, that doing something where groups of people could enjoy dining together, doing group activities. That's why we have the games on the tables or on the patio. We wanted young families or those with puppies.

We felt like those were all key things that Columbia hasn't seen before. And there was nobody in Columbia, doing the concepts with Latin-Asian mix so that was key to us. Boku was something that we talked about about for four or five years and we felt this is the right space. There's a lot of great Asian or Korean restaurants in Columbia, but this atmosphere and design, the edginess. I don't think that's in Columbia. It's just a really, really sexy restaurant.

What stood out about The BullStreet District?

We (Bob and I) kept our eye on Bull Street. I'm really impressed with the vision of what that little neighborhood is going to become. It's going to become another entertainment district for Columbia. There's a brewery coming soon, a food hall, brand new apartments going up all over the place over, the Fireflies and the different events and concerts that'll be going on.

In my mind there's four major districts right now — there's the Vista, there's Main Street, there's BullStreet coming on, and then there's Five Points. And to have a business in three of the four, that was important to us. I'm just really excited to grow in this city.