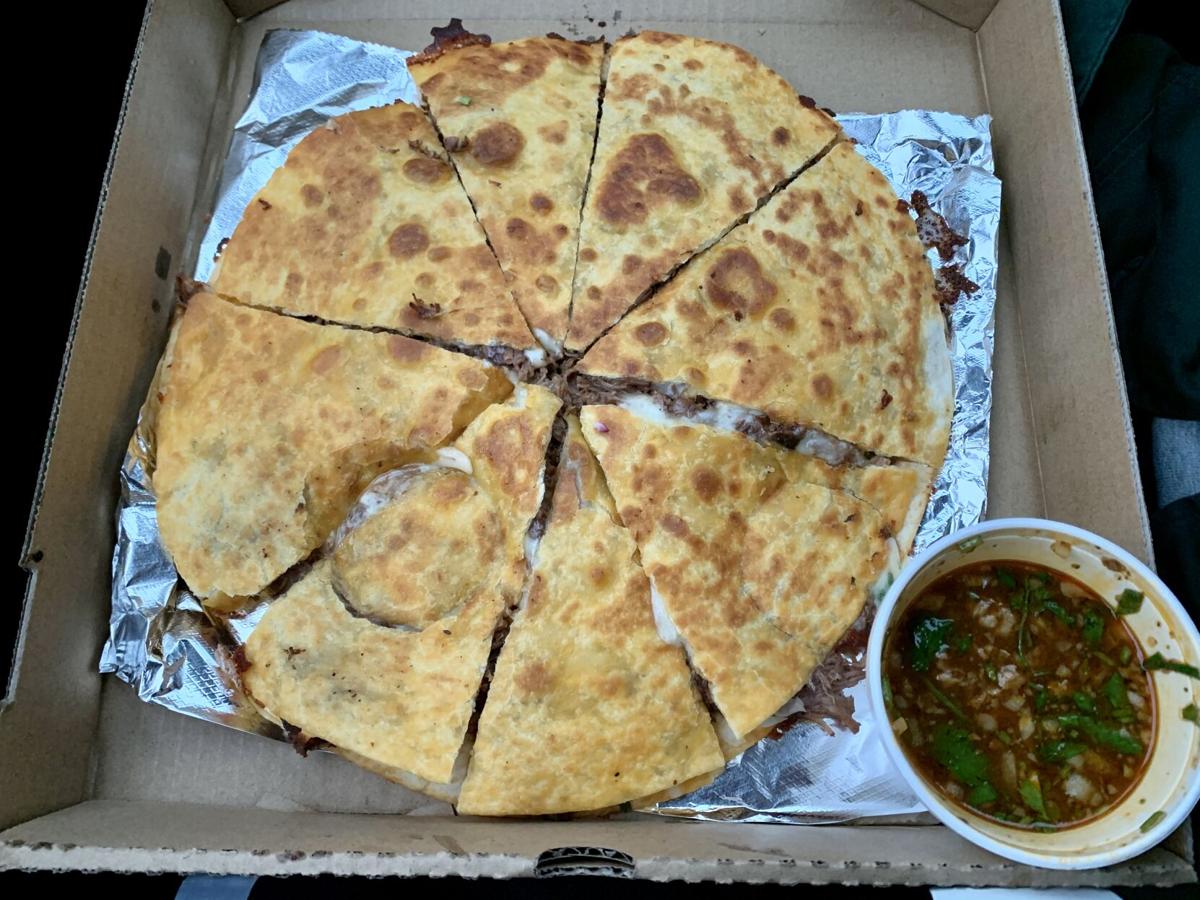 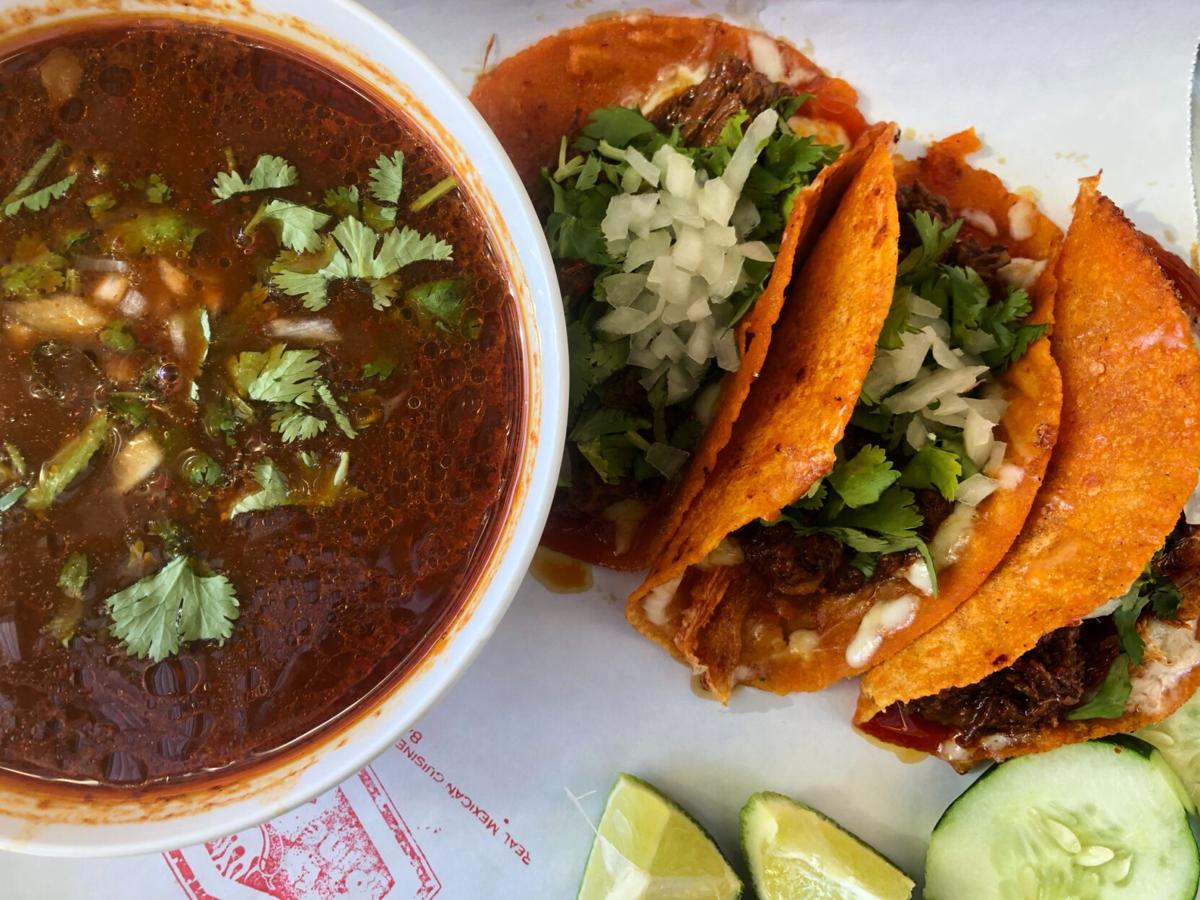 As of Jan. 10, the hashtags #birria and #birriatacos had accrued more than 280,000 posts on Instagram. On the Gen Z favorite TikTok, there have been almost 319 million views on videos tagged "birria."

For evidence that the non-virtual world’s taken notice, scan the writing of pretty much any prominent food writer. Eater recently titled an article “The Great Birria Boom.” The Post and Courier’s Charleston food writer Hanna Raskin reported in November that the quesabirria — tortillas dipped in broth, crisped, filled with meat cooked in a stew and served alongside a cup of the stew’s broth — had sprouted up in town during the pandemic and become a hit.

The answer to why they’re such a hit is clear.

Highlighting some of the Columbia deals available during SC Restaurant Week

But, despite Hernandez’s hype, La Morenita doesn’t offer the tacos. The food truck has done well enough in its five years with its menu that they don’t see a reason, she explained.

Popular roving food truck Los Chicanos offered them as a special for a short stint but has since stopped, said co-owner Adrianna Favila.

She explained the dish is tedious to make in their small kitchen and they already have an expansive menu. Still, Favila receives occasional requests for them from customers, she said, and some cite other places in the area which offer them — like the restaurant Real Mexico on Bush River Road or other food trucks.

“They were a big hit, but of course we just don’t have enough space on our menu,” Favila explained.

Taco de birria originated in the 1950s in Coatzingo, Mexico, according to Eater’s recent article. Writer Bill Esparza explains that the wetted-then-crisped taco originally stems from the taquero Don Guadalupe Zárate who was selling their precursor, the regional dish birria de chivo, a variation on the popular stew consisting of goat oven-rosed in adobo. But Zarate would later switch the goat to beef for better profits.

“Coatzingo legend has it that Zárate was told by someone to add more liquid so his birria wouldn’t burn, and he turned out the soup-style birria de res known today as Tijuana-style,” Esparza continues.

By the early and mid 2010s, food trucks stateside featured the birria stew’s meat in tacos. Other variations that you dip into the consomme sprouted up, and a social media craze soon followed. Now the tacos are hits almost everywhere they’re sold, including those in Columbia that have started to offer it.

At Columbia’s much loved Real Mexico, birria isn’t officially on the menu. But after it was offered as a special last year, it’s become a customer favorite and is sold daily, said manager Armando Fabila.

“I would say it's helping us a lot during the COVID-19 thing, we are selling like crazy,” he explained.

Fabila said he’s noticed the dish being served at food trucks and local flea markets, mostly. He isn’t sure why the meal has become such a hit — though he noted its rise on social media — and believes Real Mexico was the first to sell it in the area.

Now Fabila is experimenting with other options. The restaurant offers pizza-sized birria quesadillas with two sides of the consomme in addition to the tacos. Customers have also requested tortas with the braised-like meat in them and he’s exploring offering birria in ramen form, too.

Bite of the Week: The Chubby Burger at Chubby’s Burgers

At Real Mexico, Fabila’s cooks marinade the meat with red chiles and other spices and cook it for four to five hours before shredding it. He compared the meat to barbacoa and said its appeal lies in the flavorful meat paired with the fatty broth.

“I had to go slow, because we are selling like crazy and I cannot keep up with cooking,” he said.

La Morenita’s Hernandez also noted the tacos explosion on social media sites and said she expects the tacos to become more available in the Columbia area. She’s made them at home for herself and praises their flavor.

“I feel like it’s going to pick up pretty soon,” she posited. “I’ve seen local places start to offer it. I’ve also seen people just do that on its own and really just sell that on its own.”