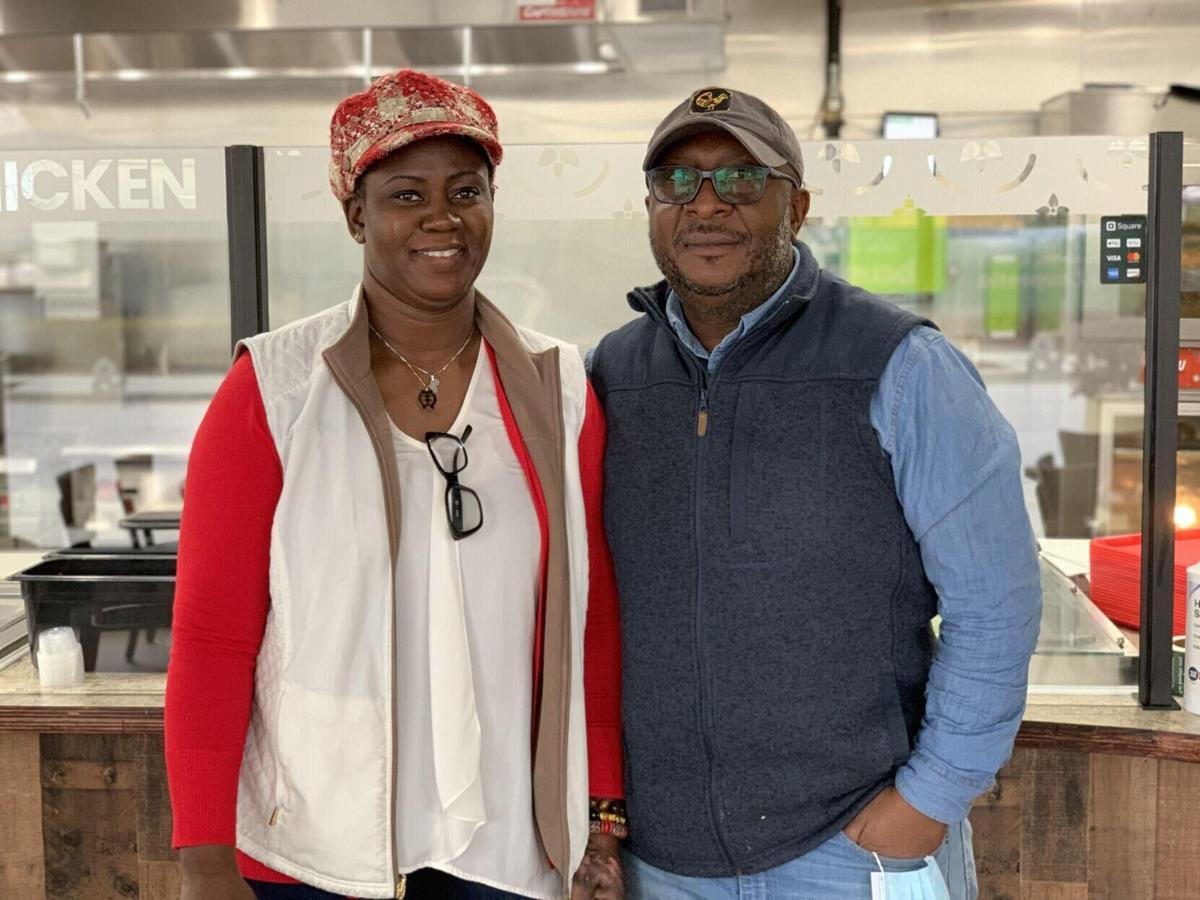 Elizabeth and Samuel Darko pose for a photo shortly after andCHICKEN's opening. 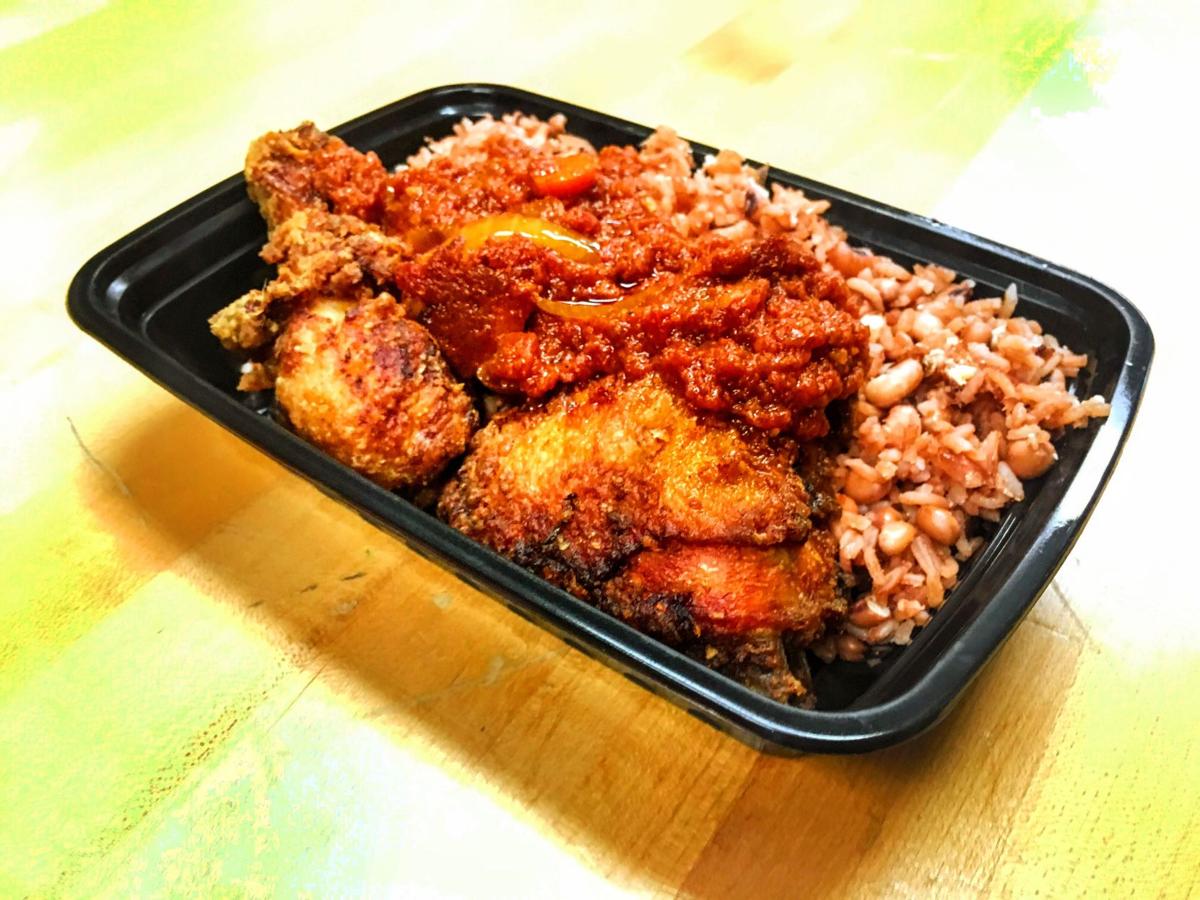 Asanka Kitchen — Columbia’s well-respected Ghanaian restaurant in the Northeast — is closing on Nov. 13 as its owners move from the city.

Elizabeth and Samuel Darko, co-owners of the restaurant, are moving to Miami where they will reopen the restaurant. The move comes after Samuel Darko, a former Benedict College professor, accepted a position as the dean of the college of arts and sciences at Florida Memorial University in August.

As he started there, Elizabeth and their children remained in Columbia running the restaurant, but it became a trying lifestyle for the family.

“It’s a mixed feeling, because we’ve been here for a while,” said Elizabeth Darko. “(We’ve) been blessed with a lot of family, and Asanka and andCHICKEN have become my babies too. (But) Closing it down, it's for the right reason.”

The family had merged locations of Asanka Kitchen and their newer andCHICKEN restaurant in August to help with that transition, they said.

The andCHICKEN space, which opened in December 2020, will now be operated by a new ownership group under the name Mimsy’s Restaurant, Samuel Darko said. While somewhat similar, the differing concepts positioned the space for a rebranding.

Samuel Darko explained that there was some interest from local parties in operating Asanka as a franchise, but they elected to keep it within their own control at this time. The family pointed to Miami’s large international community as making it a strong fit for Asanka.

The Darkos still plan to bring back the andCHICKEN restaurant, which they have hopes to franchise in the future, but are focusing on reestablishing Asanka first, Samuel Darko explained.

The Darkos opened Asanka Kitchen in 2018 at 10203 Two Notch Road before it merged with andCHICKEN. Elizabeth Darko was the chef, while Samuel Darko handled the interior design of the relatively snug space that battled parking issues.

The restaurant opened as one of only a sparse number of restaurants that offered African cuisine — and the only focused on Ghanaian food. In Five Points, Harambe Ethiopian Restaurant operates, as does Good Things Nigerian Cuisine.

Asanka flirted with a brief moment of critical acclaim, when former Post and Courier food critic Hanna Raskin gave it a warm writeup in 2019. That article followed a Free Times writeup from contributor Bach Pham, where he hailed its fried chicken, shortly after the restaurant opened.

Raskin’s headline detailed that “Columbia gets West African restaurant that downtown Charleston needs” behind its “sonorous peanut soup” and described the first-timer sampling experience, which the Darko’s call the “ritual.”

The only Ghanaian restaurant in the Columbia area, the Darkos would let every first-time customer sample every thing on the hot bar. That meant trying jollof rice, a delightfully crispy fried chicken and egusi soup, before deciding on what they wanted to purchase.

Columbia's Main Street loses a bistro but might get another restaurant

After Raskin’s article, Samuel Darko reminisced they would at times get busloads of diners from other parts of the state who would come to try their budding restaurant.

“I think our approach to service, we just made sure that anyone who came through the door, received the service or care that we wanted at a restaurant,” Samuel Darko said. “Because it was one-of-a-kind, a lot of our customers were adventurers.”

Elizabeth and Samuel Darko opened andCHICKEN with more American-centric fare — focused around chicken, as the name suggests — but the food still offered some of the Asanka flare. Sauces and dishes like chicken gizzards served in a blend of pineapple, onion, ginger and garlic brought a welcome flare that was unexpected from other spots around the area.

Like many in the industry, the family’s restaurants faced a significant slow period of business during the COVID-19 pandemic, but the two credited a loyal customer base for keeping them afloat.

They explained that one diner would come in weekly to help keep them afloat and the community supported them well through other avenues as well, like gift certificates.

“There was no way we could survive …. (without) the deliberate concern and care of the citizens of the Palmetto,” Samuel Darko said.