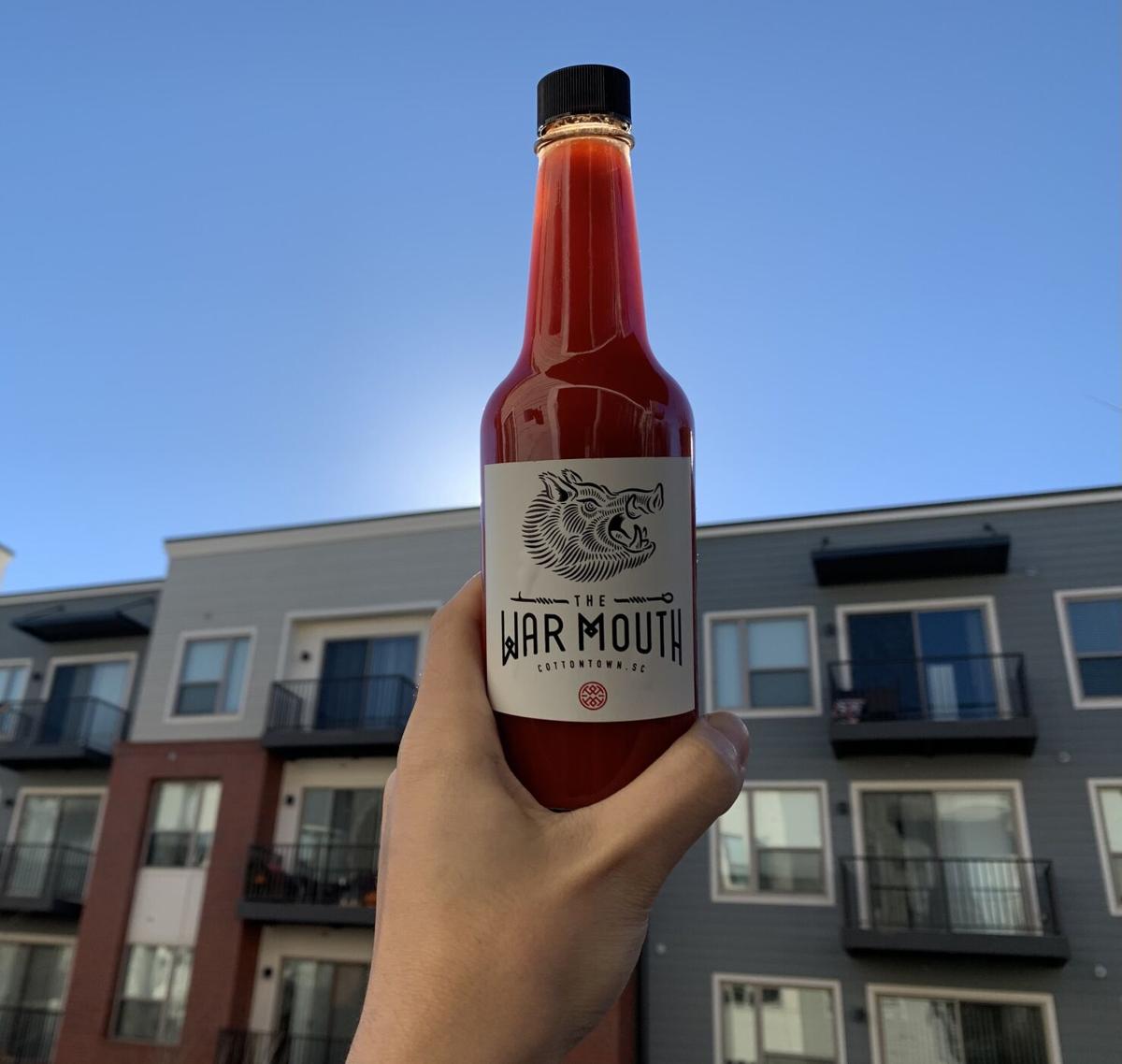 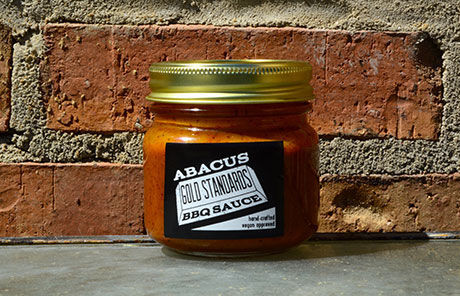 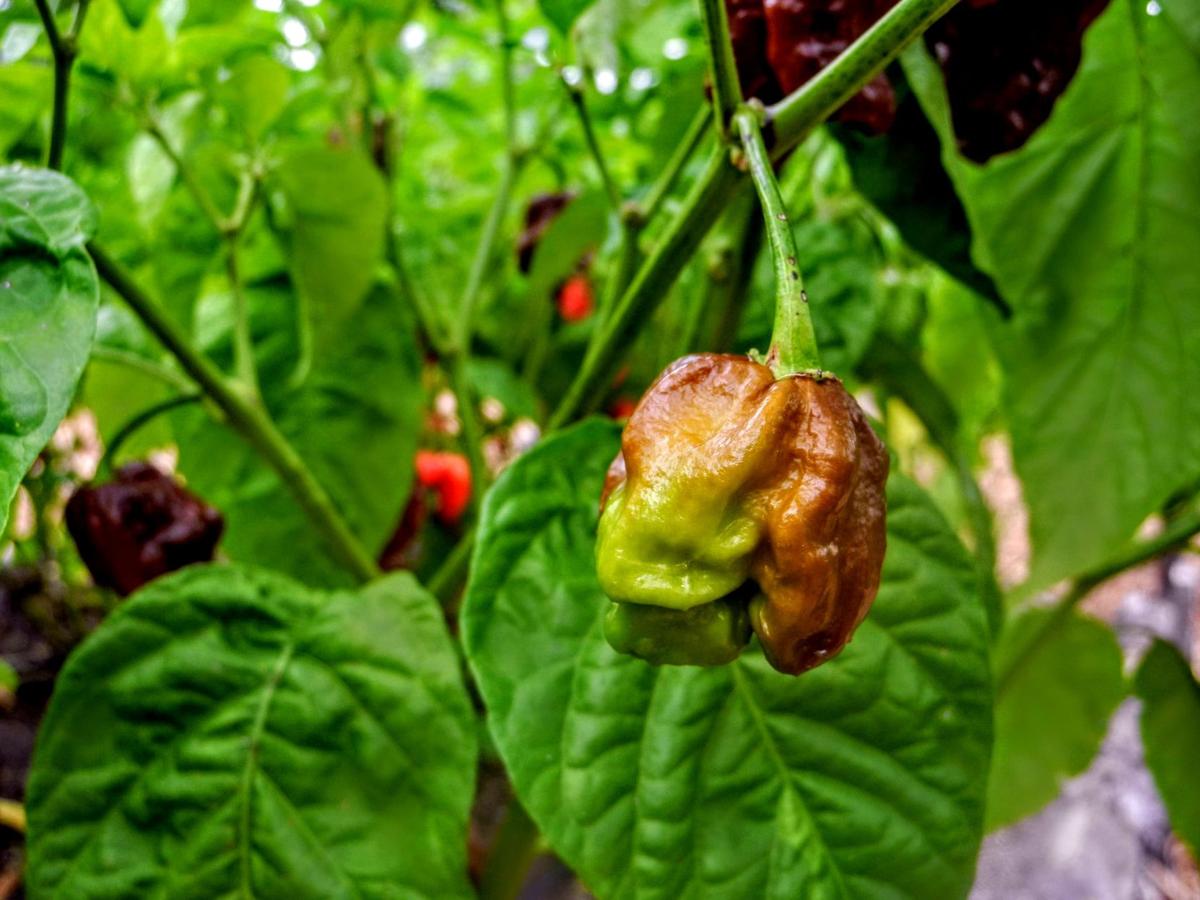 A Trinidad scorpion chocolate pepper at the Meet Your Cremator farm

When The War Mouth put out a late November social media post urging customers to support them or they would potentially close, the support came in droves. The restaurant was packed, and bottles of its beloved hot sauce sold out only days later.

Then 12 cases of the Fresno peppers they use for their hot sauce came in rotten. That meant finding any way to source the peppers — including from New York state, not exactly the mecca of hot peppers.

“We were on our heels and trying to find anyone with peppers,” said Chef Rhett Eliott. “We’re caught up now, (but) for about two weeks we were on a by-any-means-necessary (basis).”

The restaurant sold roughly 70 bottles one weekend night in December and, for a time, had to bring in people to help make the sauce to keep up with the sauce’s demand, Elliott said.

“I think it was just that people are looking at something they can do to help people out,” he said. “We’ve been touched by it.”

This year, the holiday season has seen local restaurants like The War Mouth push hot sauces as perfect stocking stuffers, a means to bring in additional income with dining revenue still sagging due to COVID-19. Meanwhile, sellers of other varieties of sauce have seen sales spike this year, too, mirroring most holiday seasons, but the uptick likewise come at an opportune time, as the pandemic continues to cut into sales.

Meet Your Cremator owner Diane Gilbert has been selling hot sauce for the last five years with her husband Benoit St. Jacques, a former chef at Rosewood Market. The holiday season came as a salve for them, as they mostly sell their hot sauce at markets like Soda City on Columbia's Main Street, which reopened in the summer after being nixed for several months due to the coronavirus.

Gilbert attributed some of their rebound success to the desire to support local businesses — before they all “die.” The hot sauce sellers have a largely local customer base. She estimated they sell roughly 80 percent of their sauce to people in Columbia.

“Since the market restarted, it went better than it ever did before, mostly because it's the Christmas season," Gilbert explained. "We really did well. It made up for all the losses we had."

Others began selling their hot sauce only recently, after demand and the season made for a ripe opportunity. The relatively new, upscale Peruvian tapas restaurant Ratio started selling its hot sauce for the first time in mid-December.

Chef-owner Javier Urirate said the eatery was prompted to do so after customers asked for it. The holidays seemed like an ideal time to start.

He initially made 24 bottles and sold five of those in the first two nights, he said. While it may seem like small figures, Uriarte considered it a strong start.

“We’ve been getting questions about, ‘When can we pick it up?’ ‘I live across the US. Can I ship them?’” Uriarte said. “It’s like, ‘Oh my gosh I need to get more going.’ I feel like I’m going to get caught if I don’t have more.”

Uriarte viewed the hot sauce as a way to further expand his restaurant’s visibility and brand. It opened in September and he believed that the branded hot sauce could expose it to more customers.

“People need to hear about us and what we’re doing,” he said and mimicked his desired effect. “‘This new restaurant opened up and I have their hot sauce!’”

Alex Strickland, the recently minted head chef at West Columbia's Black Rooster, sells barbecue sauce as part of his metal band Abacus’ merchandise. The group is made up of former and current foodservice workers.

He readily acknowledged they could market their sauce better — it's primarily used in some restaurants around town — but said the holiday season always brings a small sales spike among friends and family.

As to his main gig, he said the restaurant has considered bottling sauce for sale. He was familiar with Uriarte’s recent pitch for Ratio’s hot sauce but said he didn’t know of others following suit.

“Right now with the way the world is, everyone’s gotta find a way to get their nut,” he said. “I haven’t seen it a ton.”

But he said it could be a potential hit among customers, name-dropping sauces at Terra and others that could be good picks for bottled sales.

If that did happen, it’d come in a thriving market where hot sauce is increasingly popular, Meet Your Cremator’s Gilbert said. As evidence, she pointed to her own roots in Canada, where she said hot sauce businesses are emerging.

“Hot sauce is growing,” she said. “All the young people are hardcore hot sauce now, they go and ghost pepper, reaper, you know, it grows every year.”

Tasting notes: Gilbert said their three best sellers are a kiwi-cilantro sauce, an avocado-tomatillo sauce and a high-heat sauce made with ghost and scorpion pepper, carrots and cantaloupe.

Tasting notes: Onion and garlic flavors pair with Fresno chilis for a mildly spicy hot sauce. Thicker than most.

Tasting notes: A mix between Lowcountry and Upstate barbecue sauce. Mustard based with flavors of vinegar. A little spicy and sweet.

Sold online at abacustheband.bandcamp.com/merch. $5, plus shipping.