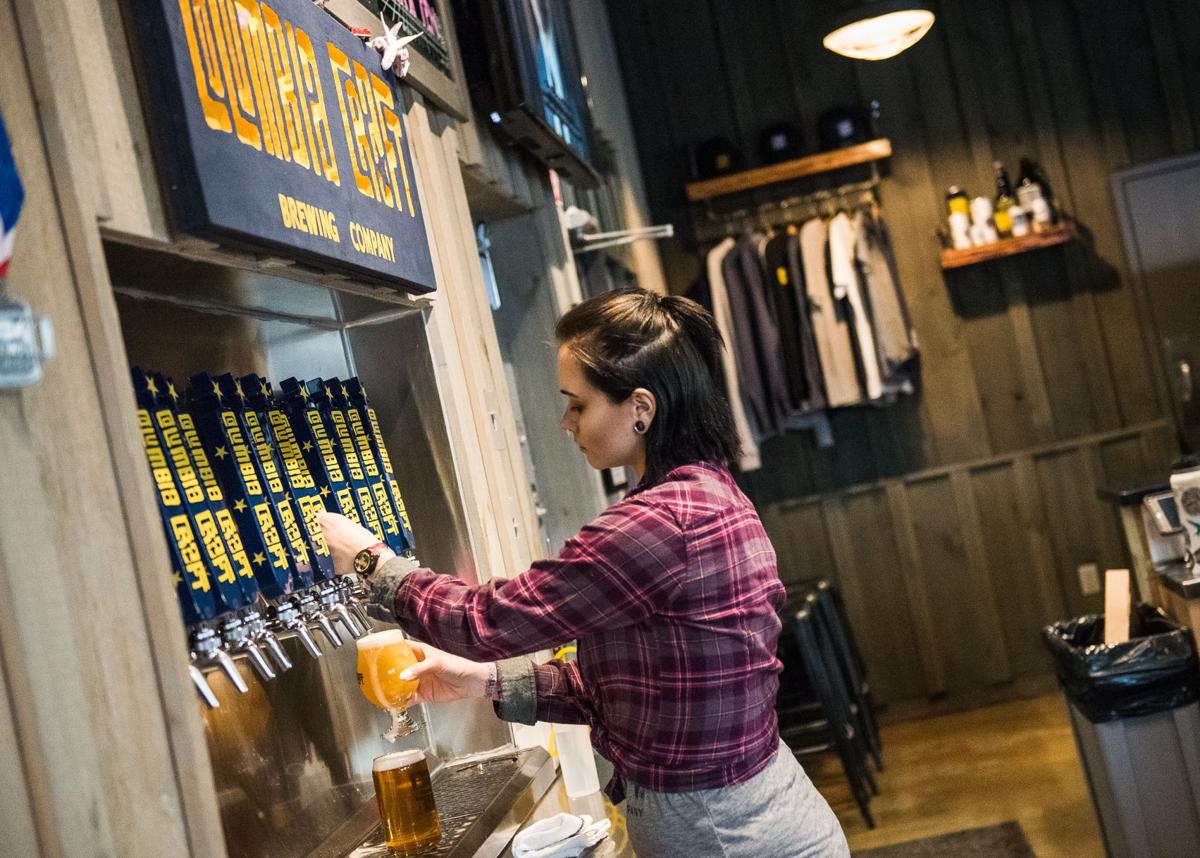 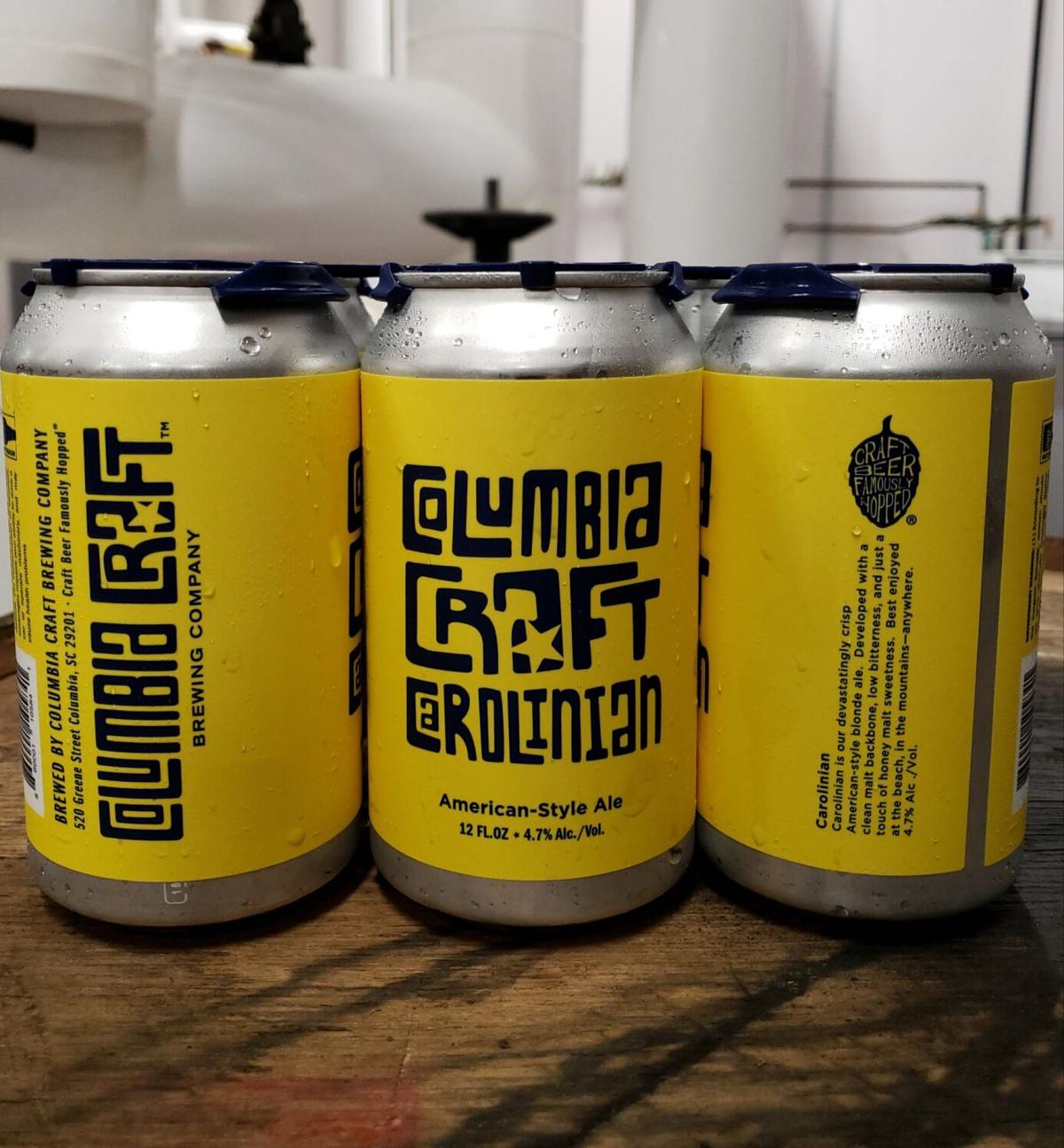 This month, the local brewery won a gold medal for its Carolinian Blonde Ale at the Great American Beer Festival, one of the most prestigious craft beer competitions in the country. Columbia Craft was the lone Palmetto State brewery to win a medal at the competition.

The Carolinian is the brewery’s neglected beer, Strauss said. The beer — which the brewery describes as “devastatingly light and refreshing” — debuted around the same time as customer-favorite watermelon sour Alien Hat and doesn’t fall in line with popular craft beer styles such as IPA and stout.

Strauss suggested that a local customer, when picking between the brewery’s various beers, might pick the blonde ale last.

“We’re excited that we got this kind of validation … that Carolinian is one of the best blondes in the country,” he enthused.

Drew Walker, brewmaster at Columbia’s River Rat Brewery, said it’s a great beer, and he further described it as one of his favorite blonde ales he’s had recently.

The GABF gold medal isn’t the first award the Carolinian has won. In 2019, the beer won a silver medal at the U.S. Open Beer Championship, another top-tier competition in the craft beer world.

GABF, however, holds special value. It’s widely considered one of the top two beer competitions in the country, bested in popular prestige by only the World Beer Cup, an every-other-year international competition.

“These two are the biggest and most prestigious of the competitions,” said Brook Bristow, executive director of the South Carolina Brewers Guild. “Those medals carry a lot of weight.”

That impact varies depending on the beer awarded. For instance, Bristow pointed to a brewery in Charlotte that won a gold medal for an IPA. The victory in the customer-favorite category propelled it to a significant bump in profits.

On the other hand, victories in less popular categories might simply result in more attention paid to the winning brewery and the ability to trumpet the award on packaging.

“It can be a big vehicle for brewery growth, but not necessarily,” Bristow offered.

Strauss said he was happy he can now slip the award into business meetings, to better pitch Columbia Craft.

Bite of the Week: Pickle Fried Chicken Sandwich at Columbia’s MOMS on Main

Columbia Craft’s victory at GABF appears to be the first for a Columbia brewery, per statistics shared by Bristow. Depending on how broadly one defines the borders of South Carolina’s Midlands region, it’s either the area’s first brewery to bring home a medal or the second, following Aiken Brewing Company, which has won several awards at the competition.

River Rat has won at the World Beer Cup, where it notched a bronze medal with its Bohemian Pilsner in 2016.

“I don’t know if there’s a direct market impact of bringing customers in when you win one but, man, it makes you feel good,” the brewery’s Walker said.

Columbia Craft’s win also stands out in another way. In the previous two years, three or four breweries from the state have won medals at GABF. This year, Columbia Craft was the lone winner.

Bristow noted that the recent history of multiple winners is a new trend, and that solo winners were normal in prior years. He said that there’s been 15 years where a South Carolina brewery won, and half of those years only produced one medal.

“I don’t necessarily see it as a black mark that our folks aren’t doing great things,” he said. “It's not necessarily out of the ordinary, I would say — just because of the sheer numbers of people, you’re not going to pull that many every time.”

The numbers are stacked against almost any brewery that competes. There are almost 9,000 beers from 1,720 breweries entered at the competition, and Bristow estimated about 3 percent won a medal. A media representative for the festival told Free Times it doesn't share specifics about entry numbers.

Brewers across the state agreed with Bristow’s summation that South Carolina only winning one medal was nothing to fret about, but they said it was surprising.

Edmund’s Oast won a GABF medal in last year’s competition, and Read pointed out that South Carolina breweries are competing against more established brewing states like Colorado and California, which also have a larger number of breweries.

Shawn Johnson, owner of the Greenville brewery Birds Fly South, which has won multiple GABF medals, found it “a little weird” that the state didn’t win more this year. He pointed to Charleston’s Revelry Brewery as another that typically does very well at the competition.

Johnson mentioned several potential causes, including the aforementioned large number of competitors. He also theorized that, at times, beer competitions can garner “regional palettes”, with a large number of the judges hailing from the same region, possibly favoring that area’s breweries.

The ongoing COVID-19 pandemic affected breweries as well. Johnson said his brewery dealt with older than usual beers when figuring out what to submit this year, due to the brewery’s tanks being turned over less frequently.

Edmund’s Oast Director of Group Operations Timmons Pettigrew also speculated that due to the financial crunch of the pandemic, some breweries may have not participated.

While Bristow was uncertain that was the case, he did acknowledge the financial cost of shipping beer to the festivals can be expensive, in the high hundreds, or, in a normal year when kegs are sent, stretching into the thousands. Given this year’s difficult financial circumstances, those figures may have been prohibitive for some breweries.

Johnson said the issues impacting the 2020 competition don’t take anything away from Columbia Craft’s win. Indeed, the victory is made all the sweeter considering this year’s hardships — which, in the case of Johnson’s brewery, have included delaying a planned expansion of statewide distribution.

“It’s been a tough year. It makes you relax,” he said of the medal.