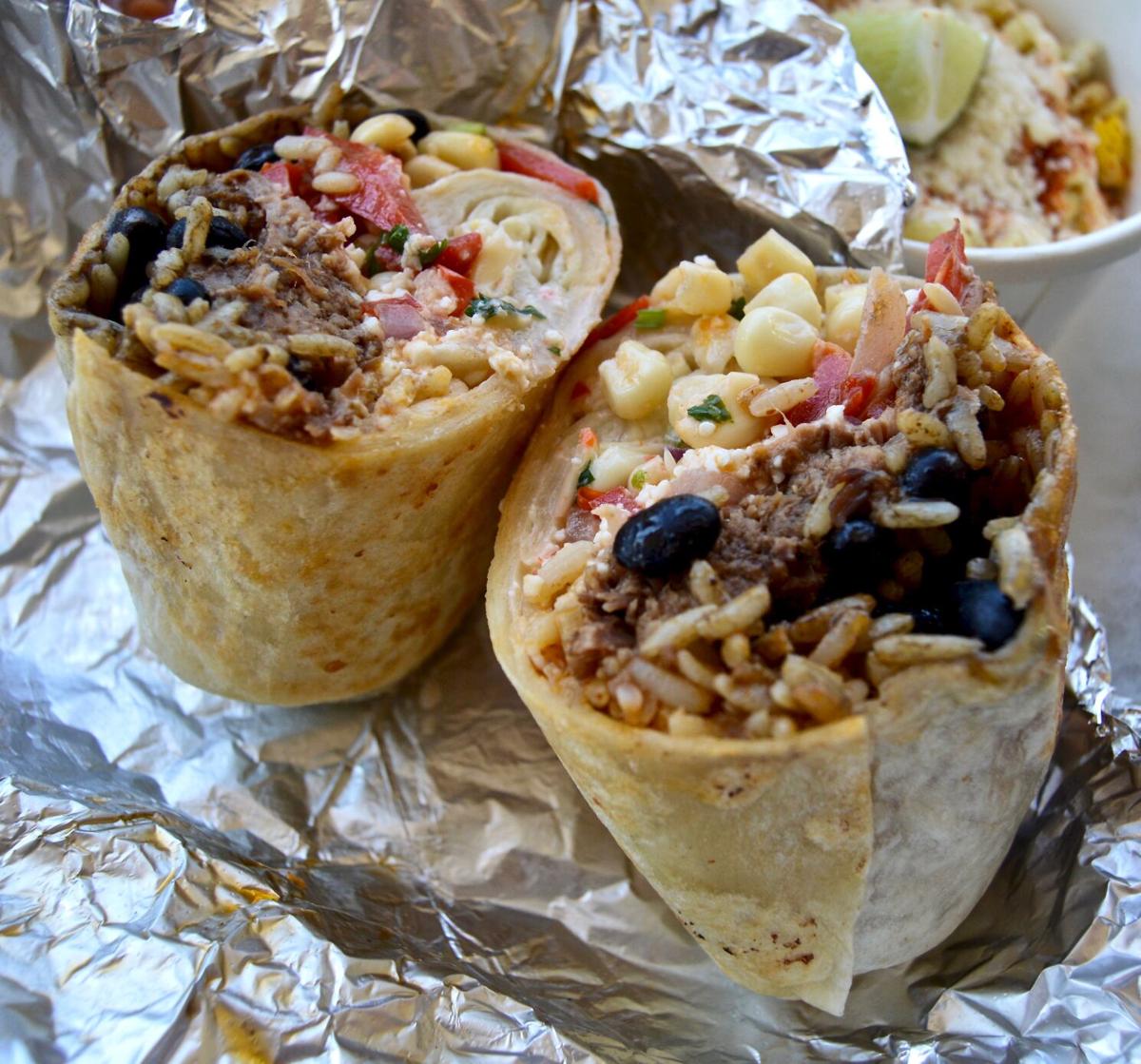 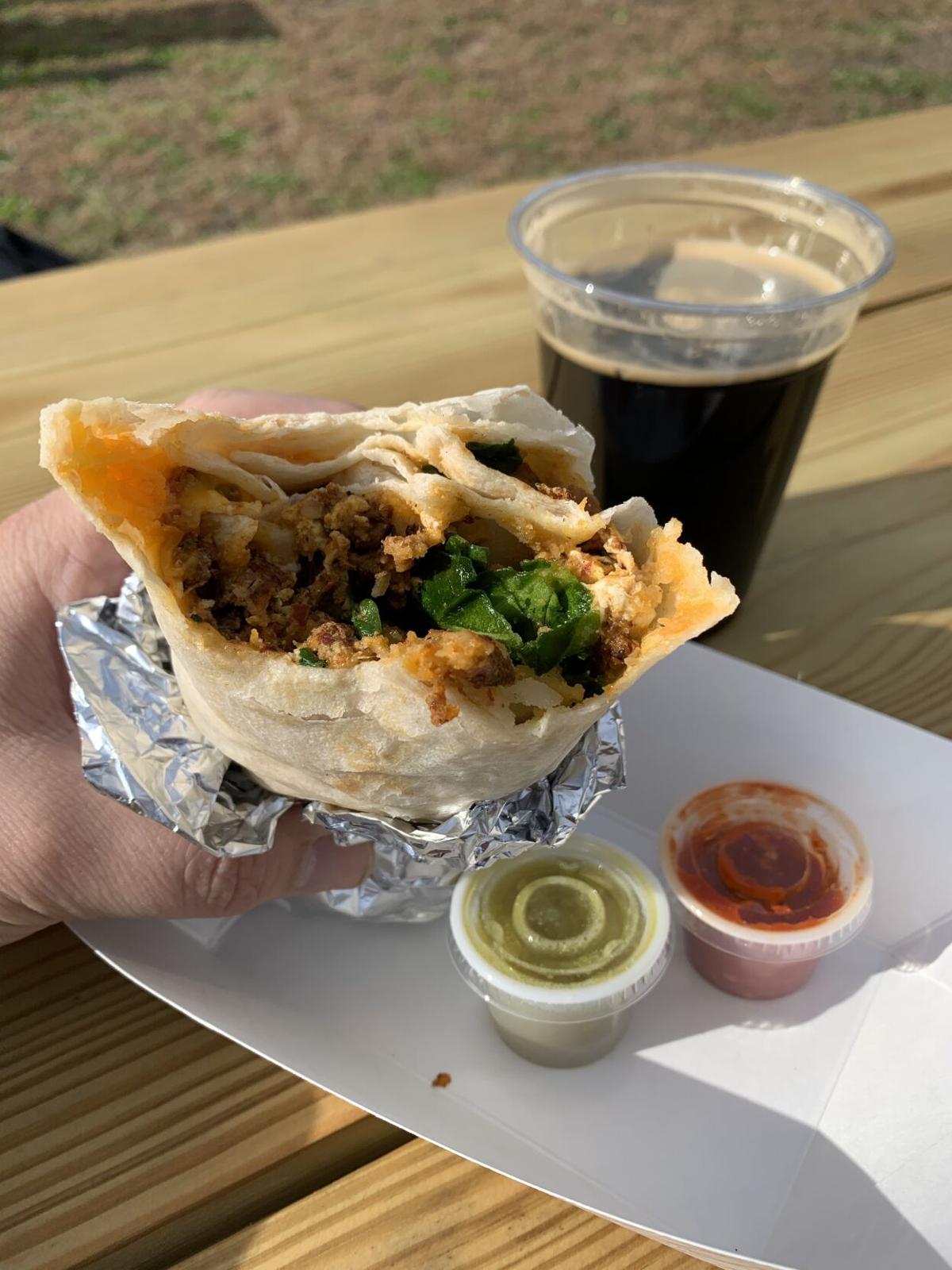 In its purest form, the burrito is a tortilla and fillings — bean, rice, protein of some sort and whatever else — wrapped together to make a contained meal.

That base has shifted little over the decades, but there are still plenty of variations on the formula. There are the large, overstuffed burritos popularized by the chain Chipotle (inspired by the behemoths that originated in San Francisco’s Mission district) and there are others that are more subtle and focused on different ingredients.

And in Columbia, there are several popular spots who serve their own variations.

One place that is showing the continued demand is Boca Grande Burritos. The new eatery was opened by former Cantina 76 executive chef David Grillo in late March. The owner-chef told Free Times he’s personally wrapped 1,200 of the shop’s chicken burritos — by far its best seller — in about a month.

He asserted it takes him roughly 45 seconds to make the burritos, far shorter than the time it takes to order and have it delivered.

Gustavo Arellano, author of “Taco USA: How Mexican Food Conquered America,” told Vox in 2015 that there are various theories for the origin of the burrito, but the most likely one has it forming in the northern Mexico state of Sonora. By the 1950s, it followed the earlier success of the taco in America and began to gain traction in Southern California. The burrito later went nationwide with the popularity of frozen burritos in grocery stores and schools.

The article details that those early burritos were simple, but soon gave way to the larger, super-stuffed burritos that are popular now. And more adventurous types became common, with Arrelano pointing to things like a hot dog-style burrito or a “double burrito” targeted at hungry firefighters. By the ’90s, Chipotle opened its first outpost and the burrito’s ubiquity was sealed.

Keying on Boca Grande’s initial surge of popularity, Free Times reached out to Grillo and two other in-demand burrito makers to find out what sets their versions apart.

Los Chicanos, the popular Mexican food truck known for its weekly presence at Soda City Market and various other stops throughout the Midlands, offers five burritos, in addition to a recently debuted chimichanga.

Owner Adrianna Favilla said many of the truck’s recipes come from her father, who is a longtime cook at Mexican restaurants and chains such as IHOP. The most recent burrito, the Sunrise Burrito, came by way of his experience at the pancake eatery.

“If it wasn’t for my father we wouldn’t have been able to create the sunrise burrito, which is basically an omelet in a burrito,” Favilla beamed. "My dad is an expert in making breakfast, you could say.”

The burrito debuted about four months ago, and from my own experience, I can confirm it does achieve the ambition of constructing an omelet in a burrito, and fits the classic Americanized idea of the breakfast burrito. It comes with a base of eggs, cheese and bacon, plus the addition of chicken or steak. If you’re a vegetarian, you can sub in spinach and avocado instead.

I took mine sans additional protein, with just the base of eggs, cheese and bacon. While minimal, it was delightful. The fatty, smoky bacon paired well with the cheddar cheese and scrambled eggs.

Los Chicano’s other burritos include options that range from a spicy shrimp burrito to a Classic Burrito, which is just rice and beans with a few accoutrements. Its breakfast burritos are only offered at Soda City Market and at occasional brunch services.

“The basic burrito is rice, beans and carne asada and that’s how we serve them,” he said.

But that doesn’t mean the restaurant avoids more eclectic flavors. It offers a spicy shrimp burrito and a more outlandish offering in the Loco Fries Burrito. It might be the most adventurous burrito detailed in this article, as it comes stuffed with french fries, guacamole, cheese and meat, Fabila described.

“It’s basically a whole meal in a whole wrap,” he described.

Fabila said the main innovation he’s noticed in burritos in Columbia and elsewhere is the size. They just keep getting bigger, including at his restaurant. Real Mexico used to use smaller tortillas, but are now using 12-inch tortillas. He’s seen other restaurants move up to 14-inch options and food-challenge variations (the “I ate the whole thing” T-shirt deal) that can weigh up to two or three pounds or bigger.

At Grillo’s Boca Grande, he offers six pre-set signature burritos, plus a build-your-own option. Each comes with either red or yellow rice, pinto or black beans, some form of cheese and a protein —beef, pork, chicken, chorizo plus tofu and other vegetarian options.

Grillo said he aims to provide burritos that aren’t overly dressed up with seasonings or other sides. He wants to let the ingredients’ natural flavors shine through and work together.

“Composition wise, I try to keep each individual item honest and simple ... just small highlights of flavor,” he said. “As you layer these flavors, they punch through and create the dish.”

On a recent trip to Boca Grande, my partner and I ordered the Beef Burrito.

“Soft or crispy,” the cashier asked, before our order was set.

Recovering from a wisdom teeth extraction, I enviously watched as she unwrapped the burrito from its aluminum foil casing and began to munch. Meanwhile, I swallowed individual pinto beans whole and made a foolhardy attempt to do the same with corn.

Eventually, I did try a sliver of the beef and was pleased with its true-to-itself flavors. In keeping with Grillo’s intent, it tasted like beef should, solidly but not overly fatty and mouth-filling, with a rich and delicious flavor.

In the future, Grillo expected to begin experimenting. While he won’t harken back to 20th century versions a la a hot dog burrito, he teased options like a breakfast burrito for brunch services or the sushi burrito, which has been in other cities and not quite taken off here (or there, for that matter).