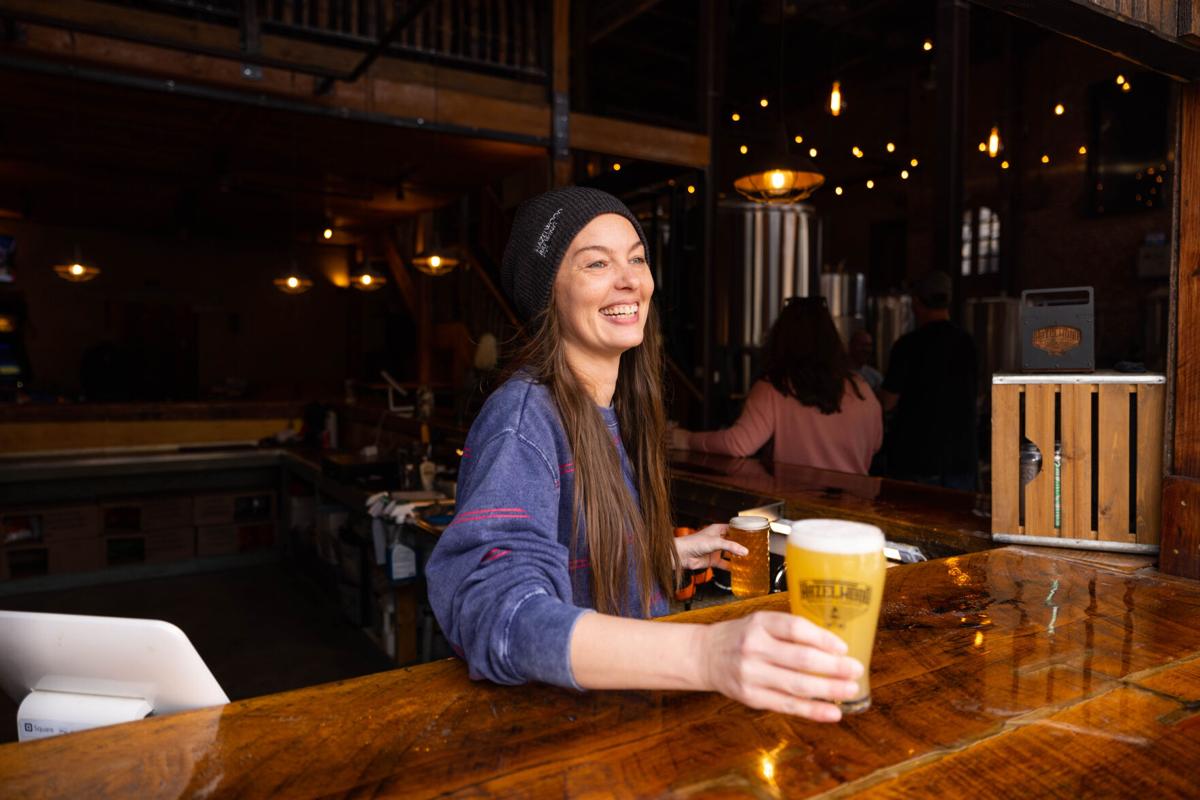 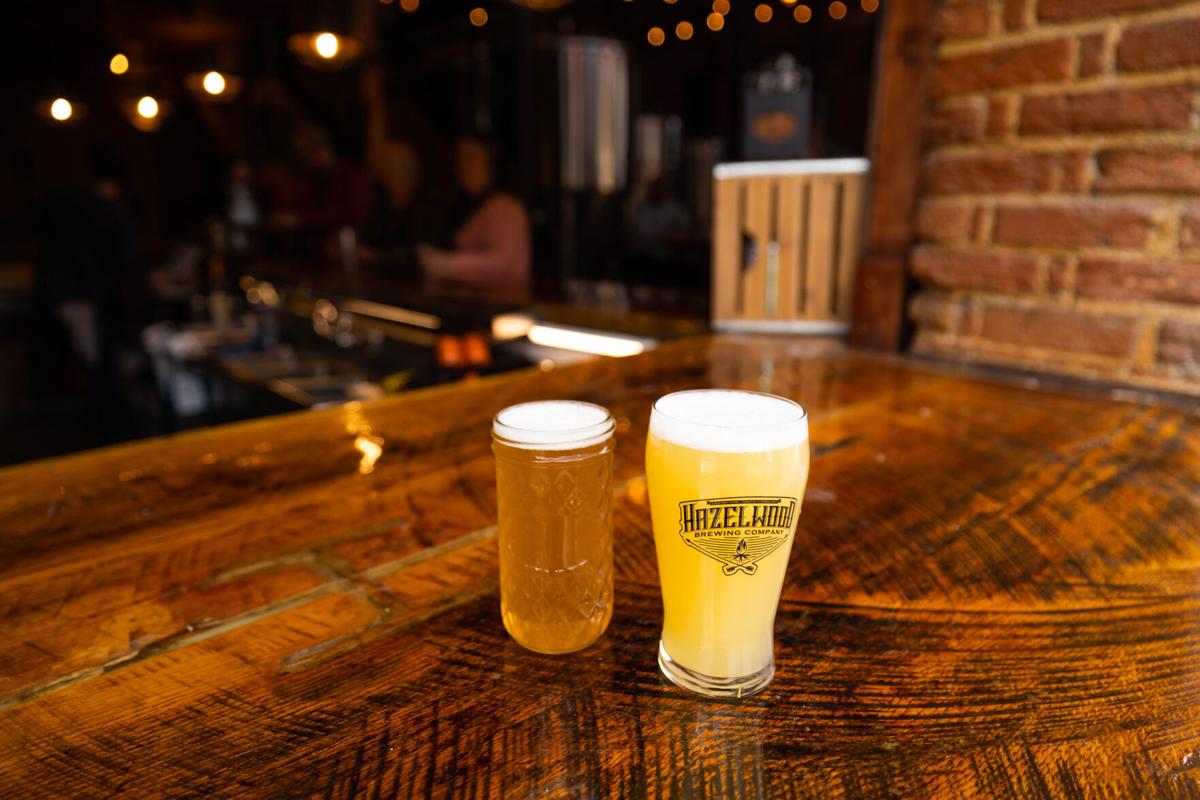 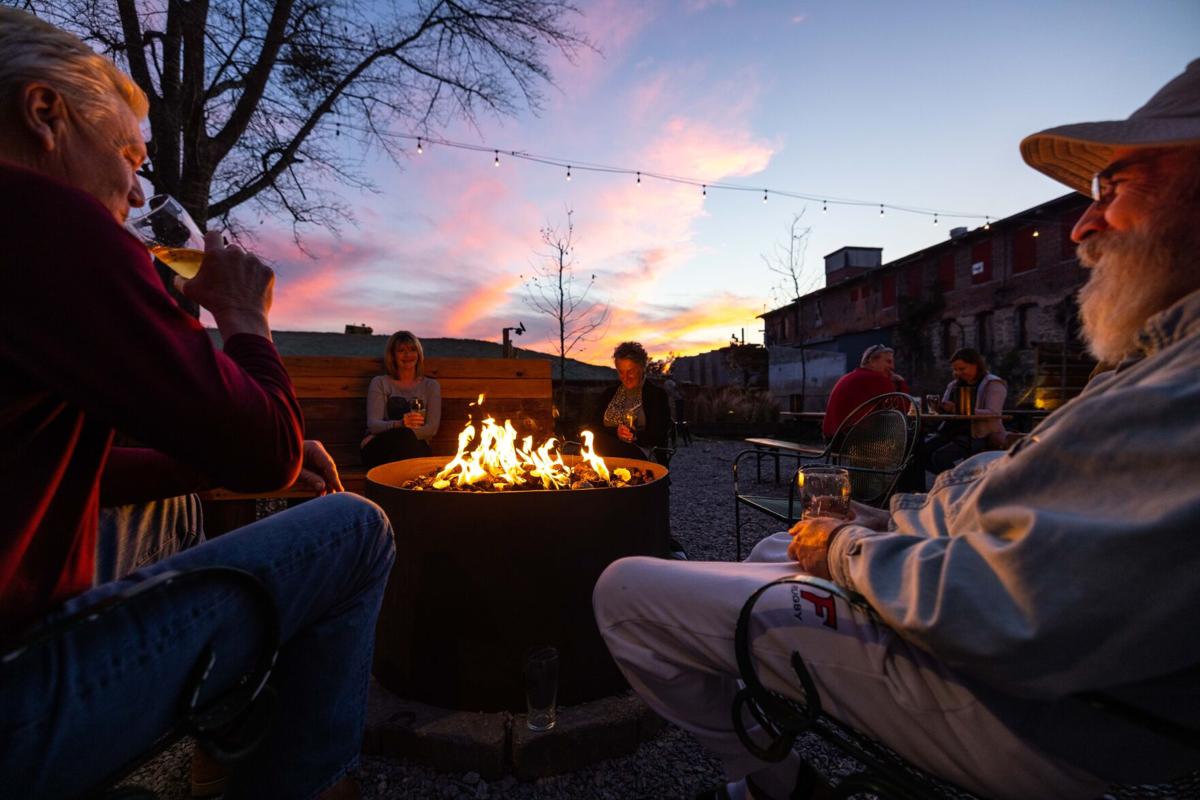 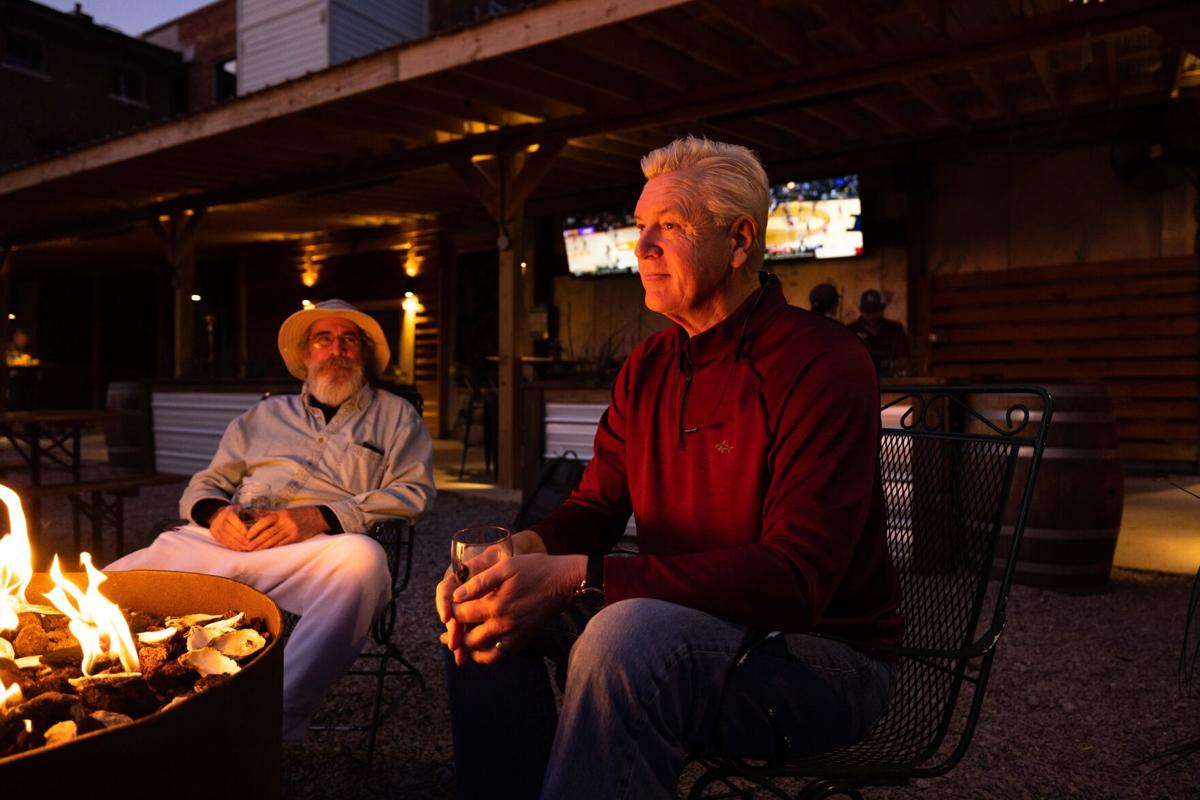 Sam Hare (right) and John Donovan (left) enjoy a pint on the patio at Hazelwood Brewing Company in Lexington, SC on Feb. 12, 2022. Photo by Thomas Hammond. 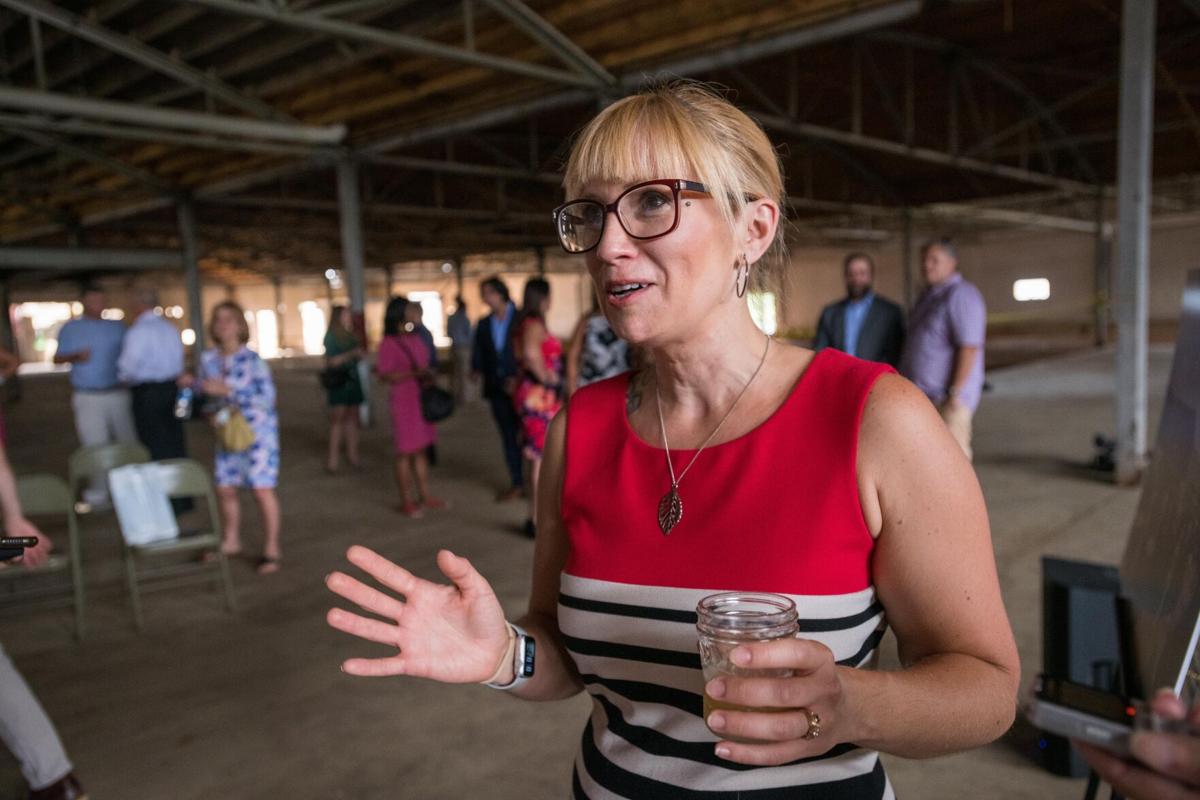 Brewmaster Ashley Kinart-Short of the future Peak Drift Brewing tells the press about her inspirations and influences, on July 13, at the brewery’s home off of N. Main St. in Columbia. John A. Carlos II / Special to The Post and Courier 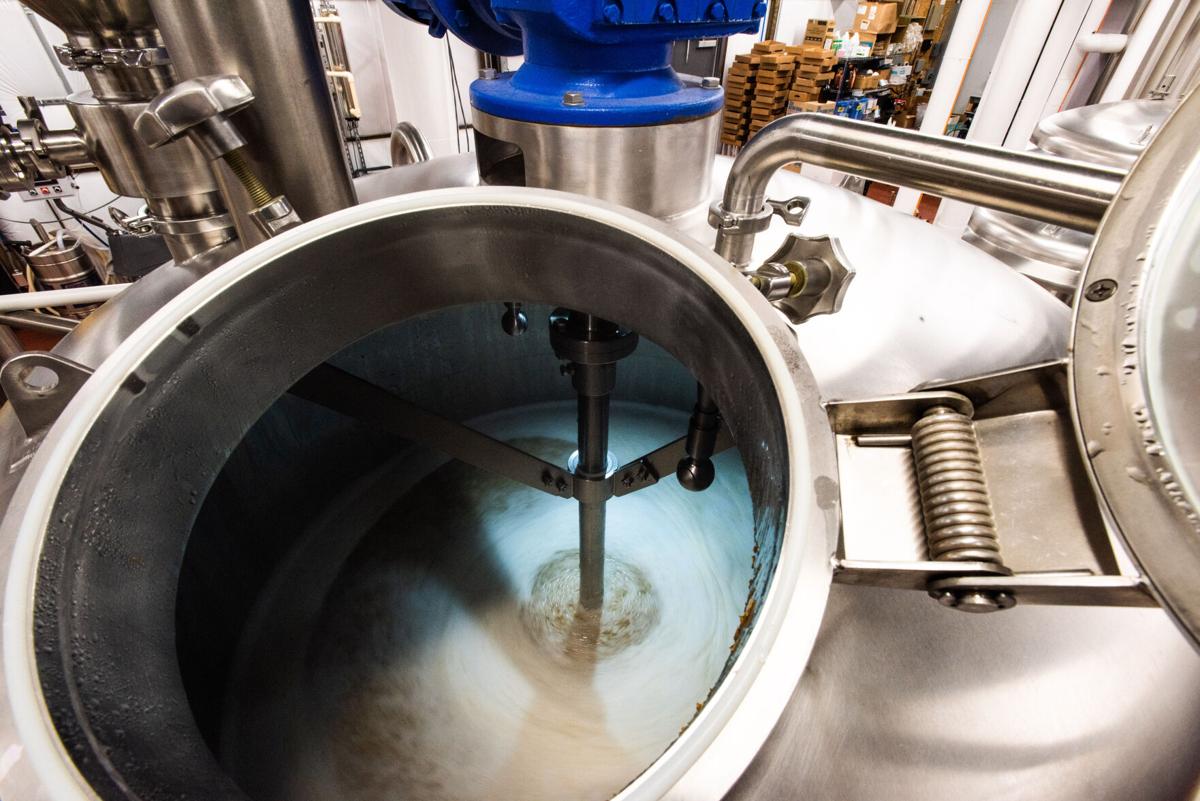 Sam Hare (right) and John Donovan (left) enjoy a pint on the patio at Hazelwood Brewing Company in Lexington, SC on Feb. 12, 2022. Photo by Thomas Hammond.

Brewmaster Ashley Kinart-Short of the future Peak Drift Brewing tells the press about her inspirations and influences, on July 13, at the brewery’s home off of N. Main St. in Columbia. John A. Carlos II / Special to The Post and Courier

Breweries in Columbia are rebounding from the obstacles that the COVID-19 pandemic has thrown their way with plans to grow their spaces and brewing capabilities.

With a new brewery coming to Columbia's North Main and several local craft breweries planning growth, the brewing industry in the Midlands is bouncing back after two tough years.

"Numbers wise, for us, everything is up in the taproom and in distribution because people are just going out to bars and restaurants again," said Shaun Piggott, head brewer of Columbia Craft Brewing Company.

The brewery has seen their numbers meet and at times exceed pre-pandemic levels in recent weeks, according to Piggott.

The number of people comfortable dining out and visiting bars and restaurants has continued to rise since March of last year, with around 70 percent of adults nationwide now comfortable eating out, according to survey data.

Despite some lingering issues, breweries in Columbia have managed to stabilize and, in many cases, are growing. Brewing staples like Bierkeller Columbia, Cayce’s Steel Hands, Columbia Craft and Hazelwood Brewing Company in Lexington have laid out plans for expansion. And at least one new company — Peak Drift Brewery — will be coming to the area in early 2023.

Since 2016, Bierkeller has operated out of Swamp Cabbage Brewing. Late last year, owner Scott Burgess received an economic development grant from the city of Columbia to help open up his own brick-and-mortar spot, which he hopes will be close to the Congaree River, where he hosts frequent Bierkeller pop-ups.

Burgess plans a brewery in the mold of a Germanic beer hall and biergarten, with an emphasis on the outdoor aspect of biergartens.

"We always had it in mind that if it was successful, that we would go out on our own. We've been doing it down at Riverfront Park, in our pop up form for three years and that's gotten really big. And when that started to take off, we started to think, 'Okay, can we find a spot that's gonna serve our needs?'" Burgess said.

Steel Hands, which has been a popular spot since opening in late 2018, plans to expand its brewing business regionally. Co-owners Scott Lambert and Darryl Frick will open a Greensboro, N.C., location and continue to expand distribution, with their beers in stores across South Carolina and in parts of Georgia. The Greensboro location is set to open mid-March.

Columbia Craft also has growth in mind. The brewery and taproom, located just outside of Columbia's Vista, is adding a rooftop bar to its location, which will feature 16 taps and open in late March.

"I think a lot of the breweries around here are doubling down and expanding," said Matt Rodgers, who owns Hazelwood in Lexington. "We're adding on to our fermentation space and picking up a few more staff members."

Hazelwood beer, which is often brewed using hops hand-picked from the family farm, has been drawing people to the taproom since it opened in 2019.

Sara and Greg Middleton, whose family is known for upscale and entertainment-focused restaurants, like The Grand on Main and Main Course, are bolstering the brewing scene, with their newly-opened Smoked, an oyster bar, restaurant and microbrewery on Main Street.

They also have plans to open a new 66,000-square foot brewery and entertainment complex on North Main called Peak Drift. It will be the state’s largest capacity brewery, with 25,000 barrels, according to Jason Snyder, director of sales and operations.

The brewery will have spaces for people to try drinks and socialize, a packaging system that will allow them to can and label their own drinks for distribution and the ability to make beverages besides beer, like hard ciders and seltzers.

Peak Drift will be the first brewery in the North Main area since Cottontown Brew Lab, which has remained closed throughout the bulk of the pandemic.

Peak Drift joins 95 other breweries that operate across South Carolina. Across the country, the number of craft breweries has risen steadily since 2016 and hit an all-time high in 2020, according an annual production report from industry group the Brewer's Association.

The expansion and growth of the industry are all positives for those involved, brewers said. But that doesn't mean the pandemic didn't take its toll.

Malted barley is the preferred grain for many brewers and last year's crops were affected by hot, dry weather, decreasing harvests by nearly 22 percent. With the shortened supply, many brewers were forced to pay more for lower quality ingredients.

On top of that, the industry continues to be plagued by supply chain issues. It’s an ongoing problem that many brewers said was costly and affected production schedules.

And with Columbia’s brewing scene becoming more crowded almost every year, the business conditions are only expected to continue to become more competitive.