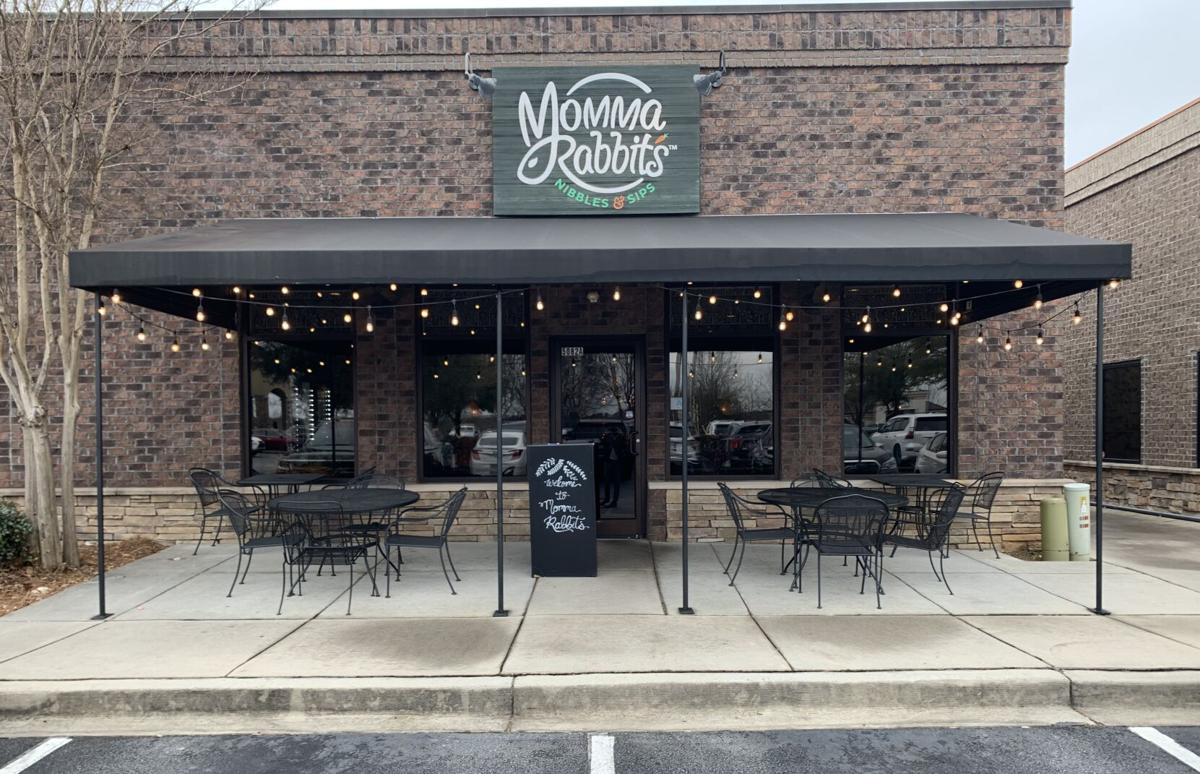 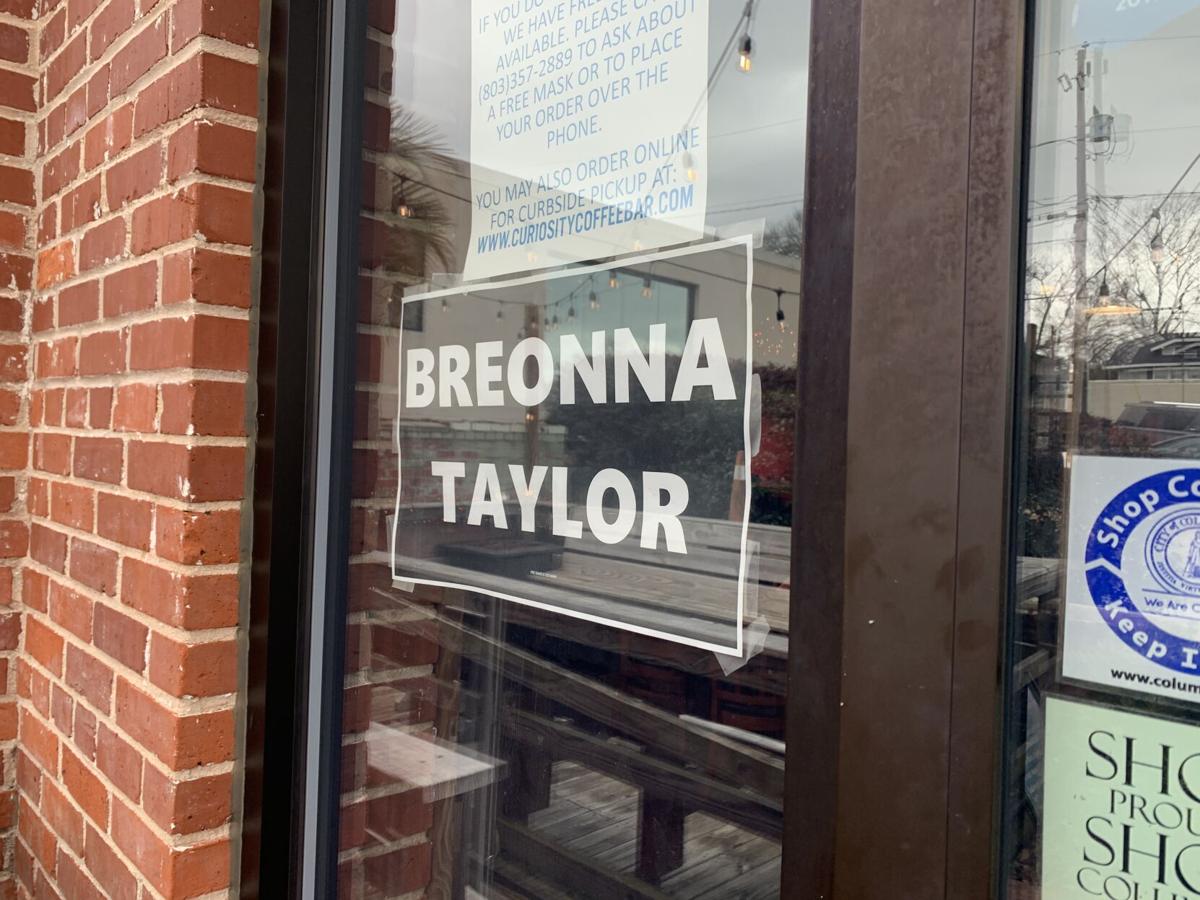 On Jan. 6, pro-Trump rioters stormed the U.S. Capitol, damaging the building and clashing with local police, resulting in the death of four rioters and one officer.

Among those demonstrating was the co-owner of Momma Rabbit's Nibbles and Sips, a Lexington cafe.

In social media posts and a subsequent interview with WIS-TV, Sarah Grace Allen said she did not participate in the trespassing and violence that followed the initial protest.

“I would 100 percent do it again,” she told WIS-TV. “There was nothing there that I witnessed, or that I was a part of, that I’m ashamed of at all. I certainly don’t condone any of the vandalism that we heard about after the fact. At all.”

The result of her attendance at the demonstration that became a riot was a slew of negative online reviews on various websites and biting comments left on her personal social media pages and those of her restaurant. A Facebook group named No More Momma Rabbits appeared, and has since accrued more than 700 members.

"MAGA Rabbits. Supporting traitors every day," one user posted on Jan. 10, responding to a Facebook post from Jan. 5 announcing a "Pita Cottontail" special.

Other users have chimed back, supporting the restaurant.

"The pure hatred from Democrats only proves they are deranged! Not acting like good people at all! I will support your right to life, liberty and the pursuit of happiness and your right to have a different opinion," another user posted on Jan. 13, replying to the same Jan. 5 post from Momma Rabbits.

The lone subsequent post has seen little commotion since being posted on Jan. 21. Allen did not respond to Free Times’ requests for comment.

The No More Momma Rabbits group, which plans to change its name to something more general in the future, has become a sort of digital activist space to organize against businesses that advocate Trump and his policies, along with anti-mask restaurants and other actions they oppose.

They plan to create things like “no-go” and “please go” lists of local businesses and a list of Black-owned restaurants.

The group eventually went private, to tame trolling and other alleged threats, explained Lex, a page administrator who spoke with Free Times under the condition that they not be fully identified. They added that some of the other administrators' employers have been contacted about their role in leading the group.

Momma Rabbits’ experience is just another example from recent years of a business getting into an uncomfortable situation when owners align themselves with a partisan political viewpoint, particularly when it comes to supporting the controversial policies and rhetoric of now-former President Donald Trump.

In 2019, Cayce’s Just Us Cafe and since-shuttered Cottontown pizza joint Citta del Cotone came under fire for posts that many considered aggressive and discriminatory.

Just Us Cafe is still in operation, and has continued to post pro-Trump messages on its marquee along Knox Abbot Drive. Citta del Cotone, which removed a co-owner after many several posts on personal social media were decried as anti-LGBTQ, anti-Muslim and sexist, shut down quickly after the backlash.

Local businesses that Free Times spoke with had little to say on Momma Rabbits’ situation.  As to how they approach taking political positions, all of the owners said they don’t actively seek to be political, and those who do post messages that could be perceived as political countered that characterization.

Cottontown’s Curiosity Coffee Bar has signs up with Breonna Taylor’s name and pro-LGBT messages. But co-owner Greg Slattery said the shop made a conscious decision to be apolitical as a business when it was formed. The signs, he posited, are not political, but humanitarian.

“We feel like we draw the line, we think human rights are of utmost importance,” Slattery explained. “(It’s) often something over-politicized to their detriment and that’s something we find to be very important.”

A business that is openly pro-Trump might have a higher likelihood of succeeding in Lexington, the seat of conservative-leaning Lexington County, than within Columbia’s left-leaning urban bubble, Slattery said.

Despite that history, Andy Rodgers, co-owner of Art Bar in the Vista, suggested that a business that is pro-Trump would likely be able to operate in Columbia.

“I don’t think it would thrive, but I think they could probably weather the storm to a point where people have forgotten about it,” he said and pointed to the survival of nearby West Columbia eatery Just Us Cafe.

Rodgers shared that he doesn’t view it to be his business’ role to “tell people what to think or do” and that drives him and his co-owner to remain neutral.

Rodgers said he was “gobsmacked” by Momma Rabbit’s approach to being openly pro-Trump.

“They’re definitely taking that Trumpian f#!k your feelings approach to it. You know, that’s their prerogative, that’s their business,” he said.

Others were uncertain that politics plays into a business’ success or failure, or didn’t want to address it. They all stated a desire to keep their businesses politically neutral.

The Blended Bakery, which used to operate out of a mobile trolley before opening a brick-and-mortar in Lexington near Momma Rabbits, and which recently announced plans to operate the trolley in a similar suburban community out in Camden, avoids politics entirely and discourages his staff from partaking in political talk, said co-owner D.J. Stone.

“It’s not … my business’s place to have a position,” he responded. “Quite frankly, my employees don’t know where I stand politically and frankly that’s just how it is. I don’t want to incite hatred one way or the other.”

Stone said he was uncertain how politics play into business in Lexington.

Hazelwood Brewing Company owner Matt Rodgers said he avoids the stress negativity of politics, and that his Lexington brewery and taproom emulates that. He did mention that their strict mask policies during the ongoing pandemic have bristled some, but emphasized that it’s a largely neutral atmosphere.

“It’s not our place to pick sides, (but) to create a happy and safe environment for people of all perspectives,” he said. “It’s such a polarizing world out there.”

Lexington Chamber of Commerce President Angelle Labord said political openness as a business is an individual decision. Having served in the role for less than a year, she said she was uncertain if businesses in Lexington were politically active. But she underscored that most businesses that remain politically neutral do so out of respect for their clientele, which can run a gamut of political beliefs.

Labord acknowledged that the “events in the recent days were different” than most politics, however.

“I think it’s the prerogative of the business and the business owners as to whether or not they choose to comment on political issues,” she said. “I know it’s obvious, but it’s just a personal decision.”