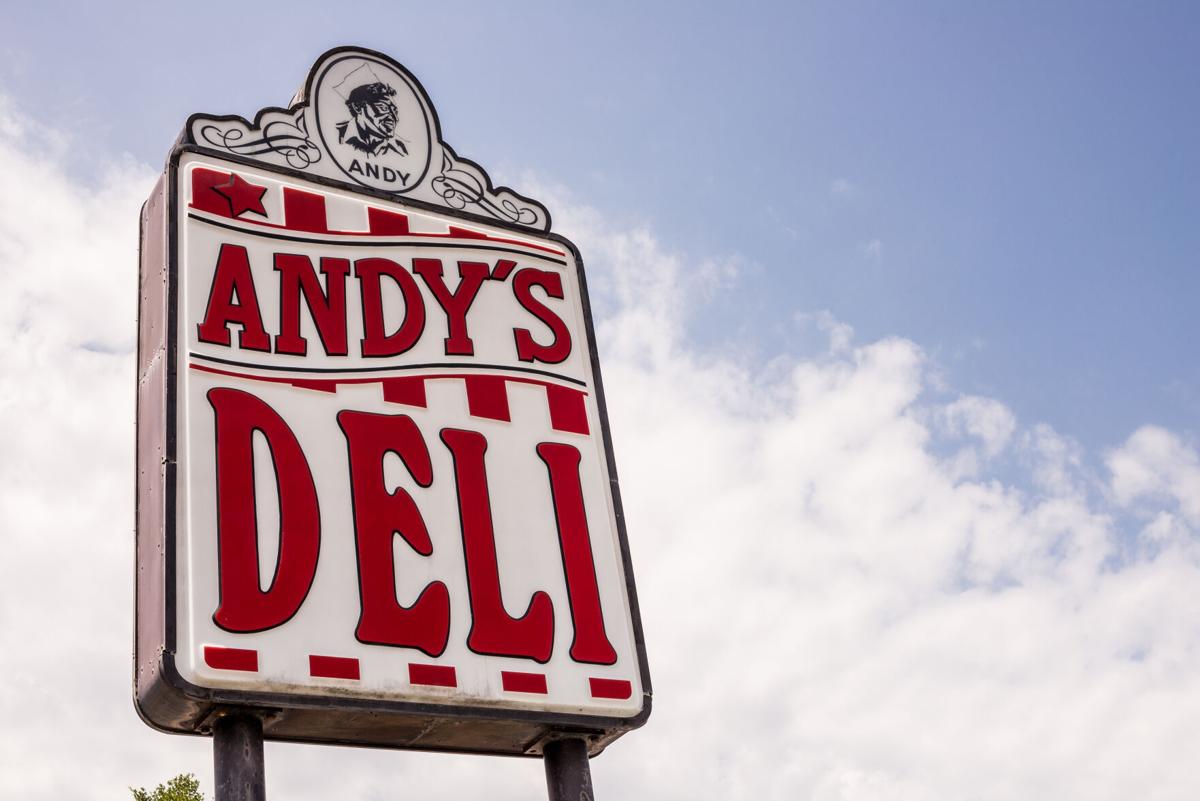 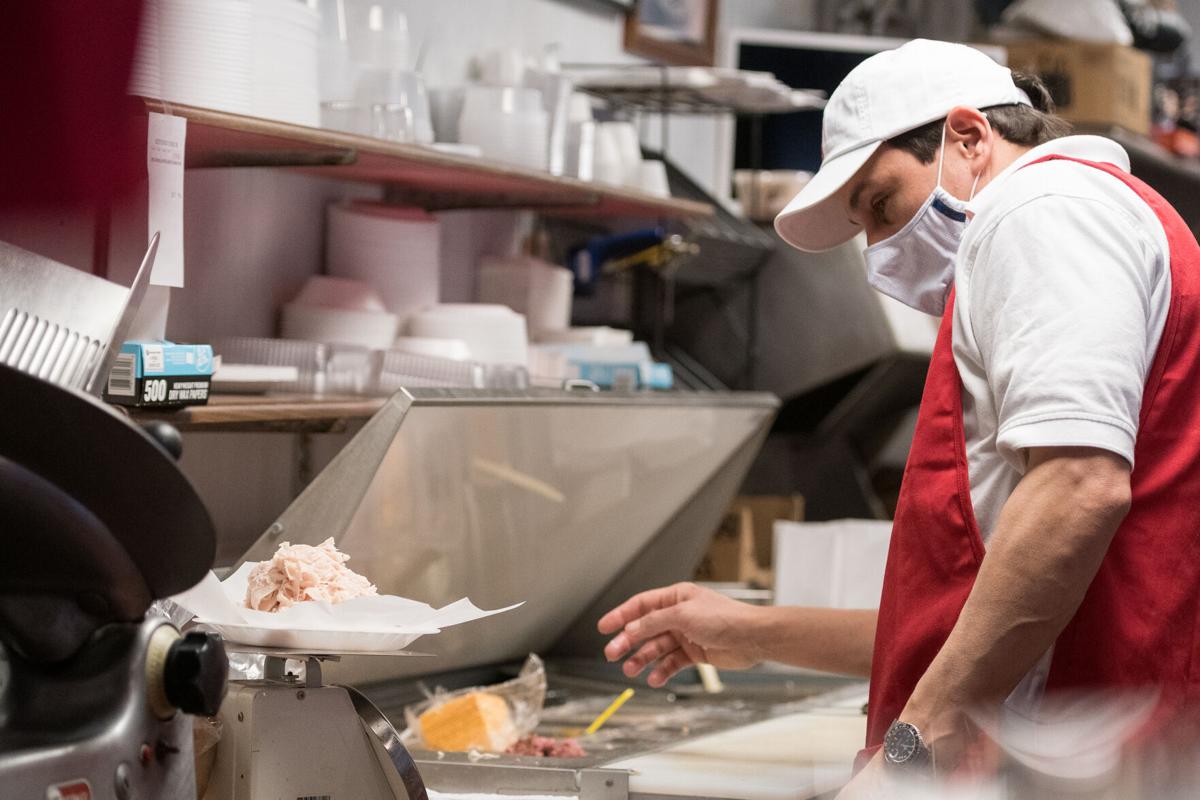 Andy Shlon, the son who shares the name of the restaurant's late owner, prepares an order at Andy's Deli on Feb. 5, 2021.

Andy’s Deli was quiet on Feb. 4 as the lunch hours winded down into the mid-afternoon. The lone worker at that point was Andy Shlon, the 43-year-old who has the same name as his father, the restaurant's late owner.

His mother Carole ate lunch at a table nearby, seated with Shlon’s 10-year-old son, who watched "SpongeBob SquarePants." Later, the child would grab an ice cream sandwich from the freezer.

It’s been roughly two weeks since the elder Andy died. His passing was met with an outpouring of grief from the community, as the 79-year-old Lebanese immigrant had operated the iconic deli for 42 years.

Andy and his two sons and employees had run the restaurant with little change, with both sons present in the restaurant from a young age. His grandchildren were often there, too.

In the past, when the elder Shlon would miss days of work for hospital care or other reasons, they’d say he was in the Bahamas. It was a joke that originated from a hospital stay in a room where what appeared to be window curtains actually covered a wall with a beach painting on it.

“There’s been times in his life where he had to go to the hospital, maybe three or four days,” the younger Andy shared. “I guess it still feels like that. It might have sunk in, but not 100 percent yet.”

The loss of the elder Andy's presence is huge for the restaurant's regulars, and University of South Carolina students stretching back generations. His trademark greeting of, "Hello, my friend" had become as ubiquitous as the debate about whether Andy's or Groucho's serves the definitive version of Columbia's signature dipper sandwich.

So far, the other changes are ones felt by the family. The mail that was once dutifully opened by the younger Andy's father is now handled by the him, and, right now, the restaurant mainly runs through him. His younger brother Adam has a new child and spends most of the time at home now, outside of helping prep in the mornings.

“I guess the main thing different is, um, you know, even when he would be in the hospital, always could call and ask a question,” Andy said.

The elder Shlon was known for two things: his trademark greeting and his dedication to the restaurant. Andy said his father had a belief that the restaurant could not stay closed for two days back to back.

Shlon also had strong convictions about his restaurant’s traditions. He believed that “if it’s not broke, don’t fix it,” Andy said. The son recalled how hey tried to put Greek Salad and how his father insisted that the organization of the menu staying unchanged was paramount.

Still, the two worked together well — or as well as family can — Andy explained.

“At the end of the day, it was his way or the highway,” he said. “I might not have seen it back in the day, but, you know, he had the best interest in everything.”

His dedication to the deli was evident as ever on his final day, when he and Carole decided to delay morning plans to go to the grocery store. He instead said he would go to the store to prepare an order, but he collapsed before leaving home.

That day, Andy and his brother Adam finished that order before closing the shop.

“Since he was worried about it, I wanted him to get (the order) out,” he explained.

Afterward, he walked with a friend, processing the news, until about 1 p.m., when his son called him, wondering when he’d be home.

In the days since, word began to spread and buckets full of flowers were delivered to the deli, some of which are still around the shop. Photos, as always, adorn the walls, with a new one of the elder Andy up by the register.

After his death became known, many offered public condolences and acknowledgments — including U.S. Senator Lindsey Graham and many notable players in the local hospitality indstry.

Andy explained that one of his father’s favorite aspects of his work was seeing different generations come to the store.

“He just enjoys people,” Carole Shlon said of why her husband loved the work. “He was very relaxed. A good person.”

Andy added that his father knew many of the owners of Mediterranean restaurants in the community, and would frequently offer them business tips. Now the young Andy finds himself relying on many of those connections for advice, along with employees like Gloria Robinson (known affectionately as Ms. Gloria), who’s worked there for 35 years.

The family’s hope is that the deli stays stable and that little changes as it moves on without its founder and most diligent worker. They don’t plan to switch anything up, continuing to follow the elder Andy's tradition-minded approach.

“I’m not trying to take his place," the younger Andy said. "I’m just trying to fill his shoes for the time I’m here."

He seemed to be doing his best impression. As a customer walked in, Andy got up and walked behind the counter, ready to take his order.