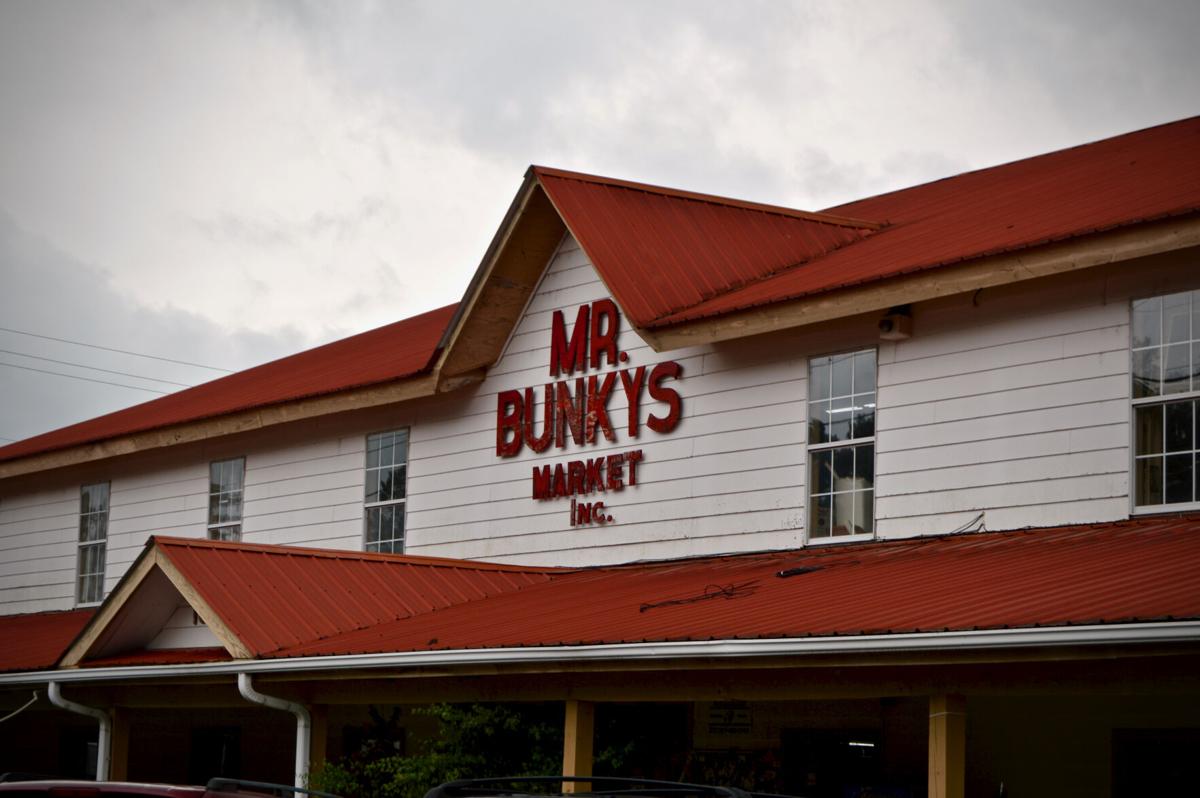 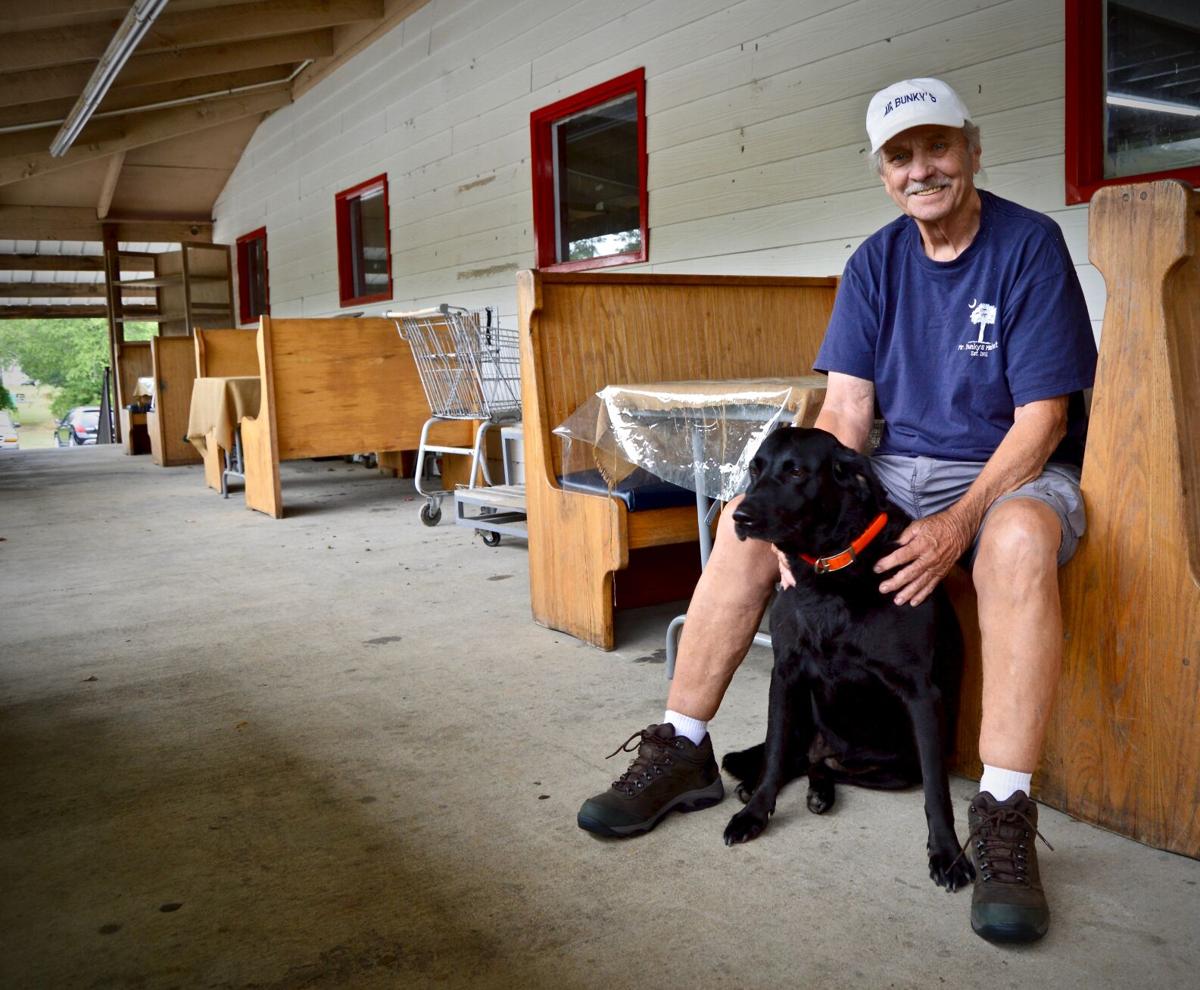 Hansel Carter, known as Bunky, and his dog Gretel pose for a photo outside of Mr. Bunky's Market. 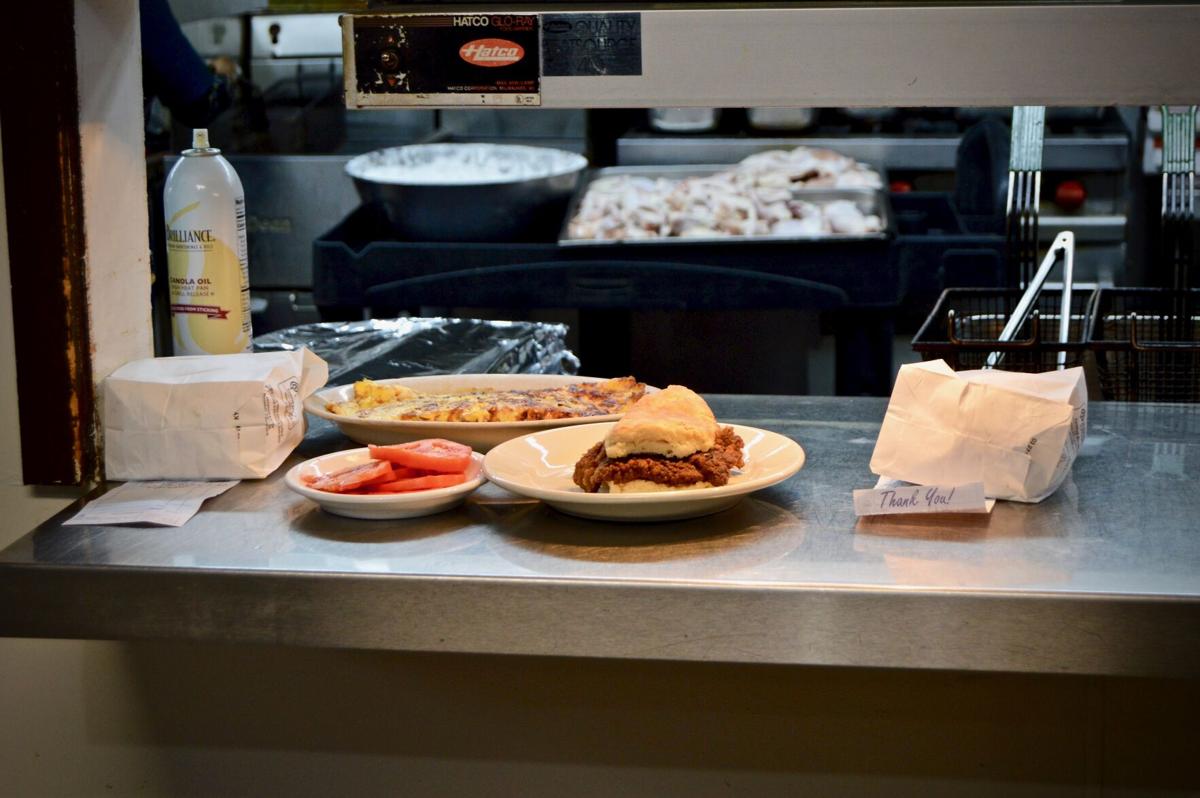 Food at Mr. Bunky's Market waits to be taken out to customers. 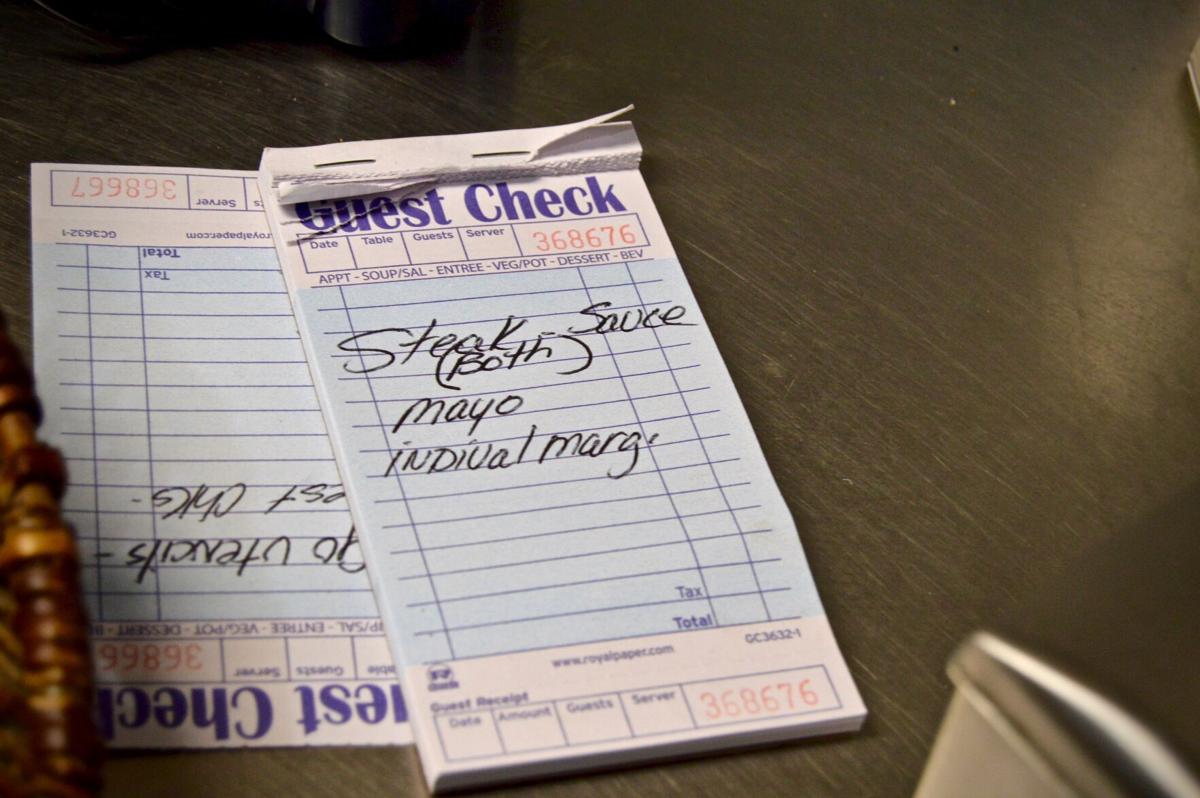 An order at Mr. Bunky's Market

Hansel Carter arrived in Columbia in 1958 when his parents dropped him off and left him here. The fresh high school graduate from the mill town of Great Falls came to work at a meat market.

Later that first night, his brother, a police officer, picked him up and let him live with him for a time while he found his way in a new place.

“That’s the way it was back then,” Carter reminisced.

It was an unceremonious beginning from a far ago age for Carter, who is now best known by the nickname Bunky, the proprietor and main face behind Mr. Bunky’s Market. Opened in April 1981, The gas station/restaurant/hardware store has developed a devoted following in the southeast Richland County hamlet of Eastover.

From the road, it appears as little more than an oversized country gas station with a red roof. But the business belies its mundane exterior with its diverse range of offerings.

On one end is a meat market, butting up against shelves of hardware, trinkets and more. On the second floor are consignment offerings, with various vendors selling second hand odds and ends like dishes or books.

On the far end of the first floor is what Bunky’s is best known for, the restaurant. A true Southern country eatery, it serves fried quail, okra, burgers and more.

Despite the nostalgia-inducing digs, the store has seen numerous updates over the decades. The most recent addition is the pizza and salad counter that opened last month.

“I suppose we didn’t do much advertising. Mostly word of mouth and we just served real good vegetables,” Carter said of how the business grew, noting he would head to the farmers market the next day to buy produce.

For half of his adult life, Carter has run the store that sits about 30 minutes outside Columbia's city center. He’s surprisingly spry for his 81 years, keeping his hands in almost all facets of the store and frequently undertaking physical labor that people half his age might balk at. He recently dug a pond on the property.

It’s a tendency that he’s exhibited throughout his life. Carter worked as a farmhand, professional horse rider, trainer and produce delivery driver, among other stints, before starting the store.

It was during this period of quickly changing occupations that he derived his famous nickname. Carter’s meat market employer, from when he initially arrived in the Columbia area, determined that his real name, Hansel, was no good for the work and instead called him Bunky. Clearly, it stuck.

His store has existed in two versions. A fire burnt down the initial smaller one in 1999. Carter rebuilt the store on his own, saying he didn’t have the money to have it done by a contractor.

“I wish I could find a new person that … is as ambitious as I was when I was 40 years old,” he said. “Those kind of people are scarce.”

As for whether he fits that description in his eighth decade, he answered in the affirmative.

Bunky isn’t the only person to stick around the store for a long time.

Manager Kim Fleming moved to Columbia from Florida in the late-2000s. Unfamiliar with the area, she landed at Bunky’s after a friend-of-a-friend referral, starting as a cashier.

“It’s just different, it kind of takes you back a little bit,” Fleming said of the store. “It (has) an old country feeling, it’s just down home

“These people, they treat me good,” she added. “It’s just really home.”

Cashier Nu Singh started at Bunky’s about 15 years ago and has been on the staff on and off ever since. She’s back working consistently for the first time since 2015.

“The boss man is the biggest-hearted man I’ve ever met and his whole family,” she offered. “Me sticking around has to do with him.”

Fleming and Sing are two of the more prominent workers at the store, but they’re far from the only longtime employees. Fleming reported that one of the cooks has been there for 20 years, another for more than 10, while another store worker has been at Bunky’s for 15 years.

“It’s not a kind of a turnaround kind of place. Once you’re in you’re in. You just don’t want to go,” Fleming said.

The manager and cashier describe Carter as humble — he referred to himself as shy. Singh asked that this story include only a few kind words from her, saying it would make him uncomfortable.

Carter offers up a dose of dry wit as well. When asked if he ever wondered if the store had taken on too much, he responded promptly.

“Only twice a day,” he answered.

Neither Singh nor Fleming believe he will quit anytime soon. Singh noted the only days she’s noticed him missing work is when he’s been in the hospital for procedures.

“He’s not going to slow down and I don’t want him to slow down, because that keeps him going,” the cashier offered.

Bunky believes the store’s presence is needed where it is, but is uncertain what will happen with it in the future. If it does keep going when he has to pull away, it would likely be his daughter who would take on the challenge.

For the last decade, since Carter and his wife divorced, she’s helped him manage the store. His other two children are uninvolved with the business, with his son farming the land he once tended and another daughter living in Georgia.

Lewis, who was 2 months old when Carter purchased the store, is the best fit, but Carter worries about her working the hours he does and missing out on family life the way he has. She recalled that the family didn’t take vacations in her youth, and she was teased when her first trip to the beach was as a teenager. Still, it worked out well, she said

“I guess I’m like my dad,” Lewis reflected. “I never wanted to leave the farm, I was perfectly content with all the animals.”

Before the COVID-19 pandemic, the store would open at 7 a.m. and close at 9 p.m., which means arriving at least an hour before and staying an hour after, and it has few holiday closures.

The pandemic led them to nix their dinner service, which Carter doesn’t plan to bring back. It’s too many hours for him to work now, he acknowledged.

Lewis’ own career might easily fold into Bunky’s, as the clinic she works for is in talks with the store to potentially open an outpost there.

“That’s the only way I can foresee it working,” she said. “I just can’t choose between the two and why not have both?”

Carter is uncertain what the store’s future will look like, calling the doctor’s office expansion “Lewis’s plan,” but he’s certain she would be the one to carry it on. Whatever the future brings is still on hold though.

At present, Carter has no intention to slow down. Still, it’s clear that the eventuality is on his mind. He suggested he wouldn't quit until he had to, and he’s told previous newspapers much the same throughout his history running the store.

“I don’t have any plans to stop. I guess mother nature will stop me,” he said. “As long as you're enjoying what you're doing, I guess you’ll just keep doing it.”