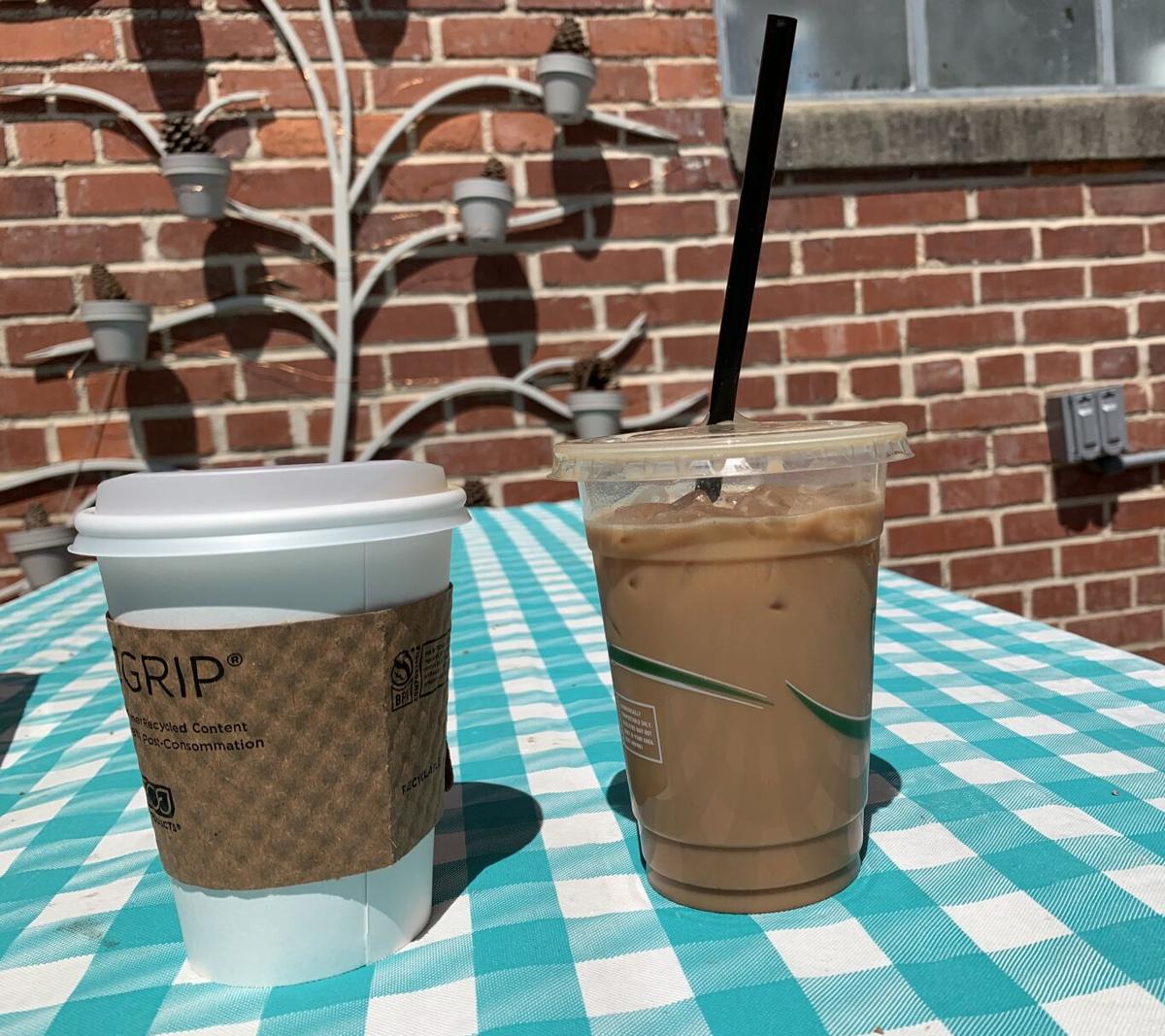 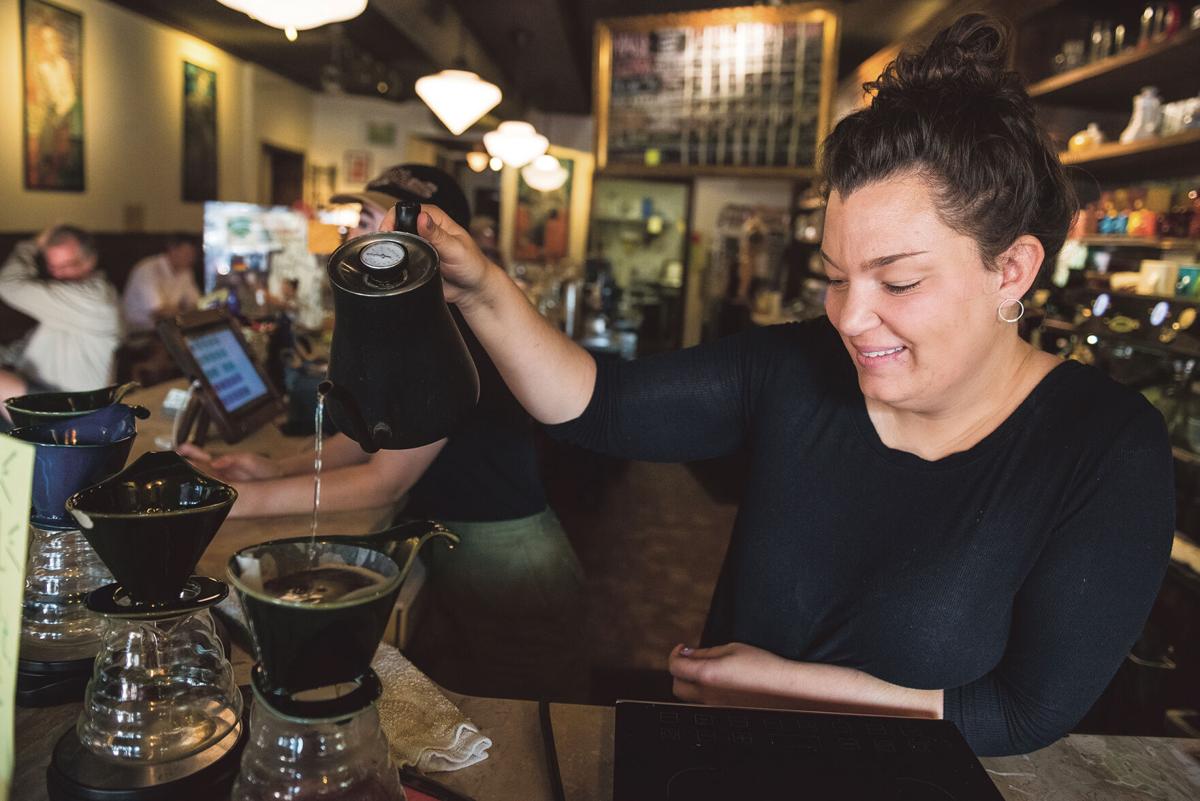 A barista at Drip Coffee makes a pourover coffee. 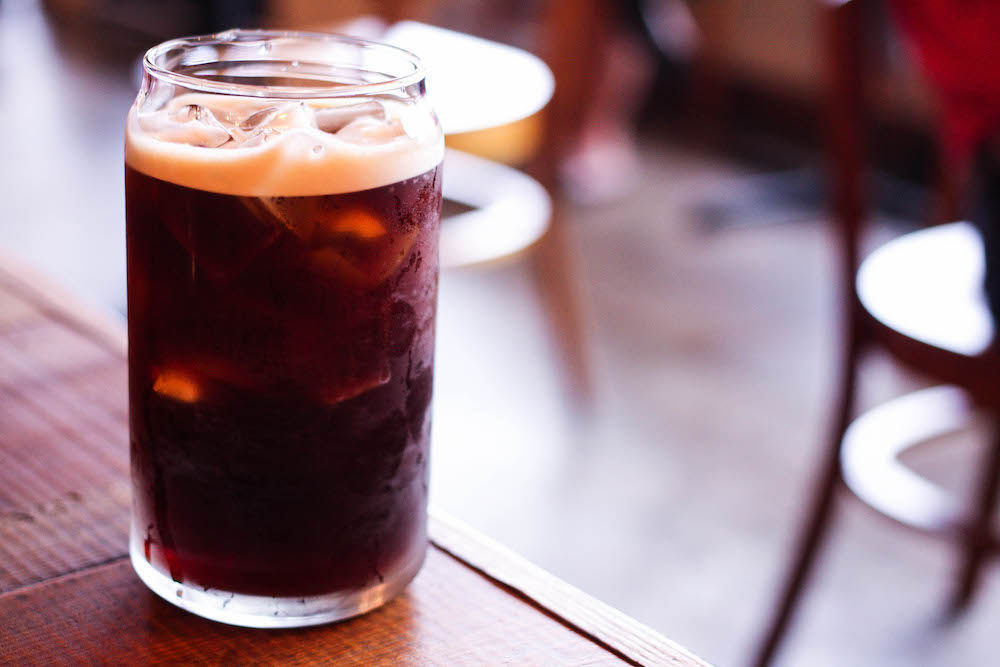 Columbia is officially in the latest era of Starbucks proliferation.

Since the start of the year, the cafe giant has announced or opened at least four new outposts in the area in the last. In total, there are roughly 40 in the Columbia region, per the shop's website. The siren-clad coffee commonly has a drive-through, and it readily lures in commuters and others who would rather not go inside.

Depending on your point of view, this growth is either a welcome expansion of consistent coffee options or a corporate blight on the land.

Why get an iced latte from Starbucks, for instance, when there’s a standout option sold by a community-owned shop?

Free Times has compiled a list of five recommendations from local shops to seek out in lieu of a similar offering at Starbucks. There's plenty of other standout coffee spots in town — the forthcoming Azalea Coffee Bar, Cool Beans and Blum Coffee, for instance — that aren't being highlighted here, but they'll certainly get the job done as well.

Drink of the Week: Confluence Blend from Columbia's Indah Coffee

Step away from overly sweet blended espresso drinks and treat yourself to something a bit more elevated with Curiosity Coffee Bar’s Mexicano. It tastes loosely caffeinated — though still gets the energizing done right — with a semblance to a mocha latte.

I got mine iced and was pleased with its subtle spice from the cinnamon and chipotle from the shop's housemade chocolate syrup. My partner remarked that it came across like chocolate milk, which I’d argue is certainly not a bad thing, particularly with the extra edge.

Perhaps a mildly sweet latte is truly not what you’re looking for.

The pairing of espresso and sugar works wonderfully in tandem, with the crystals working to the coffee’s bitterness and acidic nature. But if you skew that balance so it leans heavier on the sugar side, you get a drink that is immensely drinkable, and there’s truly nothing wrong with that.

Head to Irmo and Loveland Coffee’s new cafe location or its older drive-through hut for a standout sweet option. The local coffee roaster has a host of specialty espresso drinks that range from spicy mochas to a Miel (a cinnamon and honey latte that you can make "Loco" with an addition of habanero). Yet, I’d point you to the Vanilla Dolce. It pairs vanilla beans with three sugars for a more complex take on the typical vanilla latte. It’s sweet, but refined.

At 80, Columbia sandwich institution unites generations of owners and customers

If you aren’t aware, oat milk (or oat beverage as the dairy industry would prefer to call it) is one of the hottest things in coffee shops. Starbucks has recognized this as well, announcing in March they had partnered with the brand Oatly to offer the alternative milk.

For me, oat milk has almost exclusively replaced traditional dairy milk in my espresso drinks. It's creamier and has a more earthy and, well, oatmeal-like flavor that I find pairs wonderfully well with most espressos.

Look no further than Cayce’s Piecewise Coffee for the best take on it in the area. Every week I reserve Saturday and Sundays for lattes — weekdays get my apartment’s drip machine — and the latter day is almost always a bee line for Piecewise. I typically take it iced, with vanilla syrup added in, and it’s a delight. It’s drinks easy and is well-balanced between the sweetness and the espresso’s roasty flavors.

If oat milk is the current hot trend in coffee, then the last was certainly cold brew. Seemingly overnight — which is about the amount of time one rests coarse grounds in cold water to make the hotly desired chilled beverage — the style replaced a regular iced coffee.

Usually, it has a higher concentration of coffee flavor but it loses a large chunk of the acidity that can come with drip coffee. It makes for a flavorful and accessible drink that pairs well with virtually any type of additive.

Columbia’s Indah Coffee serves a truly standout cold brew. While many are attracted to cold brew for its aforementioned coffee flavor, at times it can be over the top and overwhelming. But Indah’s in-house brew, poured off a nitro tap (like Guinness), is as smooth as any I’ve come across, while retaining more than enough flavor to make it interesting to drink, rather than something to quickly consume.

Give it to me straight — Drip Coffee’s numerous pour overs

Coffee has been popular in different parts of the world since at least the 15th century and was discovered even earlier, per the National Coffee Association. It’s a true centuries-old marvel, with the ways it can power you through the day and its global reach. At times, coffee in its purest, simplest and oldest form is the best way to take the drink.

Yet, even in that form there’s so much to offer beyond a simple pick-me-up. Enter Drip Coffee, which serves its coffee almost exclusively by way of pour overs a method by which more of the beans’ flavors are extracted, and its oily, acidic tendencies are minimized. At most any time, Drip has more than five offerings to choose from that vary in price, origin and tasting notes. There’s no better place in Columbia for exploring the diverse flavors of different beans.