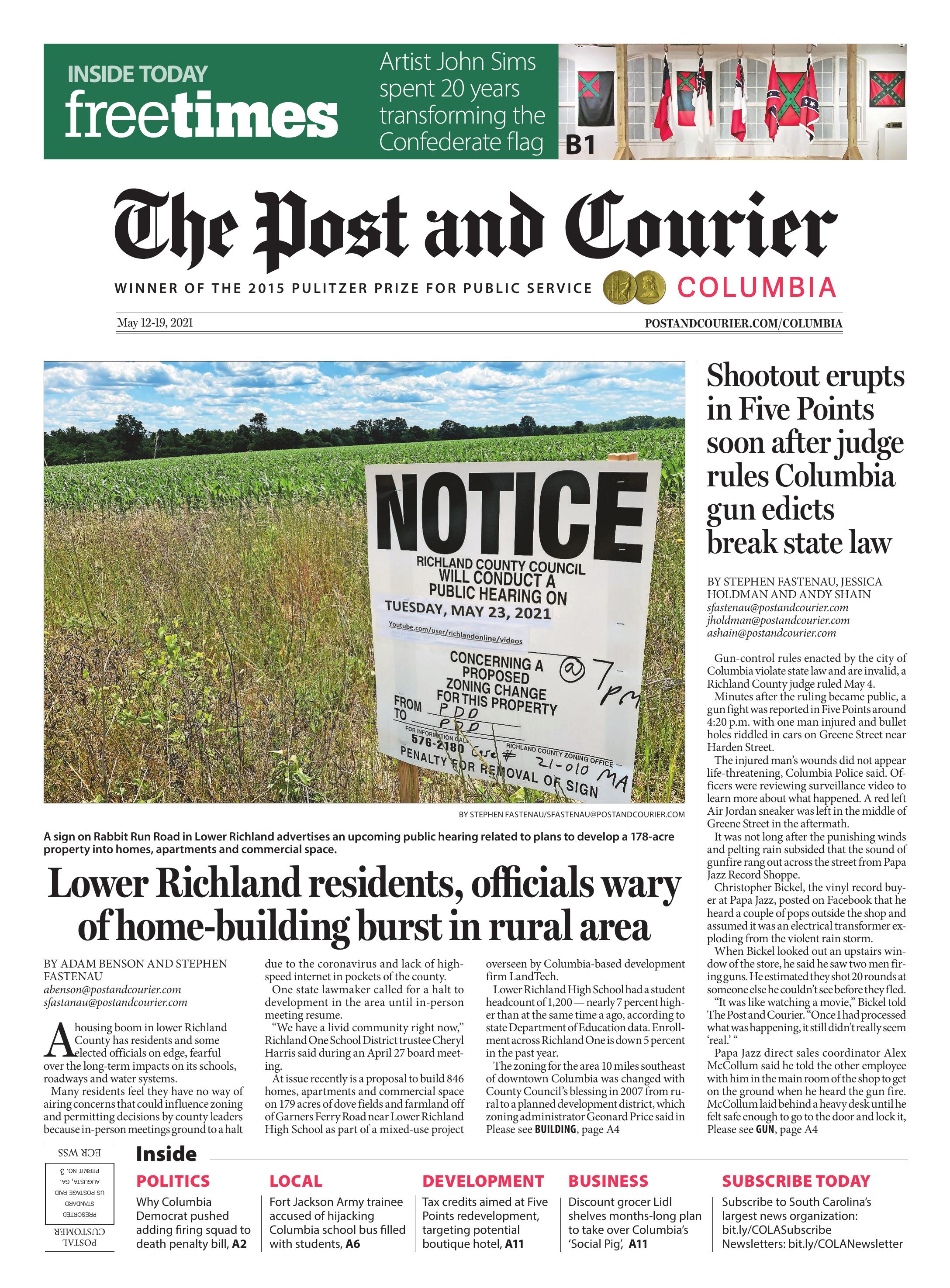 A sign on Rabbit Run Road in Lower Richland advertises an upcoming public hearing related to plans to develop a 178-acre property into homes, apartments and commercial space.

COLUMBIA — A housing boom in lower Richland County has residents and some elected officials on edge, fearful over the long-term impacts on its schools, roadways and water systems.

Many residents feel they have no way of airing concerns that could influence zoning and permitting decisions by county leaders because in-person meetings ground to a halt due to the coronavirus and lack of high-speed internet in pockets of the county.

One state lawmaker called for a halt to development in the area until in-person meeting resume.

“We have a livid community right now,” Richland One School District trustee Cheryl Harris said during an April 27 board meeting.

At issue recently is a proposal to build 846 homes, apartments and commercial space on 179 acres of dove fields and farmland off of Garners Ferry Road near Lower Richland High School as part of a mixed-use project overseen by Columbia-based development firm LandTech.

Lower Richland High School had a student headcount of 1,200 — nearly 7 percent higher than at the same time a ago, according to state Department of Education data. Enrollment across Richland One is down 5 percent in the past year.

'Malfunction Junction' interchange work to start next spring in Columbia

More than 134,000 vehicles travel through the area daily, and thanks to delays created by an outdated design, they spend nearly three work weeks — 112 hours — stuck in traffic.

The zoning for the area 10 miles southeast of downtown Columbia was changed with County Council’s blessing in 2007 from rural to a planned development district, which zoning administrator Geonard Price said in a recent public meeting essentially allows a developer to design its own zoning within the boundaries.

Developers are asking to change the approved district to allow more single-family homes and fewer apartments.

“I just felt there was a real need for people to have an opportunity to ask questions, with the county being for the most part closed,” Richland County Councilwoman Chakisse Newton said during a virtual town hall she held April 15.

LandTech President Kevin Steelman said his company was sensitive to the issues raised by critics, which is why planners cut back their proposed number of homes by 18 percent.

“I think clustering the homes on smaller lots will allow the project to be very harmonious with the surrounding development," he said during the town hall. "I think we've tried to come to the table with a plan that is mindful of the need to blend and reduce overall density." 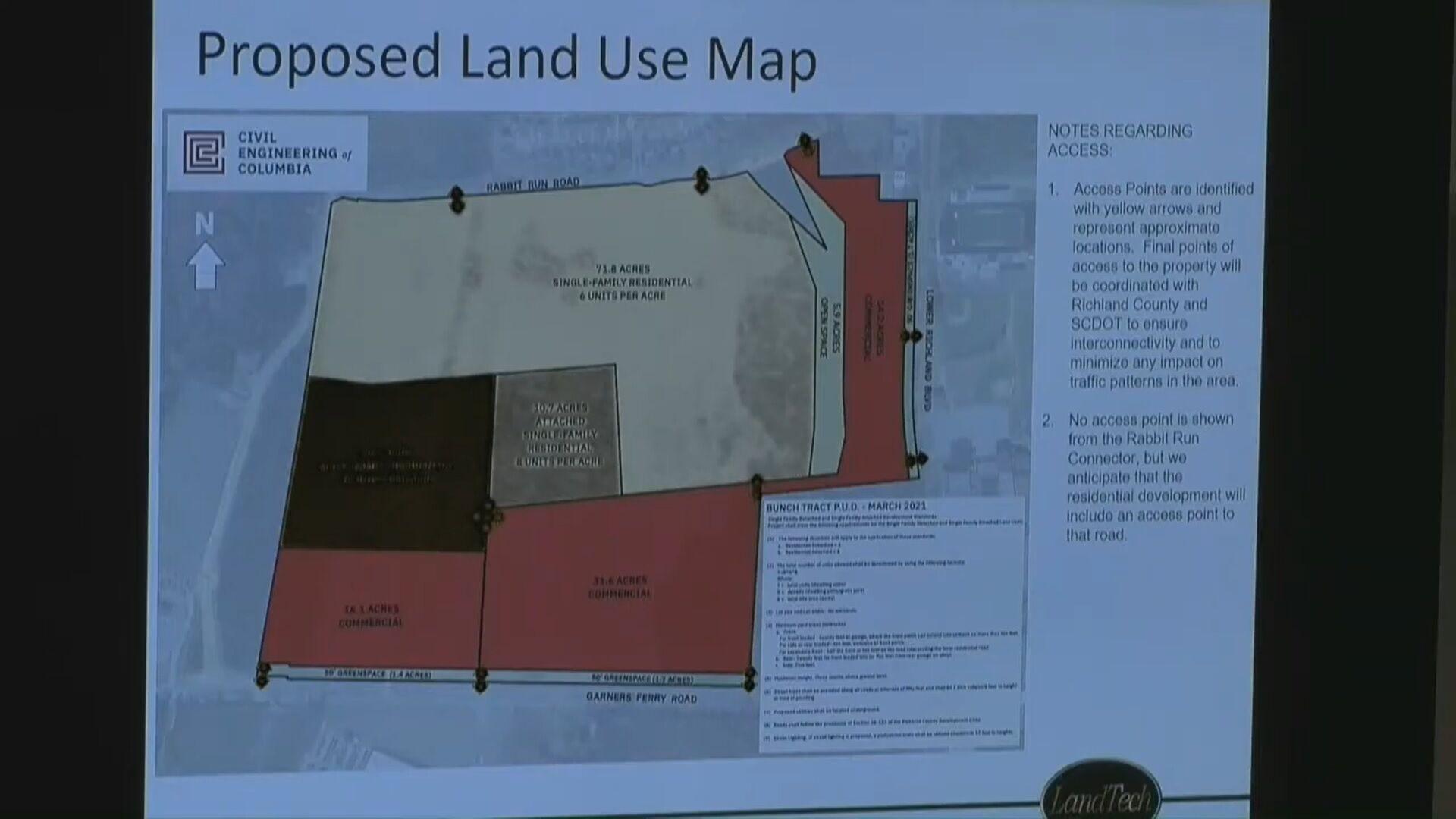 A proposed land use map for more than 179 acres under development in lower Richland County has drawn scrutiny from some residents and elected officials who fear what the added growth will mean for services in the area. Adam Benson/Staff

Newton noted the proposal would be subject to a zoning public hearing May 25 and that a separate, future town hall would address development in Richland County more broadly.

But state Rep. Jermaine Johnson, a Hopkins Democrat whose House District 80 is in the heart of the building burst, said any housing work should be put on hold until people can attend meetings in person again.

“There's a large percentage of our population, due to broadband, that didn't have a way to voice their opposition or approval or any of that for any of this development,” he told The Post and Courier. “Development is going up relatively easily with minimal pushback just due to that fact there.”

Where new homes are built in Lexington County has largely been driven by market demand to date — conveniently located subdivisions within the attendance areas of the most desirable schools in high-performing districts. But county officials are hoping to exercise more control over how and where future growth takes place as it launches into a new comprehensive plan.

Johnson is asking that county leaders suspend all new development and planned rezones until meetings reopen to the public face-to-face.

“I'm always for smart development, things that can grow with your community, not just throwing stuff up. It’s got to be done the right way,” he said.

When Robert Reese, who said his family has lived in lower Richland for seven generations, returned home from Minnesota a few years ago, he was surprised to hear residents opposing water and sewer expansion into the community.

He learned residents were wary of the new utilities paving the way for new development, instead preferring the rural feel of their communities.

“This area, if you're going to look at Columbia, is one of the last bastions of development they have,” said Reese, chairman of an advocacy group called the Lower Richland Community Action Committee. “We’re close to the city, (a) rural community, undeveloped community, and we know that this is ripe and ample space for developers — and developers know that.”

Harris said she was bothered because county officials didn’t inform Richland One School District leaders about the pending developments even though the addition of more housing would add students.

“It creates a financial hardship on this district, which is then handed over to the taxpayer, and it's not right and it's not fair,” she said. “Let me be clear: I have no problem and no issue with growth. It is necessary, and we have to adjust for it. But right now “it’s everywhere, and it’s all of the sudden.”

Add to that a lack of broadband in outlying areas of Richland County, and it can be hard for residents to feel like they're engaged with government.

Catherine Fleming Bruce, a Columbia activist, recently played host to a collection of community leaders for a news conference in Lower Richland opposing the county’s proposal to cut money for the county conservation commission from its general fund budget.

She noted the lack of widespread broadband access for the community’s residents as an impediment to participating in public meetings during the pandemic, and that many residents who relied on the library for the technology to stay informed on local issues didn’t have that option for almost a year before libraries recently reopened to the public.

“So there’s a bigger gap than a lot of us imagine in terms of people being able to know what’s going on and to adequately comment,” Bruce said. “I think putting the brakes on until we figure out how to do that better is a good idea.”

New Lake Murray neighborhood sold out in a year. Now the developer is building another. 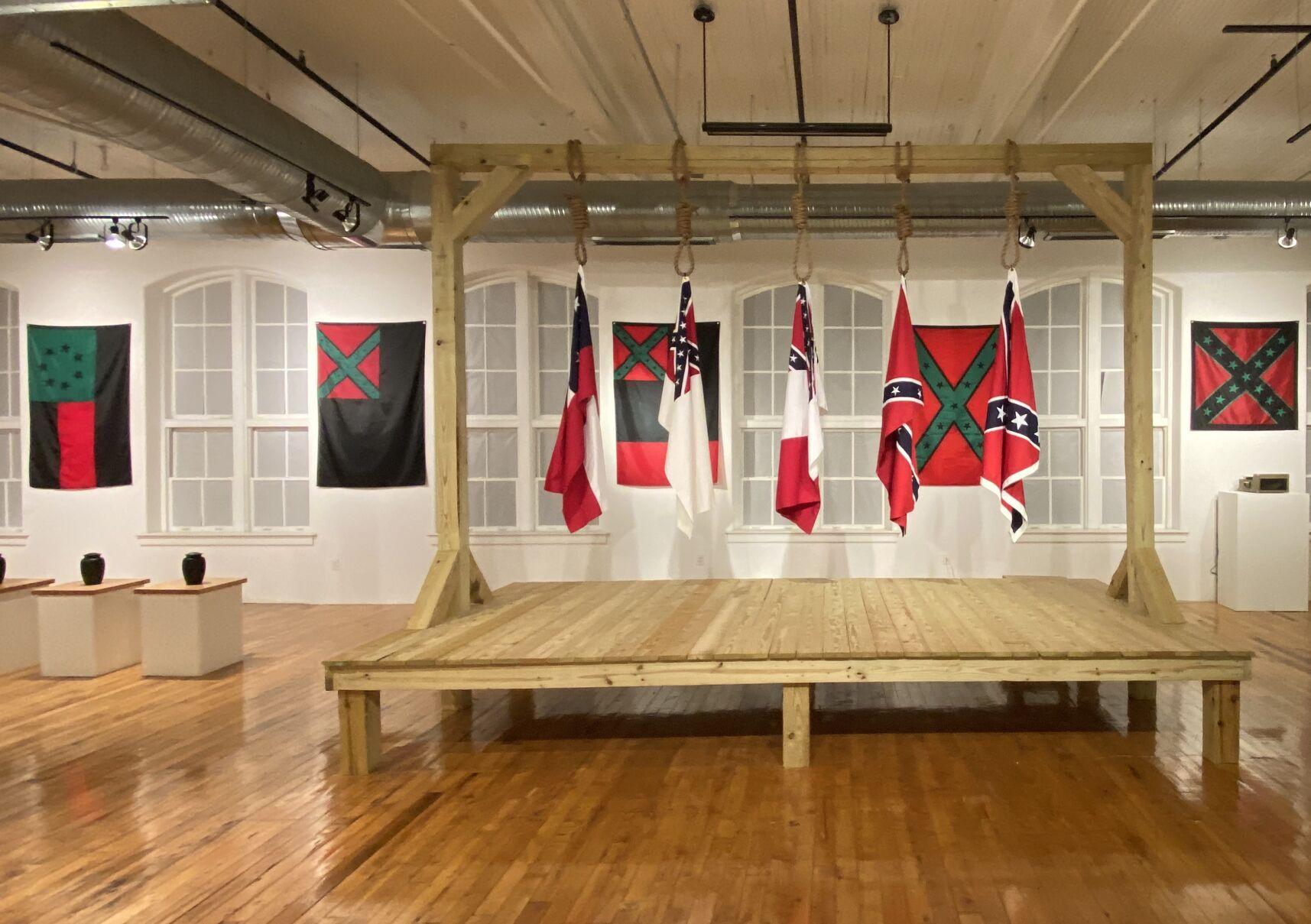 John Sims' "AfroDixia: A Righteous Confiscation" will remain on view at the 701 Center for Contemporary Art through June 25. Provided