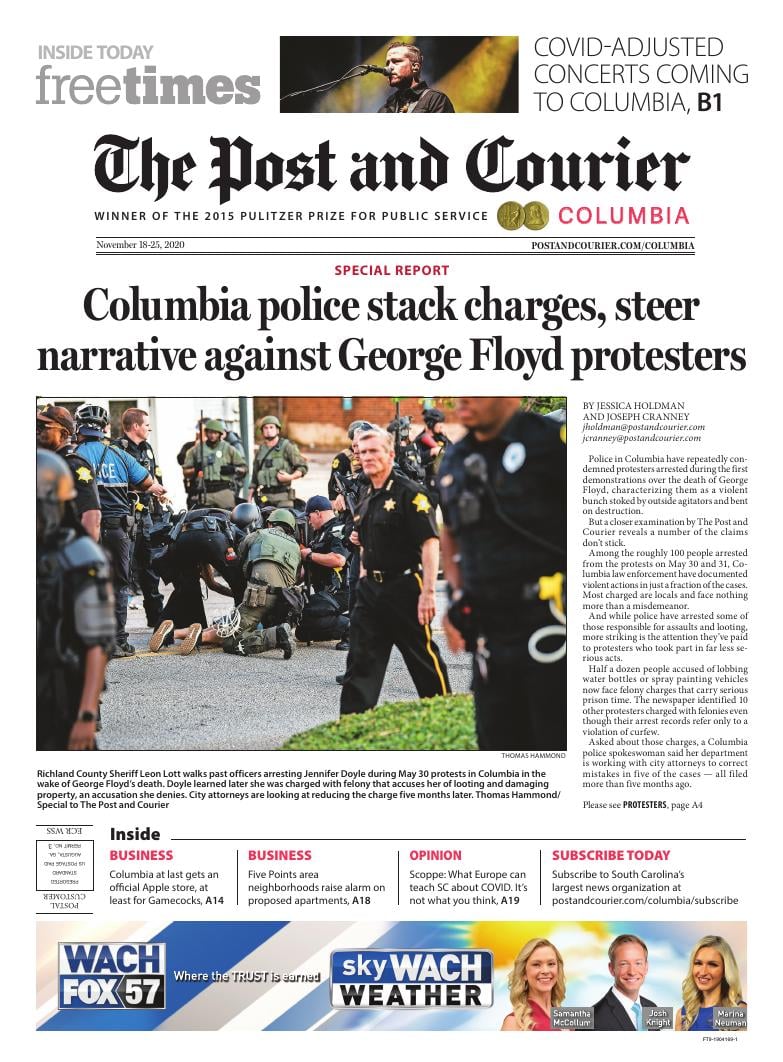 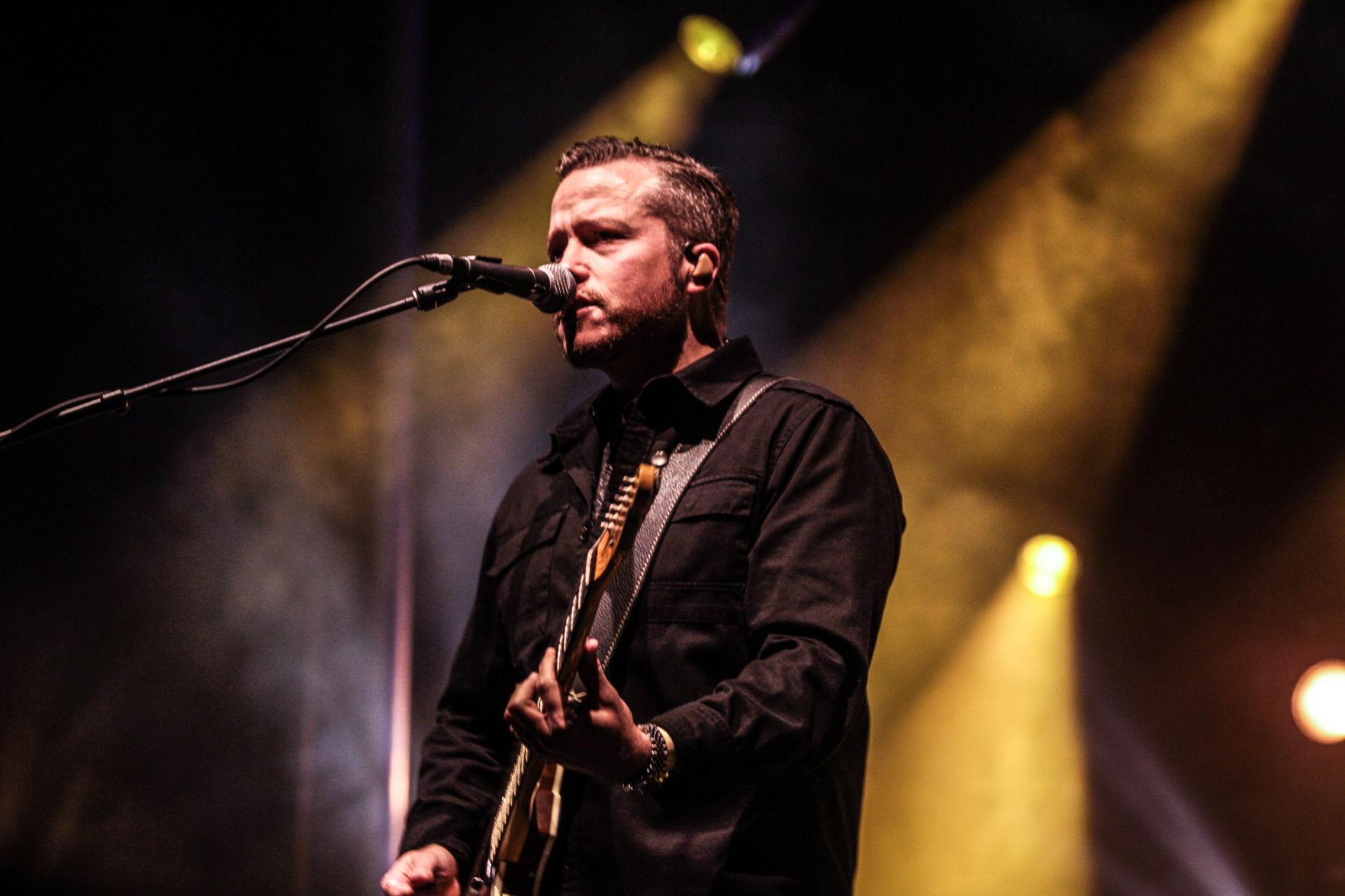 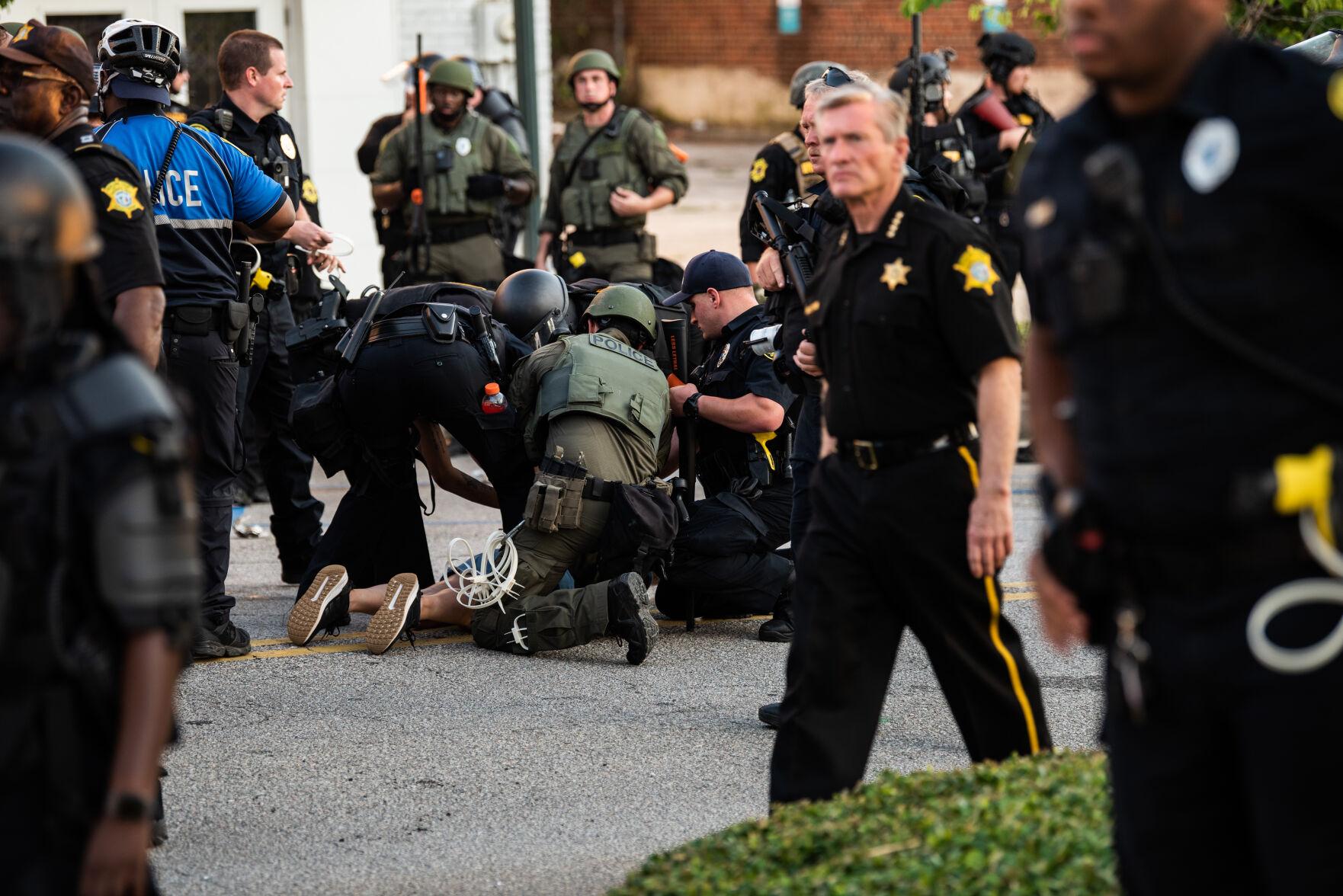 Richland County Sheriff Leon Lott walks past officers arresting Jennifer Doyle during May 30 protests in Columbia in the wake of George Floyd's death. Doyle learned later she was charged with felony that accuses her of looting and damaging property, an accusation she denies. City attorneys are looking at reducing the charge five months later. Thomas Hammond/Special to The Post and Courier 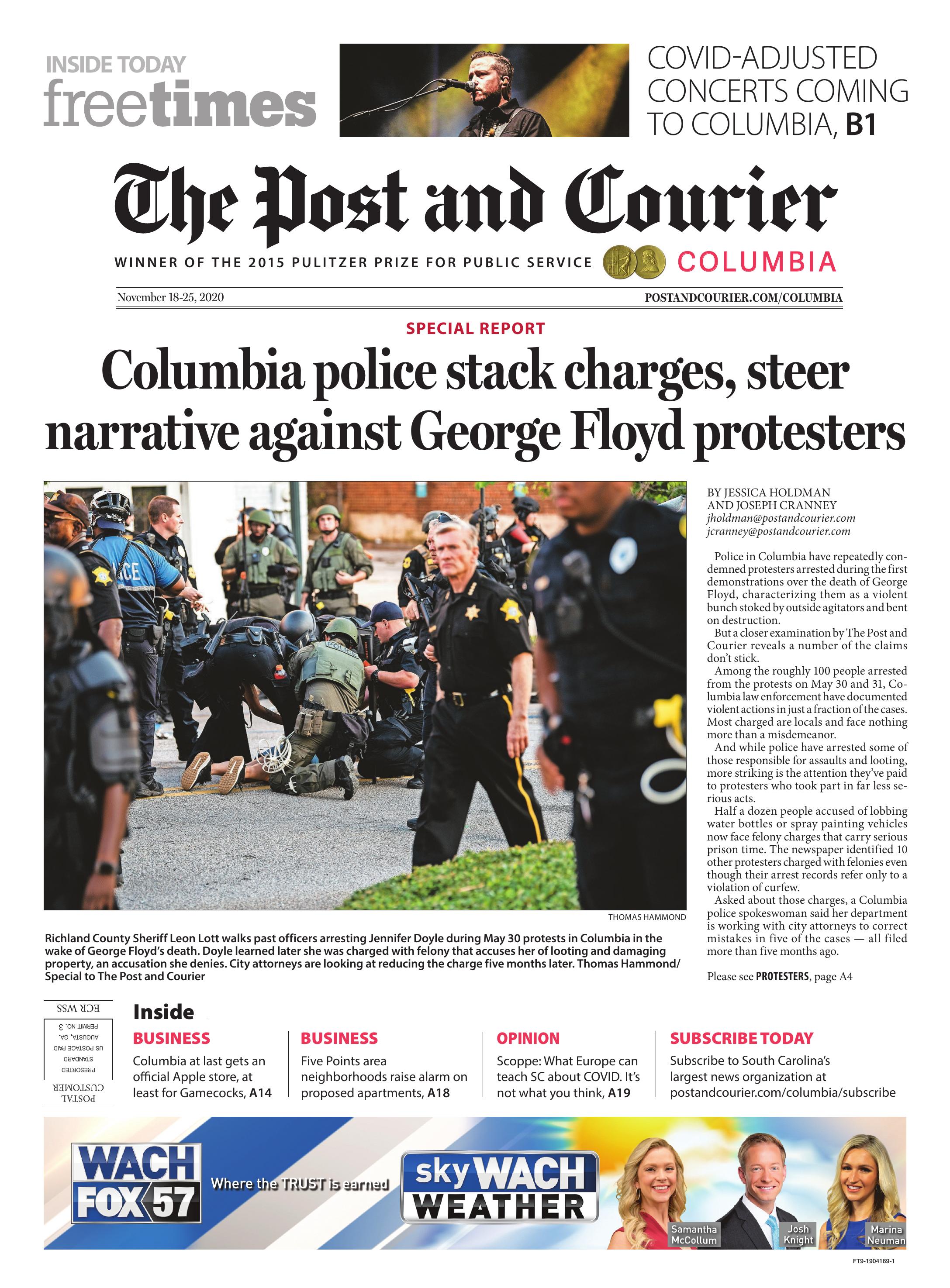