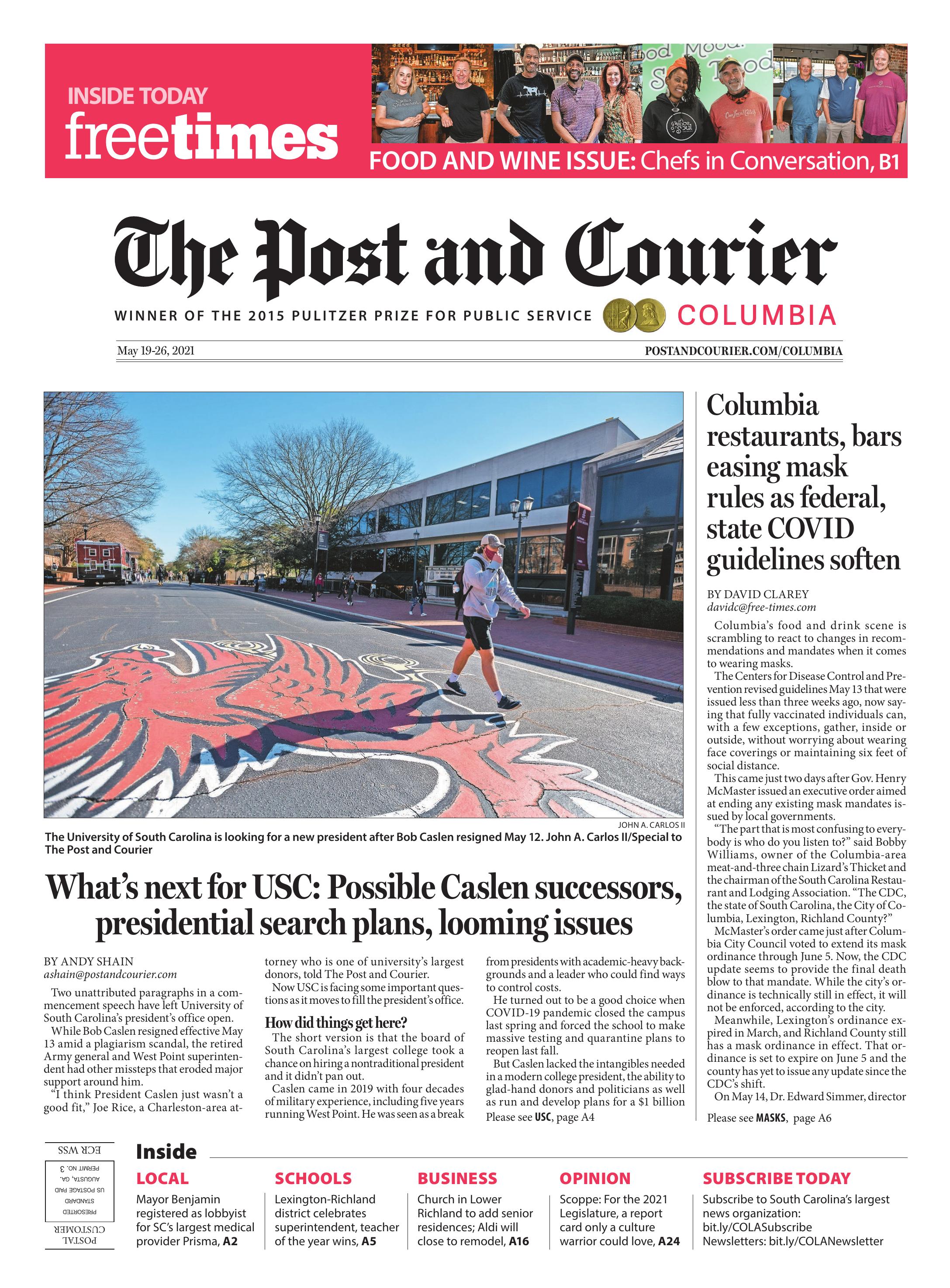 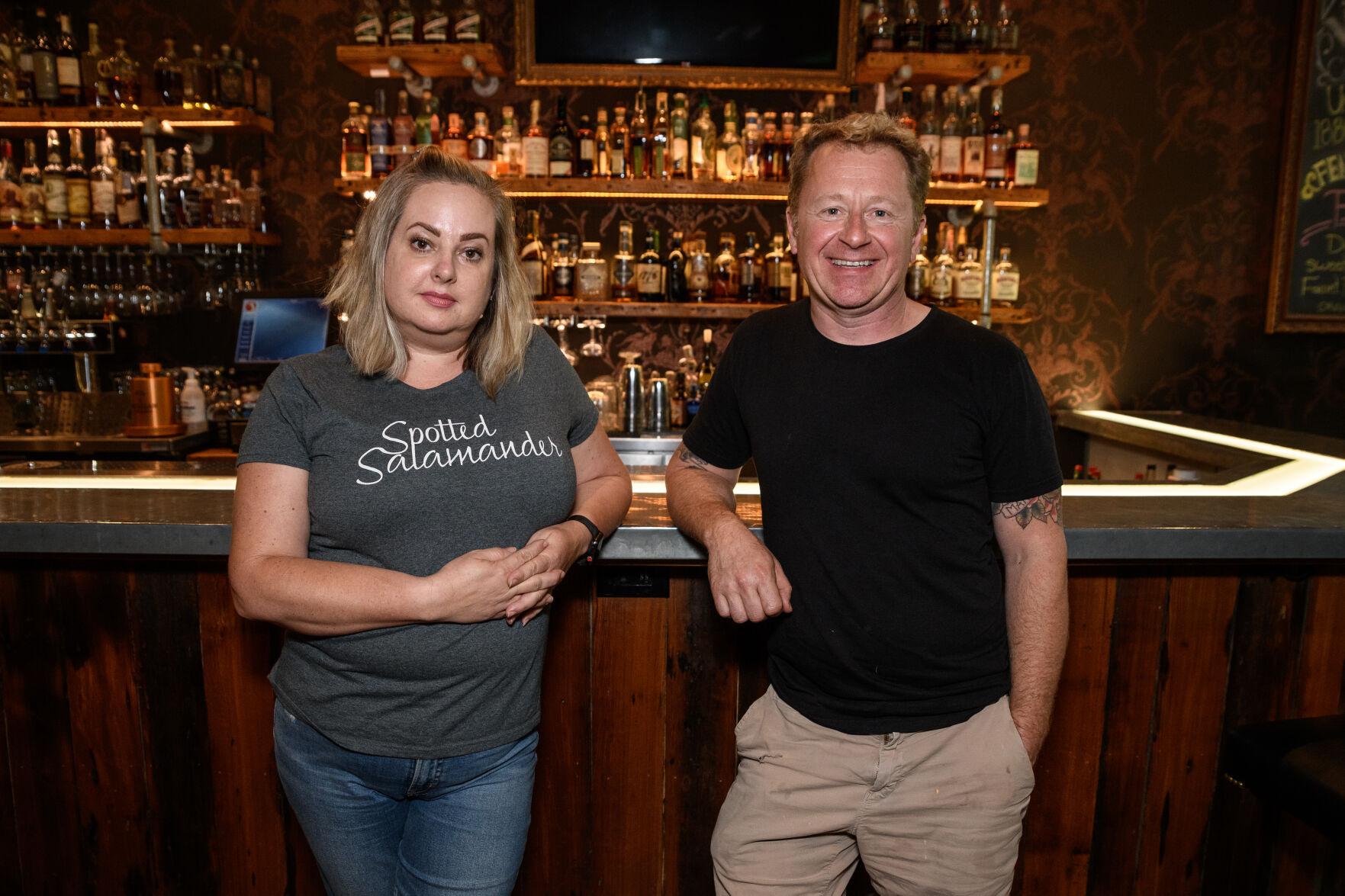 The University of South Carolina is looking for a new president after Bob Caslen resigned May 12. John A. Carlos II/Special to The Post and Courier

While Bob Caslen resigned effective May 13 amid a plagiarism scandal, the retired Army general and West Point superintendent had other missteps that eroded major support around him.

"I think President Caslen just wasn't a good fit," Joe Rice, a Charleston-area attorney who is one of university's largest donors, told The Post and Courier.

Now USC is facing some important questions as it moves to fill the president's office.

Former USC President Harris Pastides has been named the interim president and will take over May 14. Caslen, a retired three-star general and West Point superintendent, admitted to plagiarizing lines from a Navy SEAL.

How did things get here?

The short version is that the board of South Carolina's largest college took a chance on hiring a nontraditional president and it didn't pan out.

Caslen came in 2019 with four decades of military experience, including five years running West Point. He was seen as a break from presidents with academic-heavy backgrounds and a leader who could find ways to control costs.

He turned out to be a good choice when COVID-19 pandemic closed the campus last spring and forced the school to make massive testing and quarantine plans to reopen last fall.

But Caslen lacked the intangibles needed in a modern college president, the ability to glad-hand donors and politicians as well as run and develop plans for a $1 billion enterprise with more than 50,000 students.

McMaster lauds USC President Caslen after his resignation: 'I think he did a splendid job'

"I think he did a splendid job," S.C. Gov. Henry McMaster told reporters May 13, a day after Caslen resigned amid a plagiarism scandal. "I'm sorry to see him go."

His stumbles, such as his spats with mega-donor Darla Moore and football coach Will Muschamp, were magnified by the criticism of how he was hired. He was essentially pushed as the favorite in the search and got a special vote after the governor lobbied trustees.

The plagiarism scandal after he failed to cite the source in passages of his commencement speech over the weekend made his stay untenable. Support eroded as critics grew more vocal in calling for Caslen to leave.

He called board Chairman Dorn Smith on the evening of May 12 to resign.

Rice, a generous donor to Gamecock athletics, said Caslen had his chances.

"We gave it a couple of years for him to get comfortable, but the past three or four months, his academic inexperience showed," Rice said.

In addition to the plagiarism, a violation that could lead to expulsion of a student, Rice noted how Caslen missed acknowledging the passing of Moore's mother this year.

What is happening with the USC board?

The USC board leadership has struggled to handle the fallout.

First, it was learned Smith rejected Caslen's offered to resign over the weekend. Several trustees were upset they were not consulted, raising fears that accreditors might scrutinize the board soon after it was cleared in a probe over the governor's involvement in the search.

Caslen admitted to lifting two paragraphs from a speech by a former Navy SEAL during his commencement addresses and referred to the school as the "University of California." Both missteps drew rebukes on social media and from some politicians and trustees.

USC issued a statement that no board vote was necessary for Smith to accept Caslen's second resignation offer May 12.

Despite an earlier statement announcing former USC President Harris Pastides' will become interim president May 14, the school clarified that the board will vote to formalize Pastides' return at a special meeting May 21.

Still, the way Caslen's departure was handled renewed anger among some lawmakers over how USC is run.

State Sen. Dick Harpootlian, a Democrat whose district includes USC, introduced a bill May 12 to remove all the current trustees and reduce the size of the board from 20 trustees to 11, which would give the state’s largest college the state’s smallest college board.

Lou Kennedy, a Columbia-area pharmaceutical manufacturer who is one of USC's largest donors, said USC's board needs more competence and diversity.

USC's 20-member board has four women and two African Americans. Five of the 16 board members elected by the Legislature have served 24 years or more.

"We have made many decisions over the years ... that I would never make for my company," Kennedy said. "I don't know what would give us any hope that the handling of this (presidential) search will be any different. I mean, if it's the same people with the same opinions, with the same training in the same way, how can we possibly expect something different?"

USC President Caslen's offer to resign should have been brought to the board, trustees say

USC President Bob Caslen's resignation offer should have been discussed among the school's entire board instead of being rejected solely by the board chairman, two trustees told The Post and Courier.

What is USC looking for in a new president?

It appears that the board will lean toward a more traditional president, unlike Caslen whose main experience was with the military.

Smith said USC’s next leader will be more like Pastides, a former public health school dean and research vice president who was known for connecting well with the campus community and politicians.

“I want an academician that is charismatic, that will lead a capital campaign and that also has a business sense,” Smith told The Post and Courier.

Rice said he would clone Pastides if he could.

Diversity, both gender and racial, will become an issue.

USC did not have a woman among the finalists when the president’s job was last open and the only Black finalist, Bill Tate, will become the first Black president at Louisiana State University in July. Tate spent the past year as USC's provost, a post often seen as an heir apparent to the president's office.

Kennedy said she hopes the school will look hard for a diverse president.

"We need to find the best candidate for the job, but we need to make sure that we're open to looking at all race, color, creed," she said.

Bill Tate, the University of South Carolina’s No. 2 administrator, will become the president at Louisiana State University after less than a year in Columbia.

Who will be mentioned as possible successors?

Some familiar names from the last search will crop up.

The one topping many lists is former USC Provost Michael Amiridis, now chancellor of the University of Illinois-Chicago.

USC business school dean Peter Brews, one of the few leaders on campus still on speaking terms with Moore, was a semifinalist in the 2019 search.

University of South Carolina's biggest benefactor, Darla Moore, says she regrets all her efforts for her alma mater after the school failed to acknowledge her mother's death last week.

Former state Sen. Vincent Sheheen, a Camden Democrat, also was a semifinalist and would likely again draw solid support in the Statehouse.

But another former lawmaker just got a big job at USC. Former state Rep. Derham Cole, a Spartanburg Republican, was named USC's first vice president for system affairs after spending the past year running USC Upstate.

Another name likely to come up is Brendan Kelly, Cole's predecessor at USC Upstate who was slated to become interim president in 2019 before Caslen's hiring. Kelly is now president at the University of West Georgia.

And do not count out efforts to have Pastides, 67, stick around longer than as a short-term interim president to help build a buffer from Caslen's tenure for the next leader.

How will the search be different in 2019?

The board changed the makeup of the search committee as part of an overhaul of its bylaws suggested by accreditors in the wake of the last presidential search.

The group is bigger (14 members, up from 11) and includes more trustees and more faculty leaders with additional representation from the satellite campuses. The trustees-heavy search panel no longer includes representatives from the alumni association or foundation.

The new search committee will include:

• Eight trustees who were elected by the General Assembly. They will be recommended by the board's Governance Committee and the full board will pick a search committee leader from among the trustees. Expect Thad Westbrook, who is the board vice chair, to head the search. He is a business attorney from Lexington who works at the influential Nelson Mullins law firm.

The new rules also require that search committee members  tell the panel chair if they have been lobbied by someone outside the committee on choosing the next president.

What issues will the new president face?

Pastides will arrive just in time for the USC to complete its annual budget that starts July 1.

The budget takes into account revenue shortfalls from COVID-19, including lending money to the athletics department, which was hit hard. Caslen had announced plans to freeze tuition for a second straight year.

Pastides also will likely have to deal with the thorny issue of calls to rename the university's fitness center named after U.S. Sen. Strom Thurmond, whose political career was marked by his years as an ardent segregationist.

Longer term, the next USC president will need to prepare for a shrinking pool of high school seniors, find ways to fund a proposed new medical school complex and manage construction on the south campus dorms makeover.

The president will inherit a football team with a first-time college head coach and a men's basketball program with a coach whose job security was in question at the end of last season.

University of South Carolina leaders accepted the blame for not quickly acknowledging the passing of the mother of the school's biggest donor, Darla Moore, who angrily wrote off her alma mater after the incident.

USC also needs to start a fundraising campaign after finishing a $1 billion campaign in 2015.

The new president will have to try to repair the relationship with Moore, USC's top donor who has not spoken to school leadership since Caslen's hiring two years ago. She said she was cutting ties to her alma mater after the school failed to acknowledge the death of her mother earlier this year.

Moore has not responded to calls seeking comment about Caslen's resignation.

University of South Carolina President Bob Caslen admitted in a statement to plagiarizing a portion of a speech he delivered during a graduation ceremony May 7. 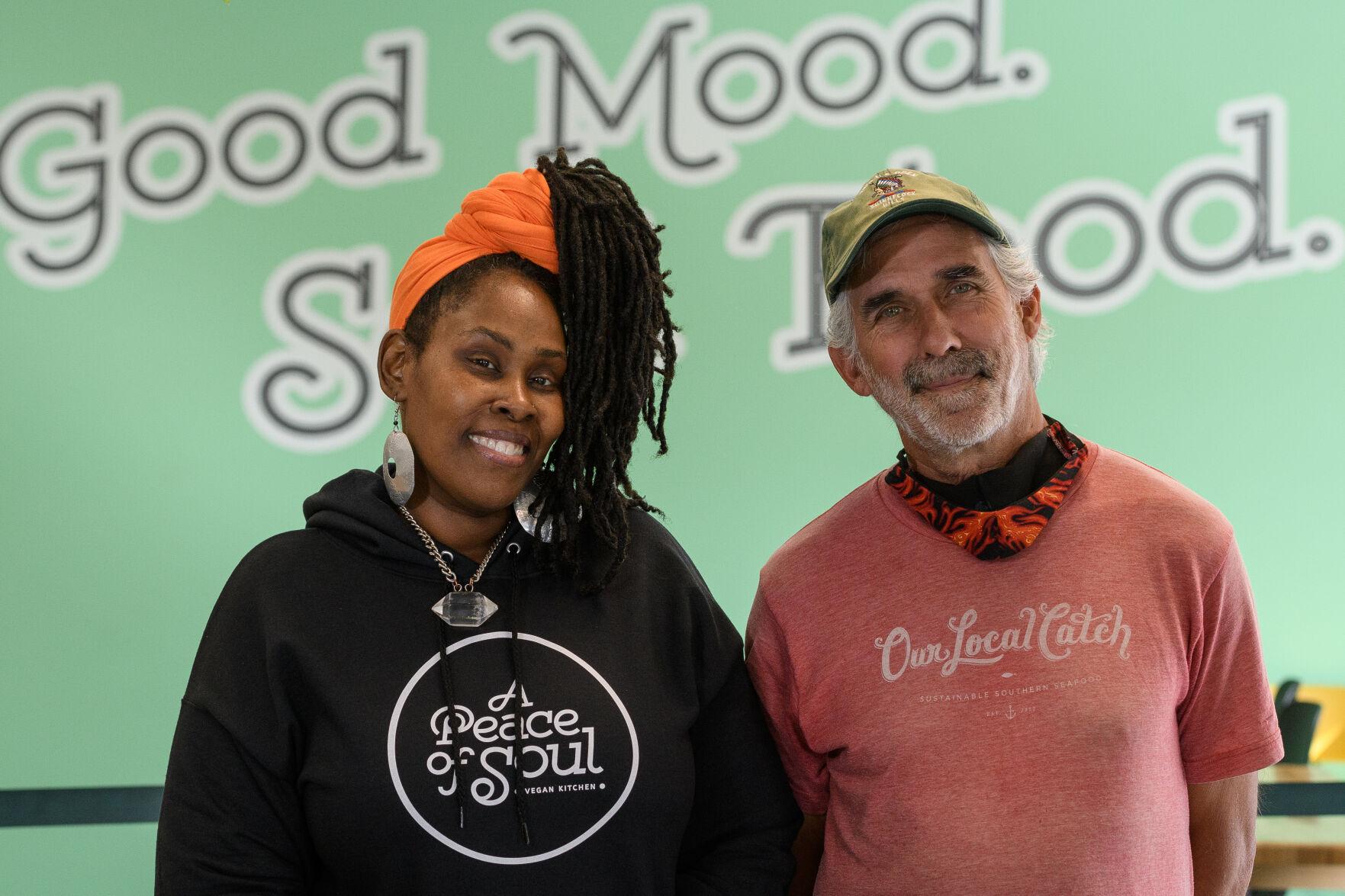 Folami Geter and Benoit St. Jacques talked about how much plant-based food has grown in Columbia. 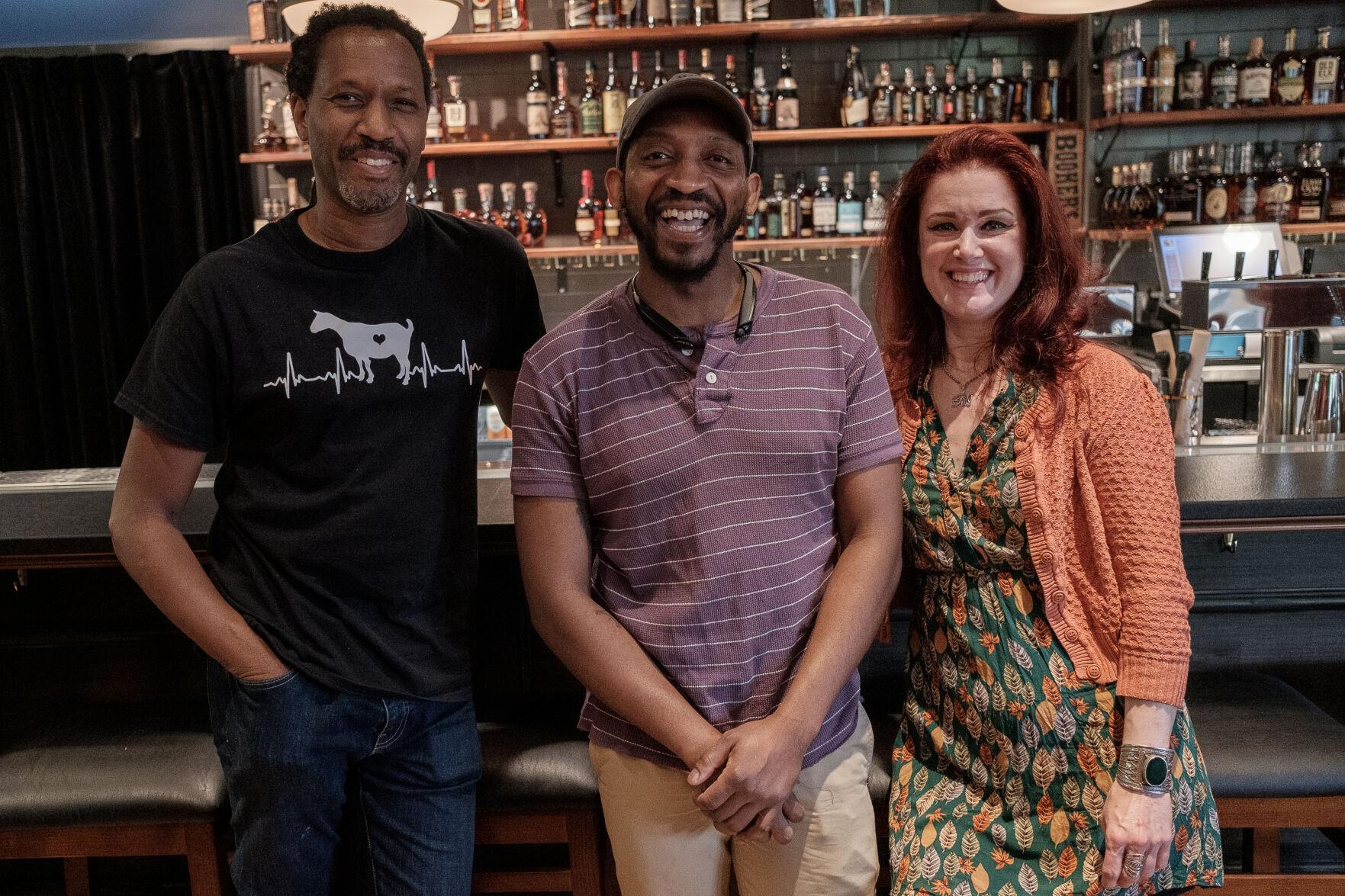 Olando Patterson, David Adedokun and Kat Hunter talked about how the cocktail scene has changed in their time serving drinks in Columbia. 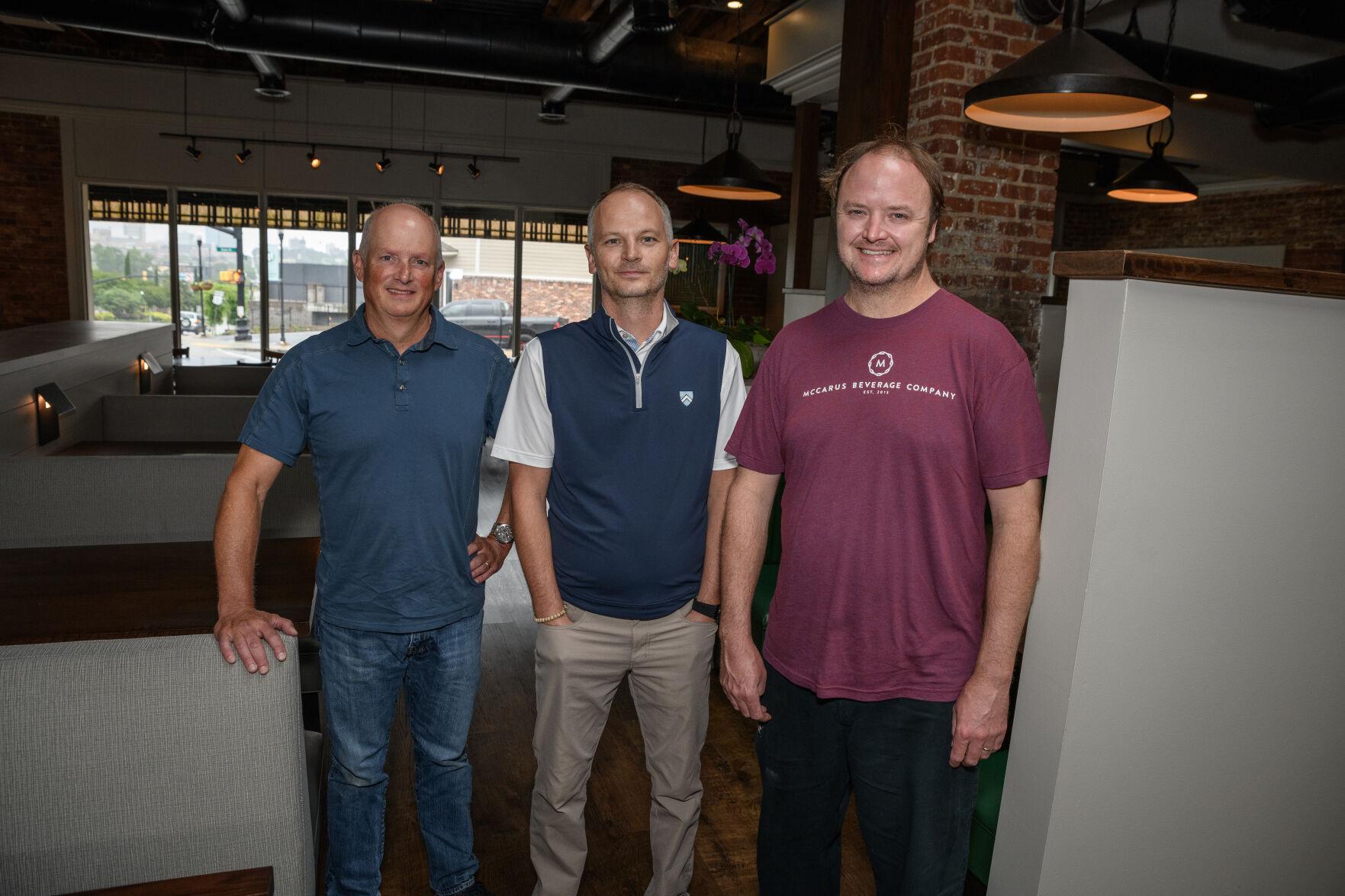