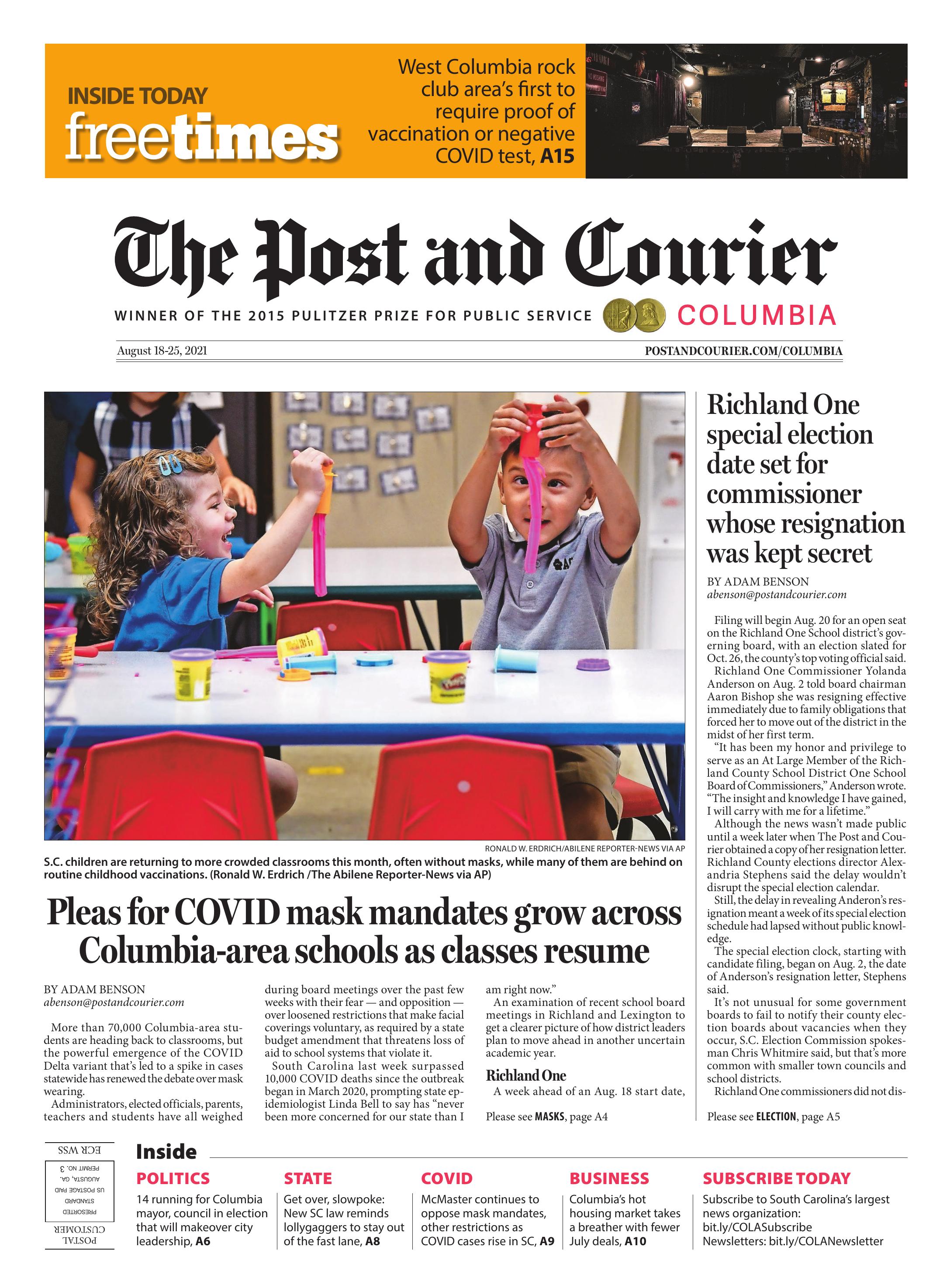 S.C. children are returning to more crowded classrooms this month, often without masks, while many of them are behind on routine childhood vaccinations.

COLUMBIA — More than 70,000 Columbia-area students are heading back to classrooms, but the powerful emergence of the COVID Delta variant that’s led to a spike in cases statewide has renewed the debate over mask wearing.

Administrators, elected officials, parents, teachers and students have all weighed during board meetings over the past few weeks with their fear — and opposition — over loosened restrictions that make facial coverings voluntary, as required by a state budget amendment that threatens loss of aid to school systems that violate it.

South Carolina last week surpassed 10,000 COVID deaths since the outbreak began in March 2020, prompting state epidemiologist Linda Bell to say has “never been more concerned for our state than I am right now.”

DHEC's top epidemiologist said, "I have never been more concerned for our state than I am right now.”

An examination of recent school board meetings in Richland and Lexington to get a clearer picture of how district leaders plan to move ahead in another uncertain academic year.

A week ahead of an Aug. 18 start date, commissioners in the Columbia district that covers 22,000 students in 52 schools criticized state lawmakers for including the mask opt-out provision.

They have the backing of Columbia city leaders, who have challenged it with an emergency order requiring face coverings at elementary and middle schools within municipal limits. State Attorney General Alan Wilson and Gov. Henry McMaster disagree and the issue could head to court, which does not deter Richland One commissioners.

“We all took an oath. And the oath is to serve and protect children, and it’s hard to do my job when I’m being blocked from doing what’s right for children,” commissioner Cheryl Harris said Aug. 10.

As of Aug. 12, the district had 110 staff and students in quarantine, with 14 active cases.

“There is no issue, no question of discussion that is off the table at this time,” Harris said.

Harris said enough local businesses, churches and nonprofits have come forward to provide masks for schools in the rural reaches of the district, and enough resources exist for them to be handed out elsewhere.

Avoiding the use of public dollars to obtain facial coverings, Harris said, could be a loophole in the Legislature's amendment.

Officials announced a special meeting on Aug. 16 to discuss the district’s masking policy.

“I really have a problem with us not protecting our kids from a pandemic," Richland One commissioner Angela Clyburn said. "Our kids know, they see what’s going on in our communities. They’re losing parents and grandmas and granddads and uncles and aunts and sisters and brothers, and they’re friends’ parents,” she said. “And they know what protects them.”

Language in the state’s budget amendment barring masks mandates inside schools does not pertain to buses, health care areas and visitors.

So administrators in South Carolina’s fifth-largest district are recommending those guidelines be enacted as classes get ready to start on Aug. 18.

Trustees agreed, but said they wished they could go even further. Chairwoman Teresa Holmes urged constituents to contact the Richland County Council and local government bodies to follow Columbia’s lead in issuing a mask decree for elementary and middle schools, though none of Richland Two’s schools fall within Columbia city limits.

Between Aug 7 and Aug. 9, the latest data available, the district reported 13 positive cases among staff and students.

But parent Larry Smalls warned during recent board meeting of the political consequences that would follow what he viewed as overreach.

Schools in this 17,500-student district that includes the towns of Chapin and Irmo will open at an elevated level of caution: Visitors won’t be allowed on campuses, some sports and extracurricular activities could be suspended, and shortened school days may be considered to allow for deep cleaning.

But Interim Superintendent Akil Ross made it clear that the state’s law, banning mask mandates in schools, will be honored.

As of Aug. 13, the district has no positive COVID cases, but 26 teachers, staff and students  are in quarantine.

“We're excited about accepting students however they come," Ross said Aug. 9. "Whether you have a mask or no mask, whether you're vaccinated or unvaccinated, we're ready for your children to return to school."

Over the past year, several protests have broken out ahead of school board meetings, mostly in favor of requiring masks or staying virtual for as long as possible.

Malloy Green, an incoming seventh grader at Chapin Middle School, pleaded with trustees to follow medical advice and do all they can to promote public safety. She said her father died of heart failure last December after being stricken during a run and not being able to have ventilator access because of hospitals crowded with COVID patients.

“Most of the children are living in ignorance of the full scope of the situation that we have been in since March of last year,” she told the board. “We can't have normal unless we go without it for a bit.”

Lexington One and Lexington Two

Lexington One Superintendent Greg Little has said educators want to avoid large scale shifts in instruction, and will only do so based on disease spread as monitored over a three-week period.

The district, which educates 27,300 students across 31 schools, is recommending masks on buses and inside health rooms and hiring additional nurses who can be deployed to any school.

The Lexington One school board holds its next meeting Aug. 17, the same day school starts.

At Lexington Two, misting machines, videoconferencing, virtual events and new signage promoting social distancing will all be part of the new school year at the 8,500-student district.

Face coverings are optional but recommended, and each school will have a supply for faculty, students and visitors.

Q&A: Get the details on Columbia's new mask rules at schools, day cares

From legal challenges to potential political action next month, a Columbia City Council vote to require masks in 43 elementary and middle schools brings with it lots of questions. 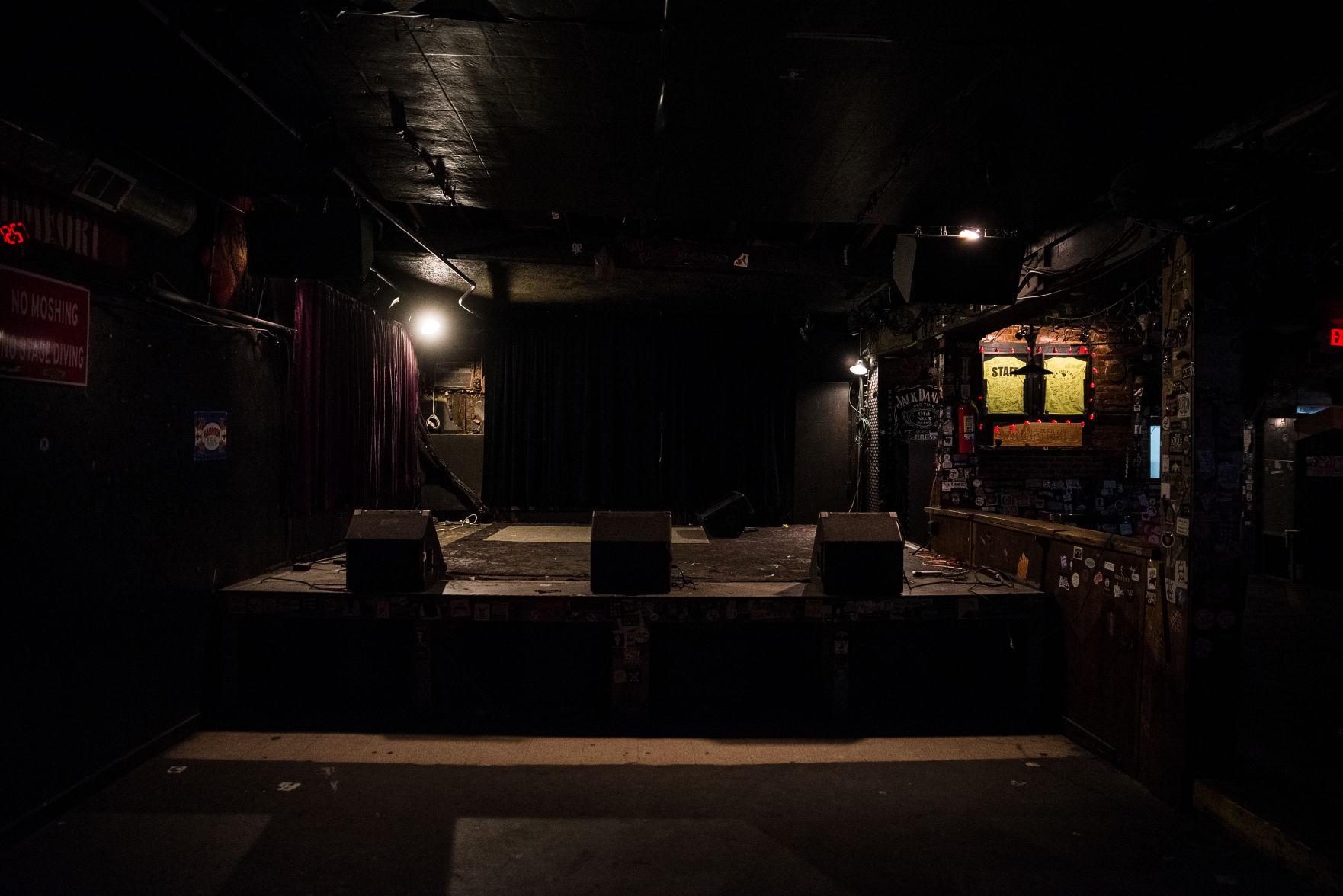 The stage at New Brookland Tavern