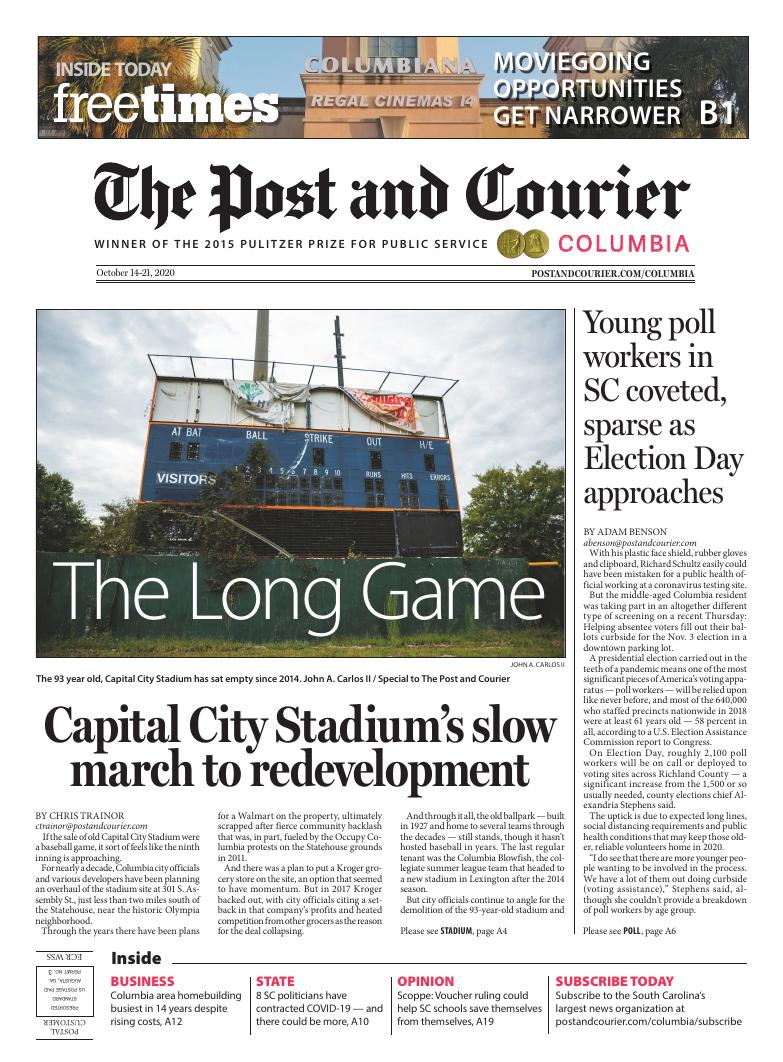 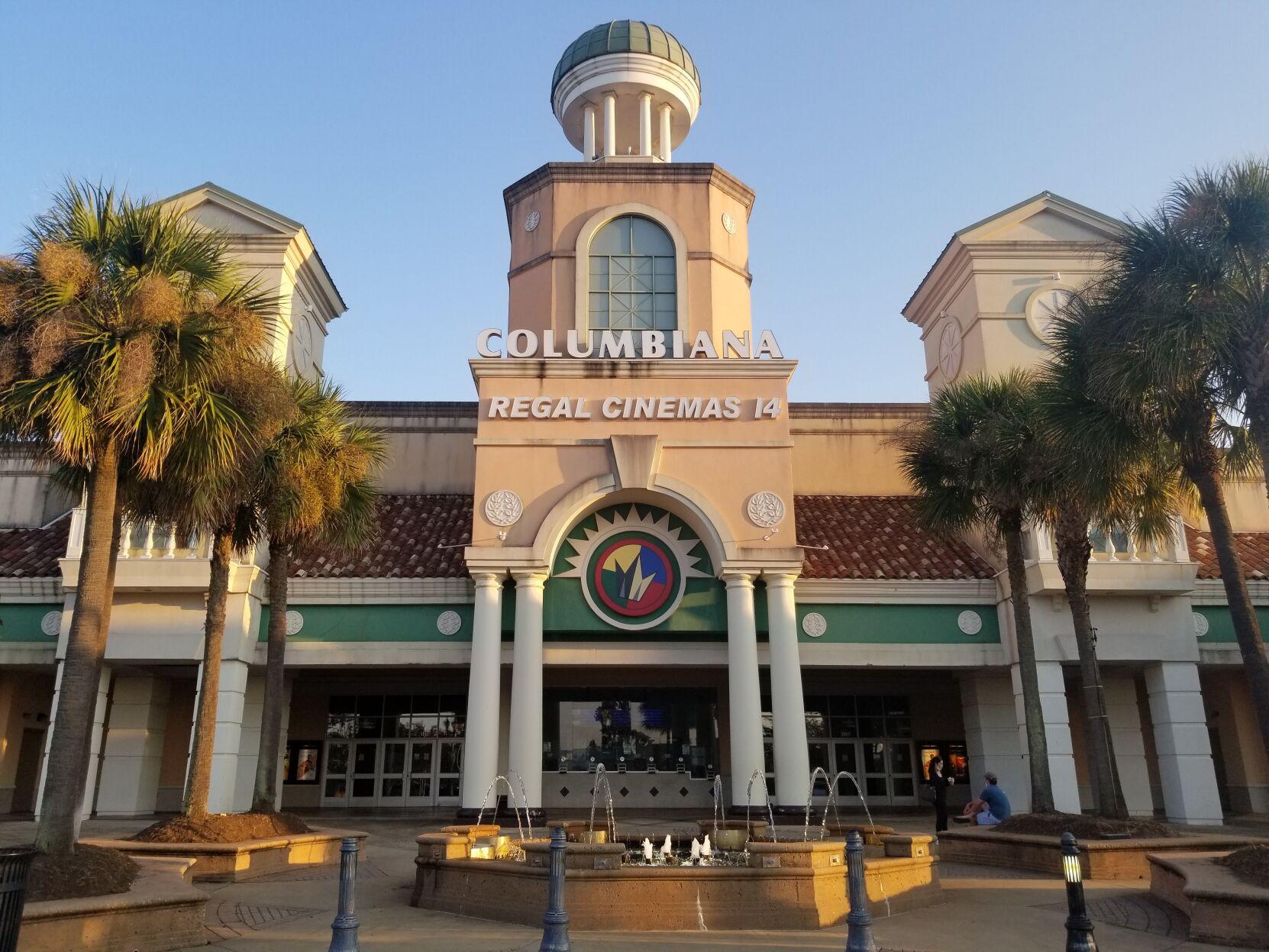 COLUMBIA — If the sale of old Capital City Stadium were a baseball game, it sort of feels like the ninth inning is approaching.

For nearly a decade, Columbia city officials and various developers have been planning an overhaul of the stadium site at 301 S. Assembly St., just less than two miles south of the Statehouse, near the historic Olympia neighborhood.

Through the years there have been plans for a Walmart on the property, ultimately scrapped after fierce community backlash that was, in part, fueled by the Occupy Columbia protests on the Statehouse grounds in 2011.

And there was a plan to put a Kroger grocery store on the site, an option that seemed to have momentum. But in 2017 Kroger backed out, with city officials citing a setback in that company’s profits and heated competition from other grocers as the reason for the deal collapsing. 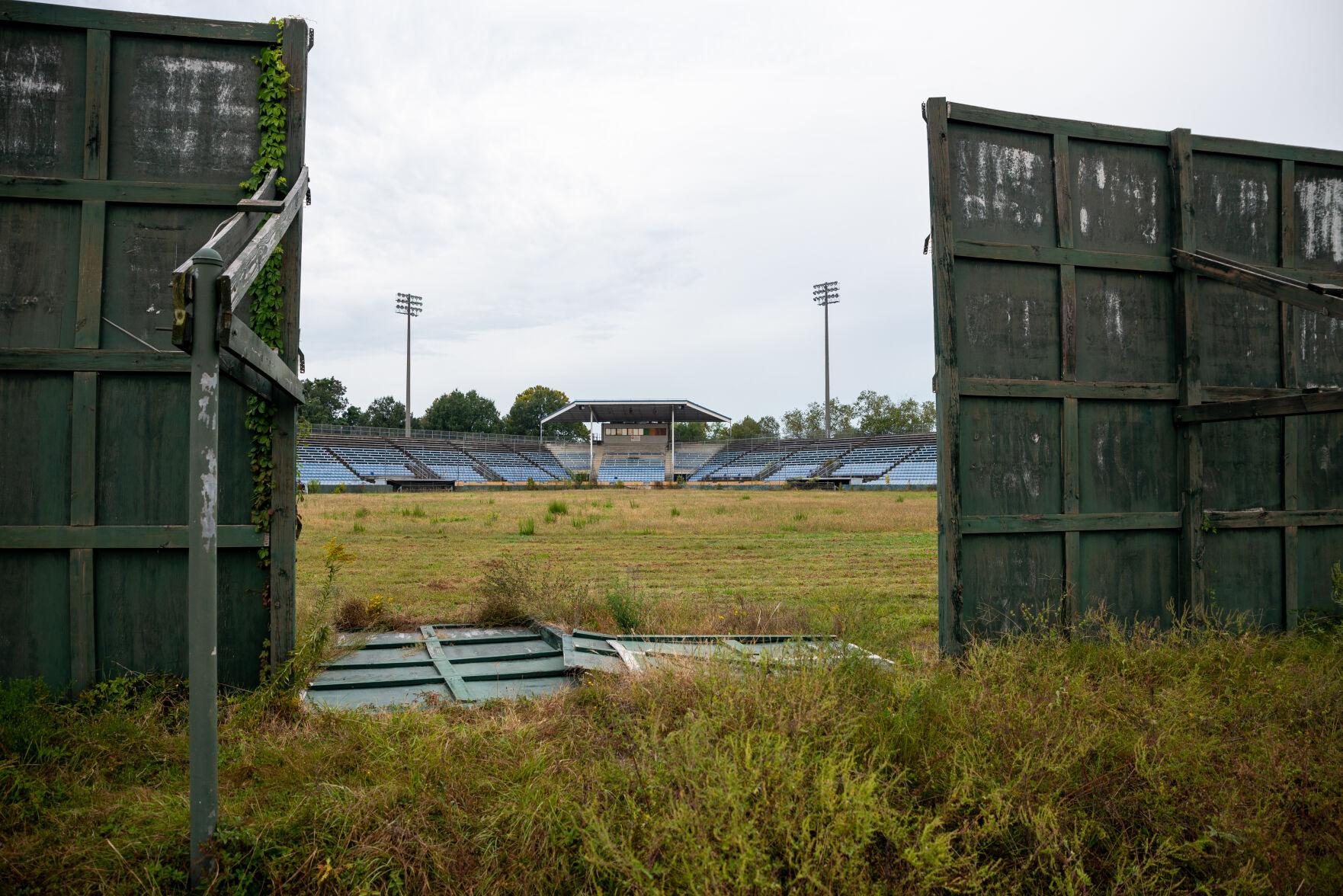 And through it all, the old ballpark — built in 1927 and home to several teams through the decades — still stands, though it hasn't hosted baseball in years. The last regular tenant was the Columbia Blowfish, the collegiate summer league team that headed to a new stadium in Lexington after the 2014 season.

But city officials continue to angle for the demolition of the 93-year-old stadium and a redevelopment of the property.

On Oct. 6, city council approved — for the 14th time — an extension for the sale of the property for developers.

At least one longtime city councilman has said he's hopeful this will be the last such extension for this iteration of the potential redevelopment, and would be willing to move on to another plan if the sale of the property doesn't close in the spring.

But a new developer who came on to the project last year seems determined to get the deal done.

For most of the last decade, Georgia company Bright Myers had a contract to purchase the property from the city. But in 2019, Bright Myers conveyed that contract to Andy Weddle of Connecticut-based Weddle Real Estate Investments. 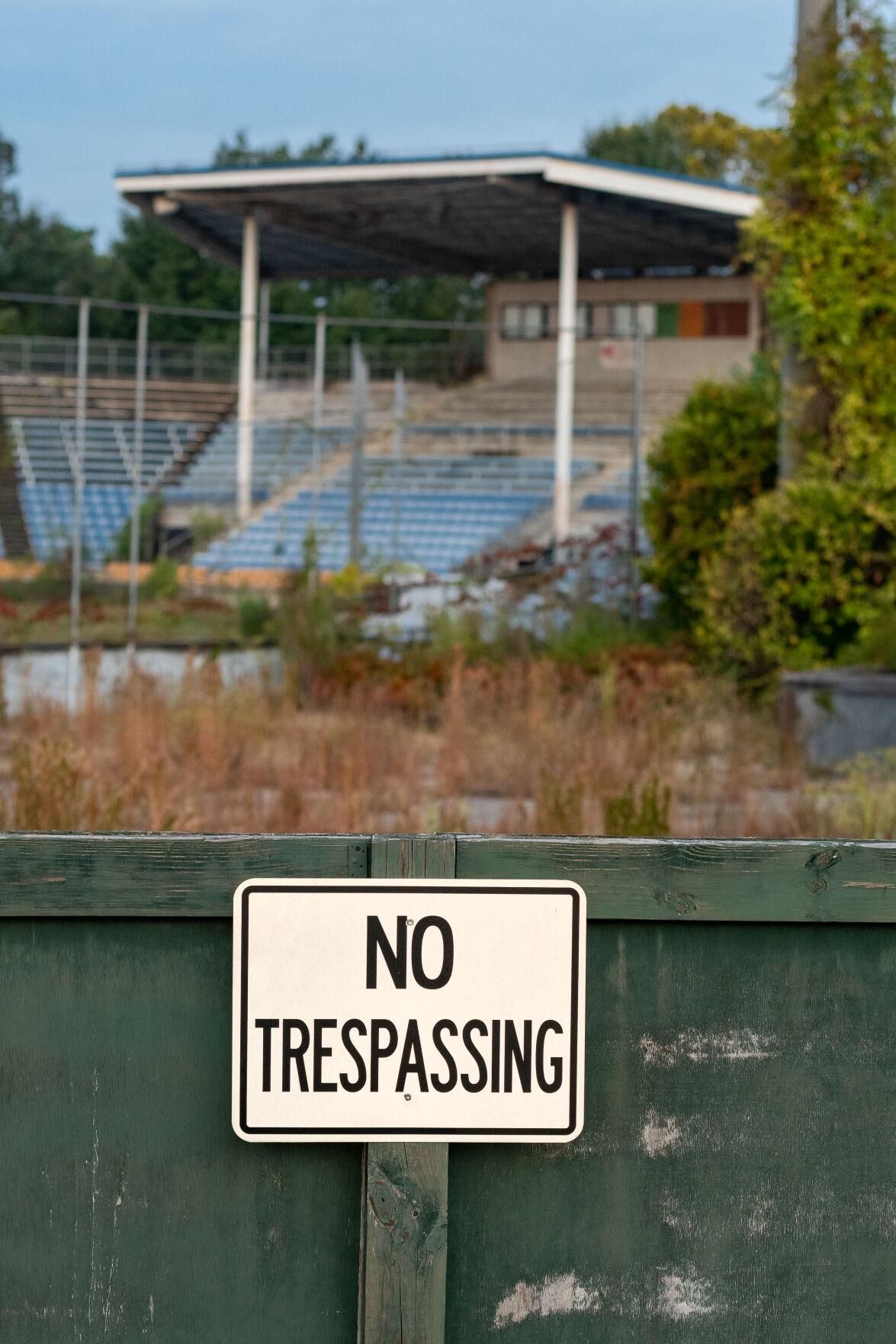 The developer is planning 310 apartments for the site — saying they will be one-, two-, and three-bedroom market rate units, and not the student-focused dwellings that have become ubiquitous in the Capital City — as well as 20,000 square feet of retail.

The development would be called The Ballpark. Weddle also is planning significant infrastructure improvements to address flooding on the low-lying site.

With the latest extension, Weddle has until May 1, 2021 to close on the $1.65 million purchase of the property. Work on the flooding aspect would come next, and apartments would likely be available in 2023.

But while city council unanimously approved the recent extension of the contract, one member is hopeful this will be the last such delay in the sale.

If the sale doesn't close in the spring, the city should begin looking at other options, Councilman Daniel Rickenmann said.

"We've attempted to give them some understanding, with the financing world and COVID-19 and everything else," Rickenmann said. "But, at a certain point, the project either has the ability to move forward, or we need to open it up. I think there have been three or four inquiries in recent months of other people looking at other options over there. It would be nice if we could put that one to bed." 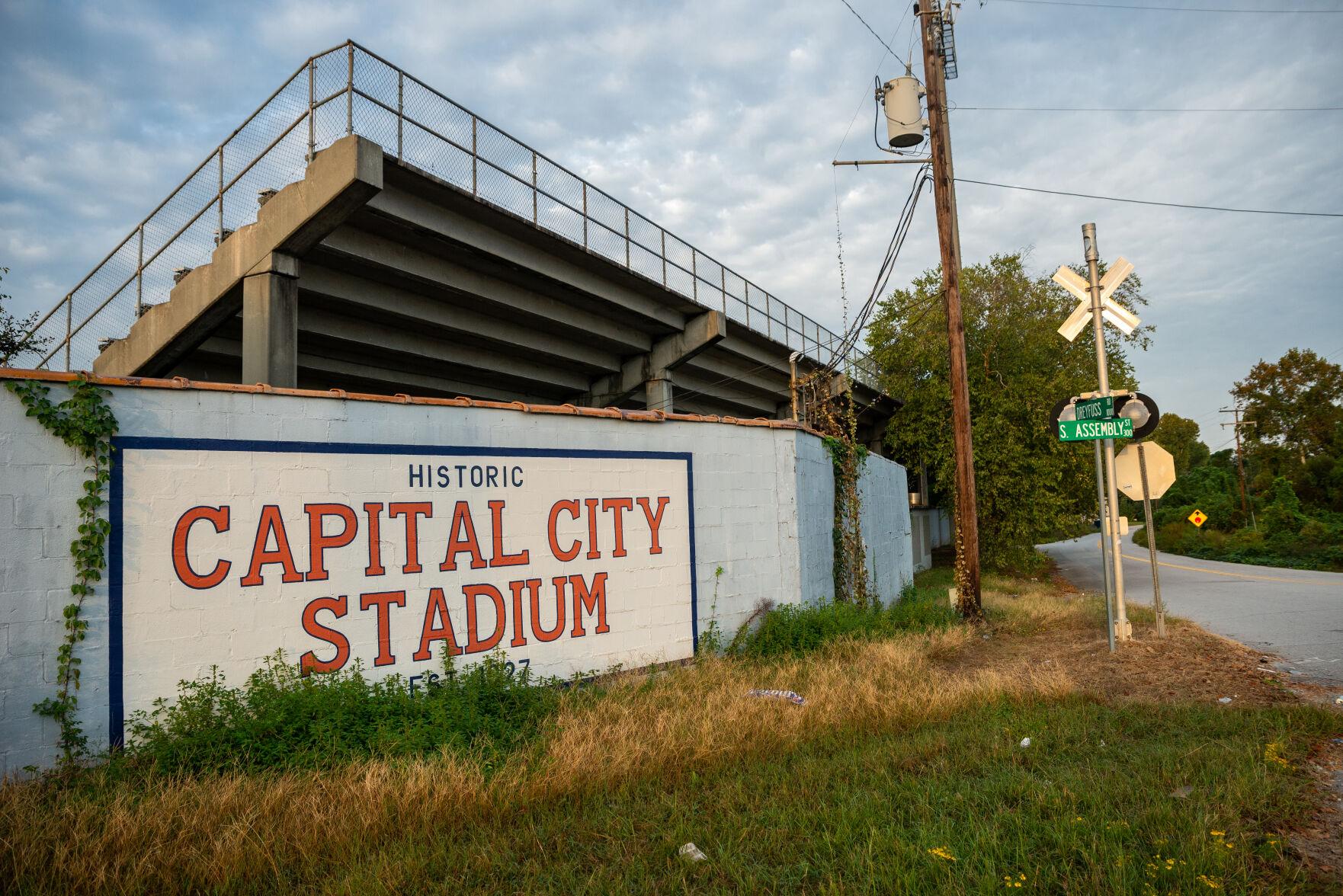 While he couldn't share finer details about the other overtures the city has gotten for the ballpark site, Rickenmann said they include an entertainment venue and a mixed-use complex with some creative workspace.

Despite his reservations, Rickenmann noted part of the reason he voted in favor of the 14th extension of the contract to sell the land was because Weddle has only been involved with the project for a bit more than a year.

Both Weddle and city officials have said the project has been slowed, in part, as developers have sought federal approvals for flood mitigation, a process that has taken longer because of the COVID-19 pandemic.

Columbia Mayor Steve Benjamin has continued to show patience with the long-developing plans for the old stadium site, acknowledging that it's a unique piece of property in direct proximity to the Olympia neighborhood.

"It's proven to be a complex and challenging piece of property to develop in the right way," the mayor said. "It's not a place where you just clear the land an erect a building there. ... There are ways we have to work together on everything from stopping flooding to some real neighborhood enhancements.

"It's a tough piece of property. I'd rather have it developed right than developed fast."

Weddle does have momentum on the project.

The developer in late 2019 secured tax incentive deals with the city and Richland County, part of a 10-year, up to 50 percent joint property tax break for large commercial and residential projects the two governments introduced in July 2019.

And he's included money in the sale price for Historic Columbia to produce a documentary about the history of Capital City Stadium. Several Hall of Famers played games at the stadium in decades past, including Hank Aaron, Frank Robinson and Mariano Rivera.

The Babcock Building seems poised for revival despite its recent fire damage, the top executive for the development project said.

The developer said he is confident the sale of the project can close in the spring.

"For my team, it's absolutely the last extension," Weddle said. "We don't really work on projects, to get out of the ground, longer than two years, which is quicker than most people. ... We are virtually ready to go. We do not see another extension in the near future."

With completion of the project still being nearly three years away, the specifics of the retail portion of the redevelopment are far from locked in. But Weddle gave a few slight hints at the types of businesses that could be interested.

"I can't tell you what retailers are involved, but if I told you what names have approached us, they are well-known names," the developer said. "Now, that was pre-COVID. I'm not sure what that looks like post-COVID. ... (Post-COVID), I imagine it will be attractive to most restaurants, coffee shops, workout studios and an abundance of other retail opportunities."

The old ballpark site is uniquely positioned for redevelopment, Benjamin noted. It's about a mile north of Williams-Brice stadium, and could help spur a revitalized gateway into downtown.

"The potential of South Assembly Street has always been great," the mayor said. "(The would-be new development) could be a significant improvement that benefits that entire area. I know it has taken a great deal of patience from everyone. But we are committed to make sure it is done right. Right for the city, right for neighbors and that we've got the right developer on the job. 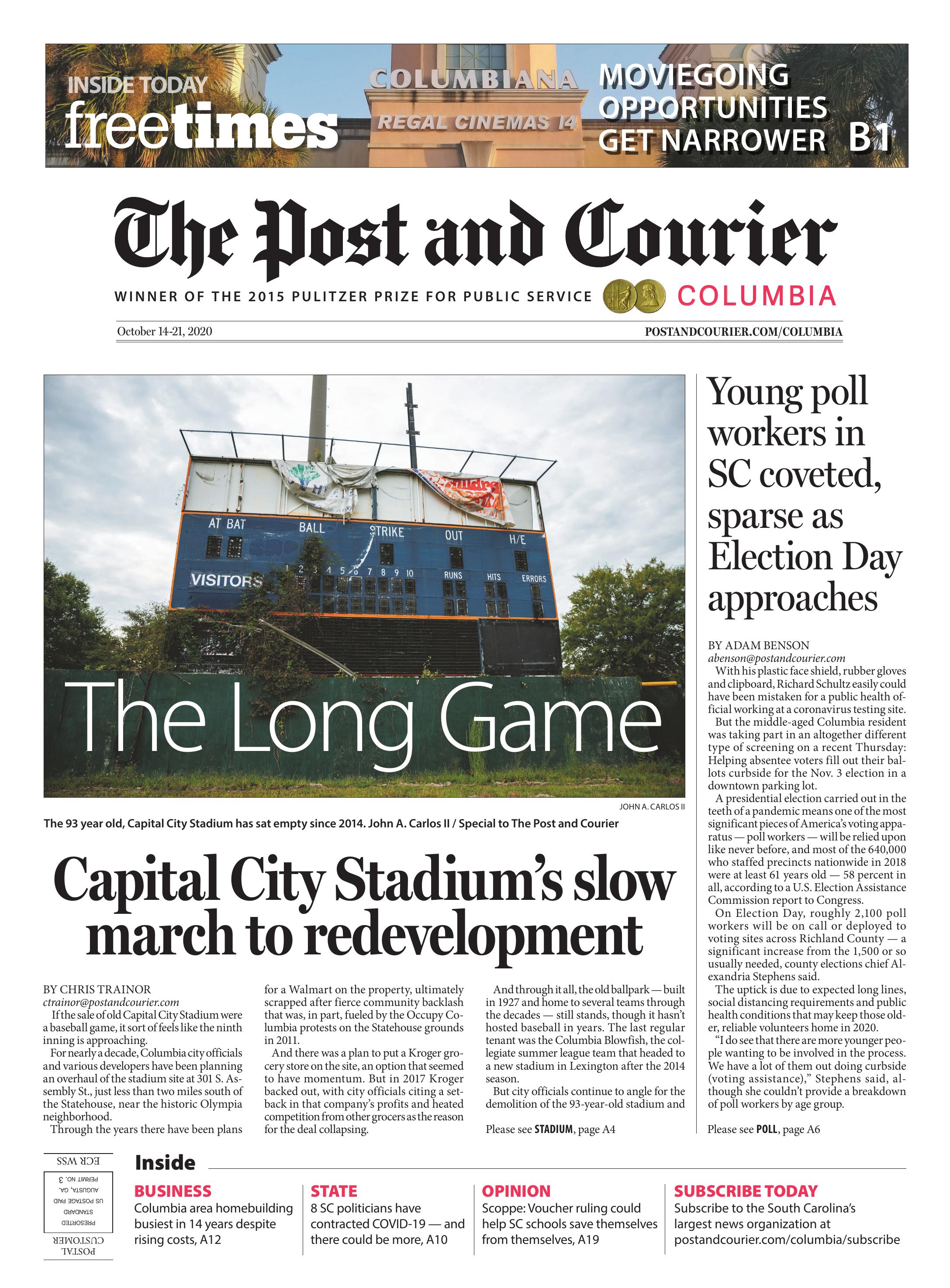