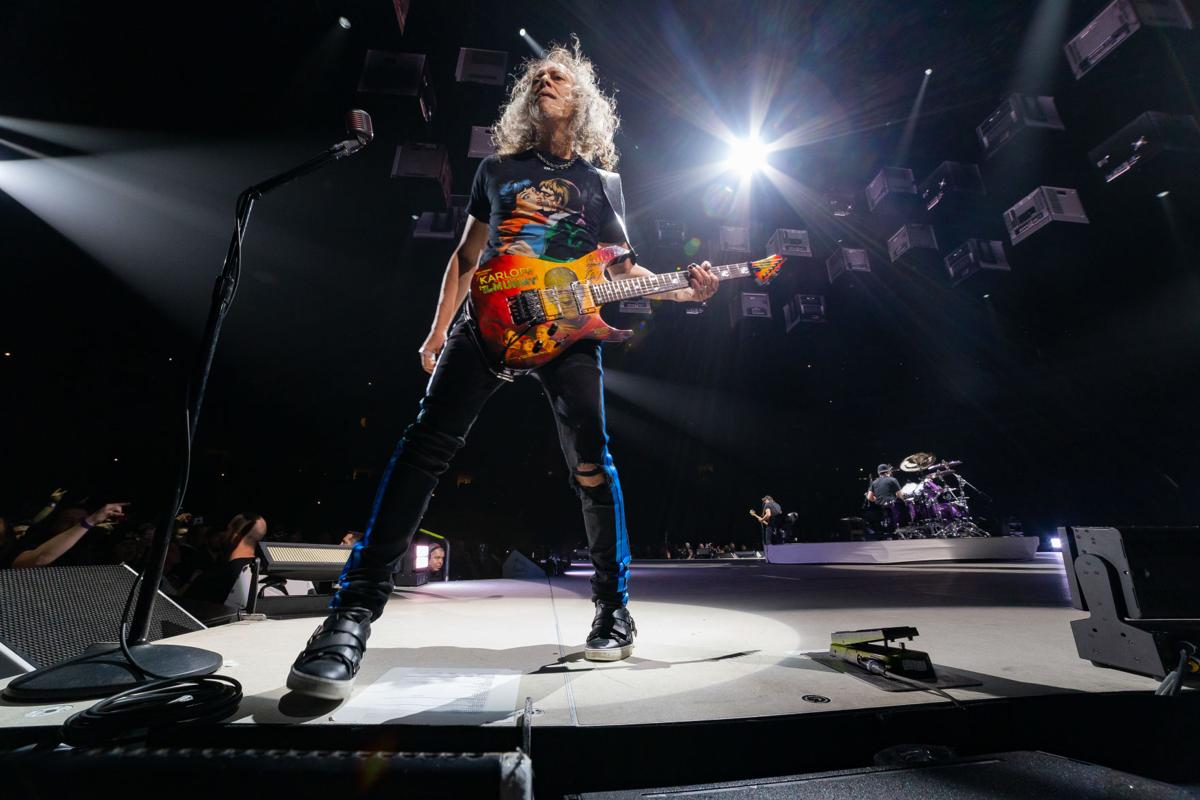 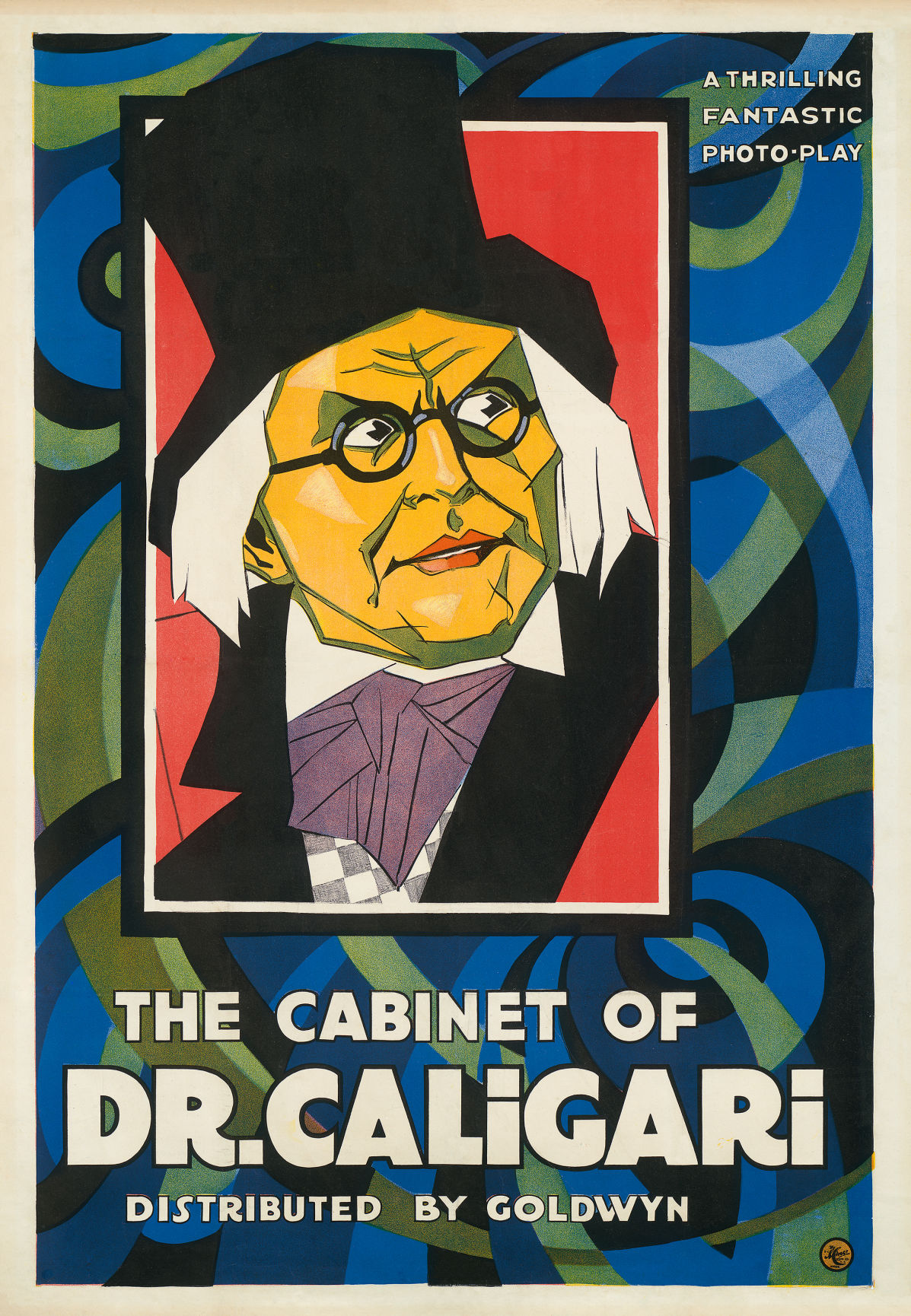 Lionel Reiss’ 1921 poster for The Cabinet of Dr. Caligari 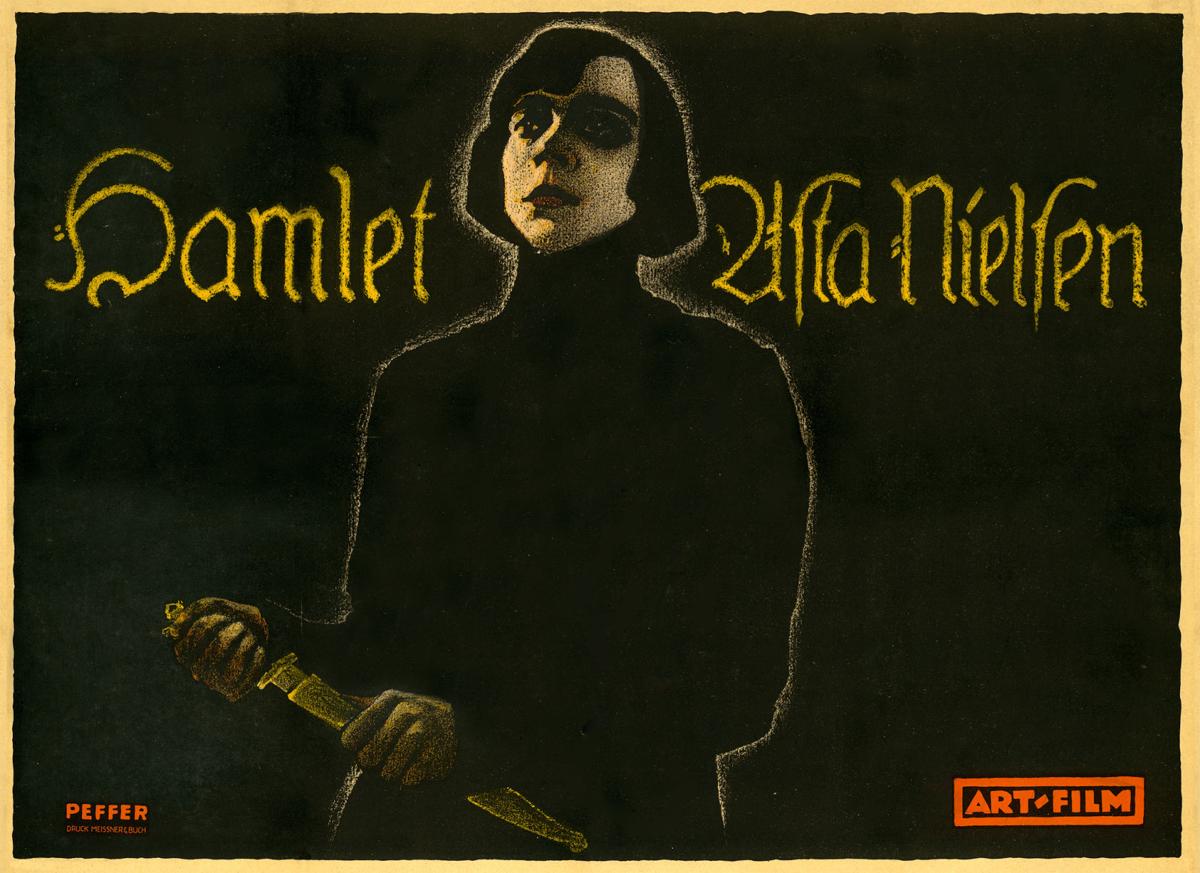 As the guitarist of Metallica, Kirk Hammett has always had a knack for bringing flashes of bright tones and classically inspired flourishes to the band’s high-octane thrash metal. That he’d find inspiration in the vivid colors and dark romanticism of vintage horror movie posters should really come as no surprise. With his touring exhibition, It’s Alive! Classic Horror and Sci-Fi Art from the Kirk Hammett Collection, which stops at the Columbia Museum of Art from Feb. 15 through May 17, Hammett offers some of the prized artifacts from his impressive collection of poster art and memorabilia.

In advance of the exhibition’s opening, Hammett offered his thoughts on classic and contemporary horror films, escapism in art, and the joy that can be found in a good scare in an email interview with Free Times. The conversation has been edited for length and clarity.

Free Times: You’ve talked before about your lifelong love of horror movies and art, going back to an early age, but when did you start collecting the art and memorabilia?

Kirk Hammett: It all started at an early age. I saw Day of the Triffids when I was five. That started it. When I was six, I was already buying and reading monster magazines. I would save my allowance, and not eat at school, just so I could get my horror fix later or on the weekend.

When did that collection become a more serious venture — getting into the ultra-rare and one-of-a-kind items that It’s Alive! offers?

I acquired a Bride of Frankenstein half sheet somewhere around 1989. I remember sitting in front of it, enchanted, mesmerized, and I knew then I had to get more. It was partly the challenge of getting it that pushed me in the beginning. All this super rare and super scarce stuff and I had to go out and search for it. Really look for it, network, look under rocks, the whole deal. So yeah, probably 1989 was when I made the decision to move full on into movie posters.

What was the impetus for putting together this display, and sharing your collection with the world?

For these museum exhibits, I think it kind of started with my book, Too Much Horror Business. Now, I really feel like this is my child, and I have to let it go out and see the world, almost as much as I want the world to see it. It does no good sitting somewhere unseen. This collection needs to be shared, needs to inspire others as it has inspired me.

What about the horror and sci-fi genres did you find appealing, and how did that appeal turn into an influence in your own artistic expressions?

They feed each other, the horror, the music, the music, the horror. Heavy metal sounds frightening. That’s what I first liked about it. It was exciting, like I’m going to do something dangerous, but it’s actually just music, and horror movies have the same effect, and initially, it was as if the posters were a reminder of fears conquered. Now, though, now the posters can actually inspire the music. It’s sometimes hard to say which is feeding which.

The works on display seem to suggest a particular affection for the movies of Hollywood’s Golden Age — more than the grittier grindhouse or slasher stuff that started emerging in the ’70s and ’80s. Do you have any particular allegiances to some eras or subgenres over others when it comes to horror, and what drives that distinction for you?

I think for me, the posters from 1929 to 1937 are the most beautiful. Because the artist tried, and usually very successfully, to mix elements of horror with elements of romanticism. Two perfect examples are The Mummy one-sheet, with the Mummy right there and the woman in the corner looking up, and the Frankenstein three-sheet, which has the monster’s head and a woman in a wedding dress splayed out on a bed or cushions. And of course, the Dracula one-sheet, where it has a woman and there are two eyes glowing in the dark and the tagline is “the story of the strangest passion the world has ever known.” So that whole love interest romanticism thing is implied in most of the posters from the early-’30s and that’s my favorite period. There are always exceptions, but the more modern posters, pretty much from the ’60s on, are more formulaic.

What do you see as the role of escapism, not only in horror and sci-fi specifically, but in art more broadly?

Well, Charles Baudelaire said something like when a man puts himself into the creation of the arts he’s less likely to fornicate. I’m totally paraphrasing, but I think it’s like when a person involves himself in the creation of any sort of artistic expression it feels like a higher plane of thinking, at least that’s what it feels like for me. It puts you above those base desires, escaping to a higher plane. A plane of thinking that I don’t naturally go into every day. It’s where I create a scenario to escape in and do whatever my creative urges tell me to do and guide me to do and that’s when I’m in the creative part of escapism.

And then escapism just for the sake of it is extremely therapeutic for me because it allows me to step out of myself, my own situation, and that situation might be highly stressful or full of anxiety, so to be able to escape for a safe place for like a couple of hours and know that I can come out of it in one piece.

That’s a very powerful thing knowing that I have that, and that I can access that when I really need to. Both in terms of the real term of escapism and also creatively where I can go to a safe place that I’ve been going to since I was a child.

Do you have any contemporary horror movies you’d recommend — or even look to add items to your own collection?

Well, something could always be added to the collection. I’m actually adding a couple of extremely significant pieces to my collection soon, but more about that later. As far as contemporary horror movies, well, it changes with each year, but my favorite from the past couple of years is The Witch.

Even though it’s a modern horror film, it looked and felt like a ’20s horror film and for me it was a real treat. It was a really cool experience to watch that. Another one is that movie that’s like some World War II film that suddenly becomes a twisted Re-Animator movie. Overlord, I think. I liked The Border, that weird Swedish film, and that German film, Hagazussa. It’s folk-horror, which seems to be a popular genre again, and that makes me very happy. I feel like it’s a good change from the whole zombie end of the world scenario.

One of the best films I saw last year was actually on Netflix, and it was The Ritual. And it had everything I wanted to see in a horror movie, and the monster, if you can even call it a monster, was epic and totally not what I’d expected. I love films that just take me where I’m not expecting to go. I also liked The Witch in the Window. Creepy as hell. And I‘‘m always down for a good horror comedy, and so I can’t not mention What We Do In The Shadows.

In curating It’s Alive! was there any specific narrative you wanted to offer, or feelings you hope to evoke for viewers?

First and foremost, it’s because I think it’s so beautiful. The beauty of these pieces actually overrides the horror aspect for me, and that’s something that I never expected when I first started collecting this stuff. It was originally because I loved the movies, and then I discovered the artistic aspect of a lot of these horror movie posters, especially the ones from the ’20s and ’30s, and all of a sudden I found myself in possession of items of beauty.

As a horror kid, it was a bit of a paradigm shift for me, because things in horror aren’t always beautiful and here I was embracing that beauty. There are a lot of elements of romance, and that, with the beauty and the horror, can create a great juxtaposition of moods and experiences. It can give you an emotional charge and pull those feelings out. Also, these pieces have always been a great source of inspiration for me, when I’m creating. I think they always will provide that inspiration.

What are your favorite items on display in the It’s Alive?

That’s hard. This exhibit is a collection of my favorite pieces. I mean, the museum isn’t big enough to hold the whole collection! These are some of my favorite guitars, there’s a little creature aerator that you are supposed to put in an aquarium, I love that. And then there’s the 1931 Dracula one-sheet. I love looking at that poster.

In an ideal scenario, how would somebody feel after seeing this exhibit?

These are things of beauty. That’s just one of the things I hope other people see in this exhibit, just how beautiful this stuff is. I want people to see these posters as works of art. I want them to feel like they’ve found a place they can escape to. I want them to get hit with that emotional charge and walk away alive and inspired.

What: It’s Alive! Classic Horror and Sci-Fi Art from the Kirk Hammett Collection