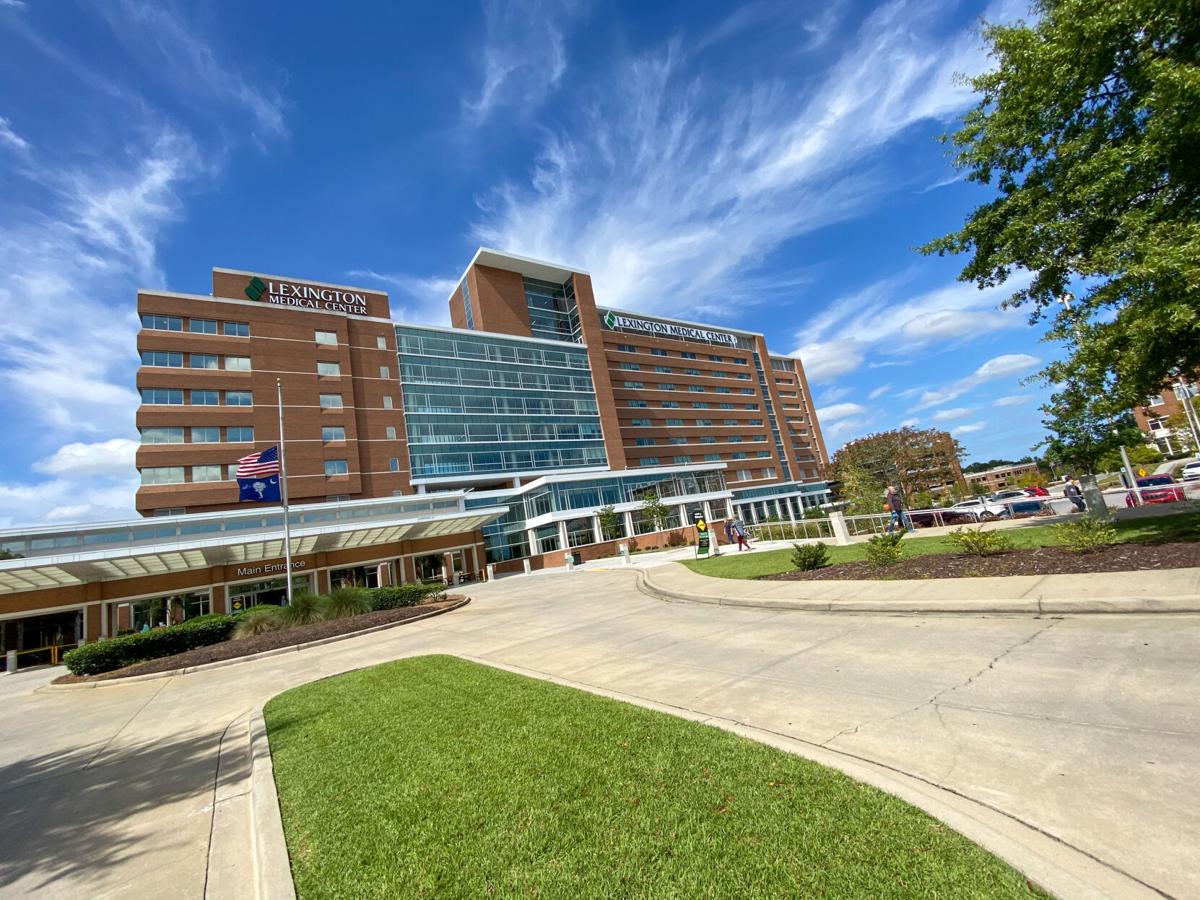 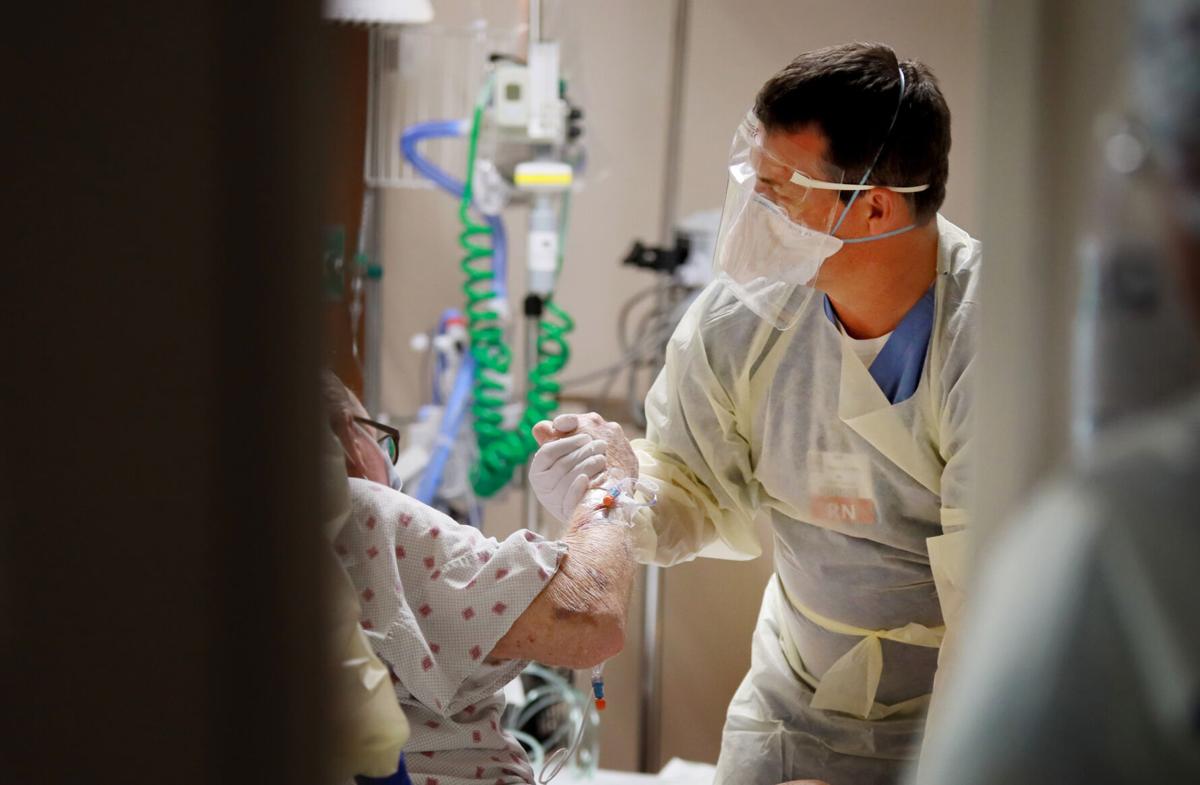 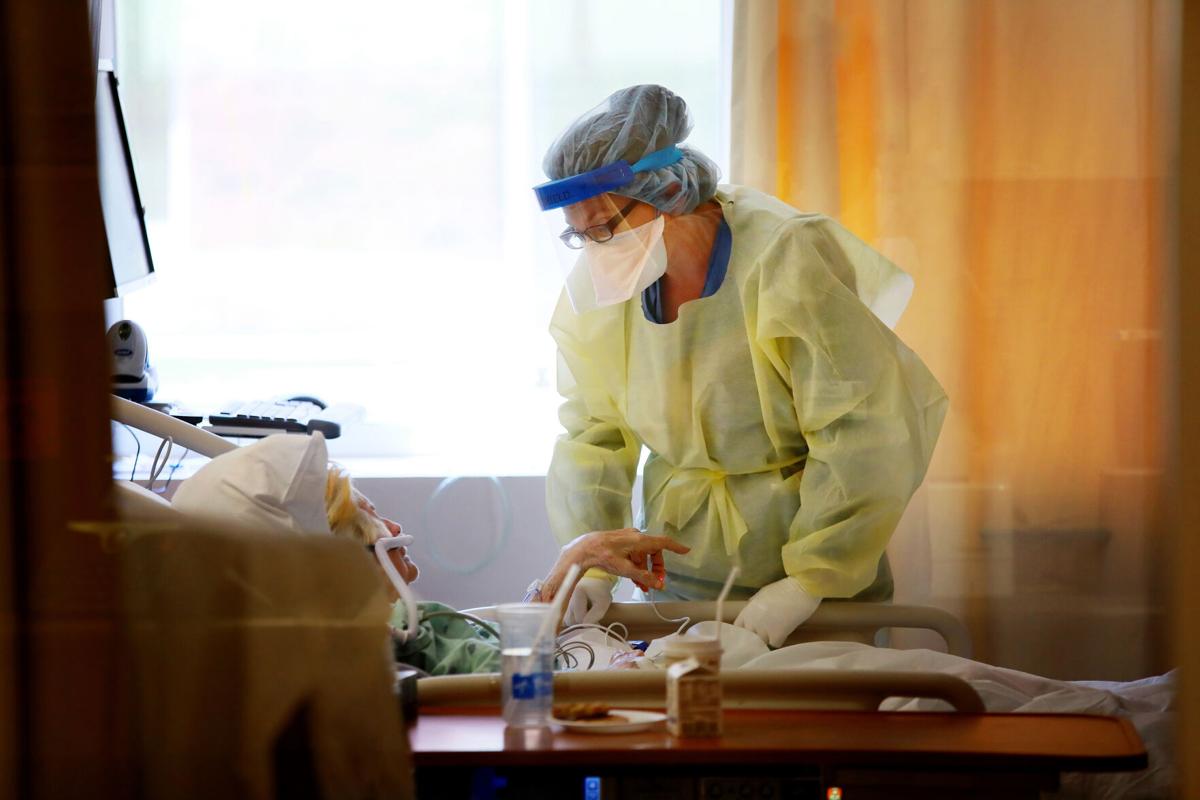 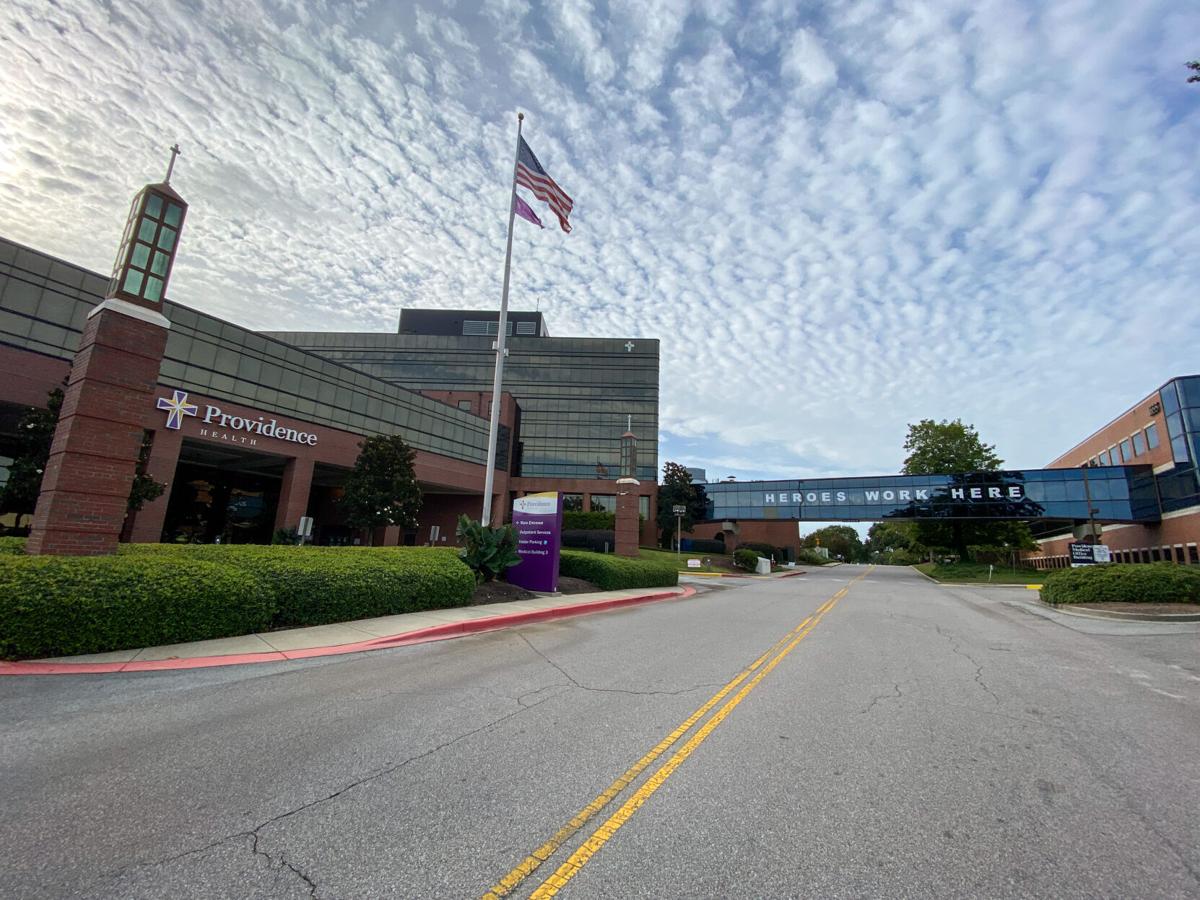 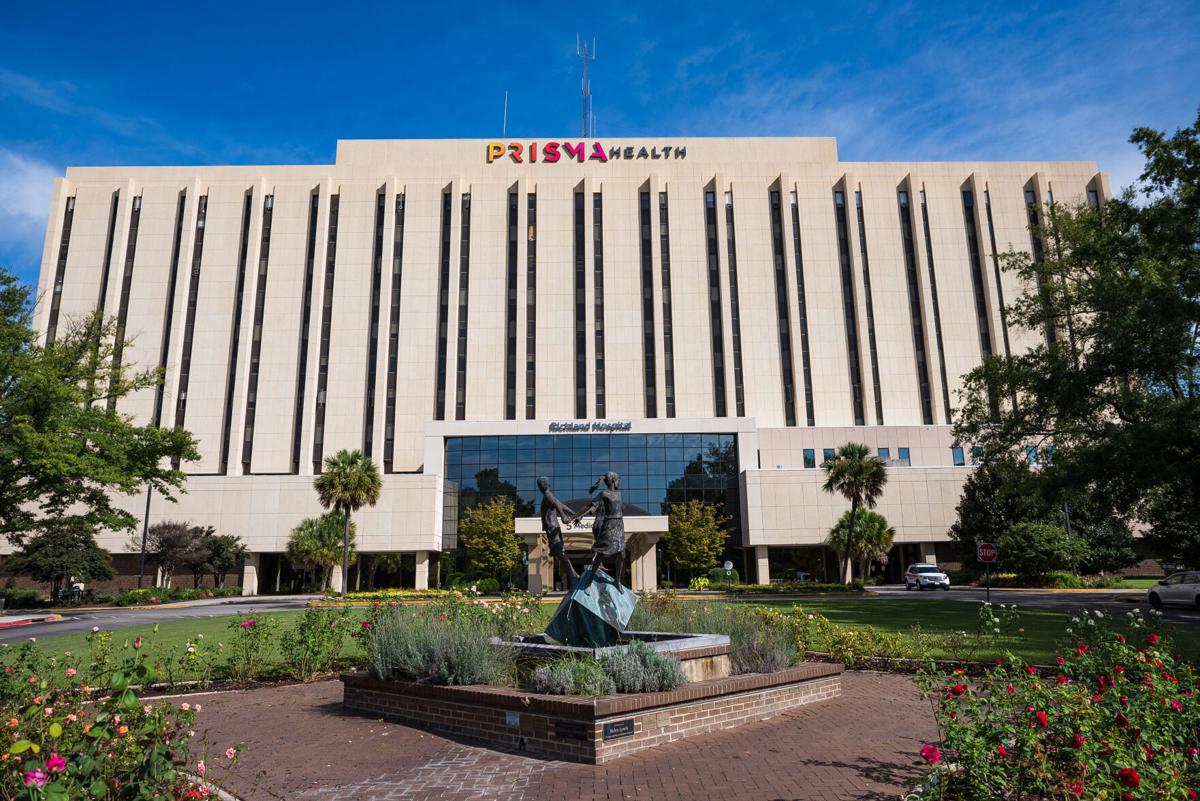 One after another, Lexington Medical Center board members stepped up before the Lexington County Council to plead: Save us by letting go.

“The board has never had anything as important as this for the future of the hospital,” said board member Paul Clifton as he asked the council last month to hand over its ownership from the county and allow the provider to become a not-for-profit system with fewer governmental restrictions.

The council answered in the affirmative — unanimously — enacting the historic change after just shy of 50 years of ownership by the county that formed it.

Aside from the additional cost of an annual lease payment the system will now have to pay, it’s unknown how this may change the price of services to patients.

Hospital leadership wants to be allowed to use the financial arsenal it has built to push back against a 30-year national trend of consolidation that continues to swell, particularly in its backyard, says Emerson Smith, a health care consultant and research professor for the University of South Carolina’s medical school.

“A governmental hospital was the right way to do this in the first place but things change,” Lexington Medical Center Board Chairman Dr. Tripp Jones offers.

The hospital has had the benefit of watching sweeping changes to the country’s health care system from the vantage point of the fastest growing county in the Midlands, complete with wealthy neighborhoods, good schools and the shores of the popular Lake Murray. But as smaller community hospital systems are gobbled up, the degree of difficulty rises for locally owned holdouts like Lexington Medical.

How safe are outdoor concerts? We asked USC's epidemiology chief for an opinion

Richman explains that small providers that have managed to survive offer a stable of reliable care and refer out more complicated procedures to other providers as health care fields become more specialized.

“It requires a lot of restraint and you can’t have a growth mindset as a hospital if you want to try to maintain the community health operation,” he says.

Most frequently, newly privatized government hospitals are turned around and sold to a larger system, something Lexington Medical has promised won’t happen.

But it’s that national resale rate, with bigger providers making it hard for smaller systems to refuse buyout offers, that worries Richman.

“It’s happening all over the country and it hasn’t led to good things,” Richman posits, “By in large, after consolidation, prices go up and quality tends to go down.”

There are more instances of unnecessary care, driven by hospital-connected doctors, he explains, and the cost of adding employees at area businesses goes up as insurance prices rise. There’s less take-home pay and disposable income for workers, too.

“It sucks a lot of resources out of communities,” Richman says.

The historic switch in the county hospital system’s ownership comes against a backdrop of shifting health care in the Midlands and the state.

From the west side of the Congaree River, Lexington Medical watched as its Columbia neighbor and competitor became a mega-system. The ailing Palmetto Health joined with the more financially stable Greenville Health System in late 2017 to become Prisma Health, South Carolina’s largest hospital system covering nearly two-thirds of the state.

The merger pushed Prisma past the state’s second largest provider, Charleston-based MUSC, which itself is reaching out and swallowing up rural hospitals.

With the merger came a pause, and Lexington saw opportunity. As Prisma was wrought with layoffs and leadership changes, Lexington had an opening to claim talent and make headway into a fast-growing area of Richland County, with an outpatient surgical center in northeast Columbia. It also recently completed an expansion of its hospital tower and has been on an ongoing hiring spree.

But Richman urges lawmakers and community leaders to be much more proactive when it comes to health care mergers.

What You Missed: Judge strikes down witness signature requirement for SC absentee voting

“In a lot of markets, what you have are basically duopolies,” he says.

That’s where the Midlands are headed. Prisma Health is prepared to swallow up Columbia’s Providence Health, owned by the national for-profit system LifePoint Health, the only other competitor that stands between Prisma and its neighbors to the west.

Prisma and Providence await final approval from the Federal Trade Commission. Prisma declined to comment until that approval goes through.

“It’s the FTC’s job to police it, but they have more coming at them than they can handle,” Richman says. “There’s only so much they can do to stop it.”

That’s why Lexington Medical, with its 7,000 employees, says it needs to loosen its government ties to become more nimble and remain independent while challenging Prisma.

At the Aug. 25 meeting, Dr. C.P. Dunbar, a family practitioner and Lexington Medical board member waxed poetic before Lexington County Council on the “financial knife” that would cut the ties Lexington County residents have made with the doctors who have treated their ailing loved ones or delivered their babies.

“We have ties to the doctor who removed our gall bladder. We have ties to the nurses who took care of grandmother mother when she was ill,” Dunbar said. “If we don’t pay attention, we will have taken for granted those things and we will have not protected those things we hold most dear, that we count on in times of trouble ... These things, they’re not on a spreadsheet, folks, but you know they have value. They have great worth. Let us not lose focus on those things that matter.”

The group of hospital board members even had physicians on their side, with chief of staff and ER doctor Mac Nowell speaking on behalf of medical personnel.

No one spoke in opposition at the meeting.

The biggest problem, they said — the state pension plan.

“The most significant expense we have today now is the increased cost of the South Carolina retirement system,” hospital CEO Tod Augsburger told the council. “We had a choice to join or not in ‘71. And it was a phenomenally good decision back then. But it’s become incredibly expensive and it is woefully underfunded.”

Cost has gone up for both the hospital and its employees, he said, with employer contributions continuing their rise from 16 percent to 18.5 percent this year.

“It’s no longer an attractive benefit,” he said, especially as the hospital sees its competition only spending about 3 percent, or $15 million, annually on a 401k plan.

Trouble was first signaled in 2016.

Fitch, one of the major ratings agencies whose marks determine interest rates on companies’ lending options, switched how it measures pension-related liabilities and plummeted the hospital’s rating from a high A to BB-, the equivalent of a speculative investment.

But the hospital maintains high marks from the other ratings agencies, and leaving county ownership doesn’t give it total escape from what it owes. Going nonprofit could allow it to raise more money, which could also go toward the pension debt.

“They have to continue to contribute,” says Democratic state Sen. John Scott, who was shocked to see the historically Lexington County hospital make moves into Richland County last year by breaking ground on an outpatient surgical center in northeast Columbia.

With the change, the hospital is also responsible for covering a $1.2 million per year lease for the land occupied by its main campus off U.S. 378 near Interstate 26.

In Charge of Its Own Future

As shifts in health care are coming at an increasingly rapid rate, experts say Lexington Medical is in a good position to handle them.

“I don’t believe it’s just the pension,” said Smith, the health care consultant. “They’re looking for anything they can do to create a hospital they can control. They’d rather be in charge for their own future.”

Having a county council looking over your shoulder as you try to grow beyond your original mission is not comfortable, Smith says.

“They’re looking into the future and discovering they’re going to have a different health care structure; they’re going to be making less money than they are now,” he offers. “They want to expand. They don’t want to be seen as just a hospital district.”

The hospital has offered reassurances to the county in the form of a nine-member oversight committee appointed by Lexington County Council and a future board to be made up entirely of Lexington County residents.

“I still think they’ll do what they want because the county needs that hospital,” Smith says.

Now loosed, future pension savings are not the only weapons the hospital could wield.

Under government ownership, the hospital could only invest in government or small corporate bonds with limited returns, Augsburger said. Without those restrictions they could invest elsewhere and see the same returns as their competitors, which range at 5 to 7 percent.

“As a not-for-profit we could earn money to support the care we provide,” he told county council.

Also, with a health care world that continues to change, Augsburger said Lexington Medical needs to be able to partner in ways it couldn’t under government ownership, whether with home health providers or hospice operators.

Shifting to a nonprofit is vital now with the expected elimination of Providence Health bringing the Midlands’ two hospital systems head-to-head.

Consolidation in the Midlands

Providence Health underwent major changes of its own five years ago, going from a Catholic-run facility to a for-profit that answered to shareholders.

“There was a time healthcare reimbursements [government and private] would rise every year,” Singh says, and as long as for-profits had size and scale that grew their top line, it didn’t matter where they collected assets.

It was a buy low, sell high mentality. They would grow revenue slightly and attack expense through a centralized back office, which is how a Tennessee-headquartered system with no other presence in South Carolina came to be in the Midlands.

But in 2008-09, reimbursements stopped increasing and for-profits with far-flung hospitals had to look at the market differently. In areas where their facility was not leading, they began to prune assets when appropriate.

And when there is a major regional system the for-profits can often get a better asking price, Singh says.

The deal between Prisma and Providence was a shocker in Columbia.

While Prisma would certainly love not to have the competition, Providence is no longer the premier heart hospital that used to draw patients from as far as Charlotte when it was under the ownership of the Sisters of Charity.

The purchase would also bring Providence’s downtown Columbia hospital and KershawHealth in Camden into Prisma’s fold.

Smith thinks Prisma is concentrating too much on gaining assets that will be eventually be a drain on the lumbering system. He has faith in Lexington Medical Center and its healthy bank accounts.

Meanwhile lawmakers see consolidation marching on, projecting five major health systems will dominate the state within the next 20 years — Prisma, MUSC, Roper St. Francis in the Lowcountry, Bon Secours and McLeod Health in the Pee Dee.

Changes have been made to this story to reflect the correct name for Lexington Medical Center Chief of Staff Mac Nowell.