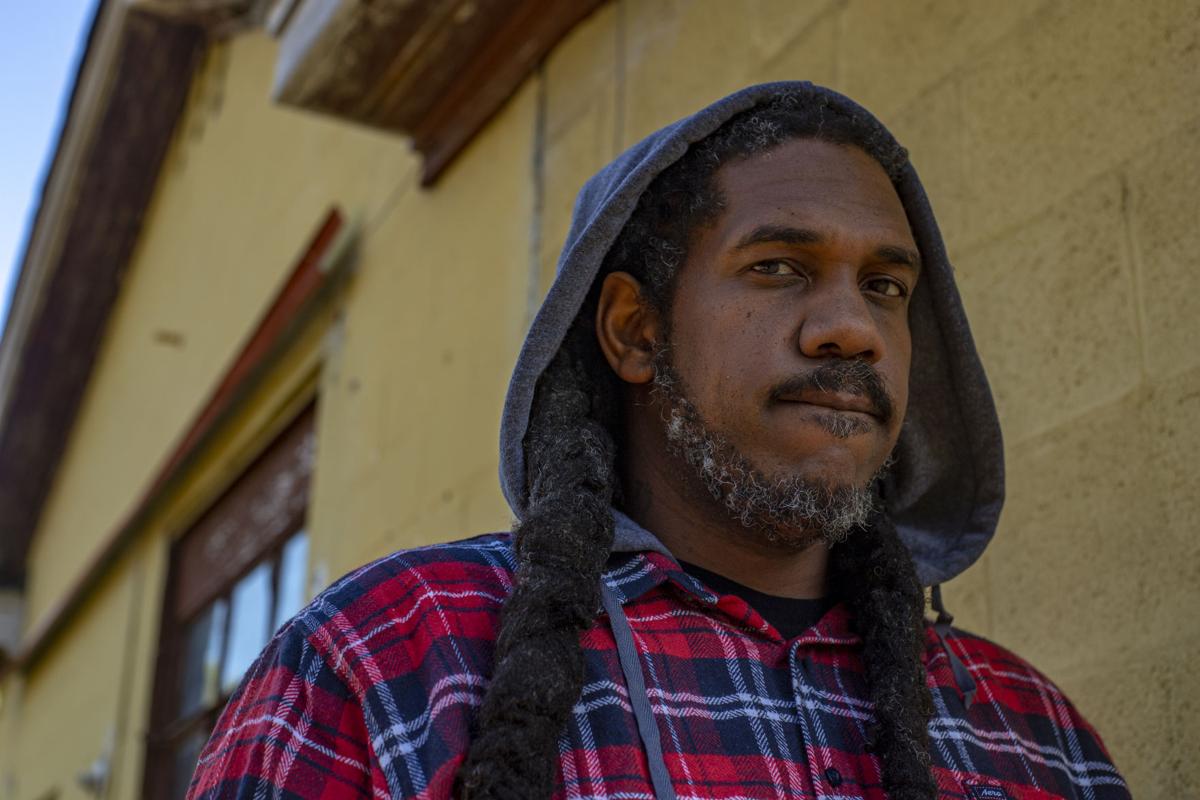 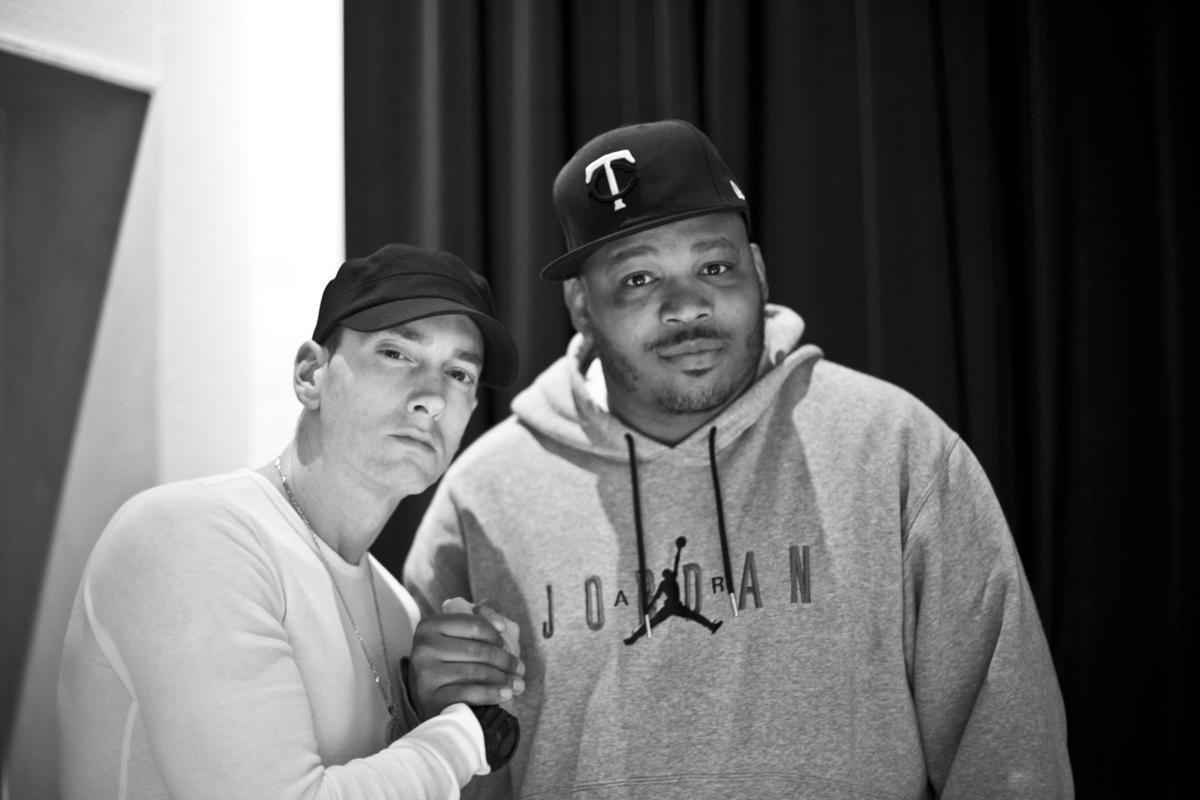 These days, there isn’t much in Fat Rat da Czar’s life that you can’t trace back to Love, Peace & Hip-Hop and its annual Hip-Hop Family Day. The all-ages, culture-boosting block party he co-founded (and to which he routinely attracts legendary acts like Kid N Play, MC Lyte, Big Daddy Kane and, coming up in April, Rakim) has become a constant source of energy and inspiration, both for the community and the stalwart Columbia rapper.

And such is the case with TRIBE: A Celebration of South Carolina Hip-Hop Culture, the new exhibit he curated for the Columbia Museum of Art.

“The word ‘tribe’ best defined how I was feeling in terms of all the artists and their growth and seeing this new South Carolina emerging that didn’t replace the old,” Fat Rat (aka Darius Johnson) says, recalling the satisfaction he felt in watching multiple generations of the local hip-hop culture celebrating and comuning — on the stage and in the crowd — at the 2018 festival. He started to think about how the South Carolina community built to the current moment.

“Guys who were on the scene a decade ago [are] taking on some new roles and being able to foster some relationships,” he observes, reclining in the Boom Room, the hip-hop-focused enclave of Rosewood’s long-standing Jam Room recording studio where he helps guide and shape artists with their own big dreams. “That was just the feeling I had, and I wanted to somehow incorporate that with Love, Peace & Hip-Hop.”

But his latest ambition found another outlet. In talking with the Columbia Museum of Art, which was jumping on board as a venue for events leading up to Hip-Hop Family Day, the feeling became the seed for a display exploring the culture’s first four decades in South Carolina, and how artists and leaders here contributed to hip-hop at large. But the exhibit — which collects photos, records and other memorabilia (sneakers, a turntable) — wasn’t enough to contain Fat Rat’s passion for the topic.

Assembling TRIBE as a visual display inspired him to make TRIBE, the album. An immense and expansive 26-track collection released last fall, it gathers about 30 featured guests, both venerable and current, to help the rapper tell more of the South Carolina hip-hop story, and to show what a powerful force its artists have become.

“So many generations in South Carolina, we all started at zero,” Fat Rat offers, “with the generation before us not necessarily being able to help. And in some cases, [they] just had stopped making music, and in other places had become so popular that they weren’t traveling through South Carolina anymore. So either way, every generation was, ‘We got to break South Carolina open.’ And I thought if we could kind of pool all these stories, people, music together — similar to Hip-Hop Family Day, when you see Grammy dancing, it’s connecting.”

“You think about South Carolina always feeling behind, last, second, third, fourth, 10th, wherever in the lineup,” Fat Rat says, summing up the impression these events refute. “And I just kept running into these stories over and over as we started collecting artifacts. It did something to me. That’s the beginning of it. I knew something needed to happen.”

It’s a similar sentiment to the one that CMA Director of Education & Engagement Jackie Adams says pushed the museum to facilitate the exhibit.

“There are artistic elements to the show,” she says of how TRIBE fits alongside the CMA’s typical displays. “But I think the bigger theme is that it’s an art form in general that we’re honoring, and it’s an art form that has so much artifact and content associated with it. It’s a very visual culture. So that’s what we’re gravitating toward. And it’s also a pretty important part of our community now. It’s being recognized as a legitimate art form in a lot of ways, a form of expression that’s visual, musical, and all of that is embraced here at the museum.”

But while it’s a big deal for local hip-hop to be featured at such an institution, Fat Rat — and other members of the community he looks to highlight — emphasize that it’s also important to remember that local hip-hop doesn’t need the validation to be legitimate.

MIDIMarc (aka Marcum Core), a Columbia producer that is a longtime collaborator and friend of Fat Rat, takes an unexpected turn behind the mic on TRIBE’s “Neighborhood 2,” telling the story of how growing up on the same block as scene leaders like Czar inspired him to take his own dive into the music. Talking to Free Times, Marc sheds a couple tears reflecting on how seeing such a display at the CMA feels like something of a corrective for the lack of black history education he encountered growing up in lower Richland County. But he remains firm that South Carolina hip-hop made an impact long before this most recent recognition.

“We’re here,” Marc says. “We were here before we were in the museum. We’re going to be here after. Hip-hop will be around, it’s here forever. It’s global. It was here forever when it was just an American thing, when it was just strictly United States. Now, there’s no place on Earth you can go and hip-hop doesn’t have some kind of stamp or whatever. And all the elements. If you’re at any train track and you’re getting held up by any train, you’ll still see brand new, fresh tags on the train.”

Like Marc, Fat Rat is moved by the opportunity to showcase hip-hop at the CMA.

“I caught goosebumps before I said this answer,” he tells Free Times. “As a representative and a protector of this culture first, it is my job to advance it in every single way possible. And maintaining tradition while doing it.”

“That’s very important,” he adds. “It means stuff to people. I’ll be just as happy or happier if they painted a mural of me on Leesburg Road. I definitely spent more time there than I did on Main Street. But I know something like that can validate. And from that validation is where the healing and the inspiration come from.”

What: TRIBE: A Celebration of South Carolina Hip-Hop Culture