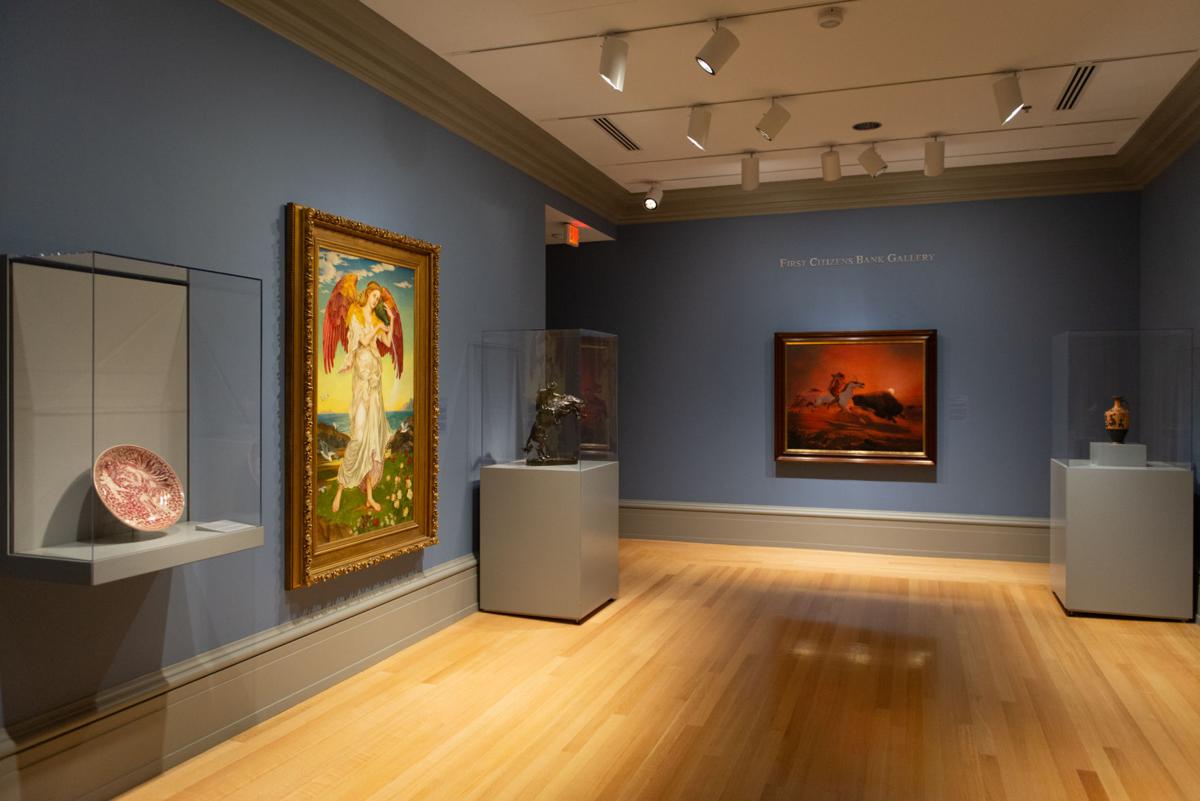 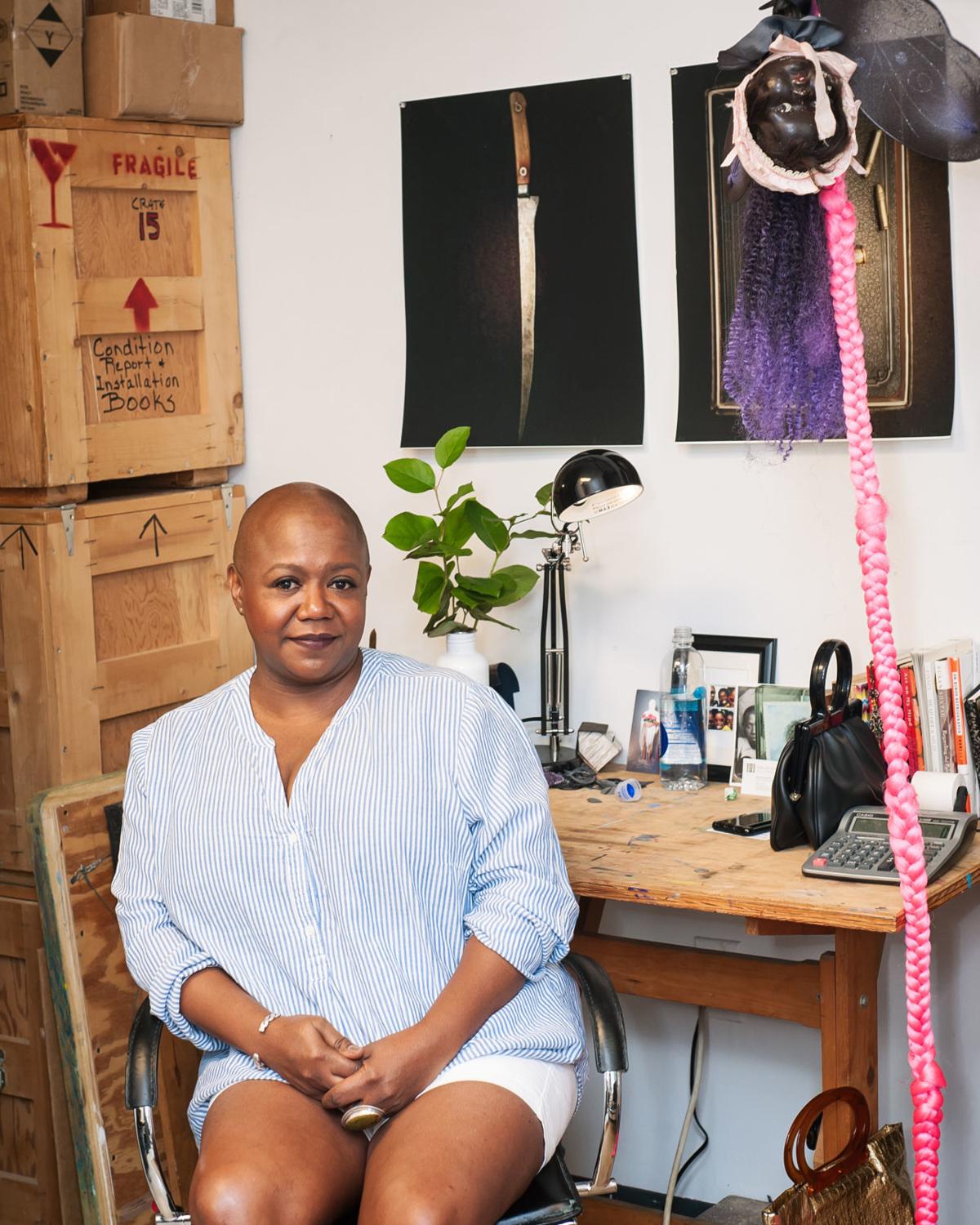 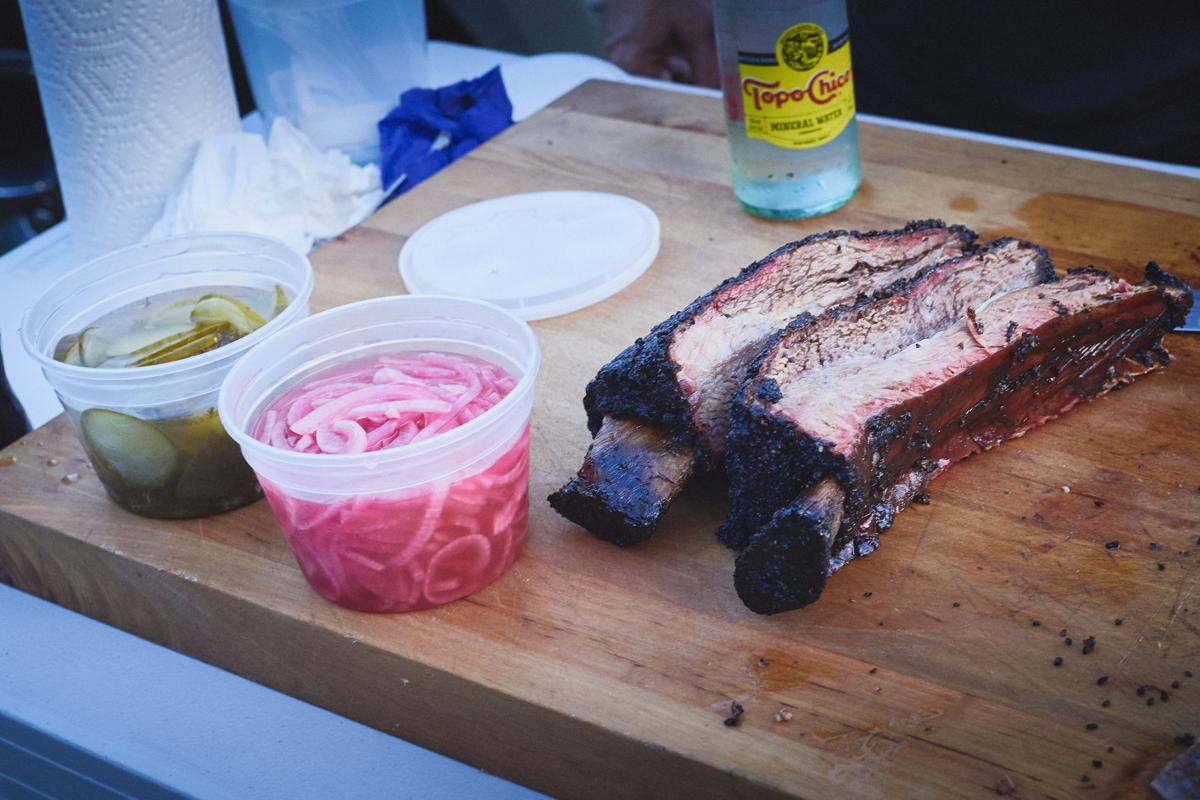 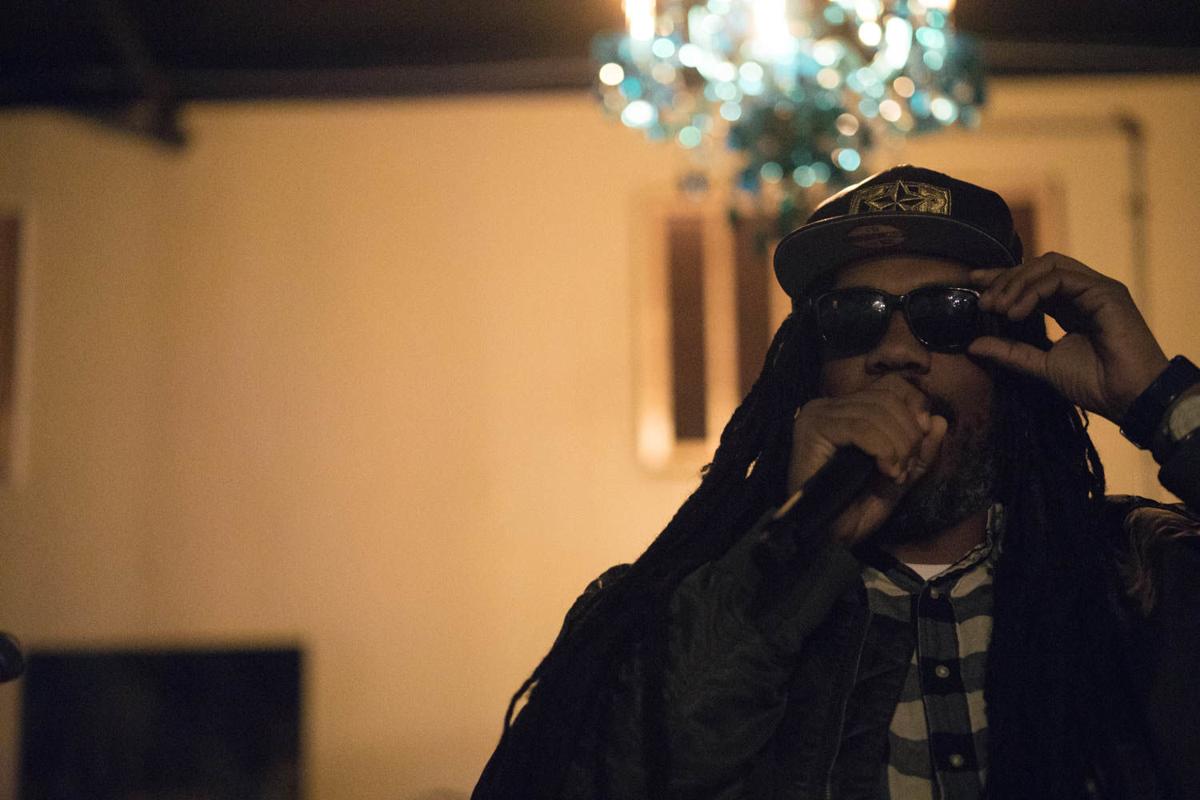 This is, last I checked, still a Gamecocks town, and no one reports on the Gamecocks as robustly as The State’s staff at gogamecocks.com. From recruiting to game stories to features and columns, they do a thorough job covering USC. Ben Breiner’s in-depth looks at football strategy and Adam Ramspacher’s coverage of men’s hoops are of particular note. — Chris Trainor

The museum’s recent beautiful renovation brought with it a wonderful expansion and reorganization of the displays from its permanent collection, emphasizing more modern work and organizing the pieces by theme rather than chronology. And its expectedly impressive schedule of changing exhibitions hasn’t dipped in the slightest (currently on view, Mimi Kato: Ordinary Sagas and Wow Pop Bliss: Jimmy Kuehnle’s Inflatable Art are engaging and forward-thinking, and come October, the museum will host a hotly anticipated Van Gogh exhibition). Not too shabby. — Jordan Lawrence

Sure, Blue Sky is an institution, but there’s not a more powerful and provocative visual artist working in South Carolina today than Michaela Pilar Brown. Her mixed-media creations reimagine objects, spaces and her own body to interrogate history, memory and myth with a richness and intensity that this moment desperately needs. — Kyle Petersen

Yes, I know how mighty the Nickelodeon is. But I have to show some love to the Regal Northlake Village (formerly the Pastime Pavilion) across the river in Lexington. The theater did a major remodel last year, and the results are wonderful, highlighted by reserved seating; leather, reclining seats; and a revamped lobby and concessions set-up. The auditoriums are cozy, and the digital projection and sound are always on-point. — Chris Trainor

Few local restaurants have had more of an impact upon opening than smallSUGAR. The fact that this ultimately is a breakfast place is perhaps the most surprising aspect of it all. Before smallSUGAR, breakfast in the city maybe was an egg sandwich or some kind of grits plate. Sarah Simmons and Aaron Hoskins changed all that, bringing things like eggplant shakshuka, tartines, and a flatbread plate bursting with creativity to the table, proving that breakfast isn’t a boring meal, but perhaps the best meal of the day, when done right. — Bach Pham

The pulled pork at this West Columbia hole-in-the-wall is second to none in the Midlands. I like it with some of their mustard-based Pretty Lady sauce, some hash and rice, a serving of mac and cheese, and an iced tea so sweet it’ll send you into a diabetic coma. No lie: True is the truth. — Chris Trainor

It’s like the bus jump in Speed. The music is blaring as the bus roars up the unfinished ramp to its apparent demise when Keanu Reeves hurls himself over Sandra Bullock and everything goes silent as the bus hurls in the air. For moments all you hear is the chest-pounding breath of the vehicle as it propels up into the sky, unsure of its destiny. Suddenly the bus slams perfectly on the other side, and it’s the best. That’s what it’s like eating Whig fries, every single time. — Bach Pham

You might not expect a craft beer joint in Lexington to get a nod for “Best Grits.” But Keg Cowboy, on Lexington’s revamped Main Street, has an amazing grits game. The bar is known for its craft and local beer, but Chef Brian Nelson turns out lots of delicious sandwiches, entrees and sides, one of which is grits. The Keg’s grits have a slightly buttery flavor, a peppery aftertaste and perfect consistency. Goes great with a beef on weck and a cold cider. — Chris Trainor

I keep closing my eyes and imagining I’m in a restaurant with a big, beautiful spit of lamb rotating slowly in the background. The smell is intoxicating, and when I take a bite into the freshly made gyro, the meat is seared, the pita is warm and fluffy, and the dressing is bright and simple. In reality I’m sitting in a former firehouse kicking back an ESB next to a USC professor eating mac and cheese topped with Goldfish, and apparently it’s jazz night. Life’s just weird like that. — Bach Pham

I think a lot — probably too much — about where the best burger is in Columbia. And my opinion has changed a couple times over the years. But at the present moment, I’m gonna go with the perfectly buttery bun, the fresh-ground, you-can-and-should-get-it-medium-rare patty, and tantalizing cheese options (Smoked cheddar! Picante provolone! Creole pimento!) offered at Bourbon. That it’s available as part of the city’s best weekday deal — a burger, a draft beer and a shot of Bulleit for $10 (before cheese) between 4 and 6 p.m. — definitely helps. — Jordan Lawrence

Flavor is important in a milkshake, but so is consistency. A milkshake is supposed to be a drink. At some of the places that always finish high in Best Of Columbia (*cough* Cook Out), the milkshakes are so thick you can burst a blood vessel trying to suck it up the straw. Zesto’s shakes taste great, plus they strike the perfect consistency balance. Also, you get to have someone scream, “Next, please!” at you before you order one. — Chris Trainor

There are ribs, and then there are beef ribs. Robbie Robinson can tell you all about his Texas-style beef ribs and the hours of work that go into making them for his pop-ups at Craft and Draft and elsewhere, but seeing is believing. They’re delightfully smoky, juicy and tender, with a bark so beautiful that they’re as much a joy to witness as they are to eat. — Bach Pham

I’ve always known that Mexican street tacos were delicious, but the beautiful women behind La Cochinita redefine just how insanely good it can be. Their confidently dressed tacos elevate things we thought we knew and take it to the next level. Take the Mayan barbecue taco with salsa, cream and pickled onions: the cream is cool and refreshing, the pickled onions bright and tart, all of it so wonderfully balancing the rich barbecue in a way we’d never casually think to do ourselves. — Bach Pham

The only true Sichuan-style restaurant in the region, Sun Ming’s secret menu of traditional Chinese food — like the powerfully fragrant clay pot pork or stir fried lamb in cumin sauce — is filled with offerings as good as any dishes you’ll find in the city. Extra respect for keeping the Lazy Susan alive. — Bach Pham

I have found a huge newfound appreciation for Inakaya over the past year. Normally, there’s deserved skepticism for places with menus as large and vast as the two Inakayas, but they really have some hidden gems on the menu that show how much more they are than just another sushi restaurant. Things like their broiled seafood dishes, various udon and soba bowls, and rice dishes are all thoughtfully done with a huge level of detail and care. — Bach Pham

Besides best Thai, chef Nivit Tipvaree and his Lexington restaurant have an argument for potentially being the most important restaurant in the Midlands. The artistic menu takes very classic European dishes like chicken roulade and risotto and flips it on its head with intense Thai sauces and flavors to create something familiar, yet entirely new. — Bach Pham

Not only is The War Mouth a great Southern restaurant, it’s the best representation of the Midlands that we have in the city. Full of refined dishes like chicken bog, purloo, catfish and grits and more that speak to the region’s history and geography, the Cottontown restaurant has continued to evolve each year and play a big role in shaping the city’s food identity. — Bach Pham

Since last year’s Best Of Columbia poll, the city lost two of its best indie rockers. Adam Cullum, who led the chaotically beautiful, chamber-inflected Can’t Kids, died in September 2018. Aaron Graves, who faced down hard truths with infectious and empowering optimism in the folk-pop-leaning Those Lavender Whales, died in June. At various points during their remarkable runs in the local music scene, they were each worthy of being called Best Local Band — and they will remain in heavy rotation for this listener for years to come. — Jordan Lawrence

Fat Rat da Czar is the best, most important hip-hop artist in Columbia, and anybody who says otherwise is just wrong. It’s not just that he spent the last year lending his muscular but charismatic flow to two of his most ambitious and satisfying records — the scene-wise mission statement ETHX, the no-B.S. heartache document Exposed — or that he played several gripping live shows, some backed by one of the more impressive live hip-hop bands in the Southeast. He also leads Love, Peace & Hip-Hop, which rallies the massively popular Hip-Hop Family Day festival each April, a community-forward, misconception-correcting celebration of the culture. Pitting Fat Rat against the rest? It’s no contest. — Jordan Lawrence

Columbia’s cocktail game has gotten seriously competitive of late, and The War Mouth’s Spencer Robinson is as inventive as the best of them. But it’s his ability to bring the same subversively traditional approach to the drinks as Chef Rhett Elliott does to the food  and his affable yet low-key professional presence behind the bar that makes him the ideal bartender for this Cottontown highlight. — Kyle Petersen

No offense to Steel Hands, which landed last year as a great brewery with a great space to hang out in, but West Columbia and Cayce already have great places that better live up to the idea of a neighborhood bar. Between the lived-in charms and top-flight wings at D’s to the PBR-and-a-shot camaraderie of the not-just-a-rock-club New Brookland Tavern, you’ve got options. — Jordan Lawrence

Since opening two years ago, Columbia Craft has quickly established itself as one of the best breweries in the state. Its flagships are on point — the Columbia Craft Lager is a dependably delicious crusher; the Famously Hop IPA is a reminder amid the haze craze that a fresh-as-hell West Coast version is still wonderful. But it also thrives in its more limited offerings — the award-winning Hop to Trot New England IPA is truly great; the brewery’s sour game is among the strongest in the Carolinas. — Jordan Lawrence

You can have your fancy equipment and rows upon rows of cardio machines — for my money, nothing beats the humble Drew Wellness Center. With a serviceable weight room, indoor track, excellent indoor basketball court, bountiful exercise classes and luxuriously housed indoor pool, this city-run gym also wins my heart by investing in community health and nutrition programming as well. — Kyle Petersen

It’s harder than you think to find an “old-fashioned” barber shop. I don’t need a theme park experience in a barber, I just want a haircut. Brown’s in Irmo fits that bill perfectly. It’s a diverse shop — their barbers are men and women, black and white — and everyone working there has plenty of experience. Plus, if you go at the right time you can catch Maury Povich on the TV while you’re getting a cut. —Chris Trainor