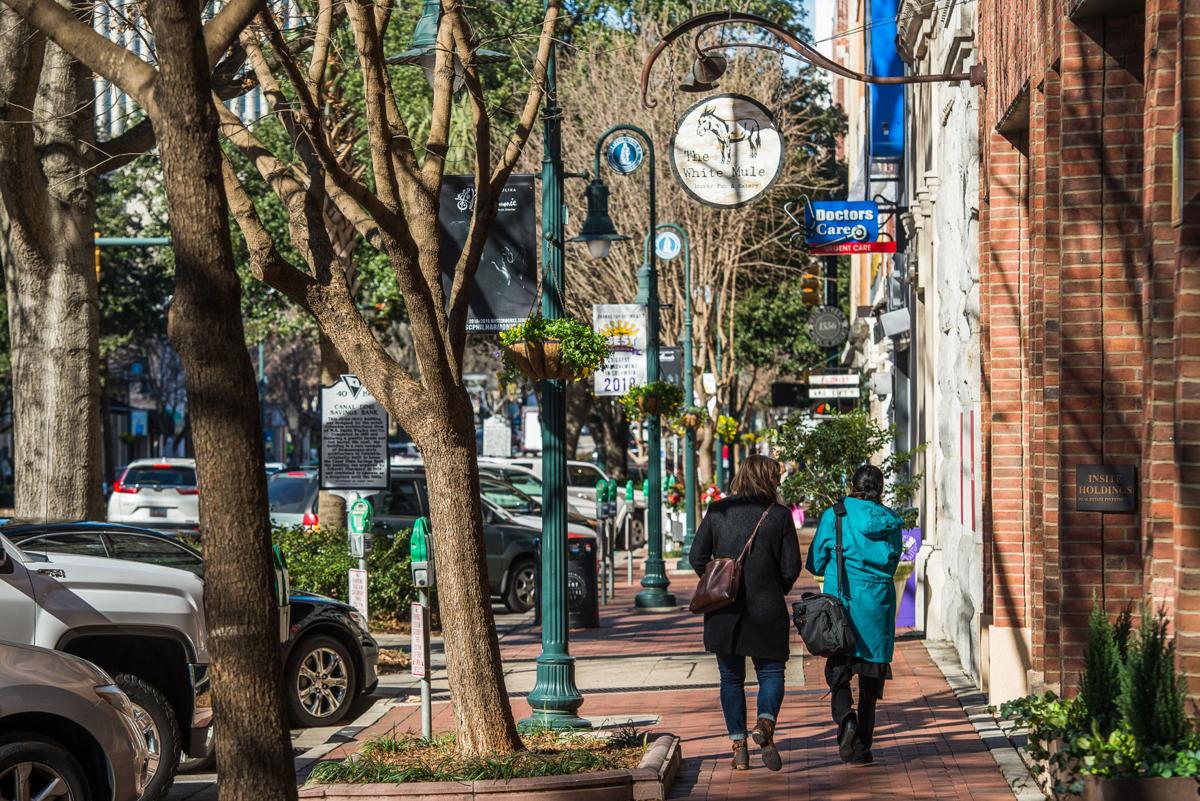 Main Street is voted Biggest Improvement in Columbia This Year and Best Use of Public Funds. 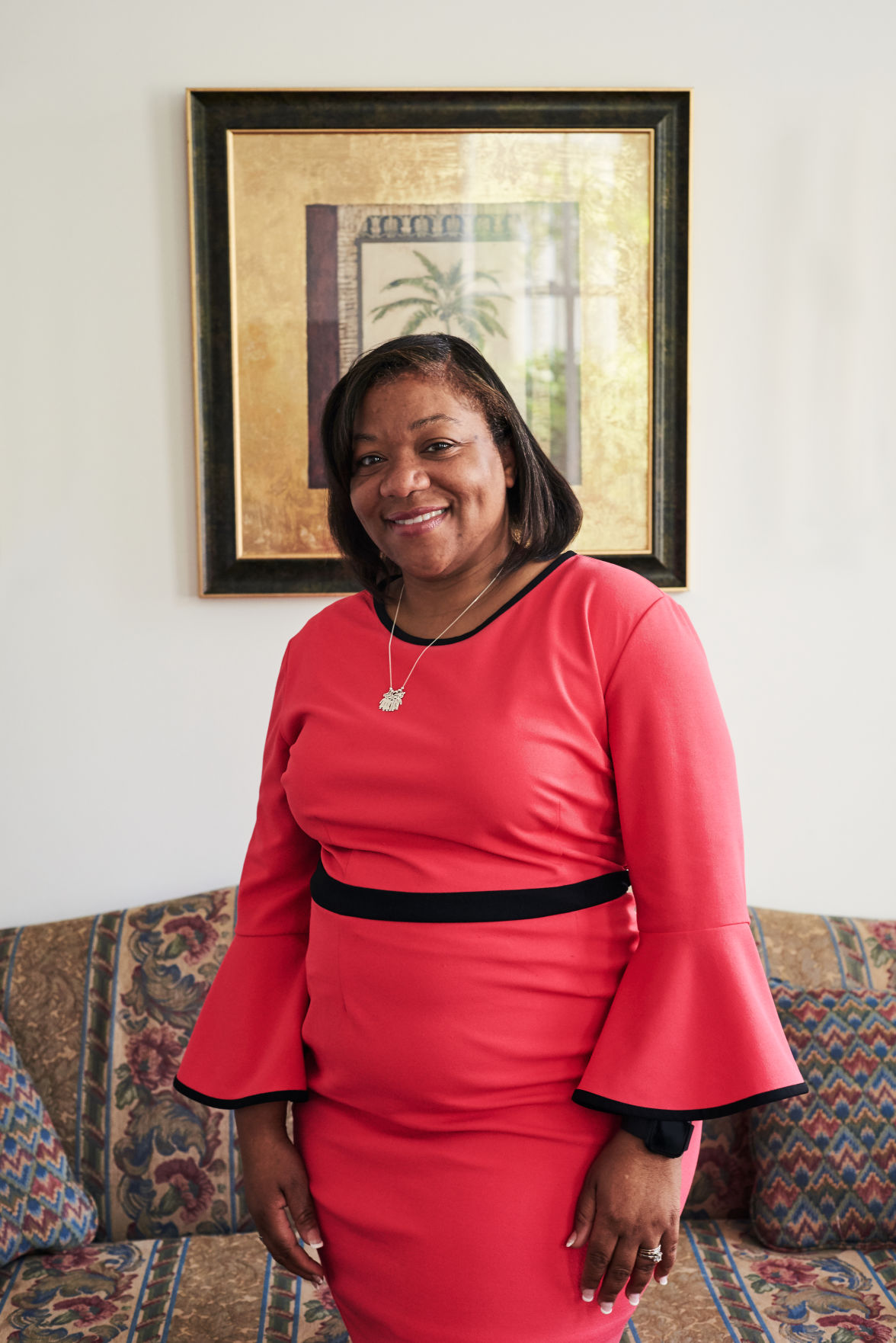 Biggest Improvement in Columbia This Year

Beautiful renovations made to the Columbia Museum of Art and its adjoining Boyd Plaza. The addition of the stylish new restaurant Hendrix and its poppin’ rooftop bar. The opening of the much-ballyhooed Halls Chophouse across from the State House. And now you can drink beer the last Saturday of the month at Soda City Market? Yeah, we guess the Main Street District has had a pretty good year. Honorable Mentions: Boyd Plaza renovation, Wayfinding Signage

Best Use of Public Funds

The city has invested heavily in Main Street in the last decade, and the district has seen transformative changes. Once an aging section of the city, Main is now a vibrant corridor that’s highlighted by shops, restaurants, bars, student housing, apartments, bakeries, coffee shops and more. The 1600 block is home to the mighty Nickelodeon Theatre and The Grand, a bowling alley/lounge. More and more, Main Street is the place to be. Honorable mention: Historic Columbia, road improvements

United States senators get paid $174,000 per year. In the case of Graham, that’s a lot of cash to tell President Donald Trump — who he once referred to as a “race-baiting, xenophobic bigot” — how great and powerful he is. Honorable mention: BullStreet, Richland Penny

Benjamin, Columbia’s third term mayor, has perhaps never been more popular in the Capital City. He’s fresh off a year as president of the U.S. Conference of Mayors, which thrust him — and Columbia — increasingly into the national spotlight. The city continues to see development downtown, there is stability in the police department (once considered unthinkable) and city property taxes haven’t gone up in a decade. Benjamin keeps his foot on the gas and his eye on the bottom line. Honorable mention: Beth Bernstein, Dick Harpootlian

Once considered a Republican lawmaker who would reach across the aisle in compromise — sometimes to his own detriment in the eyes of GOP supporters — Graham has now taken a hard right turn into Trumptown. The U.S. senator has cozied up to the bombastic president, often playing golf with Trump and championing his positions on national TV shows. Graham also raised eyebrows with his fiery tirade in support of Brett Kavanaugh during his Supreme Court nomination hearings. Honorable mentions: Dick Harpootlian, Steve Benjamin

Devine is a busy woman. She’s the second-longest tenured member of Columbia City Council, having first been elected to an at-large seat 17 years ago. Currently the mayor pro tem, she was the first African-American woman elected to City Council. Devine, an attorney, also has carved out a niche as a motivational speaker, life coach and author. She is thought of as one of Mayor Steve Benjamin’s closest allies on City Council. Honorable mention: Howard Duvall, Mark Pouliot

Maybe it’s anger over the Richland Transportation Penny initiative, which continues to be a hot mess. Or maybe it’s frustration that, four years after the Oct. 2015 flood, the breach in the Columbia Canal, the city’s primary water source, hasn’t been fixed. Either way, you guys really aren’t happy with the councils in the Midlands. Honorable mention: Barry Walker, Daniel Rickenmann

Kassy Alia Ray has turned tragedy into hope. She was the wife of Forest Acres Police officer Greg Alia, who was shot and killed in the line of duty in 2015. Now Kassy is the founder of Serve & Connect, a nonprofit that, among other things, works to promote partnerships between law enforcement and the community. One of the group’s initiatives, launched in 2018, is to empower youth in North Columbia. Honorable mention: Fabian Ludwig, Jennifer Hamre

State Sen. Dick Harpootlian, the former state Democratic Party chairman, has proven to be a one-man wrecking crew who can leverage his positions and media savvy to make things happen. He’s waged war on rowdy bars in Five Points, and gotten some of them shut down. An advocacy group he backed helped expose the corruption of former Fifth Circuit Solicitor Dan Johnson, now in federal prison. And his loud voice is proving to be a thorn in the side of lawmakers used to rubber-stamping bills through the State House without much public pushback. Honorable mention: Elaine Cooper, Fabian Ludwig

Pawmetto Lifeline was founded 20 years ago and has been helping animals in the community ever since. The nonprofit operates an impressive facility on Bower Parkway, where it offers a number of services, including a spay and neuter clinic, an adoption center, a wellness clinic, an auto-refill prescription program and more. Pawmetto Lifeline also offers daycare and boarding, and it works with organizations nationwide to place animals in new homes. Honorable mention: Congaree Riverkeeper, S.C. Coalition Against Domestic Violence and Sexual Assault

South Carolina is still, sadly, one of the worst states in the nation in regard to domestic violence. But Sistercare is here to help. The nonprofit provides services to and advocates for victims of domestic violence. It offers shelter and support services for domestic violence survivors in Richland, Lexington, Kershaw, Newberry and Fairfield counties. The organization’s shelters are confidential, and it operates a 24-hour crisis line for those who need help. Honorable mention: Be Kind Be Great, The Big Red Barn Retreat

The University of South Carolina remains a popular place to work. A picturesque campus in the middle of the Capital City, competitive salaries and state benefits are just a few of the things that attract workers to USC. The university also has been adding state-of-the-art facilities in recent years. It will be interesting to see if the school can remain as popular with employees following the exit of Harris Pastides, who was a well-liked president at USC for 11 years. Honorable mention: Endless Vitality Aesthetic Center, Palmetto Citizens Federal Credit Union

For more than a decade, City Roots has been excelling in urban, organic and sustainable farming. The farm particularly thrives in its microgreen and mushroom production. Located on Airport Boulevard in Rosewood, City Roots also has farm education programs for students, as well as farm tours that are geared toward adults. Honorable mention: Columbia Metropolitan Convention Center, Rosewood Market and Deli

Young owns Palmetto Commercial Services, a cleaning, painting and maintenance company. The company has a number of specialties, including commercial office cleaning, and serves customers across the Midlands. Nearly all of the company’s employees have 10 years or more in commercial cleaning experience. Palmetto Commercial Services cleans more than two million square feet of office space in the Midlands every week.  Honorable mention: Beach Loveland, Lori Ann Carter

For years, the Free Times office was on Main Street, smack-dab in the middle of the weekly Saturday street market that draws throngs of happy shoppers and eaters to downtown. And let us tell you, browsing the crafts and produce and grabbing a breakfast burrito or belgian waffle treat from one of the food trucks made those Saturdays we had to go into work a lot better. Honorable mentions: Koger Center for the Arts, Lake Murray