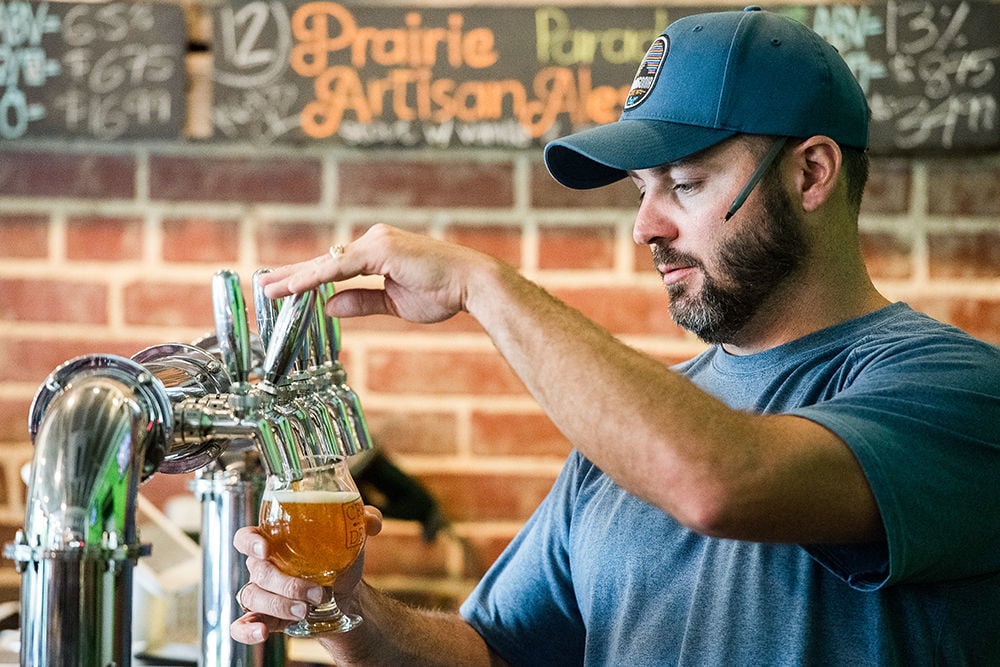 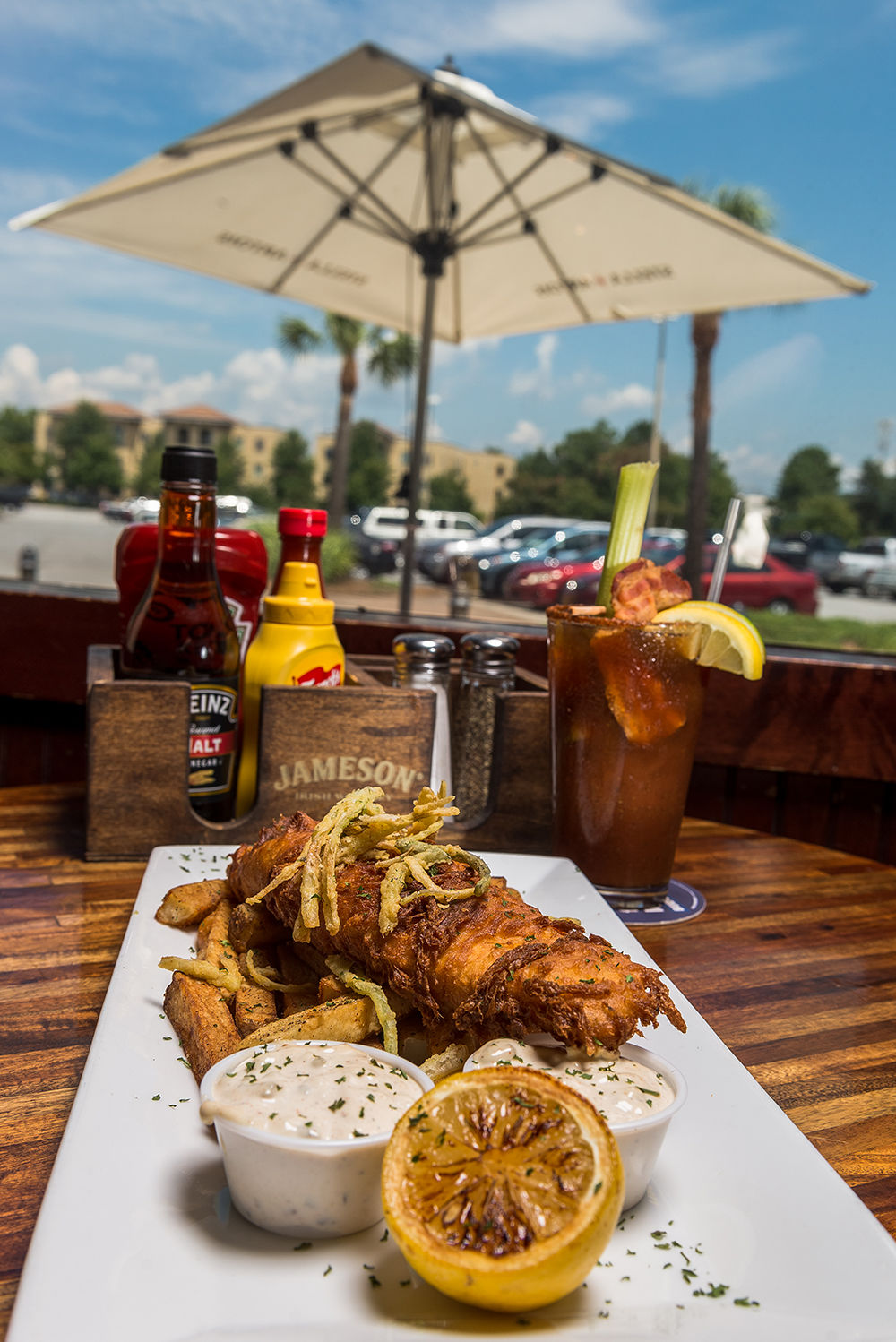 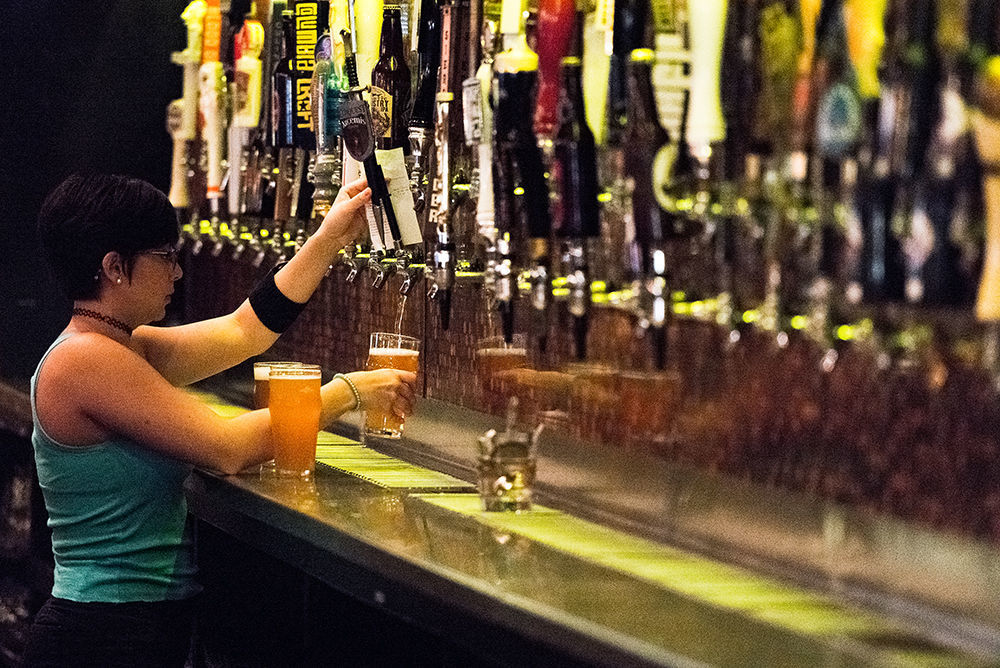 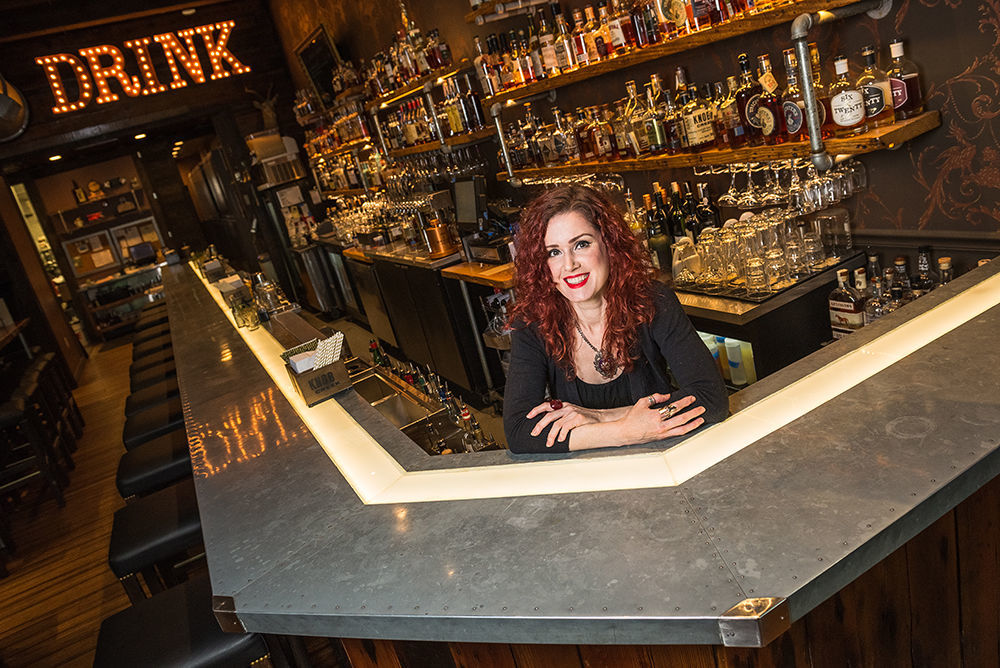 Runner-up: The Grand on Main

If you didn’t check it out this spring, make sure you make it out this fall. With a rooftop patio and plenty of other hangout space right by the Jim Hamilton-L.B. Owens Airport, Hunter-Gatherer’s new spot is one of the most enjoyable places in town to drink outside. Or you could go by now, sit inside the hangar, and enjoy the expanded beer selection (when available, the refreshing and crushable Zwickel Lager is a must) and truly yummy pizzas.

Runner-up: Will Green, The Whig

As executive bartender at Bourbon, Kat Hunter designs smart and delicious craft cocktails. She also ensures excellent bar service for all, managing to create a welcoming, convivial atmosphere while taking absolutely none of your s#!t.

Whether you’re an experienced beer drinker, looking to test the limits of your palate, or a novice, needing somebody to help you figure out exactly what you like, the fine folks at Craft and Draft do better than anybody in courteously guiding you on your way. They don’t even care if you end up choosing wine instead.

Best Place to Pick Up Girls

Here’s the secret to meeting women: A lot of them like drinks. Many of them like food. A significant number of women have been known to like music. So they’re pretty much the same as, you know, other humans. Tin Roof has drinks and food and music. Bingo.

Best Place to Pick Up Guys

You’re not an undergrad anymore; your dating prospects shouldn’t be, either. Jake’s still buzzes with the characteristic energy of Five Points, but its clientele skews older and more professional — and dog-loving, for you ladies with a passion for pooches.

It feels a little too dad/mom-splain-y for Free Times to lecture the kids in town about what makes for a good college bar. So we’ll just say that between the beautiful, spacious patio, reliably nice beer selection and above-average food, it’s one of few “college bars” in town we’d recommend to students and non-students alike.

When it comes to dancing, whether you’re talking about flossing or shagging, The Woody is the place to go.

Liberty on the Lake

The Irmo location of Liberty Taproom has the food and drink options you’ve come to expect — chicken and waffles, angus beef steaks, hearty sandwiches, plenty of cold beer, etc. But that’s just partly why you’d visit this location. The other reason? Those stunning, big water views of Lake Murray that you can take in from the restaurant’s robust deck.

Between its rock shows, dance nights, comedy nights and other events, Art Bar brings in a wide cross-section of different crowds — making it a great place to grab a drink and watch some of the city’s colorful characters.

The British Bulldog is not one of those sports bars that has hundreds of TVs stuffed into every possible nook and cranny. But what it does, it does really well: This is the best bar in the city for soccer fans, as evidenced by the passionate crowds that showed up during this year’s World Cup. To be sure, the pub shows other sports on its TVs. But the place comes alive during a big soccer match.

Jake’s remains an exceptionally popular spot in Five Points, with more than 30 craft beers on tap and an impressive farm-to-table food menu. But one of the most inviting aspects of Jake’s is its expansive back deck and greenspace, where it has a Yappy Hour — dogs are welcome — on Tuesdays and Thursdays.

It remains surprising that an authentic British pub, complete with delicious traditional fare, that doubles as one of the Midlands’ best craft beer spots, sits in a Harbison shopping center. It’s even more surprising that The British Bulldog has cultivated the warm community feel of a true neighborhood bar. Believe the hype. This pub is the real deal.

Located inside Lexington’s historic Old Mill on Main Street, this pub has become a favorite in the Midlands. With a host of beers brewed on-site, a deep roster of craft offerings from breweries across the state and region, and a loaded food menu, Old Mill Brewpub is a mainstay for Lexington residents and gives Columbians another reason to keep crossing the river.

Good local bars are hard to find in the Northeast, where chain grill-and-grogs have oversaturated the market. Polliwogs, which feels like a storied neighborhood haunt, is a diamond in the rough.

Beyond being one of the best spots in town to explore the wide frontiers of craft beer, Craft and Draft is also a welcoming and bustling community hangout spot. Even if you’re not a beer nerd, it’s a great place to pop by and relax for an hour or three.

Yes, New Brookland is a pillar of the live music scene in the Midlands. But it’s also a pretty cool place to have a drink, with friendly bartenders, comfy stools and a really weird pool table.

Long-running private bar The Capital Club is a treasure. Though it’s right on Gervais Street in the Vista, it feels tucked away, an excellent place for everything from low-key happy hour conversation to raucous late-night drag shows.

You don’t have to love margaritas to love Cantina 76’s happy hour; you can grab a Corona or some wine there for cheap after work. But the fact that house margaritas are half price is real darn cool.

Flying Saucer’s beer list is hundreds-deep and stocked with beers of every flavor — beers you’ve never heard of or have only heard about in legend. But for those still testing the waters of craft beer, it also offers a great selection of beers known and loved by all.

Craft and Draft might not have the most robust selection in town, but its quickly rotating and attentively curating taps offer the opportunity to try a wide and diverse array (including a few of their own special barrel-aging collaborations). And in their expansive coolers you’ll find at least a few examples of pretty much any style you’re after.

Columbia’s longest-running brewpub is still at the top, turning out both comfort food and near-fine dining specials alike, all of them made to pair with its classic English ales. If you’ve never been, you need to go.

Look, we haven’t run any rigorous scientific tests or data analysis or anything. All we know is that each and every beer we’ve ever had at The Whig has been nice and frosty.

There are several restaurants and bars in town with really solid, creative cocktail programs. What sets Bourbon apart is the depth of its house cocktail menu, and the perfect consistency with which each drink is executed. Whether you’re looking for a classic manhattan or something more challenging, it’s just a good place to have a drink.

You don’t cultivate a reputation for brunch like that of Café Strudel without serving up a good Bloody Mary. And whether you’re looking for something as over the top and indulgent as the Smoky Bacon variation or the classic served more traditionally, they’ll do you right.

Cantina 76, which has locations on Main Street and on Devine Street in the Capital City, has a host of tasty margaritas, available by the glass or by the pitcher. The Jalapeño — tequila, jalapeño peppers and fresh lime juice muddled with agave nectar — is a particular standout.

The first in-town distillery to open in Columbia’s modern era, Copper Horse became a favorite for its Copper Cream liqueur series, as well as its small-batch spirits, notably the flagship vodka.