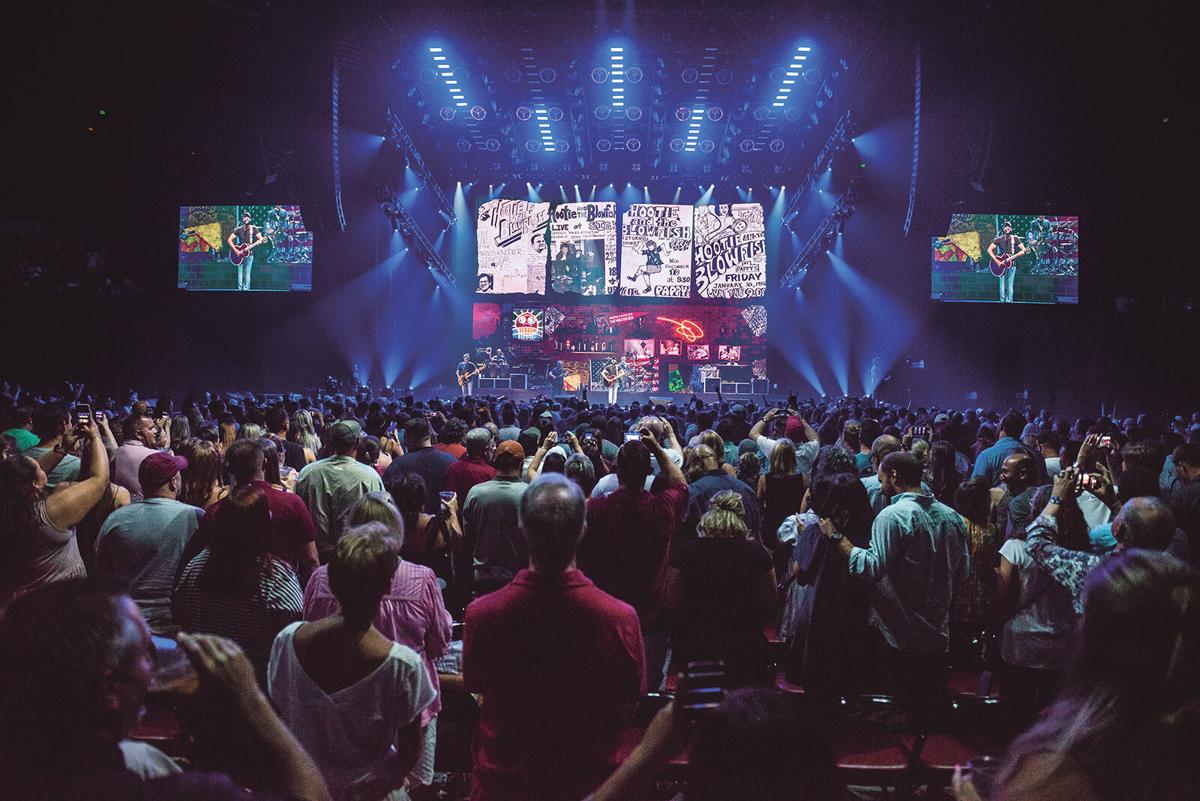 Hootie & the Blowfish at Colonial Life Arena is Best Concert. 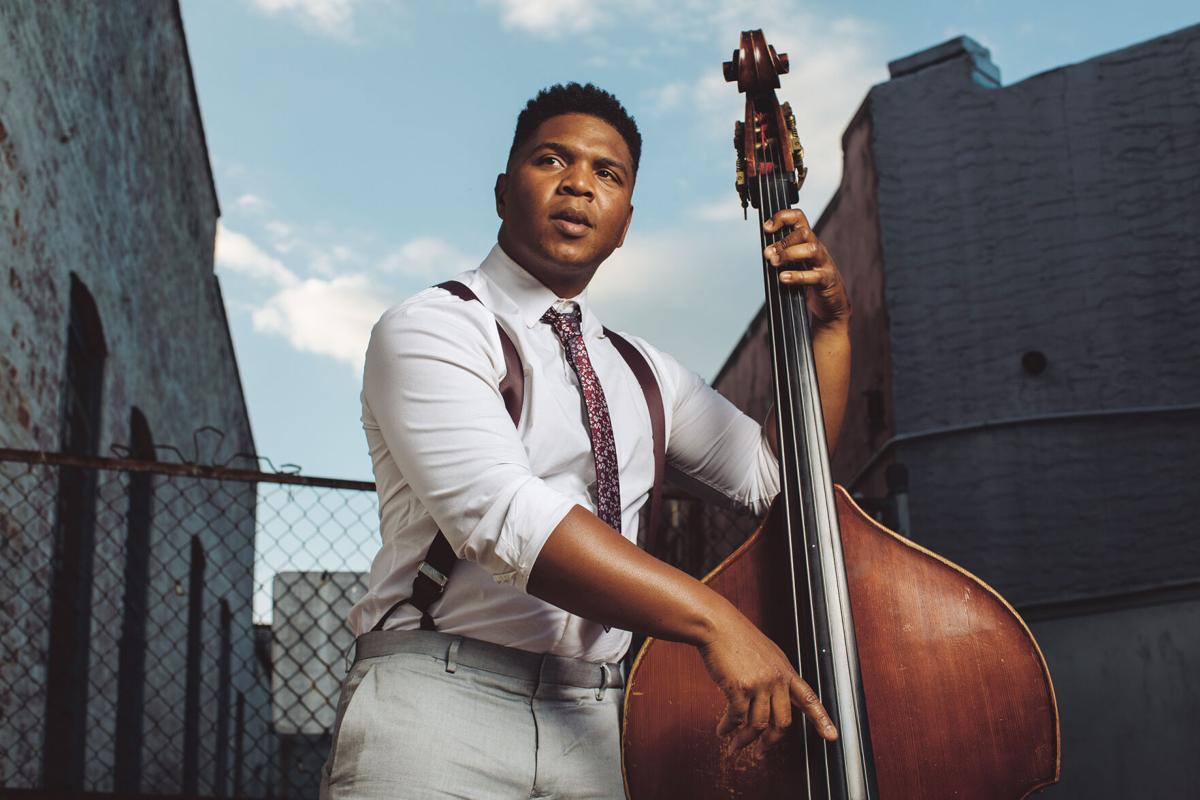 Different people have different reasons for going to the Greek Festival of Columbia. For me, it’s the indulgent plates of keftedes (meatballs), which I grab for at least one lunch during the annual event. But it’s the jubilant, inviting atmosphere at the Holy Trinity Greek Orthodox Cathedral that fuses all of the food, crafts, dancing and more into something essential.

While our city has many excellent places to see visual art, there is no denying that the Columbia Museum of Art has no real peers. Thanks to its dramatically re-designed permanent collection along with fabulous special exhibition programming, the CMA always offers a generous experience along with its chic, modern and thoughtful layout. That it offers such a dizzying array of educational and enrichment activities alongside special performances and shows in its theater space is just (artfully designed) icing on the cake.

Over the stage at the Vista outpost of this Nashville-based chain is a sign. It proclaims that the Tin Roof is a “live music joint.” And so it is, mingling cover bands and DJs with more occasional forays into originals from local bands and up-and-coming country acts. As its victory here would suggest, the shows draw enthusiastic crowds.

Yes, people still buy CDs. Quite a few people actually. And when you’re on the hunt for music in Columbia, Papa Jazz Record Shoppe on Greene Street in Five Points has been a go-to destination for decades. With an attentive staff and a wide variety of genres stuffed into a cozy, funky store, this Five Points institution likely has what you’re looking for.

It was a hell of a homecoming. Hootie & the Blowfish — the band that rocketed out of Five Points to Grammy-winning, platinum-selling success in the 1990s — had not played a ticketed show in Columbia in 18 years before it played a three-night stand at Colonial Life Arena in September 2019. Over the course of the sold-out shows, the band leaned into the nostalgia of its earlier works, peppered in some new tracks and showed they could still move the crowd in the Capital City.

Its Dracula and Nutcracker ballets are among the city’s more cherished annual events. Its consistent churn of original programming — from Beatles the Ballet to one celebrating the work of South Carolina visual artist Jonathan Green — keeps things fresh and exciting. Columbia City Ballet is the real deal, and we’re lucky to have them.

“The Columbia Ballet School is committed to helping students develop technical skills, artistry, discipline, self-confidence, and respect for themselves and others,” reads the website for this year’s winner. Under the leadership of founder and artistic director Anita Ashley, that commitment appears to be paying off.

There’s a reason Kevin Snow keeps winning this award — he prizes the professionalism and polish of his craft as much as he does the dizzying party heights of his DJ sets. Primarily geared towards weddings, it’s not unusual to see Snow behind the booth for all manner of corporate, community or late-night events as the consummate, do-it-all modern jockey that he is.

If you’ve ever been to Linda Carr’s karaoke nights at Art Bar or elsewhere, you already know that she has a particular way of getting excited, uninhibited performances from the singers who take the mic. If you haven’t been to one yet, you should go see for yourself.

When you think of long-running local act Tokyo Joe, the word “versatile” likely comes to mind. While the group does have its own alt-rock catalogue, it is perhaps most known for its long, genre-spanning cover sets, and its frequent Rocketman charity tributes to Elton John. And, in non-coronavirus times, the band seems to work constantly. Tokyo Joe is truly a mainstay on the Midlands music scene.

If the best comedy comes from honesty, it’s no wonder that Jenn Snyder took the Best Comedian prize. It’s hard not to like someone who’ll tell you she got into comedy because it helped her get out of schoolwork and that she stayed in it because she sucks at everything else. That honesty and a constant stream of new material make her a natural stand-up.

Trustus’ own sketch comedy crew has become not just a fixture at the Vista theater, but around town at all sorts of different events. They even mustered their own original play, A Christmas Miracle at the Richland Fashion Mall, a couple seasons ago.

Bickel is Columbia’s maverick of exploitation cinema. The director of a number of shorts through the years, he is perhaps most known for helming the 2017 full-length indie masterpiece The Theta Girl, which dailygrindhouse.com called “a remarkably inventive, psychedelically captivating, micro-budget mind-banger.” Film fans in the Capital City are anxious to see what the director comes up with next.

This is the second year in a row that internet upstart Sky Martin has stormed his way to a win in this category, stoking buzz with the kind of Auto-Tune-drenched glimpses of late-night emotional moments that have become so omnipresent in the Soundcloud era. He knows what the people want, and he’s become increasingly proficient at giving it to them.

Sullivan — frontman of the Reggie Sullivan Band — is an interesting choice for this particular category. While he certainly can and does play jazz and blues, he also embraces the influences of a number of other genres, making him and his band one of the most sought-after live experiences in the Midlands and across the state.

As the Capital City, Columbia has its share of museums, but the Columbia Museum of Art stands out for its consistently world-class approach. From the permanent collection to the special exhibits, the museum always balances sophistication and accessibility, something which carries through to their extraordinary range of programming, from Chamber Music on Main and Arts & Draughts to their extensive lecture series and literary partnerships.

Mark Rapp certainly has his own distinct individual talents — capable of wringing a wide array of energies and emotions from a trumpet, and building lush soundscapes with a didgeridoo — but he’s also a leader within the local jazz scene, particularly through his ColaJazz group, which musters an annual festival, a summer camp and other efforts aimed at bringing more attention and interest to the local jazz community.

Trustus Theatre swings for the fences. It did it in its COVID-shortened 35th anniversary season, rearranging its main theater space into a round configuration, putting the audience’s focus squarely on the acting work of its talented local casts. And it’s this spirit — the one that pushes this modest theater company to try ideas both surprisingly grand and bravely intimate — that sets it apart.

Second Place: The Boys in the Band at Workshop Theatre

Free Times theater critic August Krickel closed his review of this year’s winning production thusly: “[Tennessee] Williams represents American drama at its best — tinged with the eloquence of poetry — and Streetcar represents Williams at the very height of his skills as an artist. By embracing the raw emotions at the core of the script and allowing them to play out with realism, however ugly and discomforting, [Trustus has] scored an artistic triumph.” Enough said.

Honorable Mentions: Carousel by Opera at USC, Confessions of a Good Man by WOW Productions

In the midst of this year’s Best Of Columbia polling process, allegations of systemic racism were lobbed at the Columbia Film Society, which oversees the state’s only independent arthouse theater, triggering an internal review along with the resignation of the leader of Indie Grits, the associated media education group that organizes the theater’s annual film festival. It remains to be seen how the Film Society’s response will impact public perception of the Nick, a beloved fixture where indie film lovers and casual viewers frequently flock.

While St. Pat’s in Five Points is one of Columbia’s most cherished events almost independent of the music itself, there’s no denying that it consistently pulls down a great mix of national, regional and local talent while casting a net widely across country, rock, hip-hop, punk and indie music. That Five Points itself is so perfectly designed for a festival experience (as long as the crowd size stays manageable) and that spring tends to be our city’s best season also works in the event’s favor.

Post Malone, Jason Aldean, Alan Jackson, Ariana Grande, Five Finger Death Punch, Miranda Lambert, A$AP Ferg, Carrie Underwood, Trey Songz, Hootie & the Blowfish — all of these artists performed at Colonial Life Arena in the last year, and that’s with the venue being closed due to COVID-19 for pretty much all spring and summer. If seeing big acts in a big environment is your thing, our hometown arena has become quite the destination.

Sure, you can go to a big box shop like Guitar World if you want, but Jerry and Debbie Sims have been providing locals with reliable instruments and music lessons since the 1970s. Plus, it is not like you’re missing out — they have an incredible selection, an expert staff to walk you through it, and a trusty repair shop to keep your purchases in working order.

Best Place to Celebrate a Birthday — The Grand on Main

Sure, you could celebrate your birthday at a bar. Or you could have a party at a casual dining restaurant. Or you could have a shindig at a bowling alley. Why not do all three in one stop? The Grand on Main — one of a number of properties owned by the Middleton family on the 1600 block of Main Street — has become a popular spot for those looking for somewhere to hang out to celebrate special occasions, including birthdays.

Papa Jazz is a crate-digger’s paradise, its old-school Five Points digs filled to bursting with myriad records covering many genres. There’s plenty of new titles to be found, and the store does a great job keeping up with fresh releases that you need to know about. But it’s also one of the best places around for digging through used records to find that elusive score.

For more than 30 years, the Jam Room has stood as not just Columbia’s most reliable recording studio, but one of the best in the Southeast. Its heavy music bonafides are known far and wide — having produced records from the anthemic metal heroes in Baroness and local punk legends In/Humanity and Stretch Arm Strong, among many others — but it’s become a favorite destination for indie rockers, folk and country purveyors, and hip-hop and pop artists alike.

His work certainly catches the eye. For decades, Blue Sky has been creating art that piques the curiosity of locals and visitors alike. Some of his more notable works include NEVERBUST, a large chain sculpture between two buildings on Main Street; and Busted Plug, a giant fire hydrant that sits prominently along Taylor Street. Blue Sky is steadfastly linked to the concept of public art in Columbia.

The road to this year’s Best Of Columbia was different than any year before.