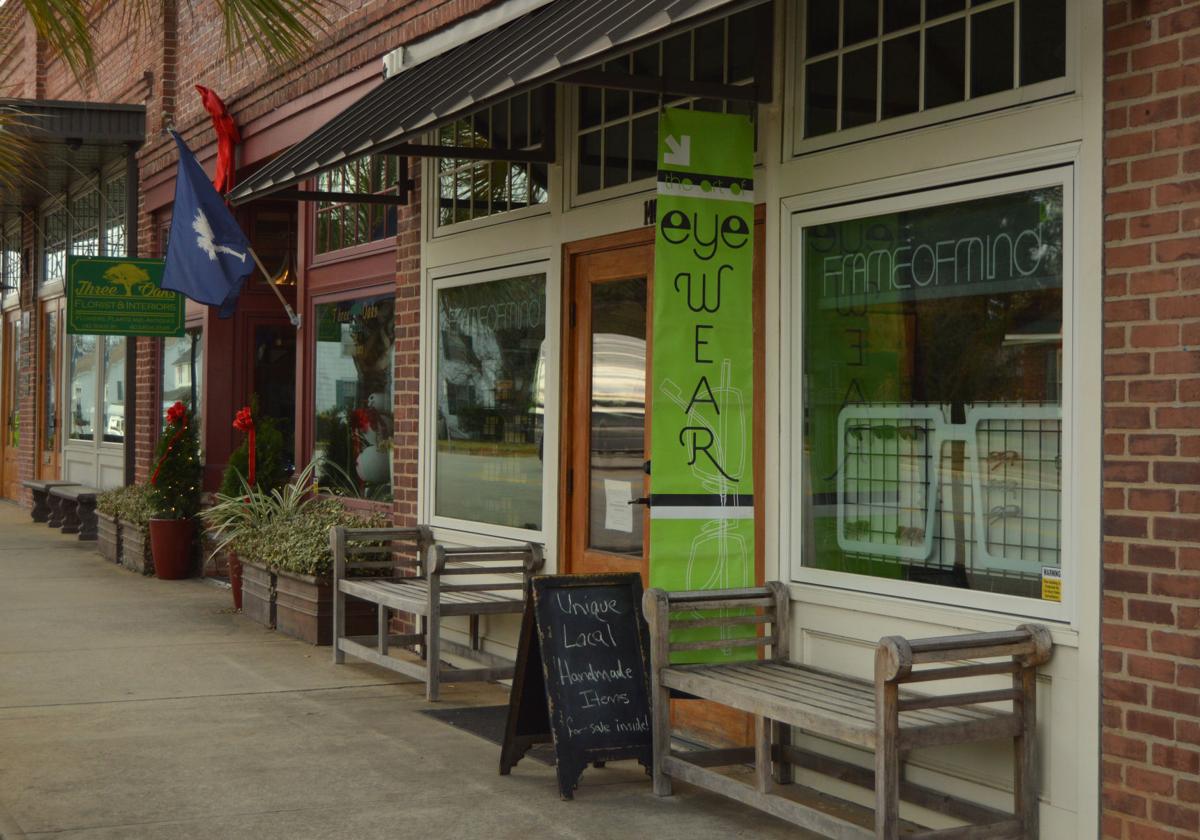 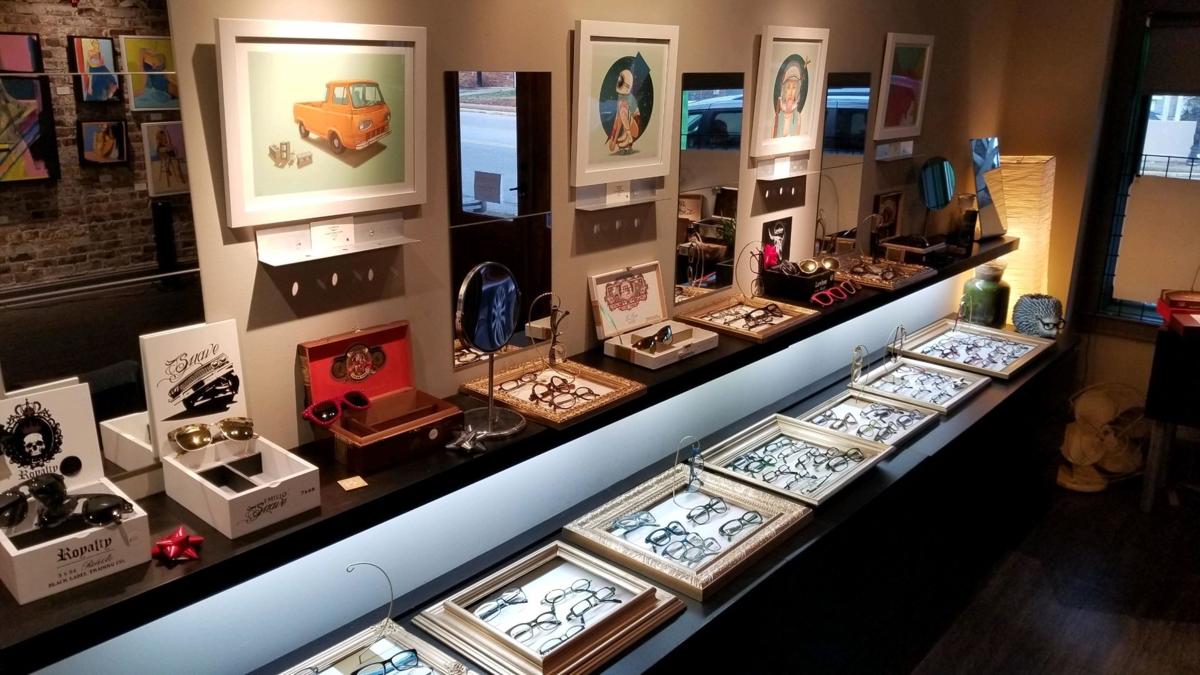 An essential presence on the local arts scene since 2007, the gallery and eyewear boutique Frame of Mind will close in mid-January.

Owner Mark Plessinger first operated the business on Columbia’s Main Street, where he founded the popular monthly art crawl First Thursday on Main. When the building he rented space in was put on the market in 2014, Plessinger moved Frame of Mind to West Columbia’s increasingly bustling State Street, where he used the new location’s roomier event space to host happenings that ranged from expanded gallery openings to installments in his Shamelessly Hot alternative burlesque/vaudeville performance series.

Plessinger continued efforts to push the Midlands arts scene forward on the other side of the river. Frame of Mind hosted frequent Collectively Supported Arts events, wherein attendees pay to take home a piece of a work the featured artist completes in front of them, and the owner helped kickstart neighborhood events such as the frequent First Friday on State art crawls and the annual Kinetic Derby Day and Art on State events.

“This is both a simple and complex issue,” Plessinger says of his decision to close. “The short answer: It's time. Twelve years is a long time to be in a retail setting, things change and opportunities present themselves.

“The long answer: Life moves on. Twelve years of both Main and State streets has shown me a lot of life. I’ve been through a tremendous amount, both professionally and personally. I have had some great triumphs and I have experienced some extraordinary pain. Through this I have learned more about myself and our community than we have time to go into here. But suffice it to say it is time to push forward with my other ventures.”

Those efforts include organizing events through Plessinger Productions (aka P Squared) and the frames he releases through the brand The Cult of Eyewear.

Beyond Plessinger’s programmatic presence on State Street, Frame of Mind’s departure means there will be one less room for local artists to display and perform.

“Certainly, when outlets like Frame of Mind close, the most immediate loss is the physical space for artists to display and sell work,” offers Lee Snelgrove, executive director of the City of Columbia-backed arts-boosting nonprofit One Columbia for Arts and Culture. “He was a unique business that provided the wall space and really helped to promote the work of the artists that displayed work in a mutually beneficial way. We've lost several gallery spaces in the Columbia area recently, and that has an impact on the way artists can get their work out there for people to purchase.

“And there's the loss of awareness about the number and breadth of artists that are creating work in the Midlands when there are less places for people to encounter their art.”

Indeed, providing an opportunity for artists was a top priority for Plessinger.

“I am one of many that makes up our truly wonderful arts community,” he says. “I am very passionate about humans being who they are and sharing their gifts with their city and community. I find art in everything that humans do, from painting and drawing to cooking and design of the simplest of objects. As such, I have worked very hard to give artists as much opportunity and support as I could. We have hosted over 100 opening receptions/arts exhibits with well over 100 artists as well as producing countless numbers of performing arts events.”

Anna Huffman, the City of West Columbia’s communications and technology director, emphasizes Frame of Mind's impact on State Street — and West Columbia's commitment to the future of the area’s arts scene.

“Mark Plessinger is an active part of the energy in the West Columbia community,” Huffman says. “Mark helped bring awareness to the arts community [and] that West Columbia embraces the arts and provides opportunities for artists.

Columbia's Sneaky Pete's is closed, up for sale

“Frame of Mind will certainly be missed. Right now, State Street is in a growth and transition period, and many new businesses, in the same block as Frame of Mind, are preparing their spaces to open. New developments and the city’s investment in public spaces are revitalizing the River District.”

“The ideas and events that he has helped create for the State Street area will be a part of our community for years to come,” Skipper tells Free Times. For other business owners to see a successful business on Main Street in Columbia choose to move to WECO's State Street sends a clear message.”

Plessinger will remain active in eyewear, shifting his brand toward mobile sales.

“Even though Frame of Mind will be gone, I can’t leave the industry that I have been in for 23 years,” he says. “So, we are pivoting to a part of the eyewear market that is being underserved.”

And Plessinger reports that he will maintain a presence in many of the efforts his business helped nurture. He plans to stay directly involved with Art on State, Kinetic Derby Day and the annual Fall Back Fest, and to continue promoting the First Friday art crawls.

“My time with Frame of Mind has shown me that there are opportunities to push art in ways that most are not doing,” he concludes. “Art has a value that is intrinsic to a rebuilding community but is often overlooked once the rebuilding has gained steam, and the artists are left on the outside. P Squared looks to address this directly by working with communities and governments to partner with artists as valuable members of a commercial system.”