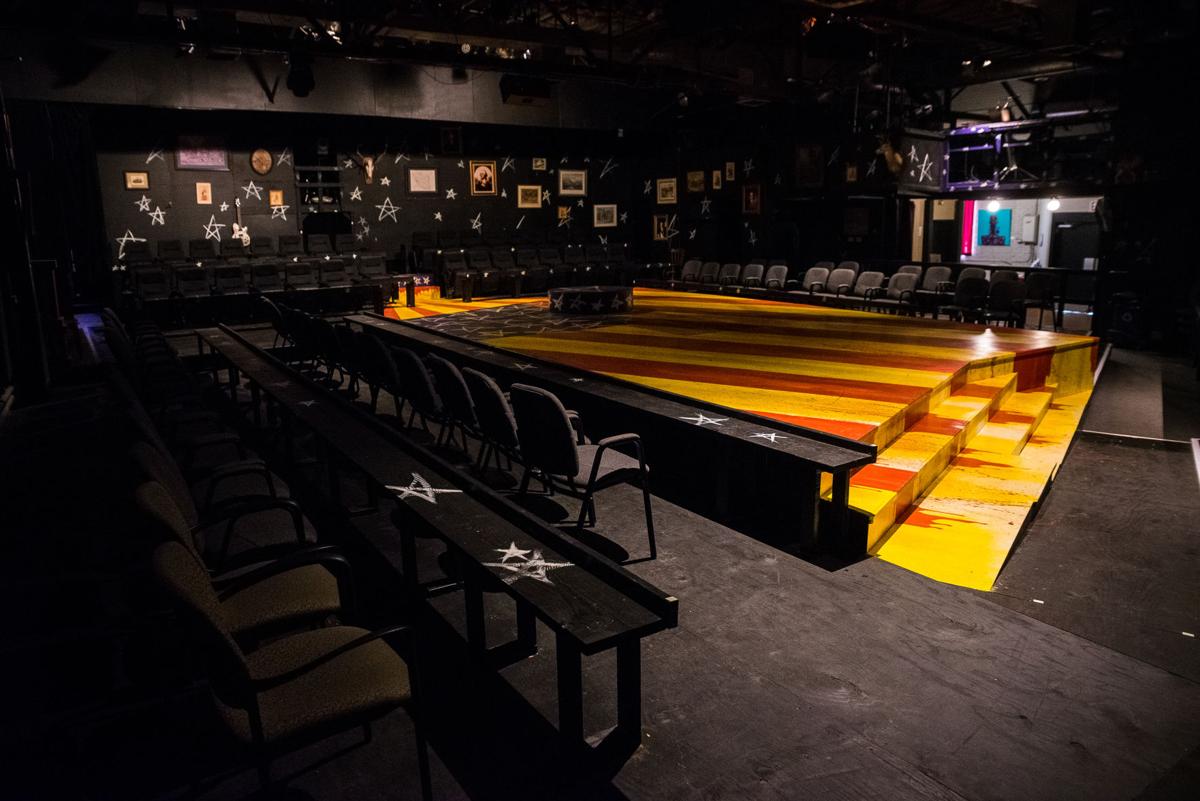 Trustus Theatre will welcome back guests this weekend. 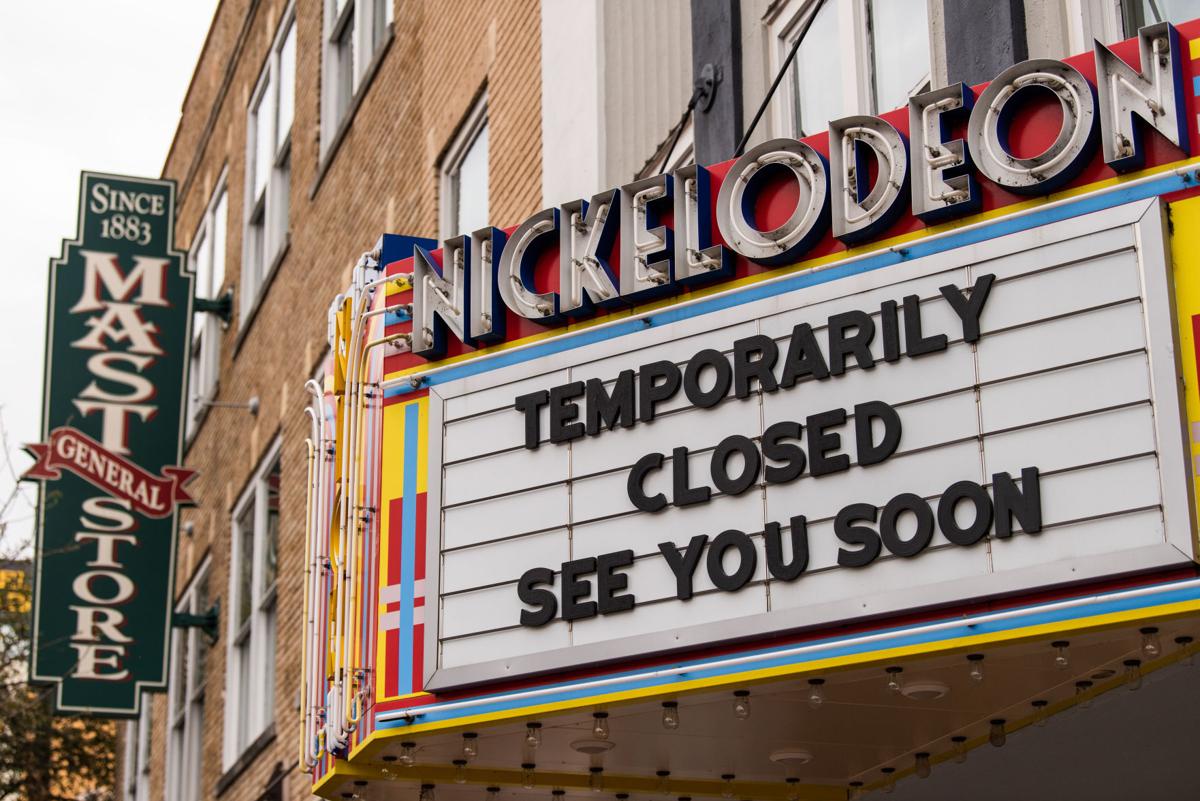 The Nickelodeon Theatre will reopen this weekend.

Two institutional arts venues will reopen this weekend, and both have one big thing in common: They make money off people paying to see things.

At the Nickelodeon Theatre — Columbia’s lone arthouse cinema, which reopens this weekend to show a series of holiday-related films — tickets and concessions make up 50 percent of its income.

At Trustus Theatre — home of the city’s longest-running professional theater company, and the newly reopened host for six nights of Jingle Bell Jazz concerts starting on Dec. 10 — ticketing comprises 75 percent of the money it brings in.

So it’s no surprise that when the leaders of these two organizations discussed their plans for inviting audiences back into their rooms for the first time since closing due to COVID-19 this March, the strain of lost income was a common theme.

“The virtual screenings have done very little as far as revenue,” said Anita Floyd, executive director of the Columbia Film Society, which oversees the Nick as well as the media education group Indie Grits Labs, referring to films the theater has offered paid access to on its website.

“It’s been the community that’s kept us open this long,” declared Chad Henderson, Trustus’ producing artistic director, explaining how donations and other support from those who don’t want to see the theater close have floated it through 2020. “I’ve been lucky in that our staff only had one month they were furloughed during this time period. But it’s just getting a little hard to keep asking people over and over again to keep giving.”

Both leaders emphasized that safety is the top priority as they approach putting patrons back into their seats. Trustus has installed a new air ionization system that its website touts can accomplish a “99.4% reduction of the surface strain (of COVID-19) within 30 minutes.” Both theaters will require that masks be worn at all times when not actively eating or drinking, put distance between attendees and performers, and check temperatures at the door. For a full look at each room’s guidelines, visit trustus.org and nickelodeon.org.

Both Henderson and Floyd were also clear that it is simply time to bring the visibility and cash that comes with being open back to their organizations.

For the Film Society leader, making the Nick an active part of people’s lives again is the biggest reason to reopen.

“Part of what we would be able to do is just to be more in touch with our members,” she said of the organization’s outlook. “Some of the goal is also to just get people re-upping their memberships and just kind of getting in front of people again.”

Operating the theater at 25 percent capacity, as it will upon reopening, isn’t a sustainable business model, Floyd explained, but re-engaging with patrons in the way they expect is the best way to get them thinking about engaging with the Nick in other ways.

At 50 percent capacity, Trustus’ main stage will only hold 65 people, about as much as its smaller Side Door space. But doing something to remind audiences they’re here is crucial, Henderson explained. Bringing people into the theater is the best way to sell memberships and advertise future events.

“It’s just been so long, so it’s kind of make or break for us right now,” he said. “And this is what’s making us feel like we need to move forward.”

Henderson said Trustus has had success applying for grants and other emergency funds, getting approved on all but two of the applications it submitted, but the money just isn’t enough to keep things going now that the pandemic has stretched on so long.

“When you receive a grant that barely covers one payroll, that’s just what it amounts to,” he offered. “It puts a Band-Aid on the leak, but it doesn’t fix the boat.”

Floyd’s outlook was a little sunnier, but she was frank in detailing that the theater can’t maintain indefinitely with how things are going.

Columbia restaurants call out for help through social media

“We’re down to three full-time staff here,” she said. “So it’s really quite the core group operating all of the things that have to get done. We’re just bringing on a few full-time people to help us with these weekend screenings. So we’ve done our part on that end of trying to make sure that we’re very conservative there, too. But we’ve also been aggressive in pursuing grants. Any operating funds that are out there, we’ve pursued. The board has been willing to pursue some other resources. We’re doing OK right now. We think that we will make it.”

Both Trustus and the Nick are coming back now to take advantage of successful holiday mainstays. Trumpeter and band leader Mark Rapp’s Jingle Bell Jazz concerts have sold out multiple seatings in the recent years, and the Nick’s Holly Jolly Hollywood series has long been a reliable attraction.

“We recognized that the holidays offered us some popular options for our members,” Floyd offered. “The tickets have already started selling.”

For the Nick, extending that energy into the new year will mean finding first-run films to show, a possibility that the executive director said is looking more and more likely.

“We have some stuff that we can bring in,” she said. “And we’ve been in conversation with our booker, and it seems like some of the studios are loosening up a little bit. I don’t know what the terms are going to be. But we were all assuming that until both of the coasts were open that nothing would come our way. But now it looks like they’re experimenting with these hybrid (online and theatrical) releases.”

For Trustus, the next step is tricky. Assembling a cast, building sets and holding rehearsals bring their own COVID-19 complications outside of protecting performers and audiences during a production. Henderson is currently looking at trying out an interview-based series from local rapper and writer (and frequent Free Times contributor) Preach Jacobs, and a two-person musical that he can’t disclose as he hasn’t secured the license yet. Trustus is also looking at filming future productions that are performed in front of an audience for accompanying virtual presentations.

“Sometimes we veer away from some of these smaller things just because of the attractive nature of larger scale productions,” Henderson said. “We’re kind of getting a chance to revisit some of these things we’ve talked about but never actually programmed.”

At the same time, Trustus is all too familiar with the coronavirus’ potential to wreck plans.

Last month, it saw an outdoor concert and fundraiser canceled after members of one of the bands, who had recently spent time with some of the other performers, tested positive the day of the event. The experience informed Trustus’ approach for Jingle Bell Jazz, as all of the musicians are getting tested beforehand.

“That inconvenience to me, it’s unfortunate, but it doesn’t carry the same weight as what else could happen,” Henderson said of potentially seeing another event canceled or postponed. “To have a major spreader event or an exposure issue.”

The Nickelodeon’s reopening comes with an added uncomfortable wrinkle. This weekend will be the first time that the theater has shown films since the Columbia Film Society was hit with accusations of institutional racism from former employees. This summer, two Black staffers who were let go during COVID-19 layoffs posted a public letter cataloging their issues with that process as well as what they felt were previous instances of prejudice and problematic behaviors. Seth Gadsden, the director of Indie Grits Labs, resigned as a result.

“The scrutiny is continuous, if you want to use that word,” Floyd responded when asked how she felt about reopening in the wake of the controversy. “The board is committed to being open and clear with the community about what we’re doing.”

“We’re looking to be accountable anyway,” she added. “It’s not like this is going to be another new step for us.”

Though the Nick and Trustus are taking exhaustive precautions against spreading the coronavirus, the consensus among experts remains that outdoor gatherings are preferable to indoor ones.

“In an outdoor area, if the coronavirus was emitted into the area, there’s breezes that come by and circulating air that would make it less likely for it to infect an individual in that area compared to the same type of exposure that’s in indoor air, where they stay in circulation longer and enhance the likelihood of infecting an individual,” Dr. Anthony Alberg, the epidemiology and biostatistics chair at the University of South Carolina’s Arnold School of Public Health, told Free Times in September.