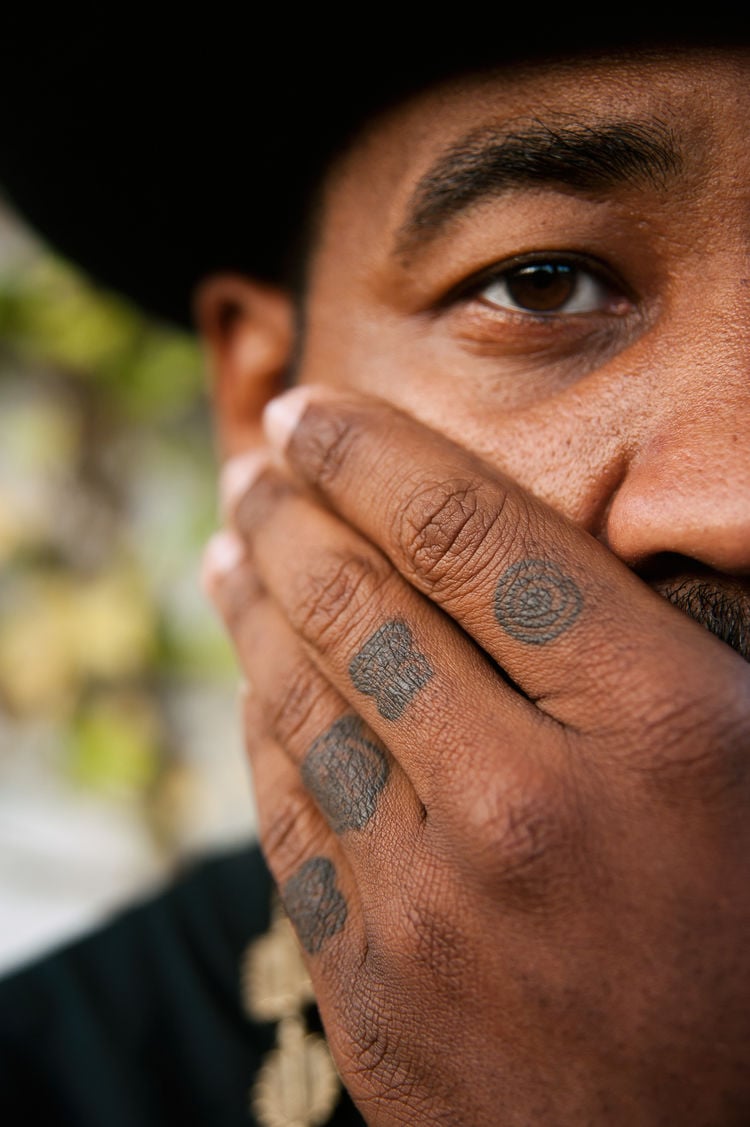 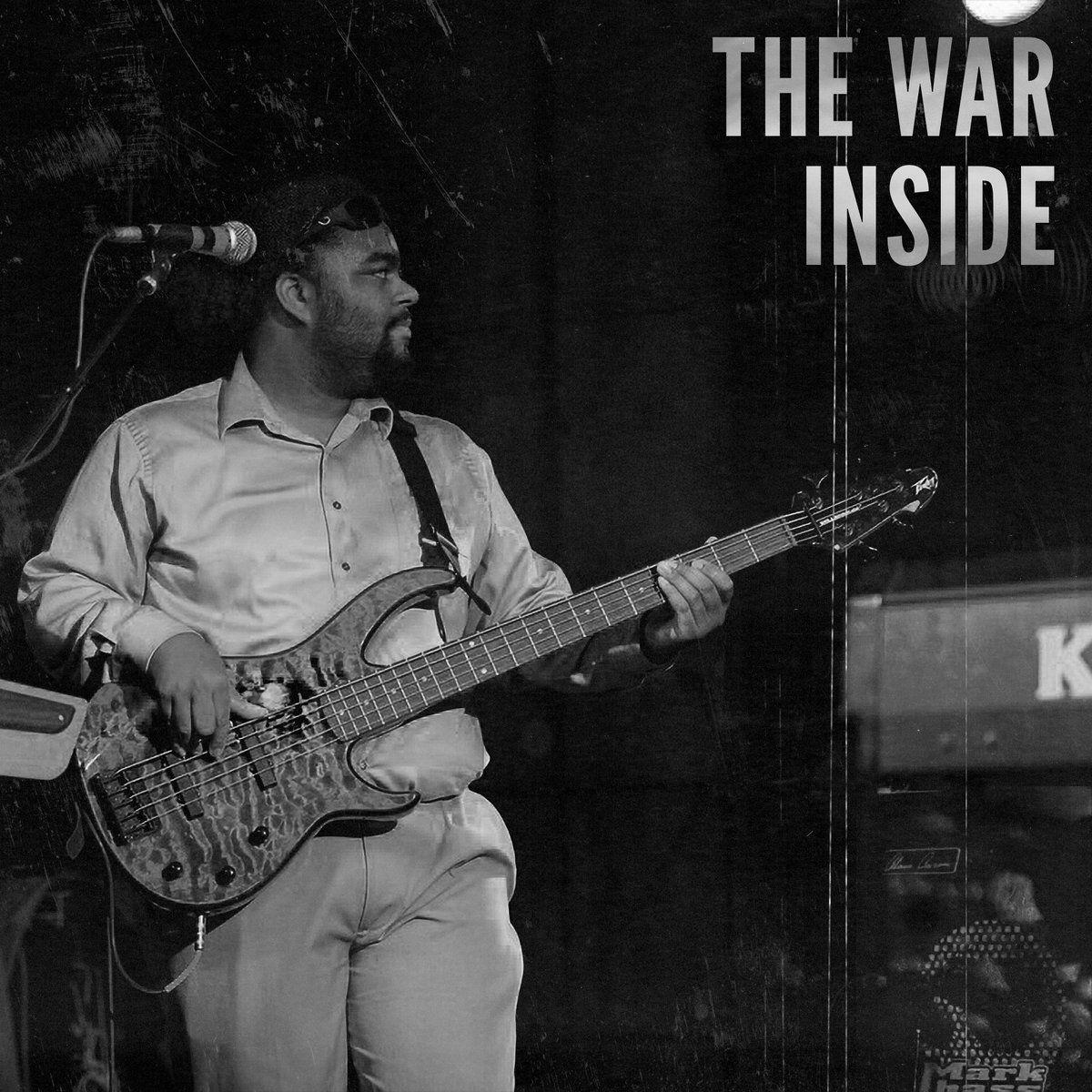 The cover to Moses Andrews III’s “The War Inside”

Within days of the world seeing video of George Floyd being killed during a brutal altercation with police officers in Minneapolis, Minn., Columbia artists began responding to a moment that would only become clearer in the days ahead. A song here, an image there. Many are older works presented with new context, but all suggest that the surge of protests was also pushing a surge of artistic endeavors.

For some, like mixed media visual artist Cedric Umoja, the energy rippling across the country only intensified his current efforts.

“The work I’m doing now has been turned up just a little bit,” he says. “I feel like I need to make sure that it’s clear that it’s not like on the fence — I don’t want people struggling to figure out, ‘Is he saying this, or is he not saying this?’ Because I think as an artist, we learn how to navigate these things.”

He points to We Bleed Too! to illustrate his ongoing approach. He did the show back in 2016, directly confronting issues of oppression and systemic racism with his signature style that blends neo-expressionism, Afrofuturism and street graffiti into illuminating bits of cross-pollination,

“I had someone come up to me at that show and call me an angry black man,” he recalls. “And I don’t really see where I was being angry or anything else. I’m just speaking about my experience and the experience of others, it’s not anything that I’ve made up. It’s just the truth, that we’re dealing with an issue that we were born into, and we have to navigate that.”

For multi-instrumentalist and songwriter Moses Andrews III, who plays in a variety of bands ranging from the nerd-rap outfit Autocorrect to the sprawling, concept-heavy folk-rock of The Restoration while also making his own eclectic brand of soul music as a solo artist, the moment inspired him to drop a song he wrote in 2017, “The War Inside.”

The tune, a gospel-tinged neo-soul plea for tolerance and understanding paired with the bitter exploration of the long history of black oppression in America, features Andrews delivering rapped verses with a chanted “U.S.A.” refrain, culminating in a surprising, nearly acapella take on “My Country ‘Tis of Thee.”

“Being a worship leader in a white evangelical church, sometimes you have these moments where you think you’re going to lose your job if you say something,” he admits. “But at that point, I was like, ‘I don’t care, you know?’ People need to hear this message, and hearts need to be changed.”

Andrews says he included the traditional patriotic tune, penned in 1831 to the melody of “God Save the Queen,” because it was the first song he remembered learning in school, but also because of the song’s lineage, with multiple versions adapted to different contexts over the course of the 19th century.

“There was a version written after emancipation, with six verses that were written in response to slavery being abolished,” he explains. “I wanted to connect [the song] to our ancestors, and the feeling that a lot of things haven’t changed since then.”

With protests sparking debate, could Tillman's statue come down at SC Statehouse?

For theatrical artists, the coronavirus means many things are largely on hold, but Darion McCloud, an actor, storyteller and creative director with NiA Theatre Company, says he and his collaborators are still finding inspiration in the recent protests.

“We started doing this type of work on social justice from the start, during the Clinton administration, so this wasn’t necessarily a great awakening for us as a group, artistically,” he points out. “But it was kind of an affirmation, at least, and also a challenge to the work itself [to continue].”

McCloud, who during the coronavirus shutdown began his family-oriented Magic Purple Circle performances via Zoom, says the company had already been working on rolling out some dramatic readings of plays using teleconferencing tools and is particularly eager to interact with audiences again in light of what’s going on.

“I’m old enough to see things build on top of each other with these incidents,” he explains, noting how many contentious interactions he has had with police officers over the years, as well as other abuses large and small that are simply part of life as a black man in this country.

“Empathy is good, but some people just aren’t going to be able to relate because they benefit from not understanding,” he says, a sentiment expressed by many of the artists the Free Times spoke to.

“But it feels like it is finally reaching a critical mass. it may not sound like it in our conversation, but I am — we are — hopeful. We believe in us, and that it can get better.”