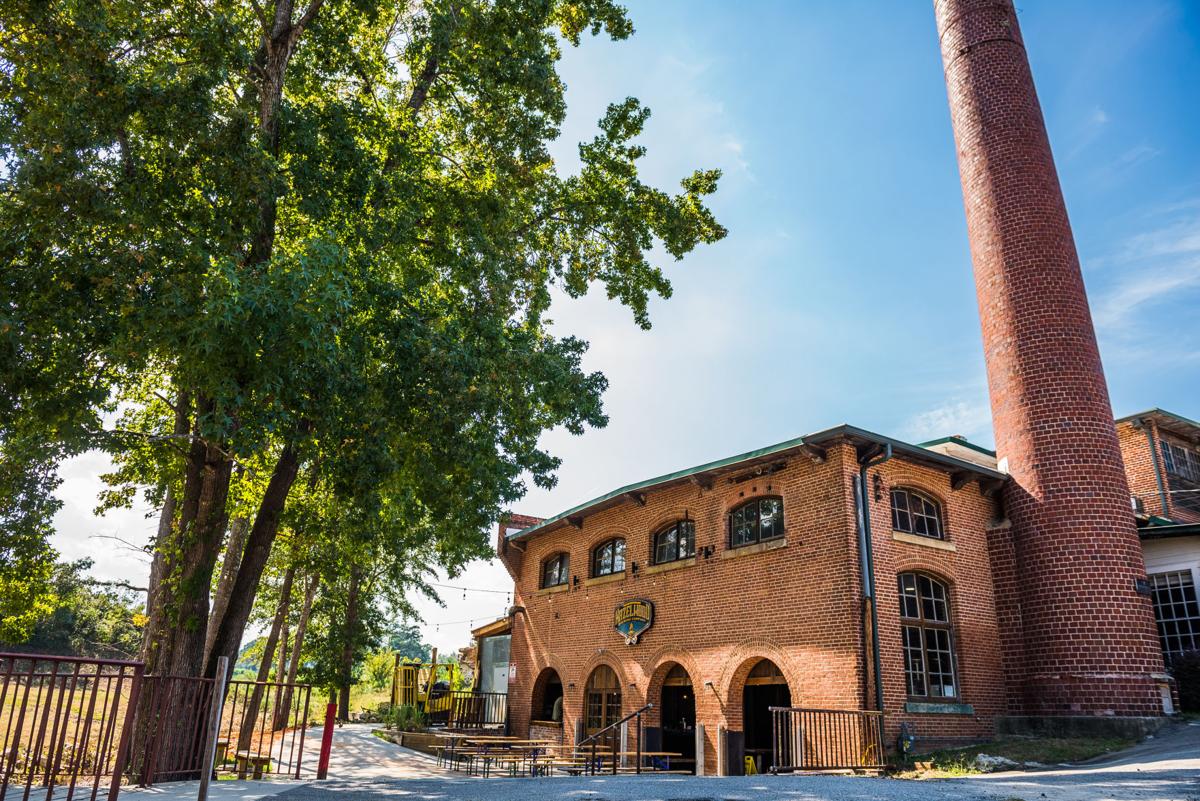 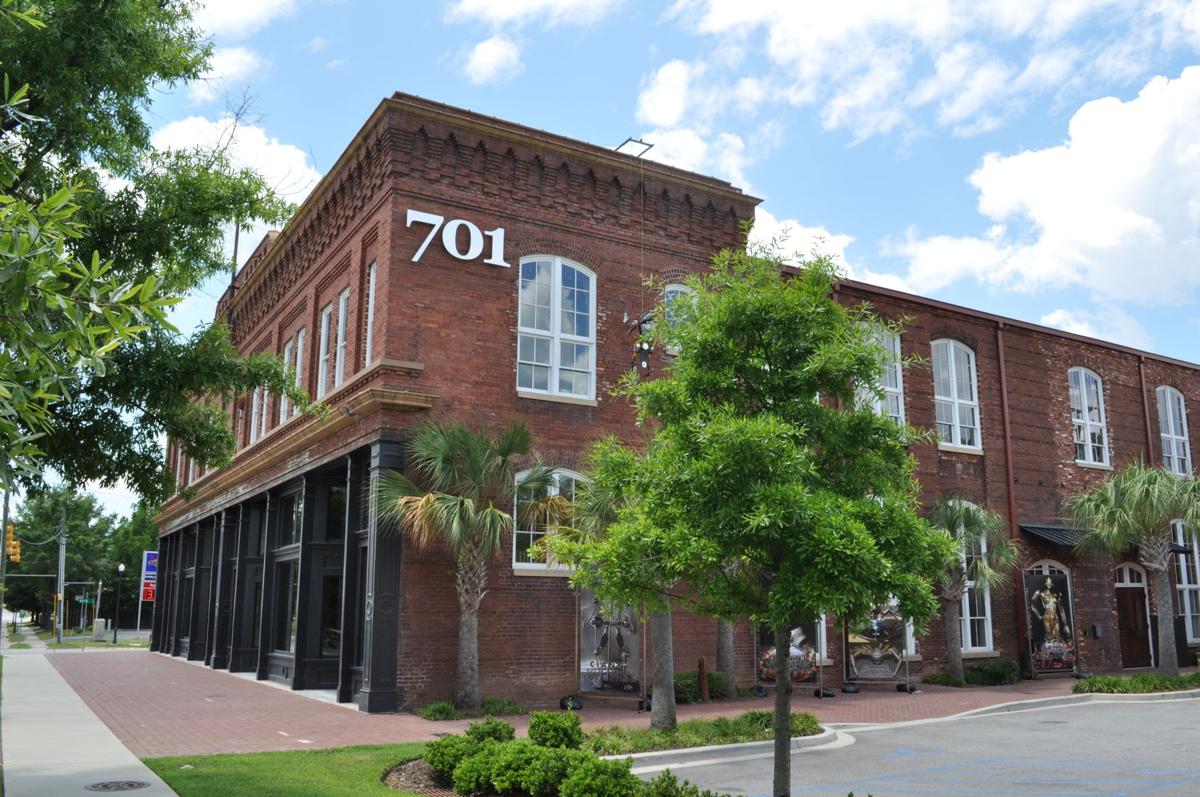 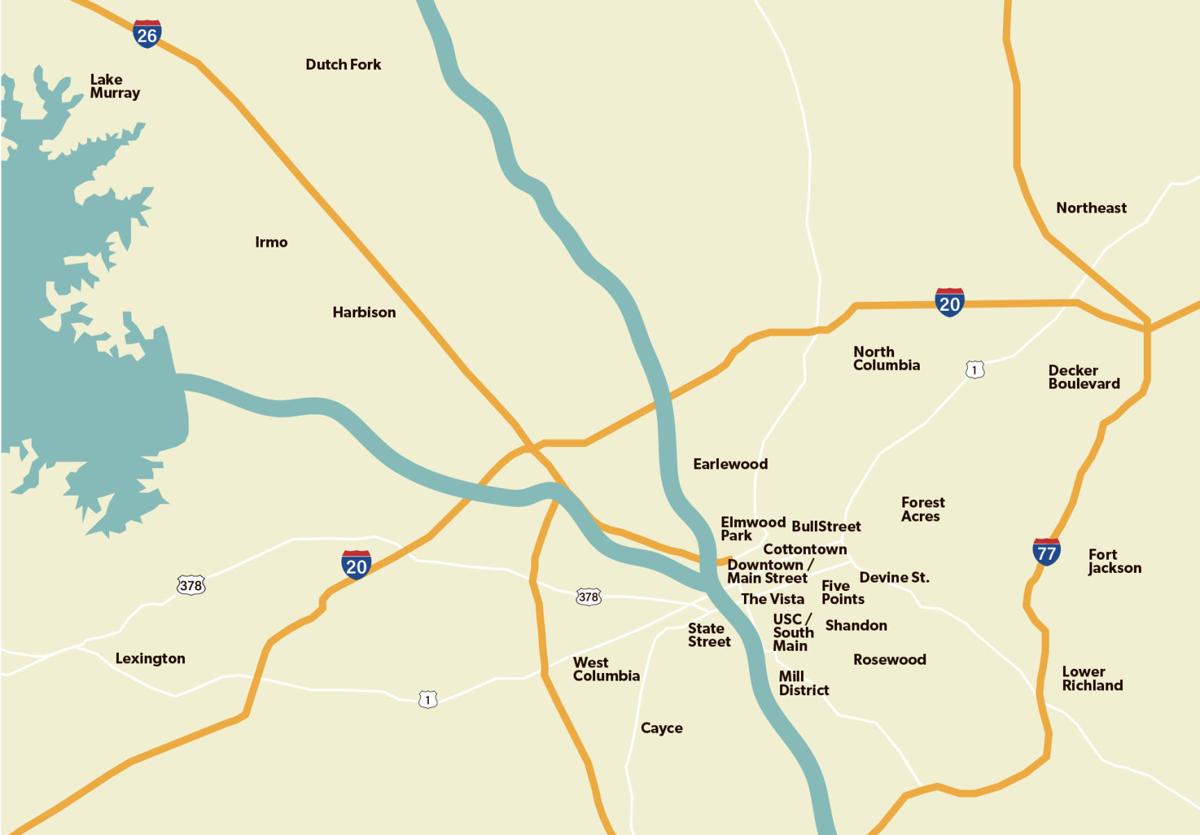 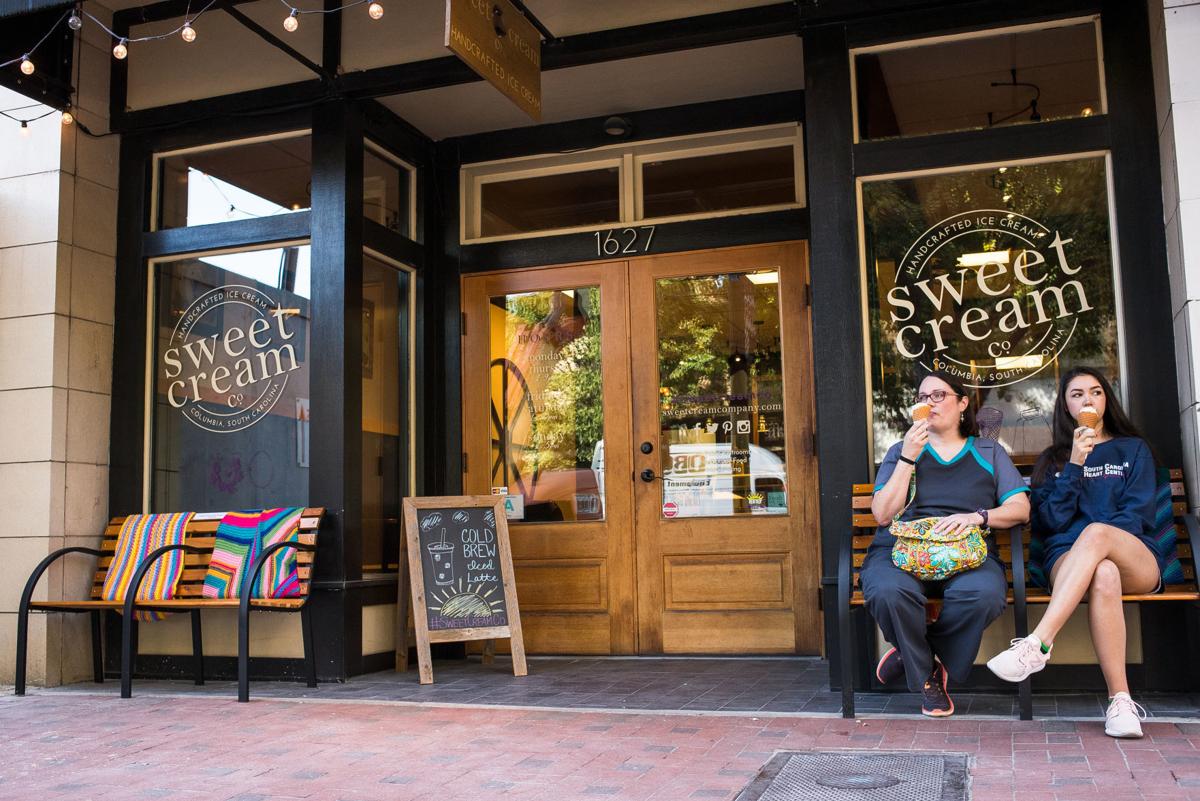 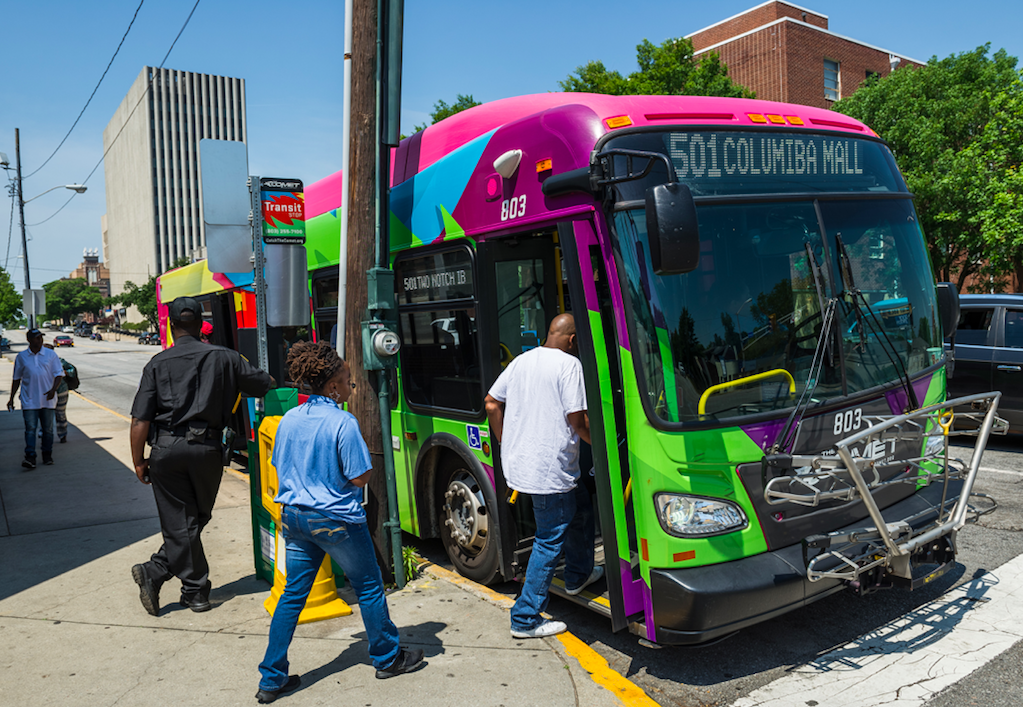 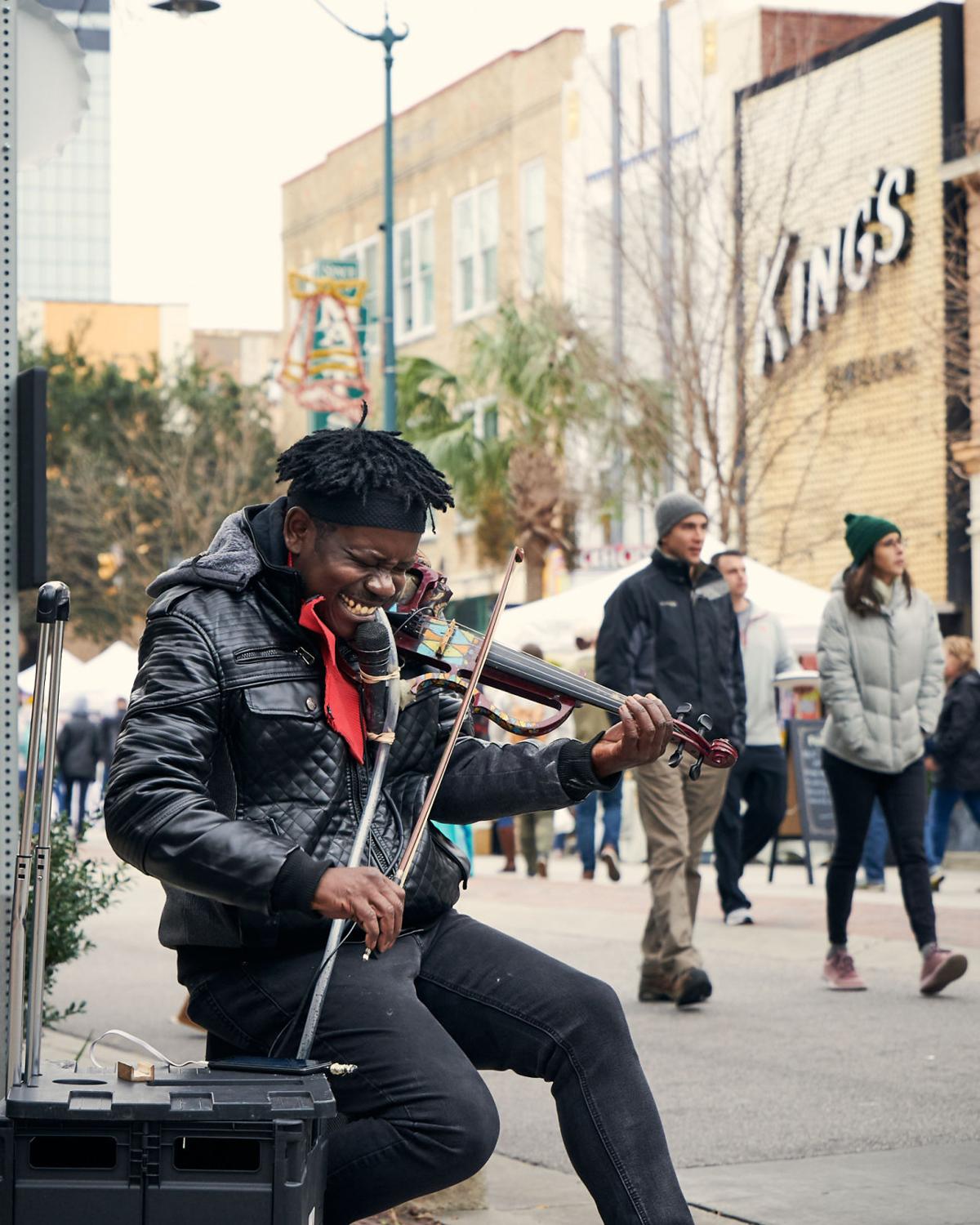 Why should Free Times take a week away (in print, at least) from the local news stories, arts, entertainment and food features that regularly populate our pages, through which we point you toward what we think you need to know and do during those seven days in Columbia?

Consider this yearly exercise as a necessary primer, establishing a baseline by listing out many of the attractions, nonprofits, restaurants, events and arts institutions that help define life in our city. It’s a guide for those who might just be getting to know Columbia, and a reference for those times when we all need a refresher on some particular detail.

These listings are by no means comprehensive, and certainly some details will change across the next 12 months. Keep your eyes peeled to free-times.com and our weekly print issues for updates. — Jordan Lawrence

Columbia is a tapestry of different parts.

The Capital City is made up of distinct districts and neighborhoods, each with its own traditions and cultural touchstones.

From the resurgent energy on Main Street to the shopping and dining during the day/party at night ethos of Five Points to the retail and nightlife in the Vista, the districts in and near downtown Columbia continue to bring vibrancy to the city’s core.

Combine those with longstanding area neighborhoods, growing populations in the suburbs in Richland and Lexington counties and key natural resources — like Lake Murray — and you’ve got a metro area that is filled with distinct pockets that form an interesting whole.

Main Street is the historic heart of downtown Columbia and the traditional stomping ground of the city’s many lawyers and politicians. It’s home to restaurants, a boutique bowling alley, the weekly Soda City Market, a Topgolf virtual driving range, the Nickelodeon Theatre, the Columbia Museum of Art, City Hall, the Richland County Courthouse and more.

Once marked by textile mills and rail lines, the area between the State House and the Congaree River has evolved into a premier dining, shopping, nightlife and cultural district, with higher end chains mingling with local hot spots. Just beyond the Vista’s core are several of the city’s primary attractions: the South Carolina State Museum, Colonial Life Arena (home to the University of South Carolina’s basketball teams and numerous concerts and shows) and EdVenture Children’s Museum.

From its genesis in 1915, Five Points has grown into an eclectic district brimming with the energy generated by a steady stream of visitors from the nearby University of South Carolina and surrounding neighborhoods. In the daytime, college students, shoppers and professionals occupy the area’s mix of coffee shops, boutiques and restaurants. At night, the area’s bars and clubs get busy.

The University of South Carolina campus dominates the landscape south of the State House, and many of the businesses on nearby streets cater to students. But there’s plenty of room for their professors, too, as well as legislators, state government workers and business people.

The neighborhoods just north of Elmwood Avenue are full of lovely homes and a growing number of coffee shops, restaurants and other local businesses. Nearby is BullStreet, a massive historic campus with a minor-league baseball stadium and burgeoning commercial offerings.

With its tree-lined streets and bungalows, convenience to downtown, and good schools, Shandon — and connected neighborhoods like Hollywood/Rose Hill, Wales Garden and Old Shandon — is a major power base for Columbia. Along Devine Street are many boutiques and restaurants.

Anchored by two excellent elementary schools and a Publix grocery store, Rosewood is a great place for young professionals and families who want to be downtown but don’t want to pay Shandon-sized prices. Home to Hunter-Gatherer’s brewery at the Curtiss-Wright Hangar, a skate park and disc golf at Owens Field, along with low-key bars and restaurants.

The historic mill villages of Olympia, Granby and Whaley have transformed from a working class stronghold to a hotspot for college student residences and bustle, with historic 701 Whaley hosting events and contemporary art, and college baseball at Founders Park. But it’s held onto its identity, too, with lovely mill homes and an emphasis on livability.

Nestled on the eastern edge of the City of Columbia, Forest Acres is home to major national retailers and grocery stores including J. Crew, Anthropologie, Whole Foods, Trader Joe’s and more. Housing options abound in the tree-filled neighborhoods of this city within a city (yes, it has its own mayor, city council and police force), which is close to downtown and Fort Jackson.

Longtime Eau Claire residents will remind you that the neighborhood used to be a separate town. And the areas along North Main Street, from proud historically black neighborhoods to Columbia College and Columbia International University, are a major force in Columbia’s politics and culture.

Just across the Gervais Street bridge sits an eclectic mix of restaurants, nightspots, newly constructed apartments, galleries and gift shops. Neighborhoods along the Avenues and Sunset Boulevard are popular with city-minded people who don’t want to pay downtown prices.

Though it retains small-town values compared to its more cosmopolitan neighbor, the Town of Lexington is exploding, with new dining and retail options anchored by the Icehouse Amphitheater. The surrounding area sports good schools, abundant natural resources, reasonably priced housing and a strong economy.

Anyone who lives on Lake Murray — sometimes called the Jewel of South Carolina — will tell you it’s more than just a lake: It’s a state of mind, a haven away from the city offering its own bucolic worldview. With roughly 500 miles of shoreline, Lake Murray is South Carolina’s largest man-made lake and offers seasonal recreation, a huge July 4 fireworks display, major fishing tournaments, and camping and picnic sites at Dreher Island State Park.

Richland County dubbed Decker its International Corridor, and it’s true: Here you’ll find eateries, groceries and businesses representing cultures from Korea to Mexico to Jamaica to Vietnam and beyond.

Once a rural area — and a bombing range for Fort Jackson — the Northeast is an expansive region of reasonably priced homes, good schools, national retailers and restaurants extending out to the Town of Blythewood. Home to the 1,419-acre Sesquicentennial State Park, the popular planned community Lake Carolina, and the Village at Sandhill retail complex.

The Columbiana Centre mall, two large cinema multiplexes and big-name retailers make this area a regular stop for residents from all areas of town. Along with extensive shopping options, there are also a couple of amenities you might not expect in a generally suburban area: Saluda Shoals Park and Harbison State Forest, which offers more than 16 miles of roads and trails weaving through a pine and hardwood forest.

Historically black, historically rural, Lower Richland County is a place all its own, from politics to barbecue. It’s also home to South Carolina’s only national park: Congaree National Park, which draws thousands each spring during the few weeks synchronous fireflies appear in the forest.

Fort Jackson is huge, encompassing more than 52,000 acres, 1,160 buildings and employing about 3,500 active-duty soldiers and an equal number of civilians. The fort opened in 1917. These days, about 36,000 soldiers come through for basic training each year and 8,000 more come for advanced training.

catchthecomet.org. The Midlands’ bus system has nearly 30 routes, a slick fleet of buses with Wi-Fi and charging stations, and partners with the Transit app for riders to track buses.

A free circulator called the Soda Cap Connector runs limited routes between some key downtown and West Columbia spots. Look for the retro soda cap-shaped signs that mark stops, many of them near major tourist attractions, and check out catchthecomet.org for routes and times.

bluebikesc.com. Columbia aspires to be a bicycle town, though we don’t have much of the infrastructure to support it yet. But we do have a bevy of rentable bikes stationed around town. Some of them are electric-assisted, which should come in handy if you’re trying to get from the bottom of the Vista to Main Street.

The three major local taxi companies are Checker Yellow, Capitol City Cab and Original Blue Ribbon. You’ll see smaller taxi companies and independent drivers, too — though these days, more of those folks are driving for app-based rideshare companies like Uber and Lyft instead.

Columbia has a lot of interesting and eclectic locally owned shops, and they deserve your at…

Outdoors enthusiasts rejoice. Within a half hour drive of Columbia there’s state forests, a …

In many ways, nonprofits are part of the lifeblood of a city. Volunteering your time or dona…