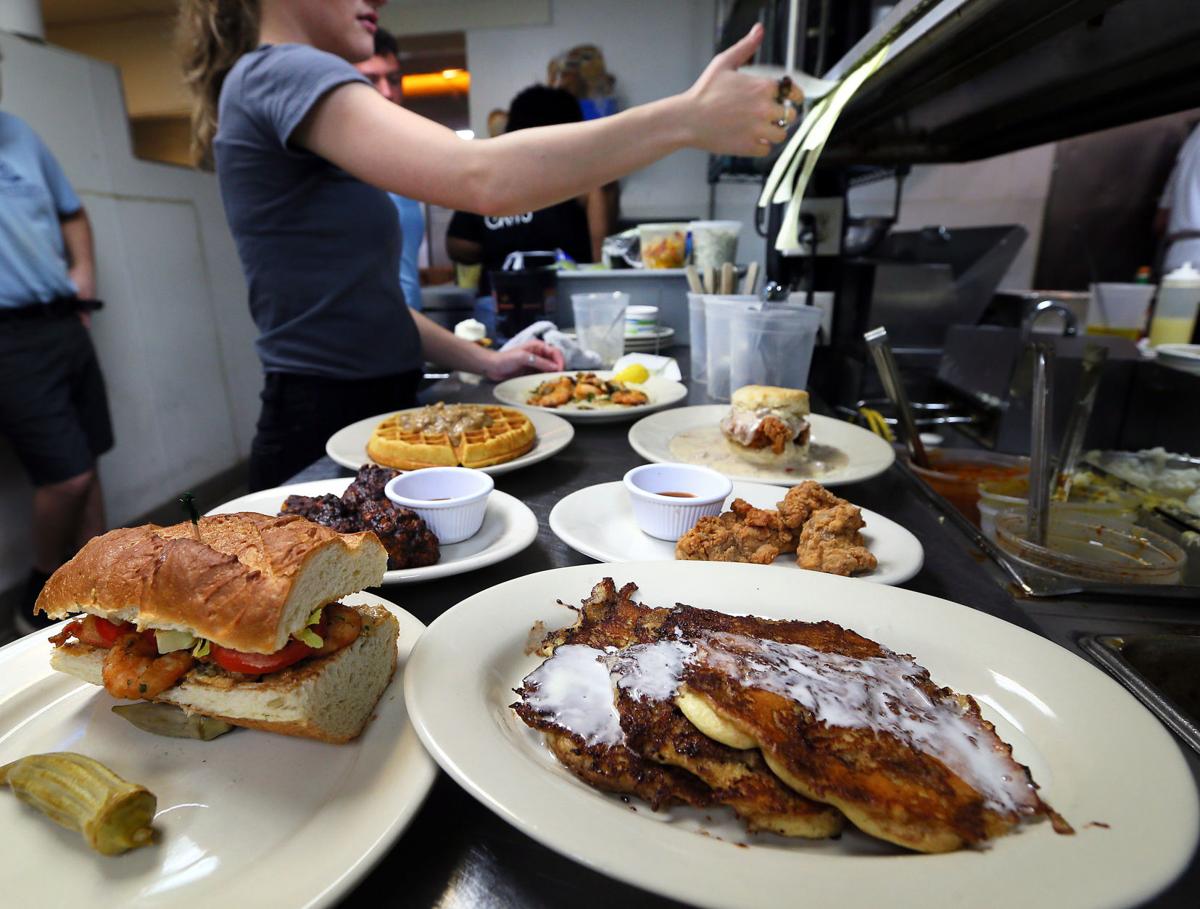 Dishes are readied for servers at the Hominy Grill kitchen on its last day — Sunday, Apr. 28, 2019 — after a 24-year run at the corner of Rutledge and Cannon streets. File/Staff 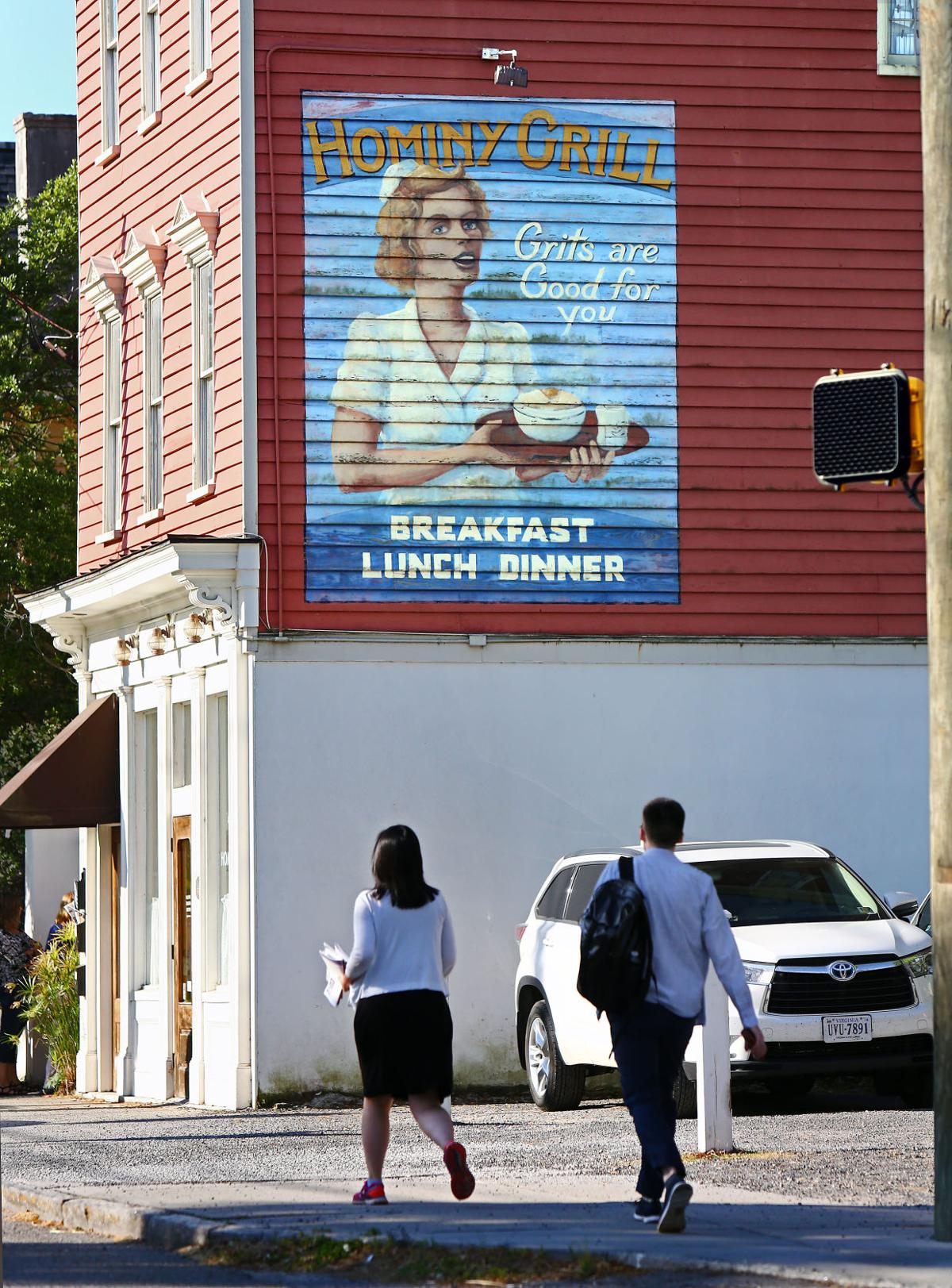 In 2003, Charleston artist David Boatwright painted the 10-foot mural at the corner of Rutledge and Cannon streets, where Hominy Grill served its final brunch on Sunday, April 28, 2019 after a 24-year run. file/Staff 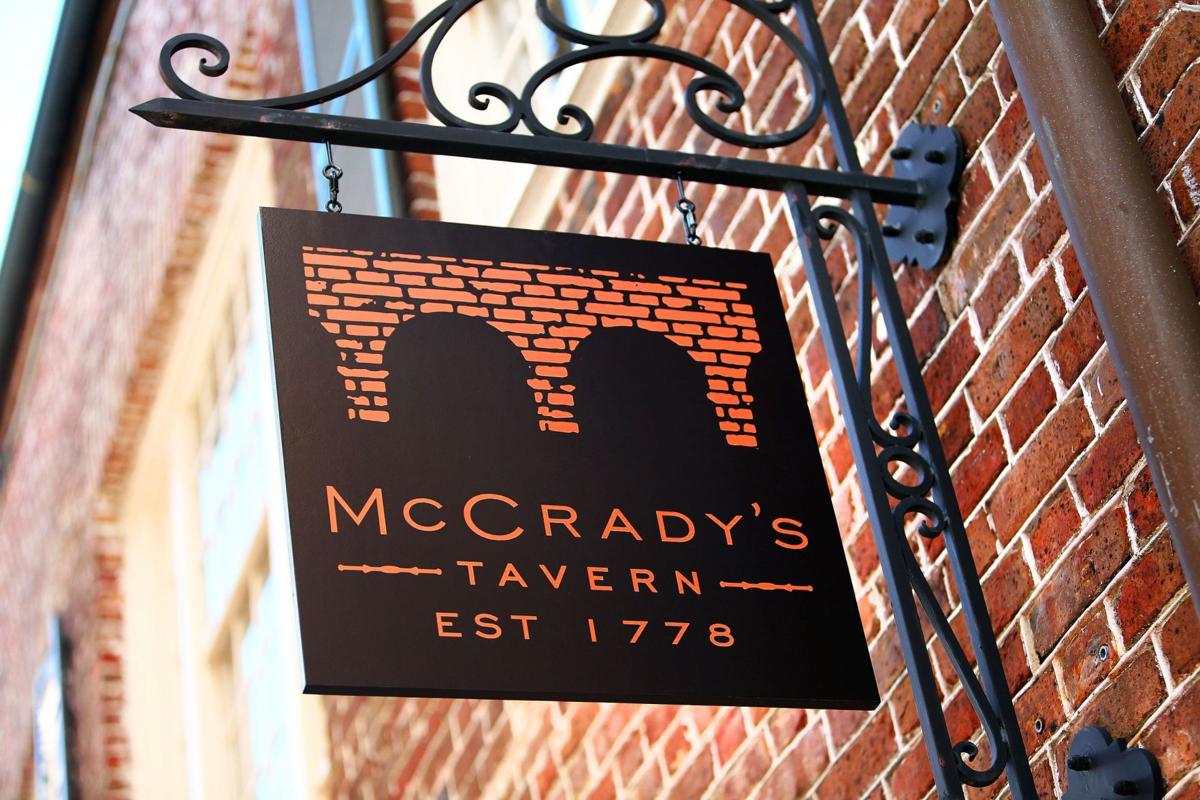 McCrady's Tavern, located on Unity Alley off East Bay Street in the former home of McCrady's, closed in 2019. file/staff 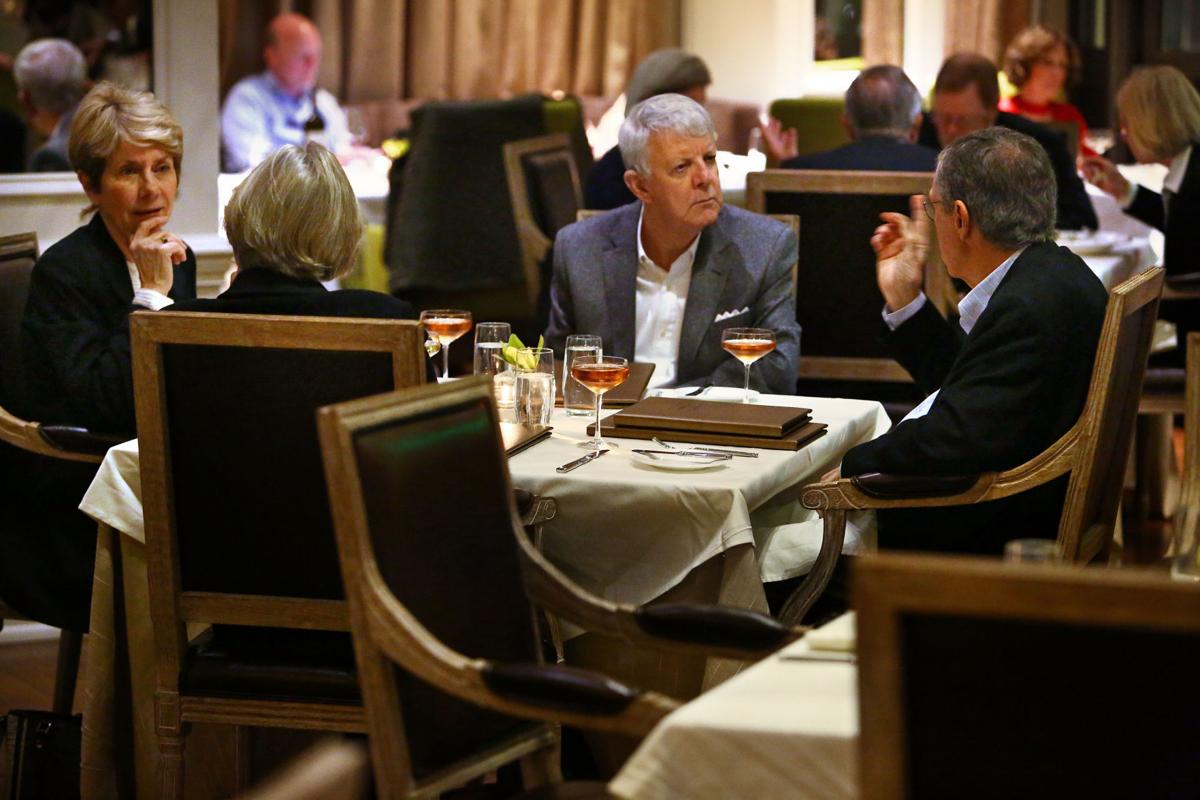 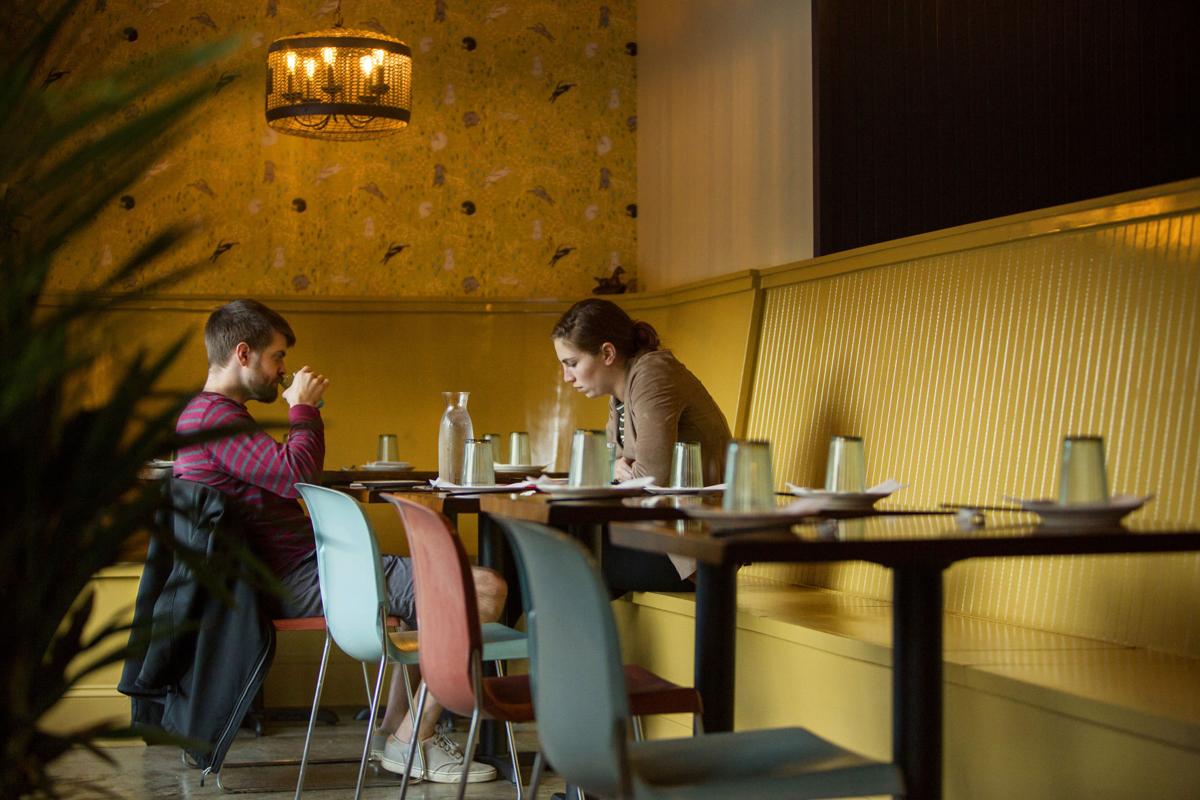 What can you expect from a food-and-beverage scene afflicted with high rents, staff shortages and mandatory hurricane evacuations which come around almost as reliably and miserably as the end of daylight saving time? Apparently quite a lot.

Restaurant owners didn’t have an easy go of it in 2019, for all of the above reasons. But it was a great time to be a diner in the Charleston area, which gained more exciting new venues than the city has seen in many a calendar year. Surely there were steps both forward and back, but from an eater’s perspective the local restaurant sector is ahead of where it stood on Jan. 1, 2019.

How does food-and-bev business really work? Charleston's top restaurateurs explain it all.

Even the closure of the much-loved Hominy Grill wasn’t an all-out tragedy since it proved the community could weather the loss of an institution. (Plus, it was tempered by the arrival this year of Big Bad Breakfast, a Southern chain renowned for its biscuits. In other relevant news from restaurant backer Nick Pihakis’ orbit, 2019 also marked Rodney Scott’s expansion beyond South Carolina. The James Beard Award-winning pitmaster in February opened a restaurant in Birmingham.)

Here, a brief overview of what transpired between the start of the year and today, organized thematically:

Hominy Grill closed, but its legacy will live on

It wasn’t a good sign when Tradd’s, which opened in late 2018 touting its “sophisticated style,” in June pushed deals on mini-cheeseburgers and Chambong shooters. Within one month, the million-dollar downtown Charleston restaurant had closed.

Other restaurants resorted to desperate measures from the start. Prior to opening Malagon in March, co-owner Patrick Panella warned The Post and Courier that he wouldn’t allow the newspaper to review his Spring Street tapas restaurant, a request he characterized as “an attempt to avoid (a) negative public forum.”

With financial stakes terrifyingly high, Charleston area restaurateurs in 2019 tried tactics big and small to stave off revenue losses. In addition to overhauling menus and hosting yoga classes, they reconsidered longstanding pledges to never participate in food delivery services or accept reservations. If you’ve brought your dog to a discounted cocktail workshop on a rooftop, you have increased local competition to thank.

But the very best restaurants steered clear of shtick. Their teams responded to tough economic conditions by working harder and cooking better, demonstrating that at least in the short term, fear is a fine motivator.

Another smart move in 2019 involved the shedding of square footage.

The shocker of the year was the closure of McCrady’s Tavern, which operated as McCrady’s before Neighborhood Dining Group put its tasting and a la carte menus in two different dedicated spaces. But almost as surprising were the heights immediately attained by its humble-looking successor, Delaney Oyster House on Calhoun Street. Sophisticated seafood snacks in a Charleston single is suddenly a winning local formula.

Across town, Easton Porter Group made a similar discovery when it this year opened Wild Common on a sliver of the property which previously functioned as Cannon Green. The tiny restaurant’s tasting menu was among the year’s revelations. (For more on Delaney Oyster House and Wild Common, see related story.)

Even small nooks weren’t immune to the downsizing trend. Lauren Mitterer this year shut down the Spring Street location of WildFlour Pastry so she could focus on her West Ashley store.

Charleston residents and visitors are still extremely fond of French and Southern cooking, and this year gained an excellent new source of each in Maison and KinFolk.

But it’s notable that the one high-profile restaurant which touted its mastery of both failed to make much of a local splash. Hotel Bennett’s Gabrielle, helmed by a New Orleans chef who was once in charge of the kitchen at Galatoire’s, was largely dismissed as just another hotel restaurant.

Instead, restaurants attuned to global influences which don’t emanate from western Europe claimed eaters’ attentions this year. Even Circa 1886 updated its tasting menu to acknowledge the culinary contributions of people in pre-colonial Africa and America.

Shuai and Corrie Wang, who previously owned Short Grain Food Truck, weren’t the only chef community fixtures to delve more deeply into Asian-inspired cookery this year. David and Tina Schuttenberg moved their popular Sichuanese pop-up Kwei Fei into a permanent home at the tail end of 2018, but the James Island restaurant was the talk of 2019 for its dim sum brunches and innovative partnerships. And Josh Walker in January reopened Tu as an Indian restaurant, shifting the Xiao Bao Biscuit follow-up’s menu from eclectic grab bag to pakoras and dosas.

Tu in July was also the backdrop for a bake sale benefiting Planned Parenthood. Co-organized by the owners of Renzo and Babas on Cannon, the event was supported by restaurants including FIG, Basic Kitchen, EVO, Miller’s All Day and goat.sheep.cow. It was a significant departure from the Charleston hospitality tradition of staying out of politics.

“I do feel that the food-and-beverage community rallies around when someone passes away,” Jason Sakran, who this year became the first downtown Charleston restaurant owner in recent memory elected to City Council, told The Post and Courier following his run-off election victory. “We’re very strong at that. Now I’d like to see us get strong around a few key issues.”

As you may have heard, 2020 is an election year — which might well be of interest to restaurant owners coping with high rents, staff shortages and mandatory hurricane evacuations.