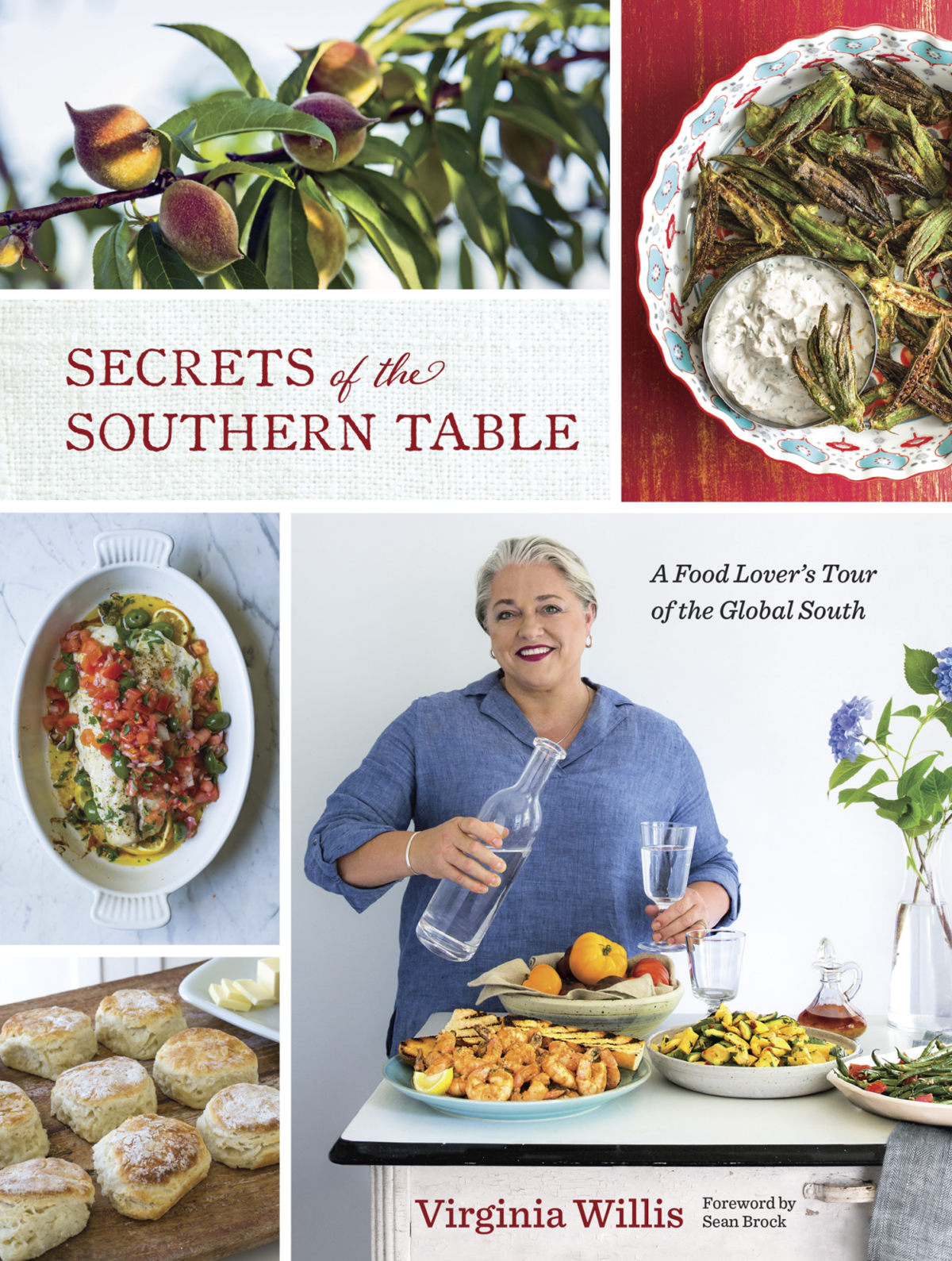 "Secrets of the Southern Table" cookbook by Virginia Willis 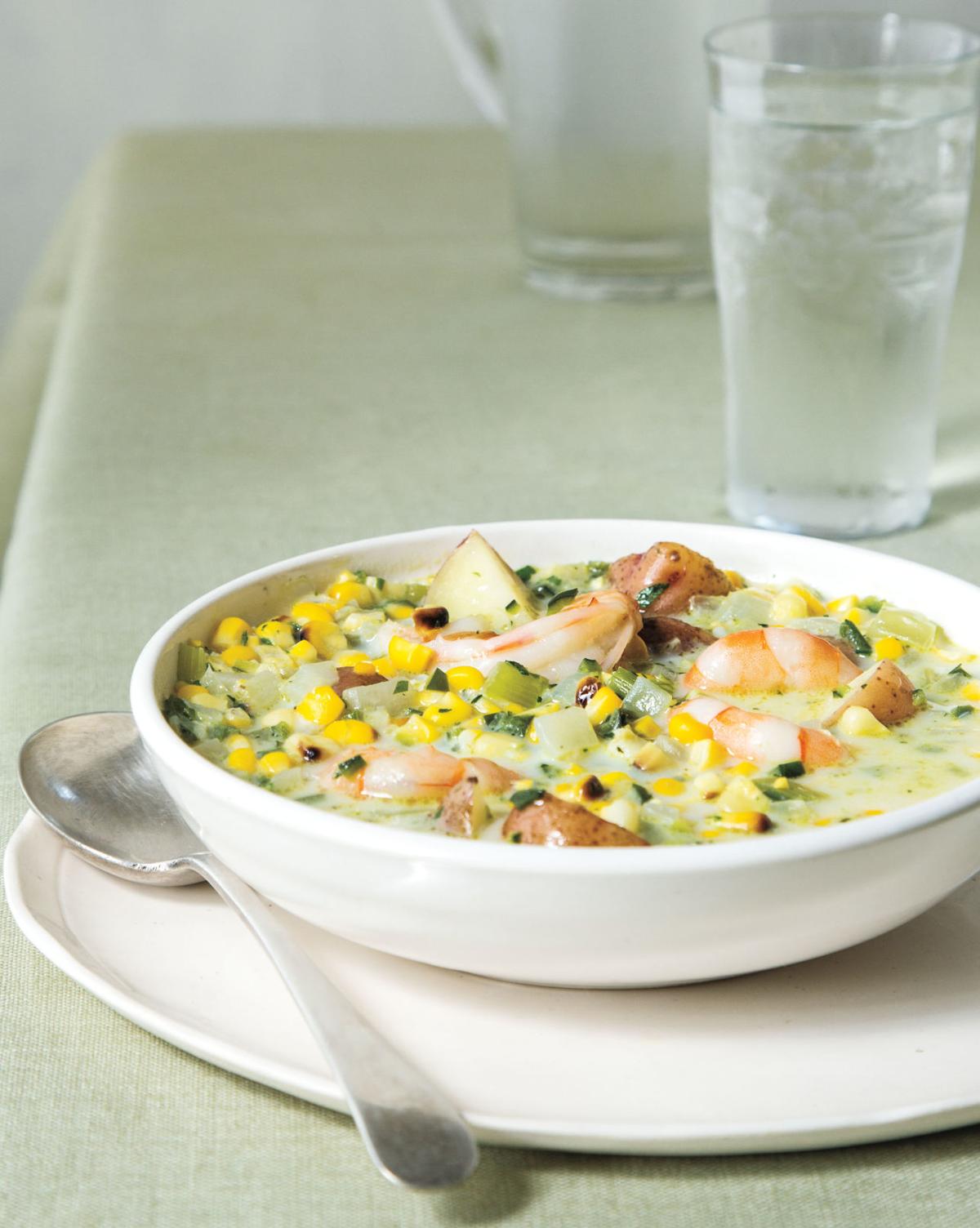 Shrimp dish from "Secrets of the Southern Table" by Virginia Willis

"Secrets of the Southern Table" cookbook by Virginia Willis

Shrimp dish from "Secrets of the Southern Table" by Virginia Willis

“Secrets of the Southern Table: A Food Lover’s Tour of the Global South”

Hop on for an 11-state road trip with Virginia Willis, a four-season jaunt across the South, exploring the “variety of ethnicities and populations … that have led to a rich diversity of cuisine.” You’ll learn a lot about it as you visit Georgia farmers, Louisiana rice growers, Appalachian cooks, and Florida, Texas, and South Carolina watermen, to name a few. Among them are African Americans, Vietnamese and Hispanics — Southerners all. Representative recipes and place-defining photography by Angie Mosier will carry both the active cook and the armchair traveler along for a delicious ride. Houghton Mifflin. $30.

There’s nothing quite as sweet as super-fresh shrimp purchased at the dock or a roadside stand. Along the coast all across the South you will find pickup trucks pulled off to the side of the road, tailgates open, the beds filled with coolers packed with ice and shrimp for sale. Head-on shrimp must be incredibly fresh, as they start to deteriorate the minute they are taken from the water. Most often, these shrimp are so fresh that their long threadlike antennae and sharp needlelike projections called rostrums are still intact. Only a few miles off the coast, it’s nearly impossible to purchase fresh shrimp.

While it’s hard to beat shrimp that are only hours out of the ocean, it doesn’t mean frozen shrimp are bad. Increasingly, shrimp are actually frozen on the boat. (Keep in mind that the “fresh” shrimp at your market very well may be frozen and then defrosted.) However, all frozen shrimp is not the same. Make sure the bag is labeled “IQF,” which stands for “individually quick frozen.” The packaging should also note whether the shrimp is farmed or wild, and where it came from. Consult the Seafood Watch website or app to determine if it’s sustainable. Be sure to buy shrimp in the shell, which protects the actual meat of the shrimp; in addition, peeled shrimp has often been treated with chemical preservatives that you’ll want to avoid.

If you are reading this cookbook, you’re likely to be familiar with the concept of “farm to table.” We have learned that food is best when produced on a small scale in accordance with the rhythms of the planet. Seafood deserves the same kind of respect and awareness. We’ve lost touch with seafood seasonality because the fish counter is always full. Shrimp used to be a luxury — now it’s all-you-can-eat due to cheap farm-raised shrimp from Asia, and farm-raised shrimp is a problem. Mangroves are cut down to create the farms, which results in environmental destruction. The shrimp are fed a meal made from ground wild fish, and the meal is laced with antibiotics to prevent disease. According to the Centers for Disease Control, antibiotics must be used judiciously in humans and animals because both uses contribute to the emergence, persistence, and spread of resistant bacteria. What can you do? It’s easy. Buy wild American shrimp. With your purchase, you support the U.S. seafood industry, advocate for sustainability, and get fresh, seasonal shrimp with every delicious bite.

1. Heat the oven to broil. Broil the corn, rotating it every 5 minutes, until charred, 15 minutes. Set aside to cool. To cut the corn from the cob, set each ear of corn on its side and, using a chef’s knife, slice away the kernels on four “sides,” squaring off the round ear. The kernels will fall away, but not scatter. Then stand the ear on one end and cut away the “corners” of the cob. Set the kernels aside in a bowl. Finally, using the back of the knife, scrape the milky remainder from the cob and add to the kernels in the bowl. Break the cleaned cobs in half and set aside.

2. Place the shrimp shells in a medium pot and add one-third of the chopped onions, the carrot, and the halved corncobs. Add the water. Bring to a boil over medium-high heat, and then decrease the heat to maintain a simmer. Cook until the broth is slightly colored and smells lightly sweet, 5 minutes. Strain into a bowl, discarding the solids, and set aside; you should have 4 cups stock.

3. Heat the oil in a large pot over medium heat until shimmering. Add the remaining chopped onion, the poblanos, and the celery. Cook until the onion is soft and translucent, 3 to 5 minutes. Add the garlic and cook until fragrant, 45 to 60 seconds. Add the potatoes, corn, thyme and bay leaves and stir to combine. Stir in the flour until incorporated, 2 minutes. Stir in 3 cups of the shrimp stock, reserving 1 cup to use if the chowder seems too thick. Add the milk. Cover and bring to a boil over medium-high heat. Uncover, reduce the heat to medium-low, and gently simmer until the vegetables are tender, 15 minutes. Remove from the heat. Discard the thyme sprigs and bay leaves.