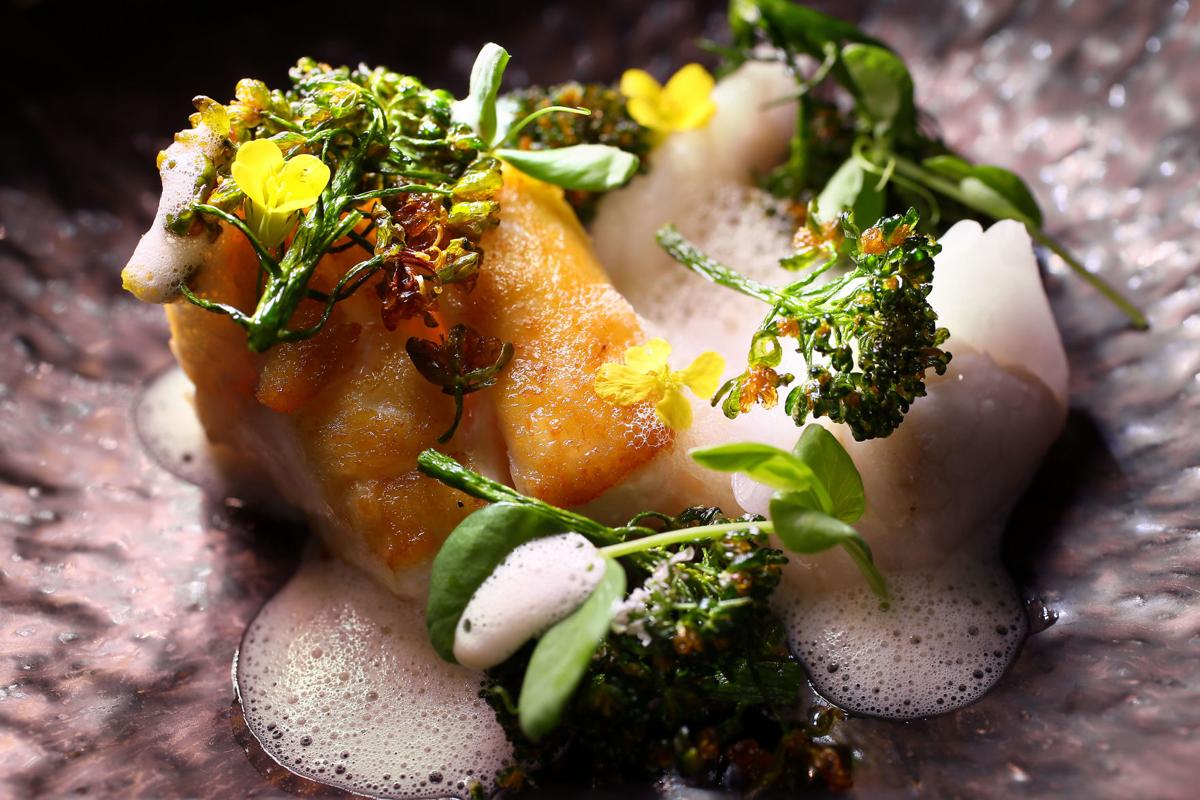 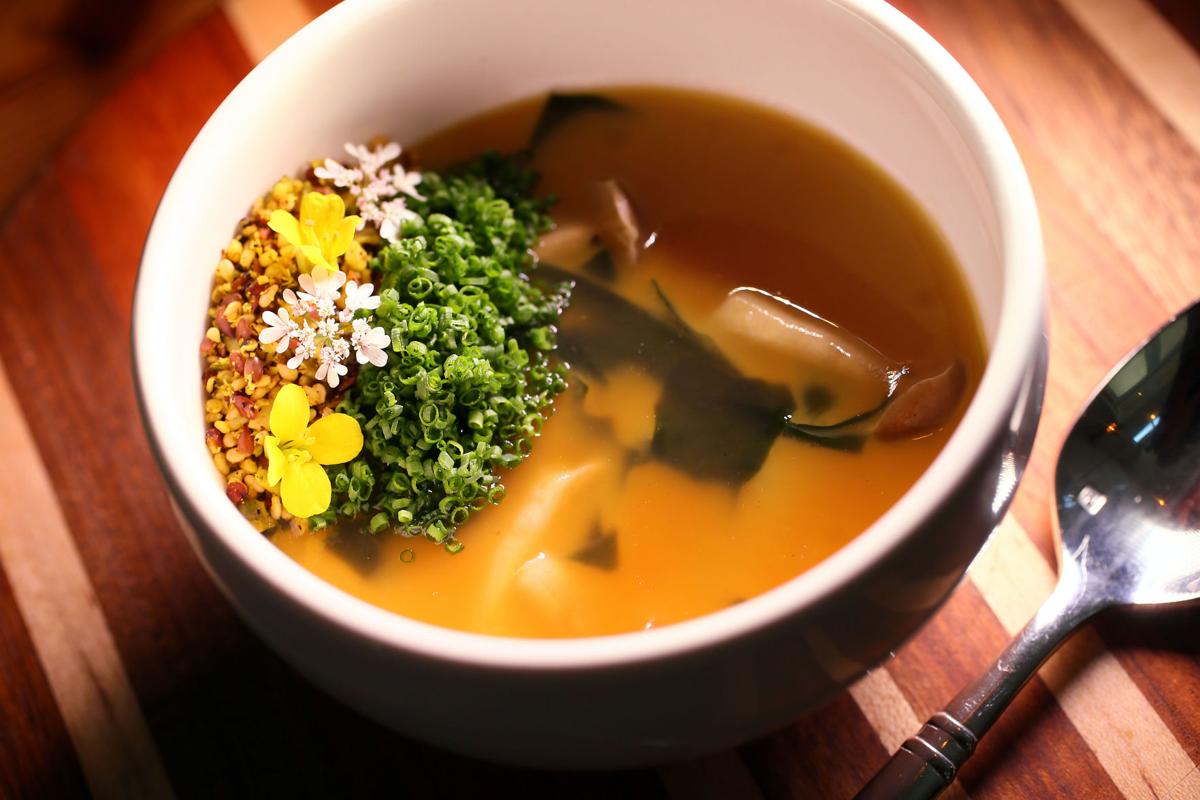 Spring vegetables — with mushrooms, peas, and savory egg custard — at Wild Common on Spring Street on Friday, May 10, 2019. Wade Spees/Staff 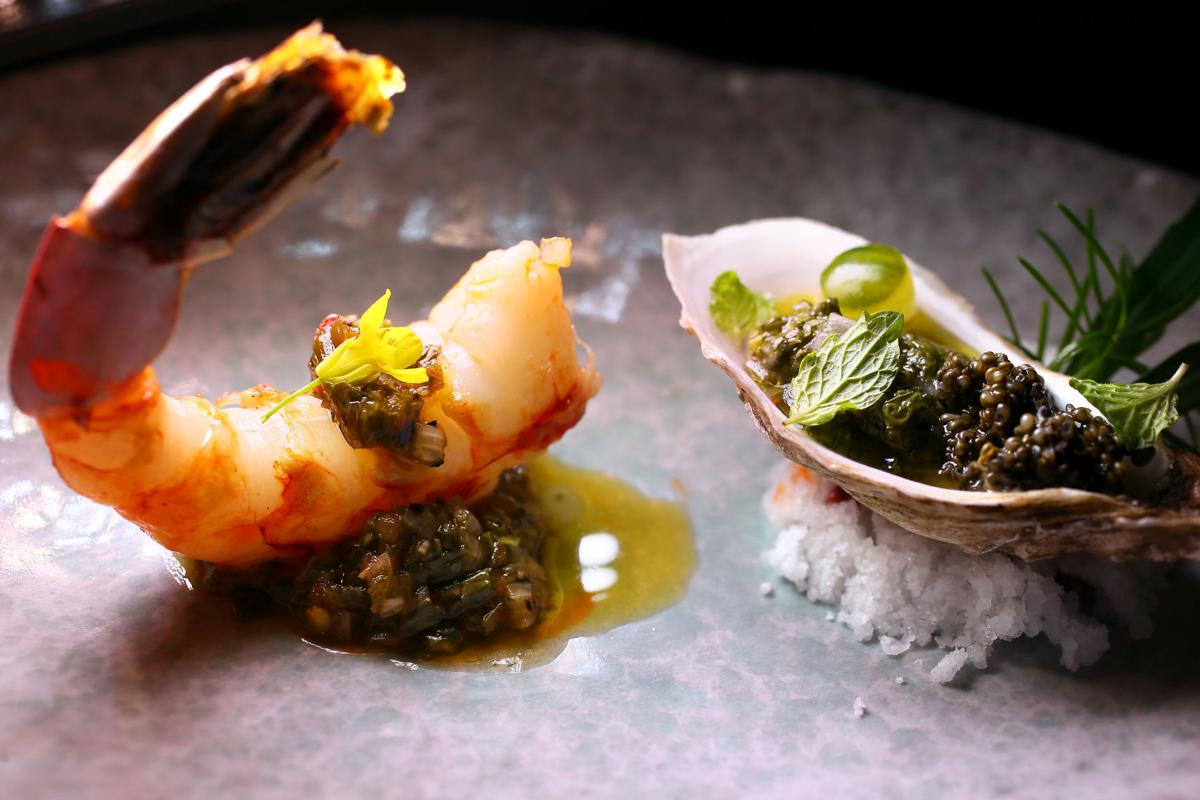 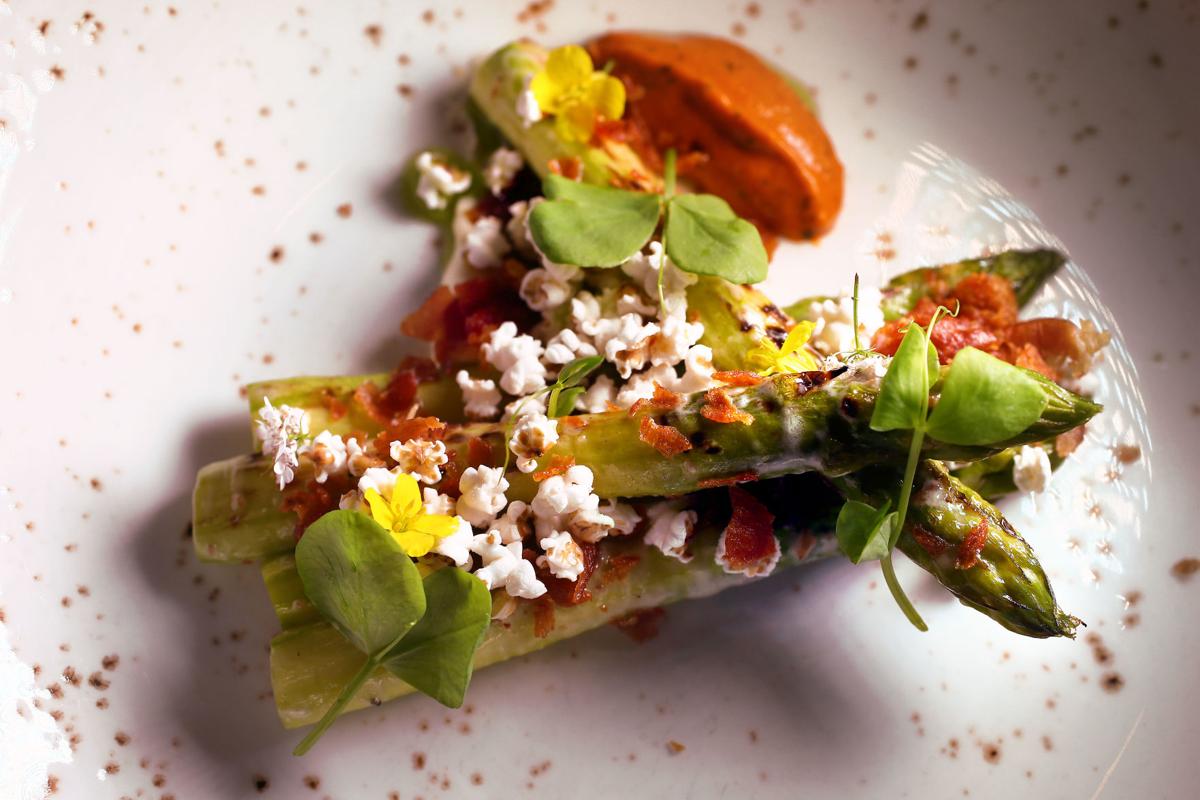 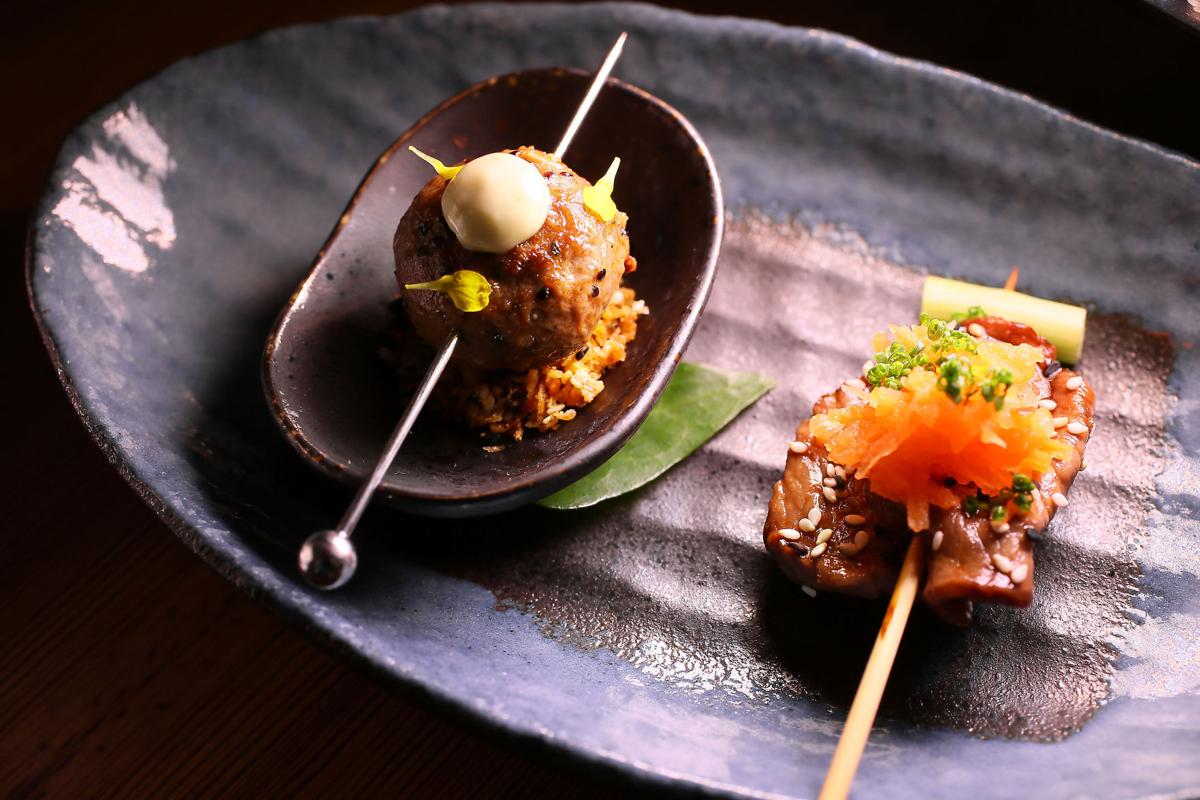 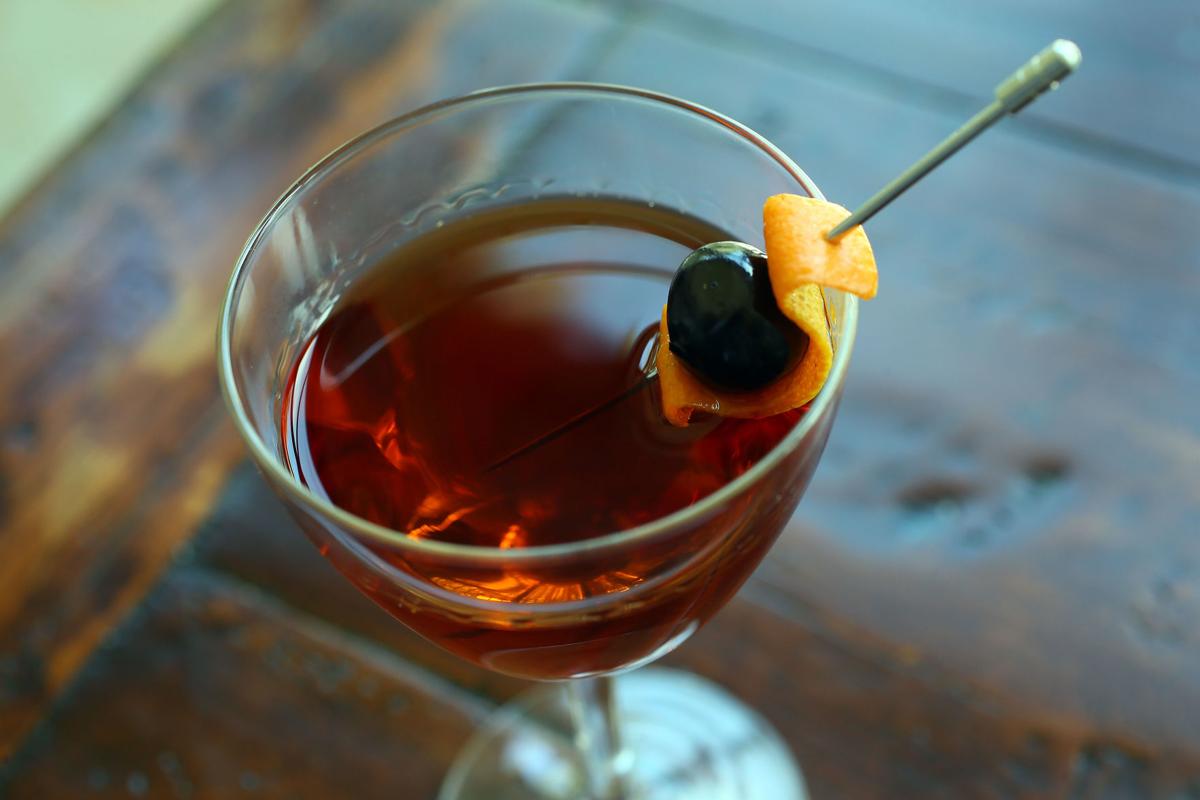 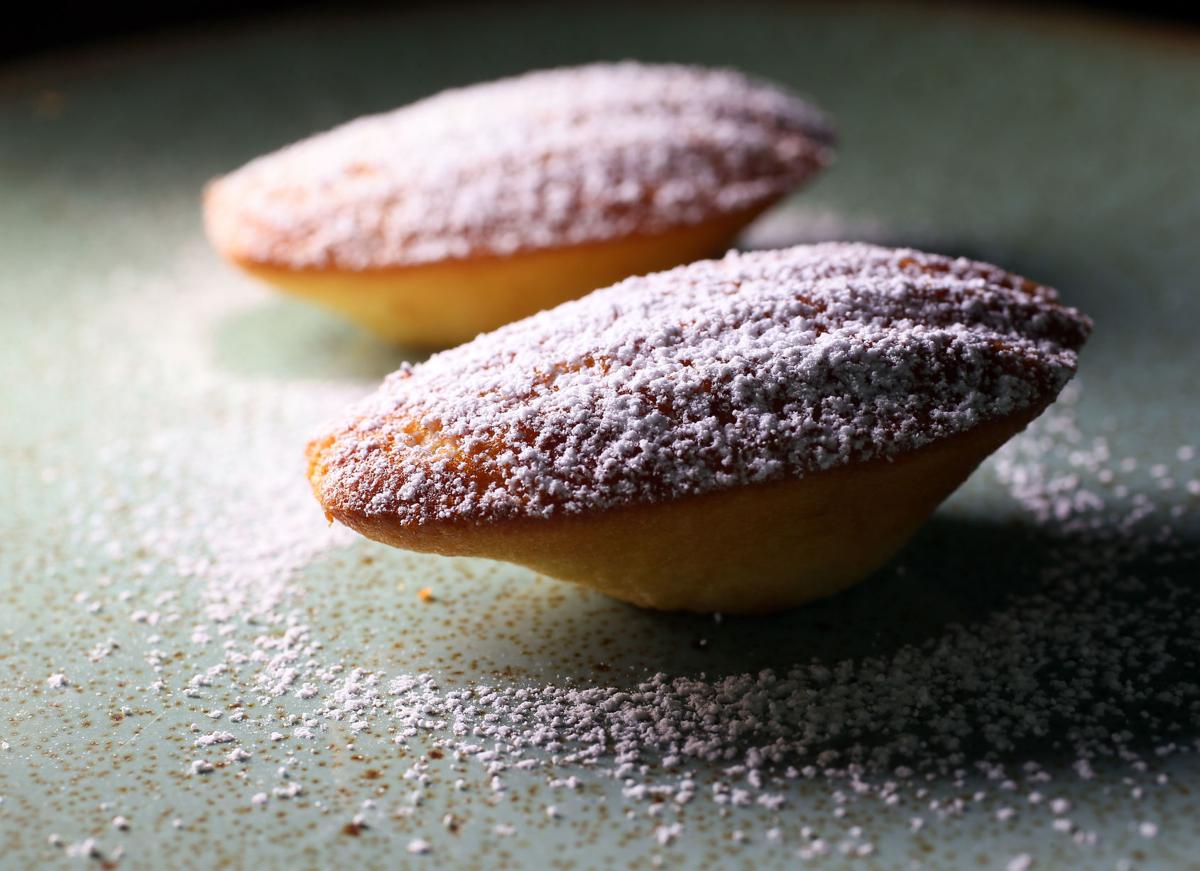 Madeleines at Wild Common on Spring Street on Friday, May 10, 2019. Wade Spees/Staff

Spring vegetables — with mushrooms, peas, and savory egg custard — at Wild Common on Spring Street on Friday, May 10, 2019. Wade Spees/Staff

Madeleines at Wild Common on Spring Street on Friday, May 10, 2019. Wade Spees/Staff

At the height of Pappy Van Winkle mania, bourbon obsessives made an astounding discovery: The whiskey in bottles marked W.L. Weller 12 Year wasn’t all that different from the hard-to-get stuff.

Spirits writers were always careful to note that Weller wasn’t a perfect facsimile of Pappy, lest anyone suspect they’d been misled by gullible or unrefined palates. But the bourbon had been made in the same distillery as Pappy, from the same wheated mash, so the family resemblance was strong. And Weller at the time sold for a fraction of Pappy’s price, with corner liquor stores charging about $25 for a full-sized bottle.

Bartenders at Wild Common, the latest iteration of what was once Cannon Green, can mix a whiskey cocktail, with or without theatrics (A Manhattan is prepared tableside with the help of a mini blowtorch.) Yet the reason recent bourbon history is relevant is because Wild Common is basically an unmarked Zero Restaurant + Bar, offering an exceptionally impressive four-course menu of chef Vinson Petrillo-approved dishes for just $65 per person.

That may not sound like an unbeatable bargain. But a prix-fixe meal across town at Petrillo’s home base of Zero, which justly turns up on lists of the city’s best restaurants, costs more than twice as much.

In other words, sometimes there’s no reason to shirk from what amounts to a Black Friday-level discount on a single grilled oyster, awash in an evocative slurry of smoke and vinegar. Imagine finding delicate matching ivory discs of raw diver scallops and hearts of palm, a study in smoothness tantalizingly interrupted by clustered tapioca puffs, on the clearance rack.

So what’s a Zero taste-alike doing in a secluded nook behind an event space on Spring Street? To recap the saga briefly, Virginia-based Easton Porter Group in 2014 opened Cannon Green, two years after bringing boutique hotel Zero George to town. But its mixed-use venue struggled from the start to reconcile dual loyalties to private party hosts and restaurant guests, the latter of which seemed to dwindle after opening chef Amalia Scatena’s departure.

Even among staunch fans, Cannon Green’s handsome conservatory-style bar was a bigger draw than its lackluster plates, which may have helped persuade Easton Porter to shut down the restaurant portion of its operation last August.

In the months following its closure, the building and grounds were reconfigured to make it spatially obvious that Cannon Green is foremost in the business of wedding receptions and rehearsal dinners. But the owners carved out a little parcel in the left rear corner of the formerly open-plan dining room to house Wild Common, a high-minded restaurant named for a poem that D.H. Lawrence first published in 1921 and then thoroughly rewrote seven years later.

As an online cheat sheet for students struggling in English class puts it, “Critical consensus prefers the revised poem, with its increased detail and clarified focus.” Regardless of whether you’re keen to find yuzu kosho and ramps on a dinner menu, you have to admire a restaurant for choosing a name which so accurately captures its status as a second stab at greatness.

Since it’s located at the end of a long hallway which leads past the bathrooms, it’s also little wonder that Wild Common wants diners to know it is here.

On my visits to the restaurant, we had the dining room almost to ourselves, which did result in highly personalized service. I’m not sure if the current level of attentiveness can be maintained when all of the tables are taken, but events permitting, I hope every guest is given the opportunity to stroll the central courtyard with a cocktail before dinner starts. It’s startling how serene and resort-like Cannonborough-Elliottborough can feel with the right landscaping.

Back inside, the 30-seat dining room is attractive, but there’s no denying it’s a bit of a box. The old Cannon Green bar is still around, but now if you set one outstretched hand atop it, the other could very nearly reach the new dividing wall. Mirrors and greenery keep the white-floored room from registering as overly cramped, but I’d wager fans of the previous restaurant will gripe about being cooped up.

In fact, a box is probably the appropriate shape for Wild Common, since a sense of discipline rules the restaurant. Oddly for a restaurant associated with D.H. Lawrence, a poet besotted with immediacy, Wild Common comes across as allergic to spontaneity. The dishes are so exact that it’s hard to shake the impression that once culinary director Petrillo and executive chef Orlando Pagan minted their preparations for the restaurant’s March debut, Pagan was left to faithfully replicate them night after night.

That likely would have been a problem for Lawrence, but it’s unlikely to trouble diners who are primarily interested in good food.

Currently, there are three ways to construct a meal at Wild Common: Guests can order a la carte; confine themselves to one selection apiece from the latter three courses, forgoing the “small bites” at the top of the menu; or sign on for the full “Wild Tasting,” which includes one of each of the snacks.

Unfortunately, there’s no way in the prix fixe format to bypass dessert, the weakest point of an otherwise very strong menu. There’s a dollop of lemon curd for those who like tart; nubs of chocolate cake for those who like sweet and a cheese plate apparently for those who believe presentation standards are for sissies. The sad assemblage of three too-cold cheese wedges, three pecans and a dribble of strawberry juice looks more like a room service solution to a guest’s unexpected request than a parting shot from a restaurant of this caliber.

Actually, the dessert course isn’t the last thing to land on the table. The check is presented with warm little pastries just pulled from the oven, which are testament both to the enduring charms of butter and eggs, and Wild Common’s ability to make good on the promise of its thoroughly excellent savory dishes.

Wild Common’s menu is front-loaded with exquisite one-bite wonders, such as the aforementioned oyster, a succulent royal red shrimp coyly hidden beneath a translucent radish slice and a grilled beef skewer that fairly sweats umami.

A harissa-enhanced lamb meatball, seated in vadouvan-spiced yogurt and scattered with white sesame seeds, is a regional outlier on a menu that takes inspiration from East Asia, but has deliciousness in common with the other items in its category. In short, don’t skip the snacks.

Inexplicable cheese course aside, most of Wild Common’s dishes are put together with great consideration for color and line. A meticulous crescent arrangement of pork belly and squid helps draw two heretofore strangers into an intimate dance. Chawanmushi, by contrast, isn’t much to see. There’s only so much you can do with egg custard and pickled vegetables in a dark mushroom broth.

But the flavors are haunting, and representative of the passions which Petrillo has explored so successfully at Zero Restaurant + Bar. Even if he’s not in the Wild Common kitchen, he is royally here.