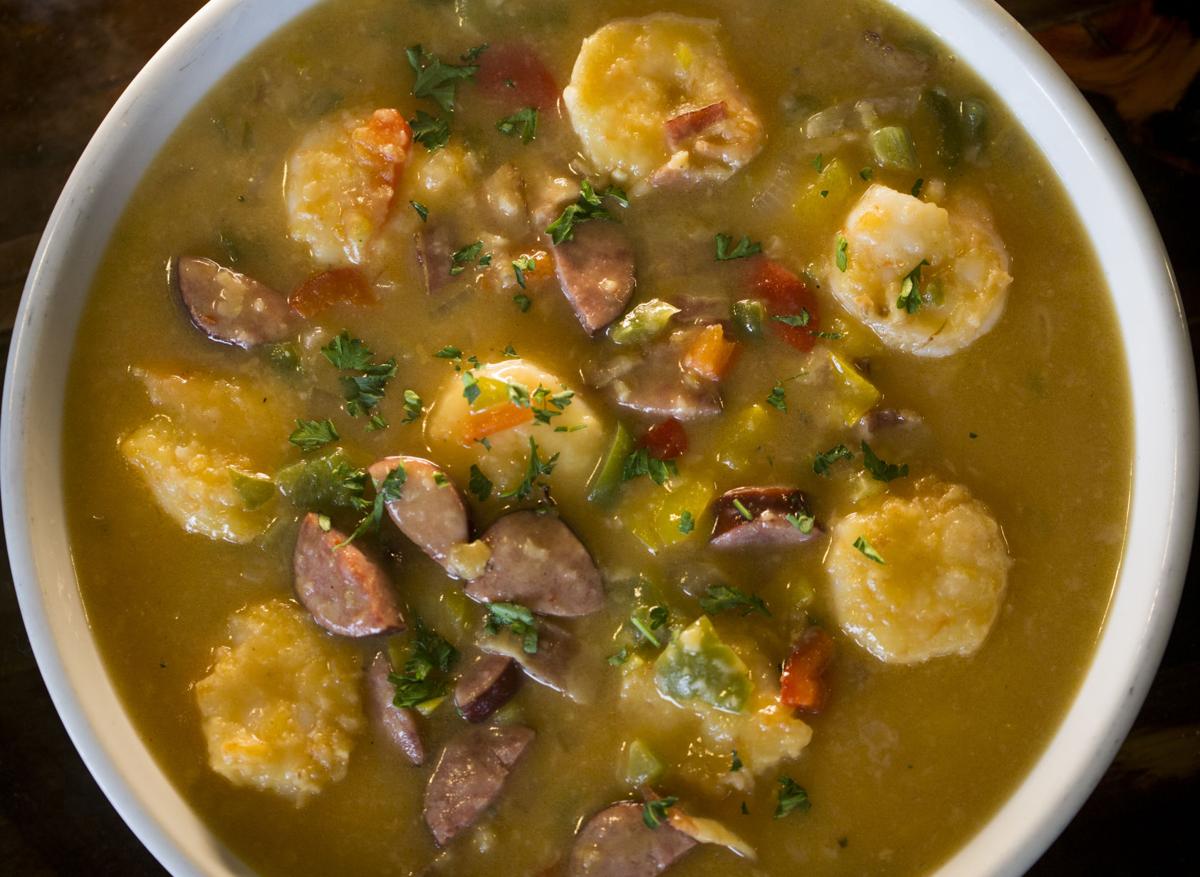 Shrimp and grits are offered at VIP Bistro on Tuesday, July 2, 2019, in Charleston. Gavin McIntyre/Staff 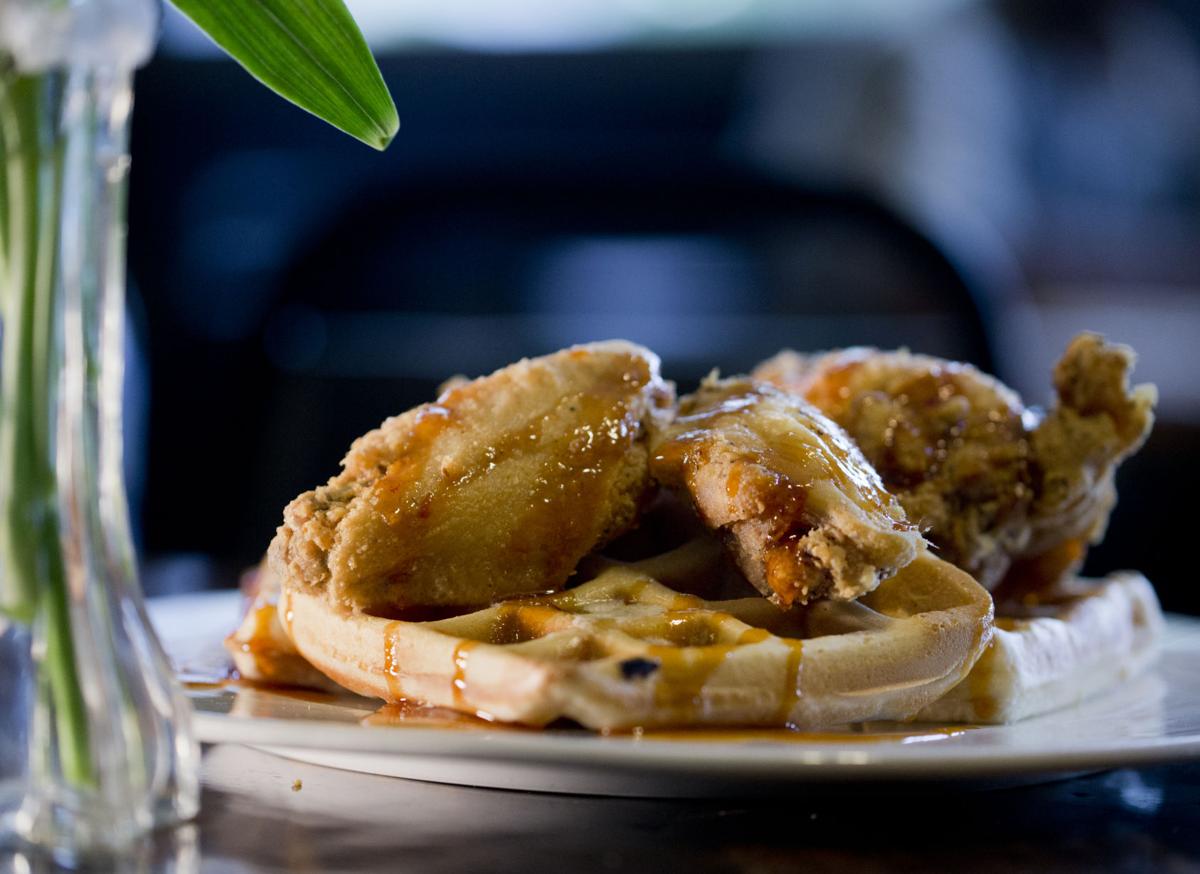 Chicken and waffles are offered at VIP Bistro on Tuesday, July 2, 2019, in Charleston. Gavin McIntyre/ Staff 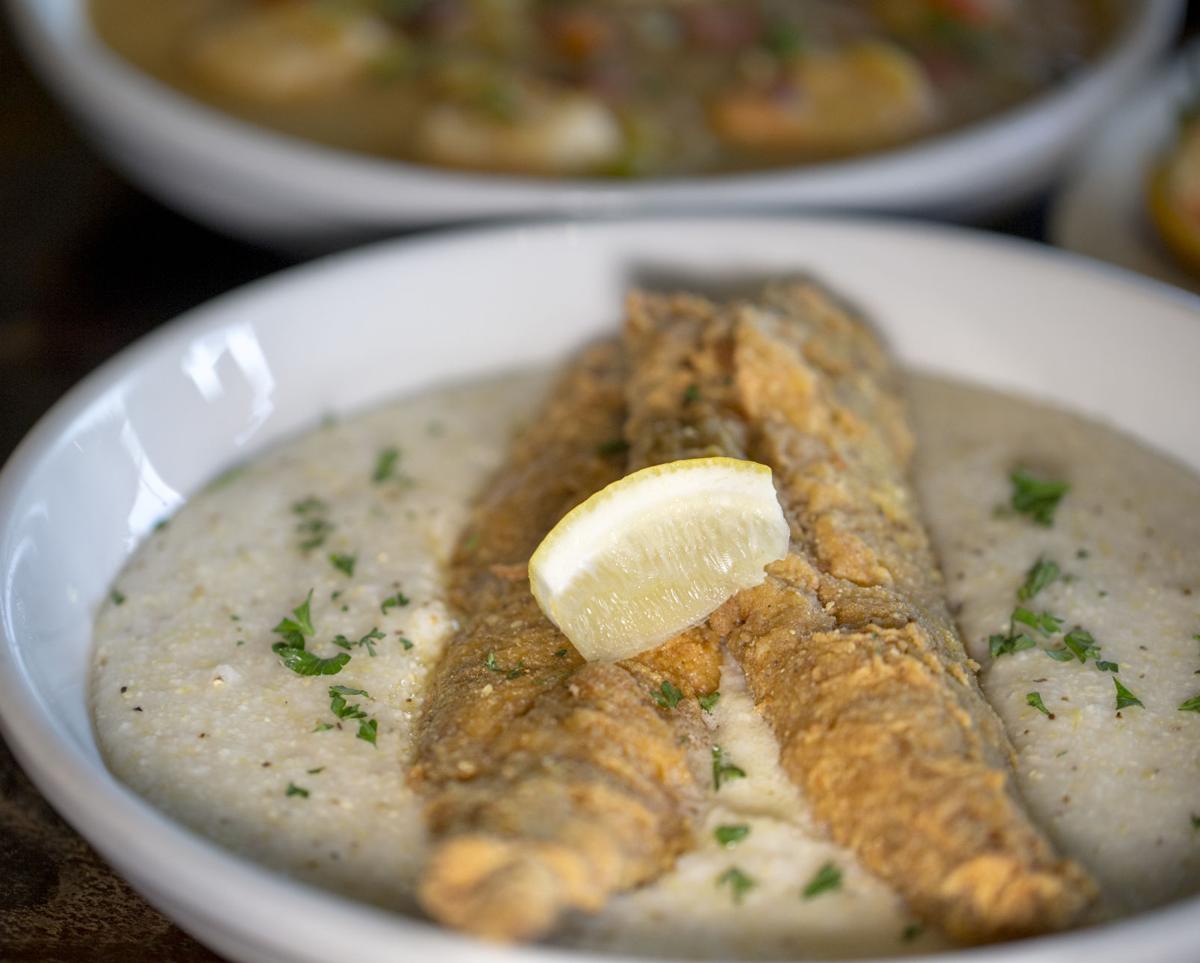 Fish and grits are offered at VIP Bistro on Tuesday, July 2, 2019, in Charleston. Gavin McIntyre/Staff 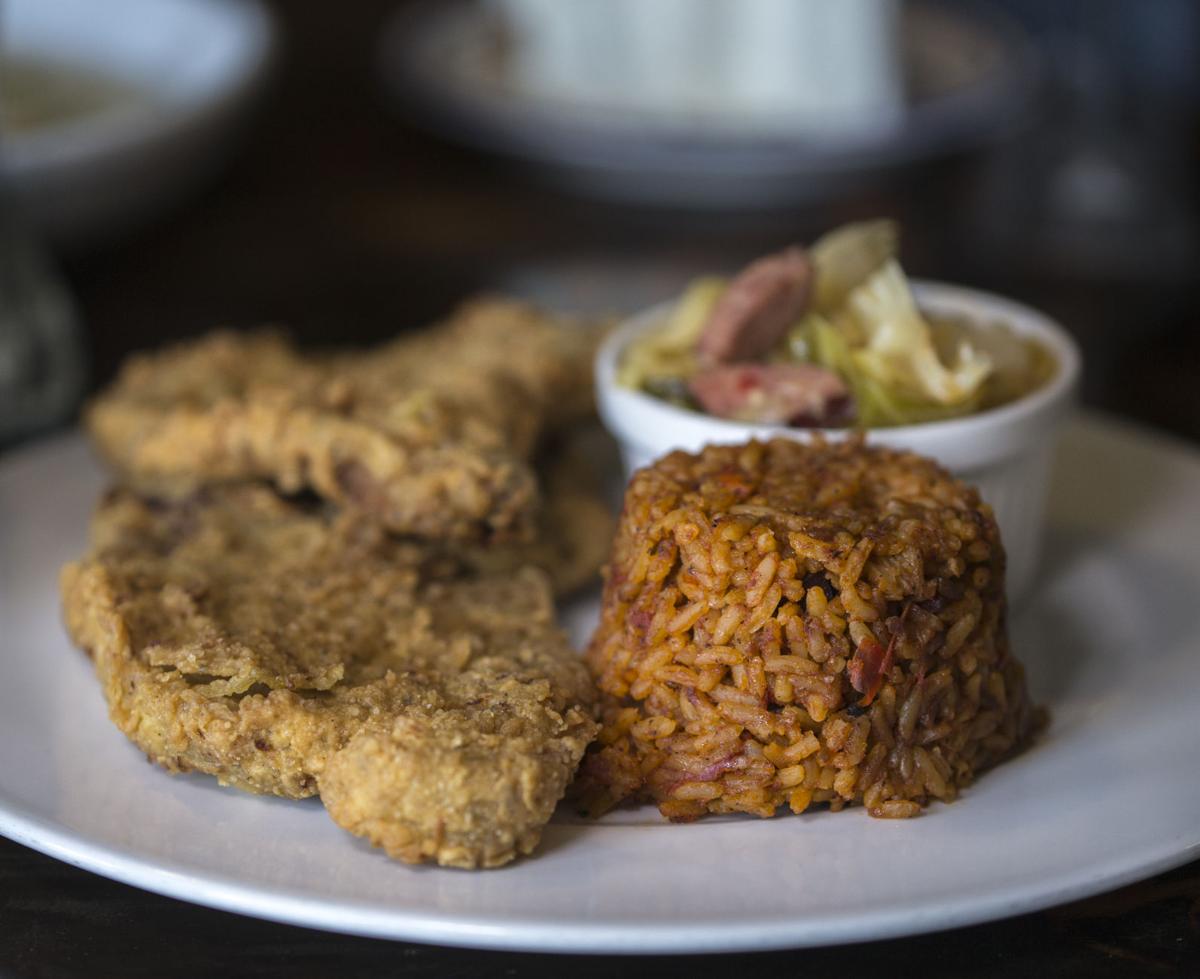 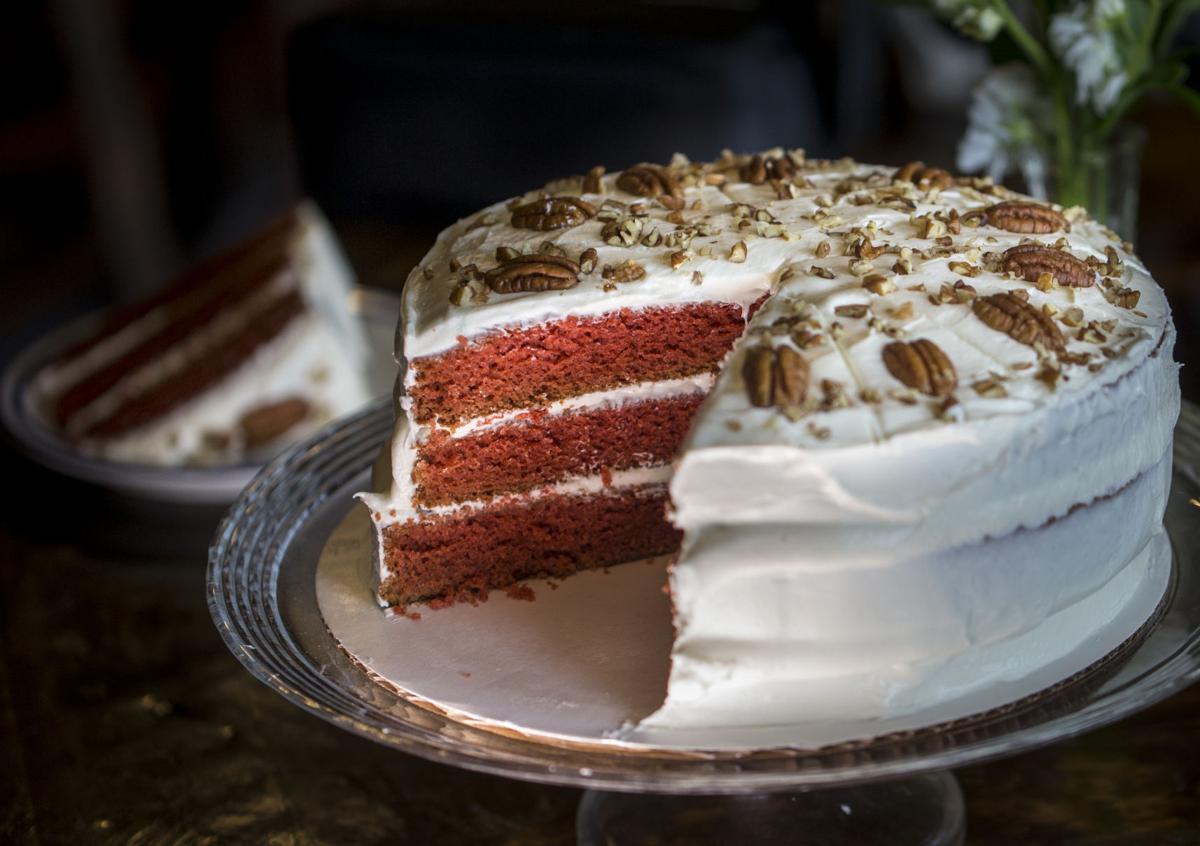 A red velvet cake with pecans on top is offered at VIP Bistro on Tuesday, July 2, 2019, in Charleston. Gavin McIntyre/Staff 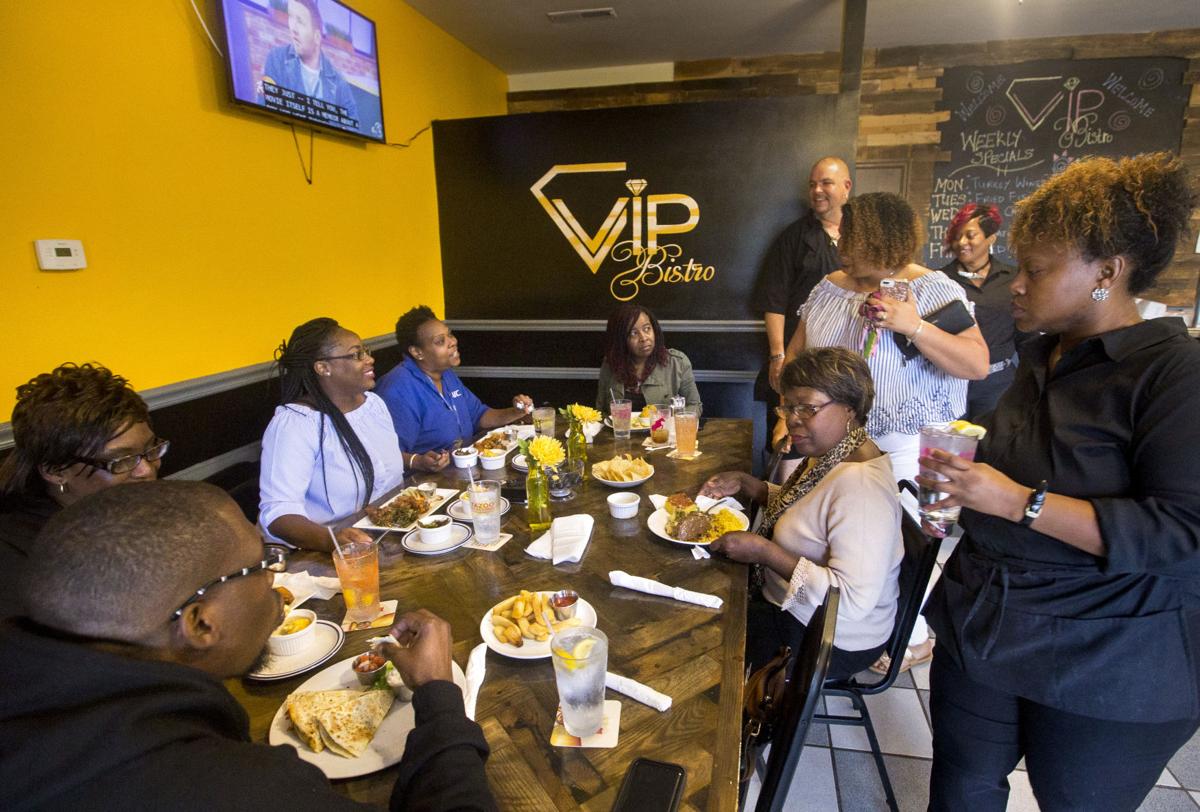 Shrimp and grits are offered at VIP Bistro on Tuesday, July 2, 2019, in Charleston. Gavin McIntyre/Staff

Chicken and waffles are offered at VIP Bistro on Tuesday, July 2, 2019, in Charleston. Gavin McIntyre/ Staff

Fish and grits are offered at VIP Bistro on Tuesday, July 2, 2019, in Charleston. Gavin McIntyre/Staff

A red velvet cake with pecans on top is offered at VIP Bistro on Tuesday, July 2, 2019, in Charleston. Gavin McIntyre/Staff

There are as many reasons to miss Hominy Grill as there were people who ate there.

Just like people, restaurants have lifespans, so this is not to say the staunchly Southern café is gone too soon. But try telling that to fans of Hominy’s chocolate pudding or country captain or biscuits or buttermilk pie, many of whom have been stalking downtown Charleston streets like pork fat-deficient zombies since the closure was announced, intent on finding acceptable stand-ins for their beloved dishes.

But of all the items at which Hominy excelled, grits were perhaps the most essential. After all, chef-owner Robert Stehling didn’t name the place “Tomato Pudding Grill.”

Stehling made no secret of the restaurant’s faith in coarsely ground corn and the generations of working people who’ve relied on it. He paid muralist David Boatwright to emblazon the slogan “Grits are good for you” on the building’s north-facing wall, along with a woman in waitress whites hoisting a tray with a mug of coffee and a bowl filled past the brim with just-off-the-stove grits.

The saying is there still, exhorting passers-by to think about breakfast, and putting the question in their minds: Where can I get magnificent grits now?

With apologies to Charleston Nasty fiends and other bereft Hominy patrons forced to soldier on, that’s a question with an answer: VIP Bistro.

VIP Bistro late last year opened in that plain-looking Meeting Street complex by the Arthur Ravenel Jr. Bridge exit ramp which for six years has been anchored by Local 616. Tenants to either side of the bar have turned over with unsettling speed (VIP is in the old Spero spot), but the property seems poised to emerge as a leading breakfast destination. A few doors down from VIP, El Pincho Taco is already serving stellar chilaquiles verdes and bloody marys sealed with tamarind candy sticks. And now here comes VIP with the fried whiting and grits.

To be clear, VIP Bistro isn’t exclusively in the breakfast business. Owners Catrina and Vernon Pinckney also operate Black Diamondz, a North Charleston lounge, so they’re fluent in nightlife. VIP doesn’t have a dance floor or an elaborate DJ stand, but it has a full bar and hookahs for the evening crowd, as well as enticing drink specials. From 7-8 p.m on Thursdays, before the all-you-can-eat blue crabs are served, wine is free.

Still, nobody can better appreciate the restorative powers of breakfast than someone who’s put on a party. Eggs and bacon take on outsized importance when last night’s dinner involved Jell-O shots.

Both are on the menu at VIP, which doesn’t cut off breakfast service at an arbitrary hour. Other choices include corned beef hash and a shrimp omelet and pancakes. Among the more traditional lunch options are a cheeseburger, club sandwich, pasta alfredo and array of vegetable sides, including a sassy interpretation of collards and tender red rice. But the trick is to order a plate on which there’s room for grits.

On sight, VIP’s grits are a doppelganger for the painted grits that loom over Rutledge Avenue, down to the curlicues of steam swirling up from the stark white bowl. The grits themselves are ivory-hued, and mercifully not flattened out to provide a canvas for a supposedly more important ingredient. Such is the sad fate of grits at the many local restaurants, which treat them merely as corroborating evidence of their Southern identity. VIP’s grits look more like a topographic map, with yellow butter pooling where the ponds would go.

In Boatwright’s mural, the grits wear a butter pat, too. Because no matter what you like to do with grits once they reach the table (VIP stocks both Frank’s RedHot for Northern transplants and Texas Pete for Carolinians), they have to engage with butter at some point. That’s what accounts for the creaminess of VIP’s grits, which coexists beautifully with the singularity of the grains. Their summery-ripe corn flavor streaks right through the richness.

Another grits mistake that restaurant kitchens are prone to make is to assume that well-sourced grits will compensate for inattentive cooking. It’s an attractive theory in a state that is home to Geechie Boy Mill, Anson Mills and Allen Bros. Milling Co., all of which make outstanding grits. But there’s no sports car so fine that a bad driver can’t crash it, and there’s no grit that a rush job won’t ruin. VIP is obviously investing time and care in its grits.

As for what to pair with the grits, it’s hard to surpass the delicately breaded whiting, with just enough salt in its crust to flatter the fleshy fish. But if your tastes tend toward fried pork chops, those are available, too. And while the chicken wings, crisscrossed with Sriracha bourbon glaze, are typically paired with waffles, your server could probably facilitate a swap.

Service at VIP is tremendously friendly, which brings warmth to a room that hasn’t changed substantially since its Spero days. Beyond a pair of televisions, decorative touches are minimal, but the money saved on gussying up translates to a $6.99 price tag on the breakfast sampler plate. My favorite place to sit is on the sunny side porch, furnished with umbrella-protected patio tables and a speaker broadcasting the restaurant’s upbeat R&B soundtrack.

During the day, VIP is typically staffed by one server and one cook, which means diners with schedule constraints are well advised to call in their orders. Still, the payoff for the wait comes in the form of dishes such as shrimp-and-grits. Here the grits are so thoroughly swamped by broth that it’s best to take a two-fisted approach to the bowl, much as you might with pho or another Asian noodle soup. The spoon’s for the gravy, abob with sliced sausage, and the fork’s for the rotund shrimp.

On my first visit to VIP, I asked my server if she knew why the grits were so good. She theorized that stone-grinding was the secret. On my third visit, she hinted that love might have something to do with it. As I left, she asked the cook if there was anything else he might want to reveal about his grits method. Not at this time, he said in so many polite words. I’d have to keep coming back if I wanted to know more.

After that visit, I could have pulled reporter rank and called the restaurant to get all of my grits questions answered. But honestly, I’d rather just keep going back.

VIP Bistro offers a variety of dishes and desserts on its menu.

At the three-month-old KinFolk, brothers Joe and Kevin Nierstedt have built a menu around smoked meat, soft-serve ice cream and the sort of fried chicken that’s likely to play a leading role in wistful memories of summer.

Beef is not a strong suit at Herd, which has a tendency to wipe out the advantages of good raising with copious amounts of salt and strongly flavored sauces.

Jack’s Café in early July posted a “Closed for Vacation” sign on its front door and hasn’t reopened since.