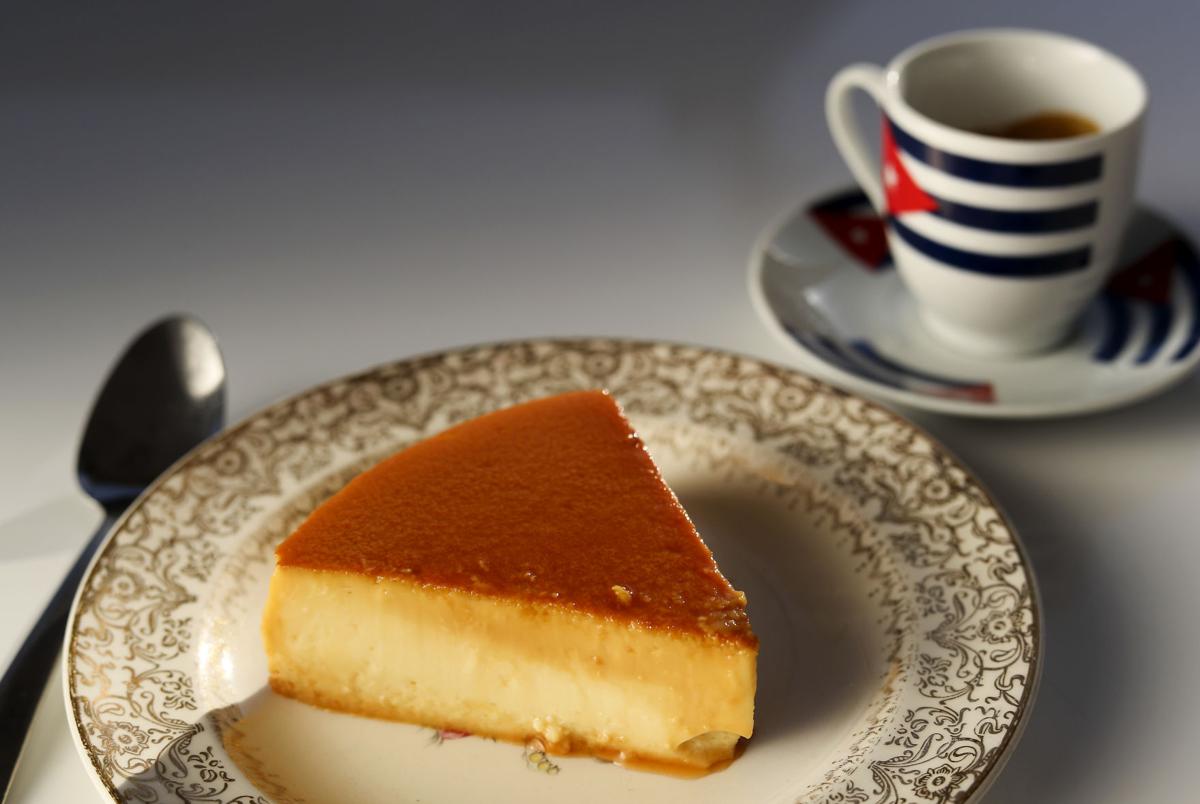 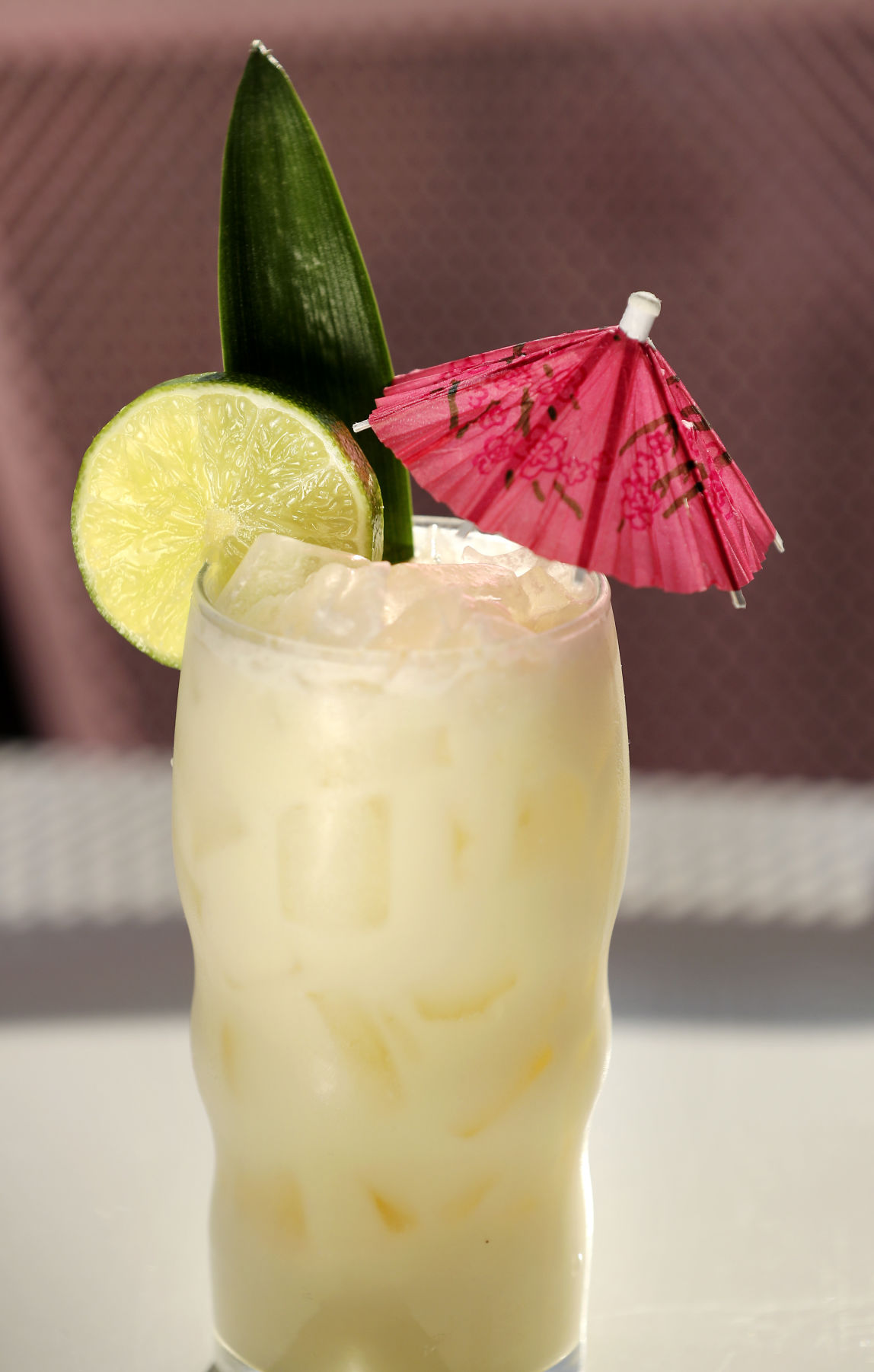 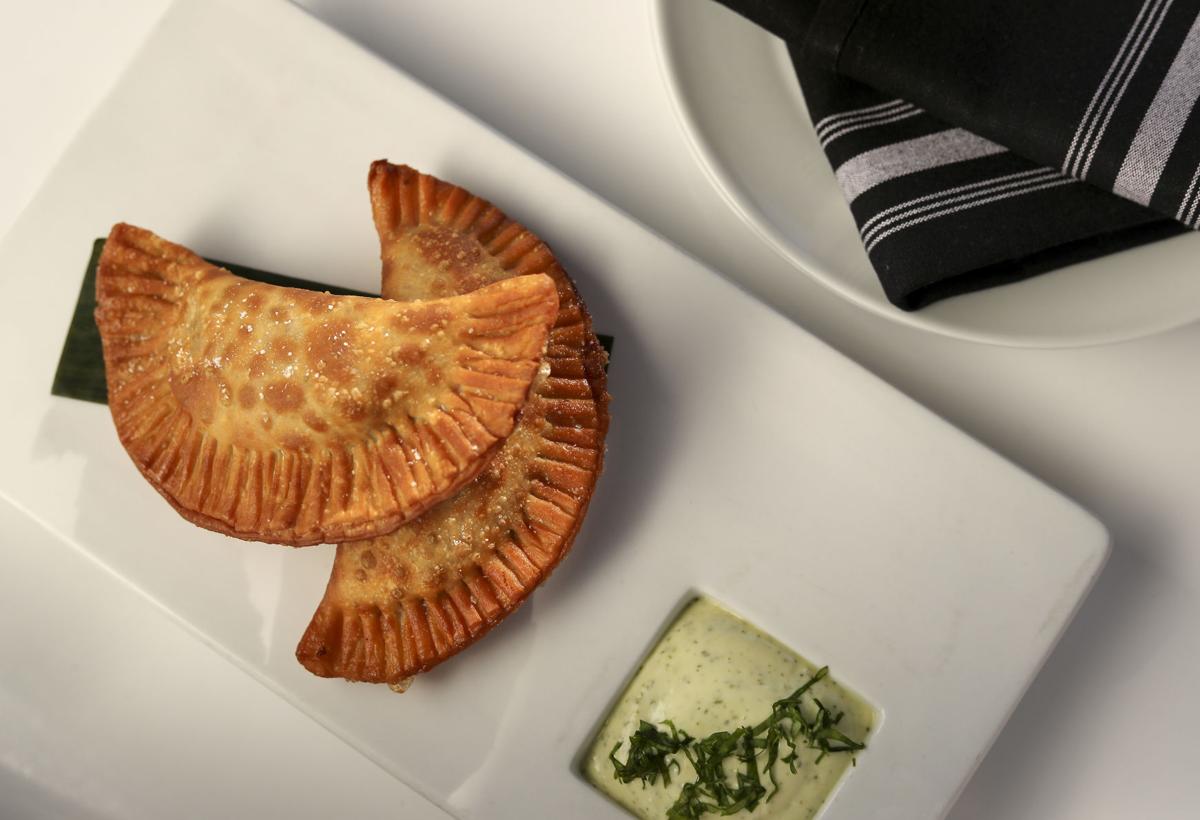 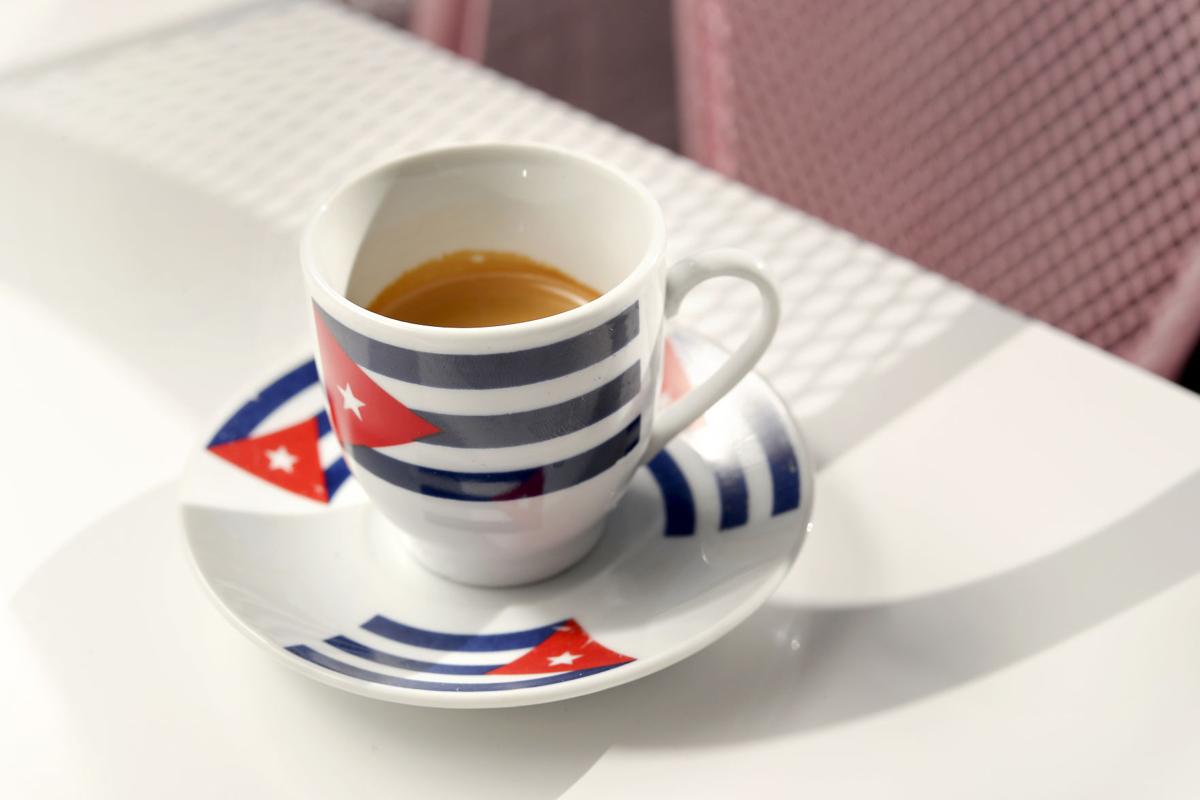 If you’re not a college football fan, you may have missed out on what’s surely one of the great innovations in sport, jewelry and motivational techniques. The University of Miami in 2017 created the turnover chain, an interlocked Cuban link gold necklace, which in its first iteration featured 900 sapphires and weighed more than 5 pounds.

When the chain first debuted, you couldn’t buy anything like it: Even the Hurricanes’ wealthiest boosters were forced to fashion their tributes from pasteboard and glitter. And the only way for players to get the chain draped around their necks for a few minutes was to take possession of the other team’s ball. (If you’re not a football fan, just know that’s a really hard thing to do.)

Lots of schools have since come up with their own versions of the turnover chain, but it’s so emblematic of Miami, in all its cocksureness and glitz, that the concept will forever be associated with south Florida. For the same reason, it’s not at all surprising that Spanglish has a Turnover Chain mocktail on its menu.

By the time you read this, the Cuban-American restaurant in West Ashley may have secured its liquor license. But for its first few months in business, while the state sorted out issues pertaining to a prior tenant, Spanglish wasn’t allowed to sell alcohol. Customers could choose between buying beer or wine at the gas station next door and ordering something like the Turnover Chain, essentially a virgin pina colada.

Problem is that makes it sound as though the Turnover Chain is some kind of consolation prize, when it’s in fact a great drink in its own right. Sharpened by lime, and frothy with coconut milk, the Turnover Chain hits the sweet notes at the heart of Spanglish’s register. It’s one of those transporting sips that conjures the beach without tasting like sunscreen. Keep ‘em coming, bartender.

Its name is equally on point. By opening an upscale cafe celebrating a specific subset of expat Latino cuisine, Tomas and Lynda Prado have taken the Charleston restaurant scene in a different direction. That’s thrilling, as interceptions always are. But just setting up the play is no guarantee of success: Many a chain-wearing Hurricane has watched on sadly as his teammates get nowhere with the ball he delivered.

It’s a stretch to say Spanglish has completely squandered its opportunity. Beyond the standout Turnover Chain, the drinks and desserts in general are sources of strength: A great deal of the passion that the Prados have channeled into their operation, first as a stall in the Workshop food court and now as a stand-alone restaurant on Saint Andrews Boulevard, is palpable in a shot of Cuban espresso and creamy, quivering flan.

“Our mission at Spanglish is to re-introduce Cuban-American dishes, made with the best quality, freshest, sustainably sourced ingredients available,” they announce on their website, going on to explicitly link their ambitions with their personal and cultural heritage.

As of yet, though, Spanglish is just a fine place to have lunch.

It could be an even nicer place to have breakfast, although guava pastelitos and lard-shiny pan tostada apparently aren’t in the cards. Still, the sun shines so urgently in Spanglish’s upbeat dining room that it seems a shame to waste an hour of it. The front of the house is basically a lavishly windowed box: Picture an aquarium with a black-and-white tiled floor, plus metal chairs and glass candleholders in various shades of pink. It is the highest possible compliment to say Jane the Virgin’s set designers would undoubtedly approve.

Servers who are as warm and casual as their surroundings will steer you to the El Cubano, Spanglish’s interpretation of the iconic pressed sandwich.

A Cuban is typically made with sweet deli-counter ham, but here country ham takes its place between the crusty bread, an innovation that has the unfortunate consequence of making the slim sandwich extra salty. The ham obscures the flavor profiles of seasoned roast pork, beer mustard and pickle brine, but they all seem to induce more thirst than satisfaction. Accompanying fries are of the type that is mostly outer shell.

The roast pork, or lechon asado, doesn’t fare much better on its own. Topped with crisp ribbons of pickled red onions, the pork is startlingly dry, although it would have perhaps made a juicier impression earlier in the day. More disappointingly, the mojo marinade, usually a garlicky showboater, is muted. Indeed, the marinade is so mild that one of my dinner companions shyly asked whether his roast chicken, to which it’s also applied, was short on salt.

Among the entrees, the ropa vieja is such a relatively good bet that a decent bookie probably wouldn’t take your money for it. The traditional stew, here punched up with pickled carrots and jalapenos, is beefy and warm. Even the white rice is lovelier in its company.

What else to order at Spanglish? Obviously, the key lime cheesecake is a winner. Billed as such, it’s really just a jar of key lime filling with crumbled Graham crackers strewn atop it, but it’s tart and refreshing and subtly rich. As for savories, bypass the overdressed salads and overcooked tostones for perfectly spherical ham croquettes, each sporting a dollop of paprika-hued mayonnaise. Crisp on the outside and exquisitely smooth within, the croquettes are a well-considered detour through tapas country.

And don’t miss the soulful picadillo empanadas. The salted hand pies are the restaurant’s bestselling appetizer, and the answer to where all of the garlic, onions and peppers have been hiding. According to the menu, the ground beef sealed within the tender golden crust is dry aged before simmering, a claim backed up by the meat’s nutty flavor. It’s faint, but it’s funky.

There’s no telling if Spanglish will eventually serve up more similarly assertive dishes, but swagger’s a good look in this instance. So much about Spanglish is sweet, from the people behind it to its well-made coffee drinks: The restaurant could stand to strut a little. 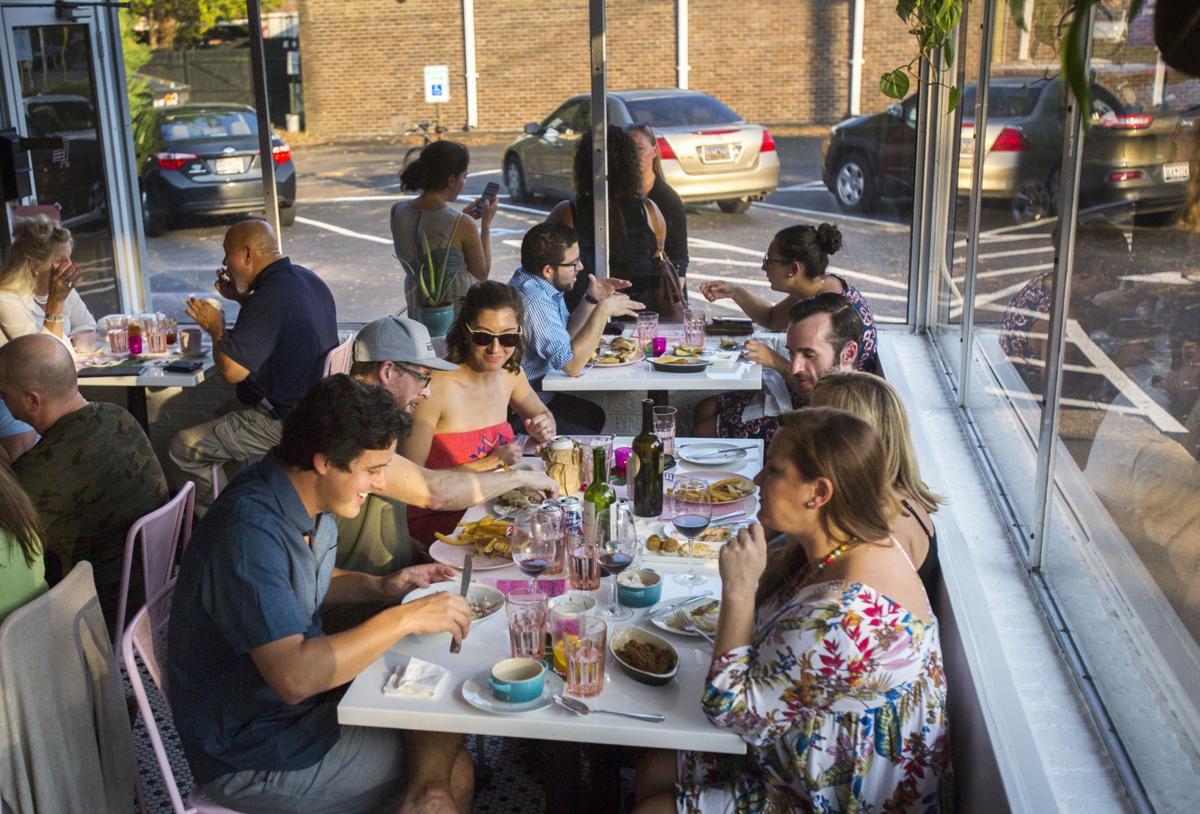 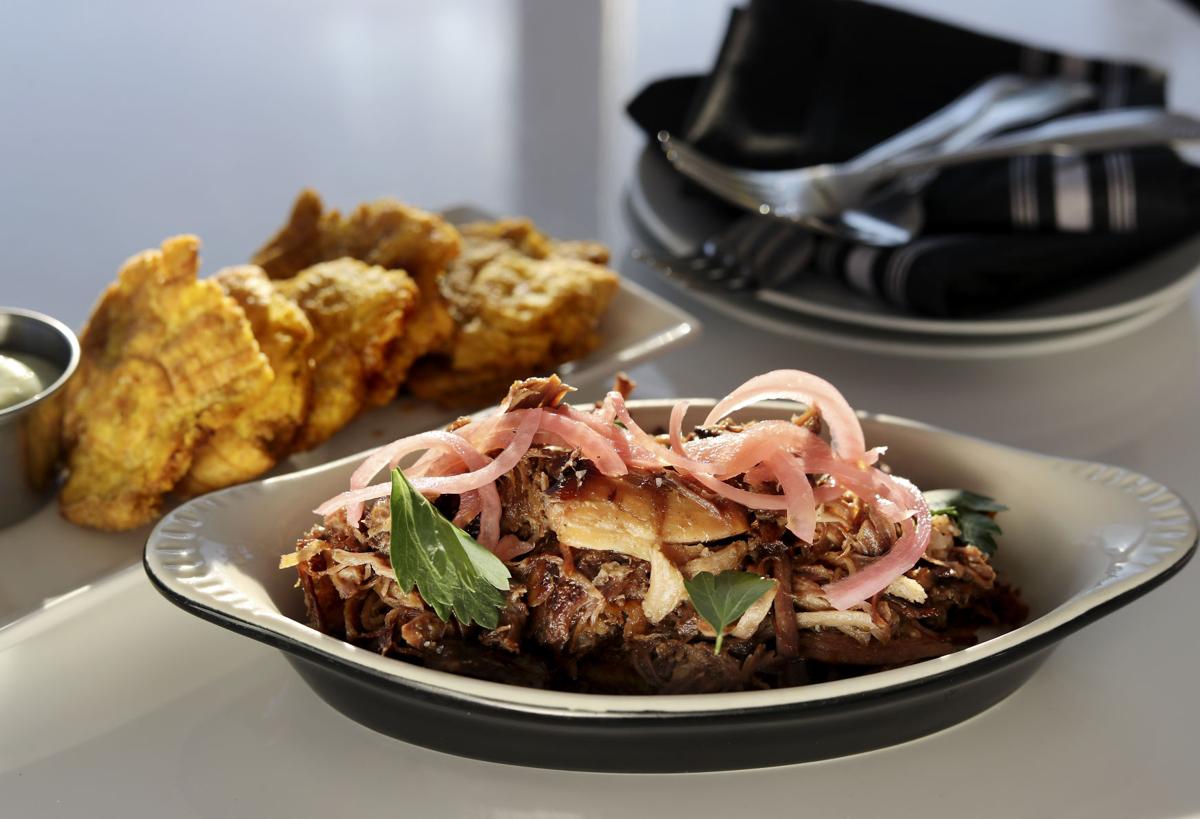 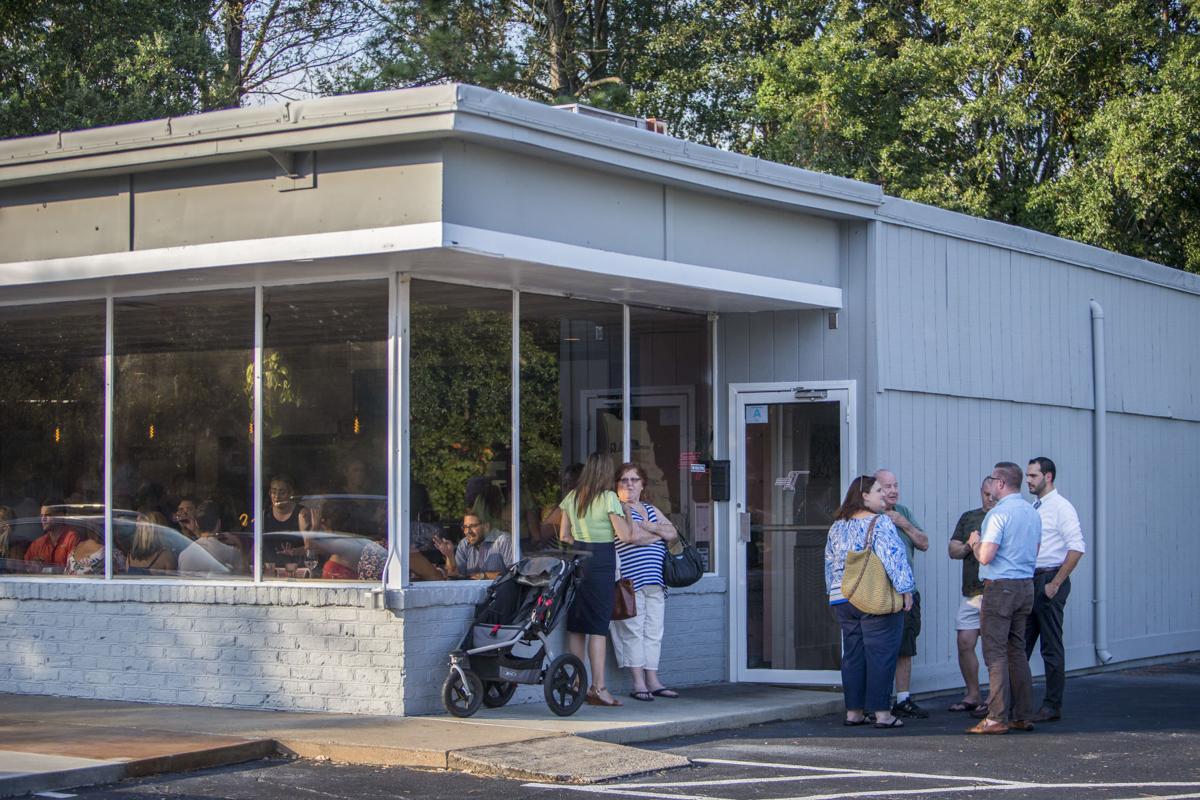 A crowd stands outside Spanglish as they wait to be seated Tuesday Sept. 10, 2019, in Charleston. Gavin McIntyre/ Staff 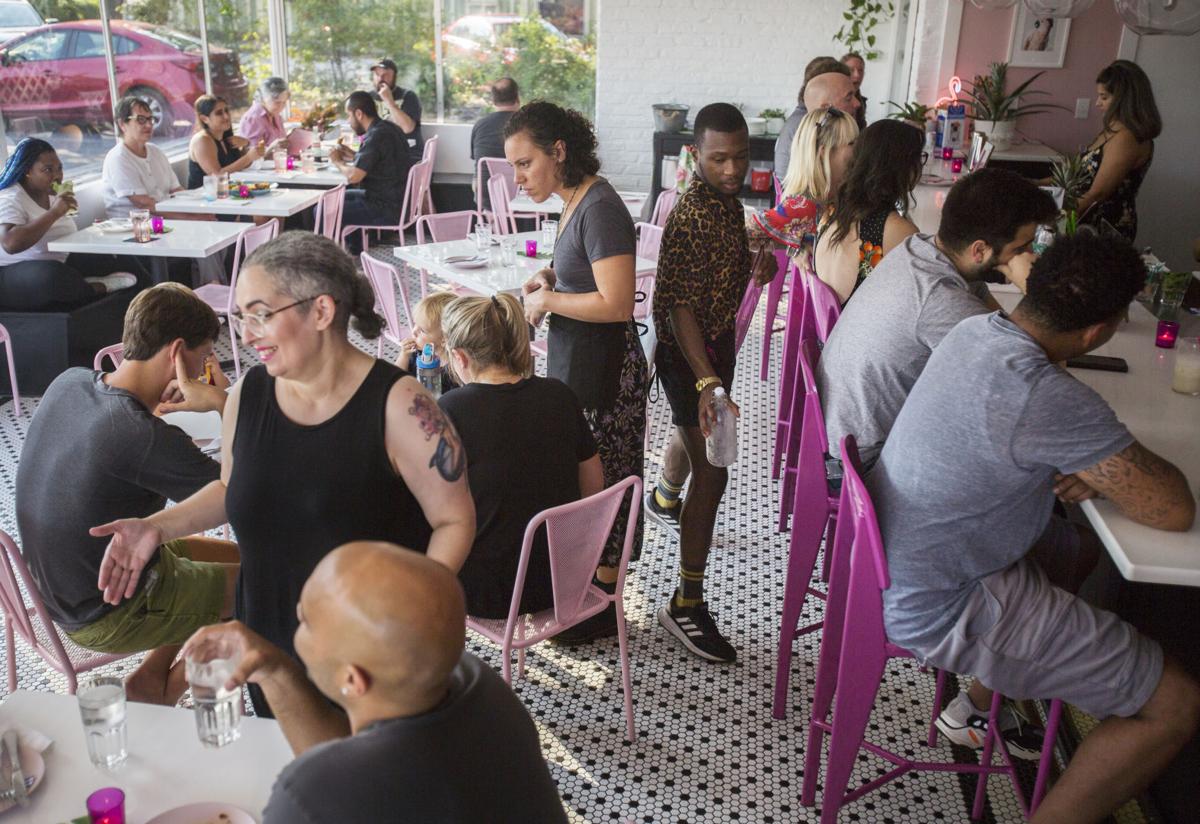 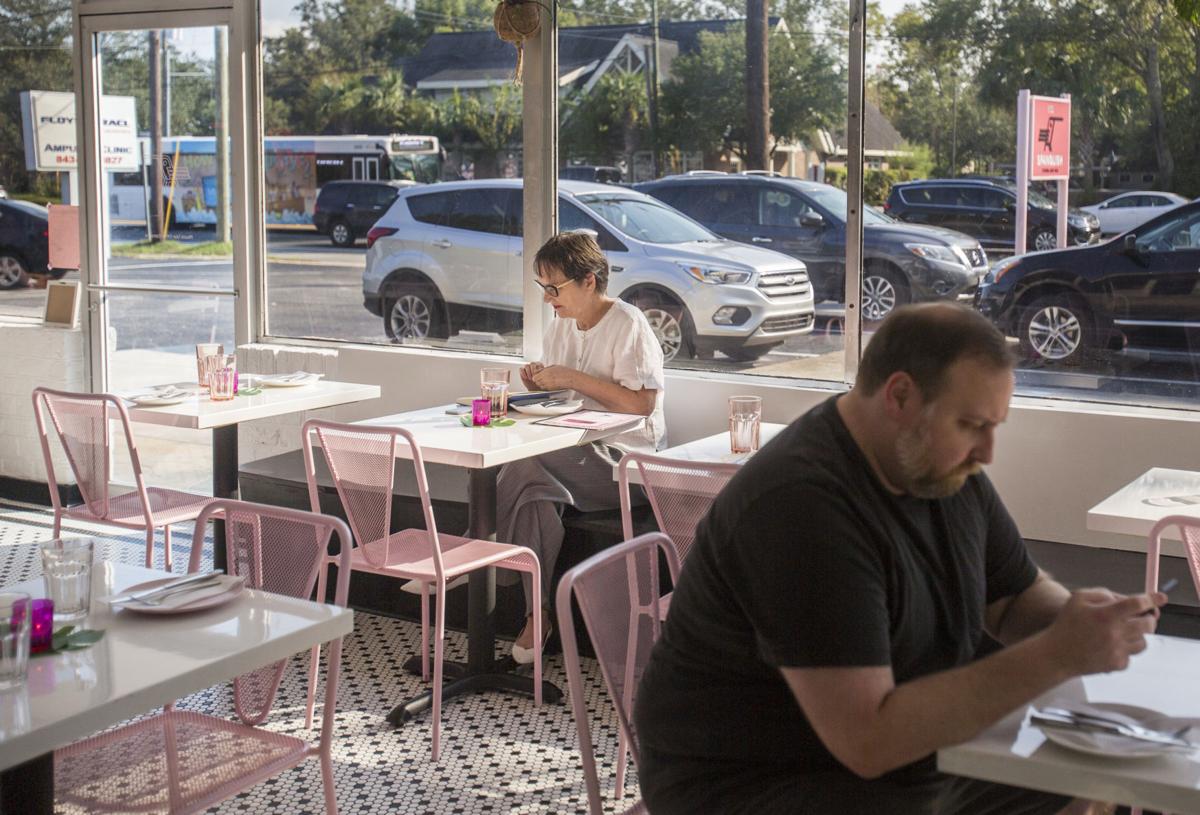 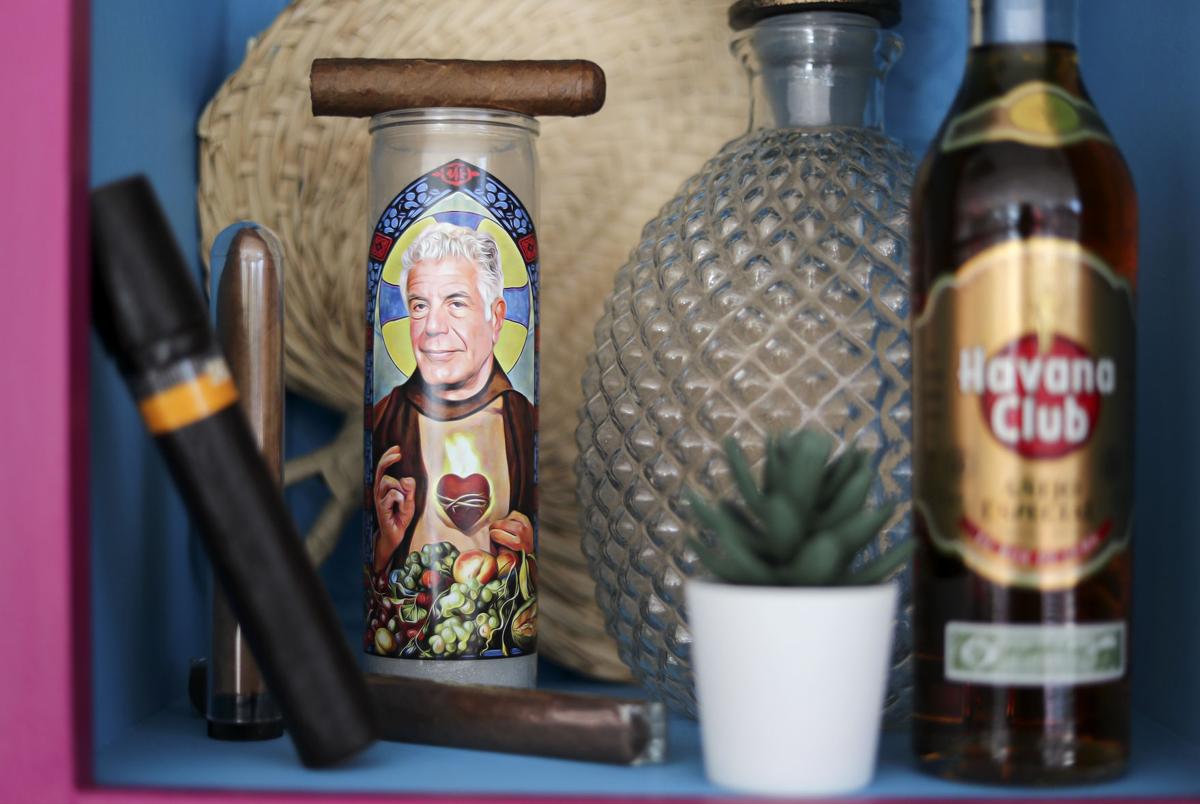 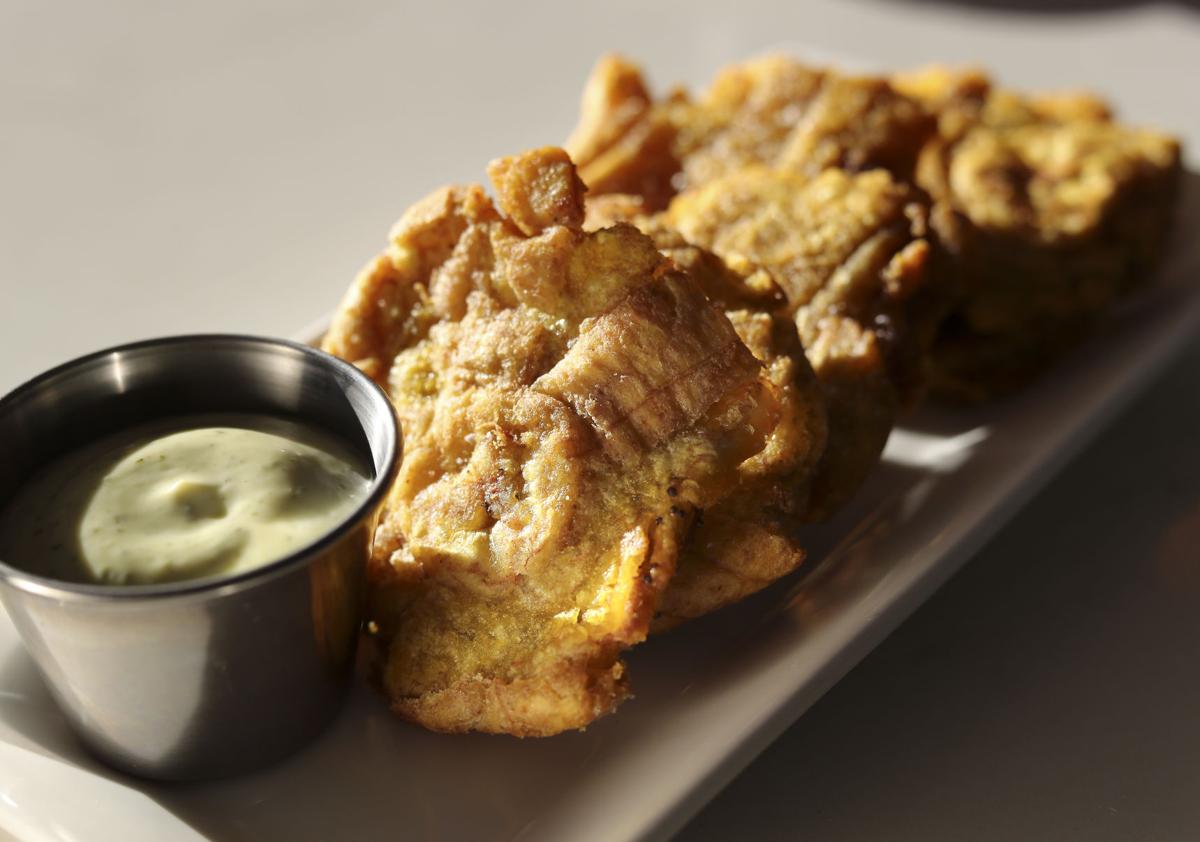