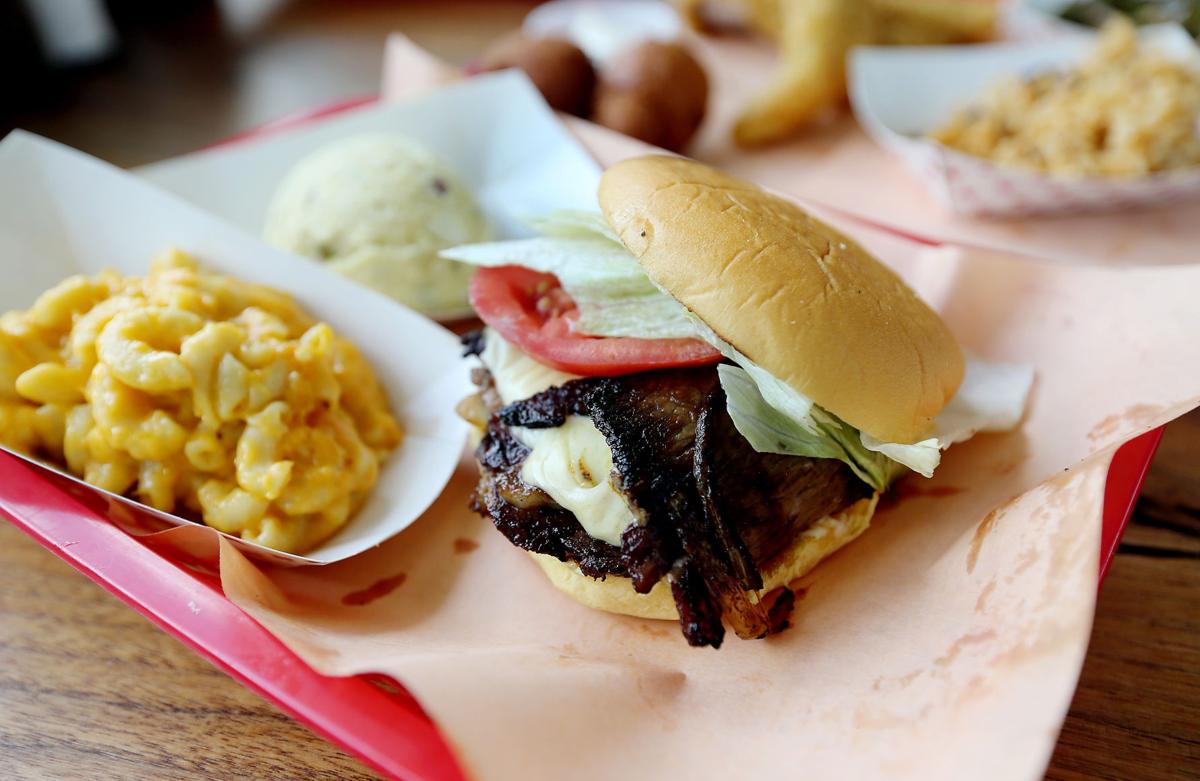 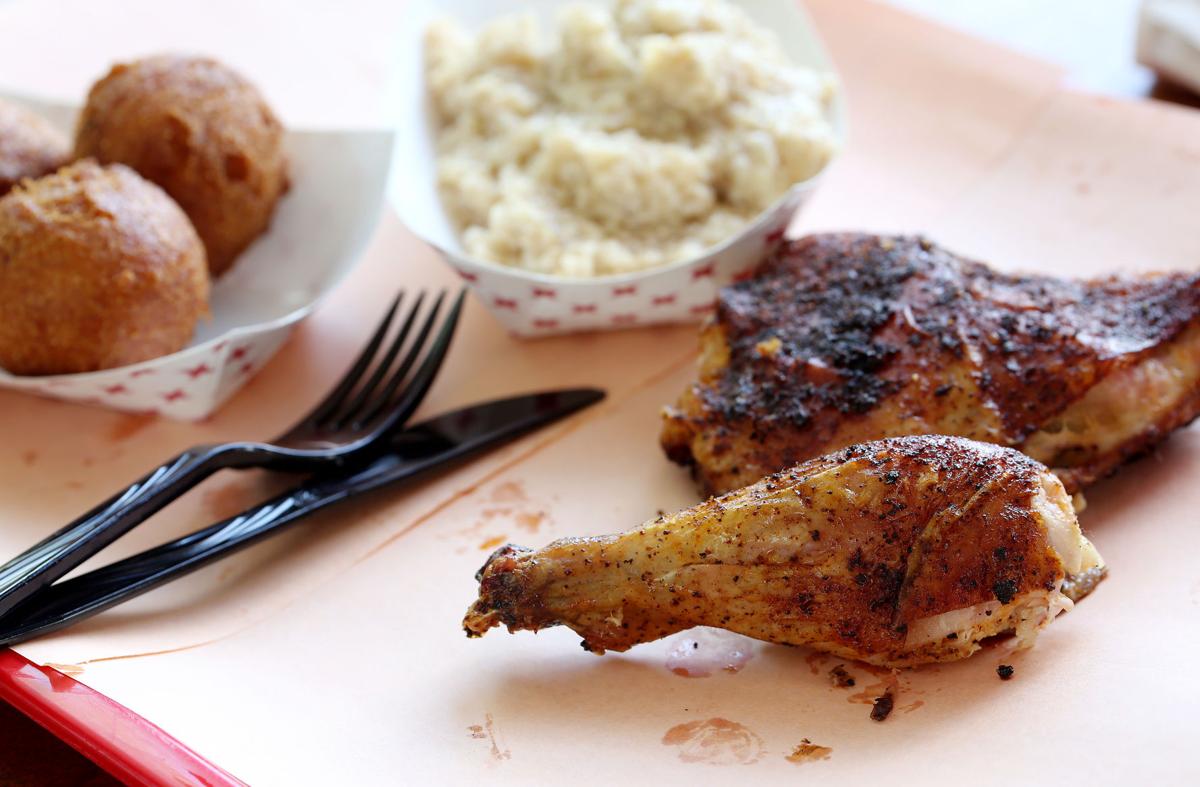 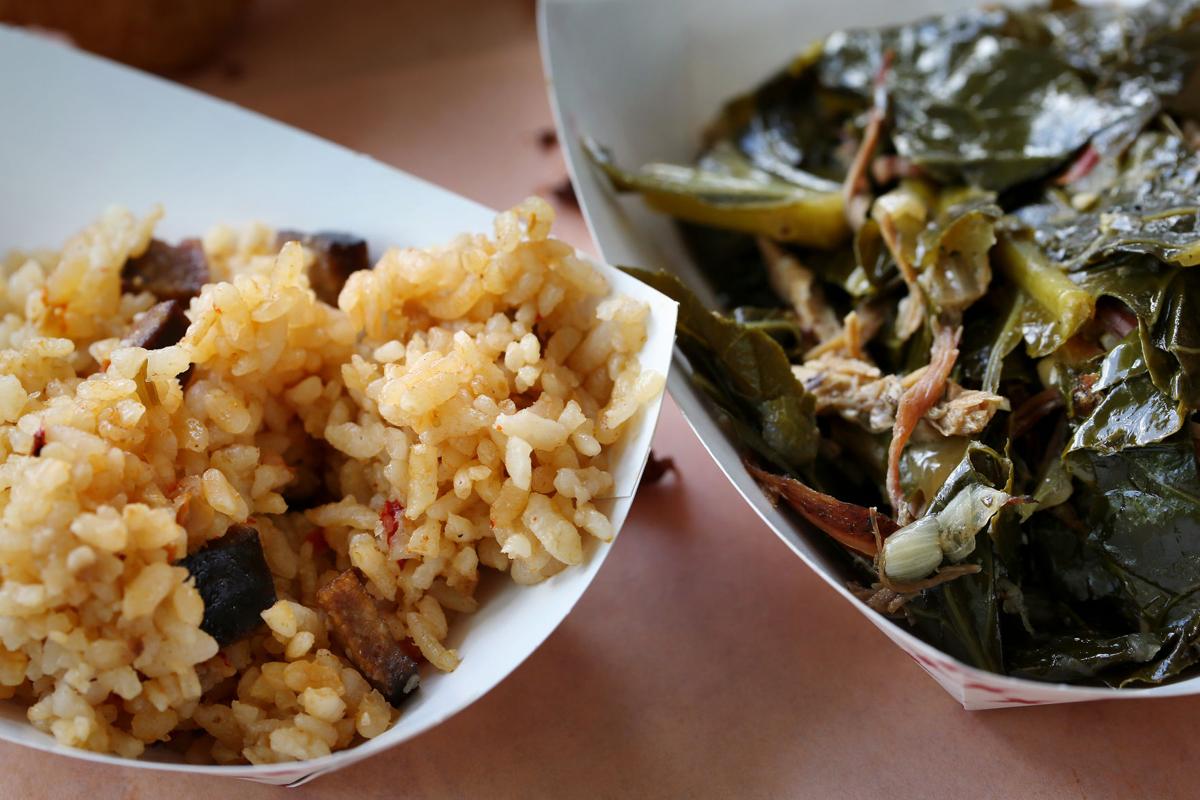 For weeks before Rodney Scott’s BBQ opened on upper King Street — weeks that felt like centuries to the Hemingway pitmaster’s many Charleston fans — neighbors could smell that the restaurant was coming. Test runs on shiny new cookers perfumed the air for blocks with the familiar scent of smoke and the fatty notes of animal flesh.

And when Food Lion shoppers and students leaving school weren’t surrounded by that aroma, they could hear that Scott was working. Beyond the sizzle of ribs and chop of the cleaver, there was Scott’s music, which is a constant whenever he’s in a pithouse.

Because Rodney Scott’s BBQ is as auditory as any restaurant out there, this week’s review was created in an audio format. It was released on Wednesday as an episode of The Winnow, The Post and Courier’s weekly podcast about dining in the South. To download the nine-minute review, visit iTunes, Soundcloud or your podcasting app of choice, and look for episode 35.

Like Rodney Scott’s BBQ, the review melds old and new. In other words, listeners won’t be shorted any of the description, context or opinion they expect from written criticism. But they’ll have the opportunity to experience the restaurant in a way that isn’t entirely dependent on words.

That might sound like a cop-out. Prior to a two-day stretch in the production studio, it halfway sounded that way to me. Obviously, it’s a difficult task to come up with phrases that haven’t already been applied to the distinctly Southern alchemy of wood and pig (and, in Scott’s case, glugs of vinegar and piercingly zesty red pepper). But there’s so much more to Rodney Scott’s BBQ than its dishes, as the souvenir T-shirts snapped up by radiant barbecue tourists so much as acknowledge.

On the back of every blue Rodney Scott’s BBQ shirt is the slogan “It’s all wood,” a punning reference to Scott’s famously easygoing attitude. (For instance, he let this critic park her recorder in the pithouse for hours.) But back at the barbecue joint now run by Scott’s father and son, it’s also literally true: In the 2009 New York Times story that vaulted Scott to stardom, John T. Edge reported that the Scotts “trade labor and chainsaw expertise for oak, hickory and, occasionally, pecan” trees downed by storms and worried homeowners.

At Rodney Scott’s BBQ, the burn medium is frequently charcoal, a concession to the crowds and city living. Between that adjustment and the hours that tend to pass between a pig being picked and served, the whole hog barbecue in Charleston is a shade less satisfying than what’s offered in Hemingway. Sauce is frequently essential.

It matters less than you might think. That’s partly a credit to hush puppies that brim with the sweet flavor of corn, mercifully salty smoked chicken, catfish fried with an angler’s care and a personalized spin on cheesesteak that would make a Philadelphian swoon. Also, the banana pudding is outstanding.

But it mostly has to do with the atmosphere that Scott has cultivated: Rodney Scott’s BBQ is a remarkably happy place where people of different ages, classes, races and sauce preferences really do share a table that runs down the middle of the glassed-in dining room. I hope you’ll download the review and visit the restaurant with me.

Listen to the review here:

Listen to the review

Listen to Hanna Raskin's first restaurant review in podcast form. Find it at The Winnow, The Post and Courier’s weekly podcast about dining in the South. To download the nine-minute review of Rodney Scott's BBQ, visit iTunes, Soundcloud or your podcasting app of choice, and look for episode 35.