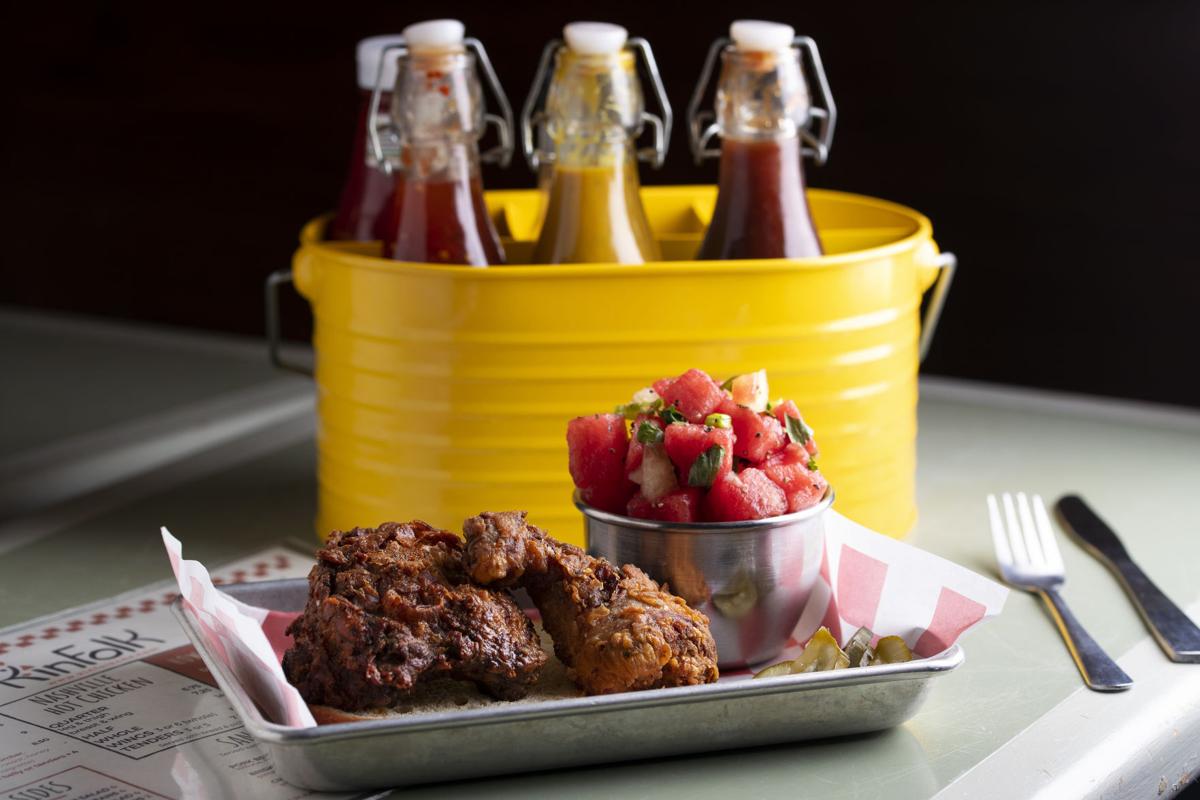 A Nashville hot chicken leg and thigh. prepared Southern style. is paired with a watermelon salad at KinFolk on Johns Island on Thursday, August 1, 2019. Lauren Petracca/Staff 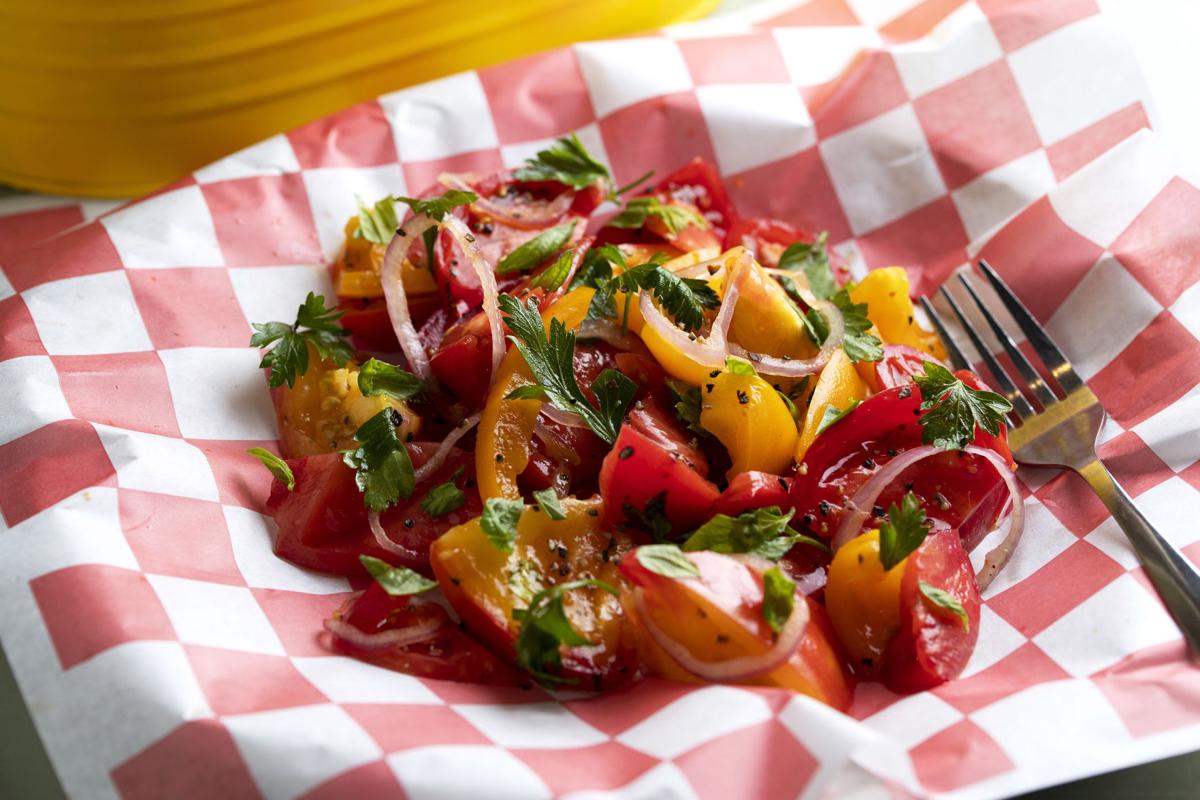 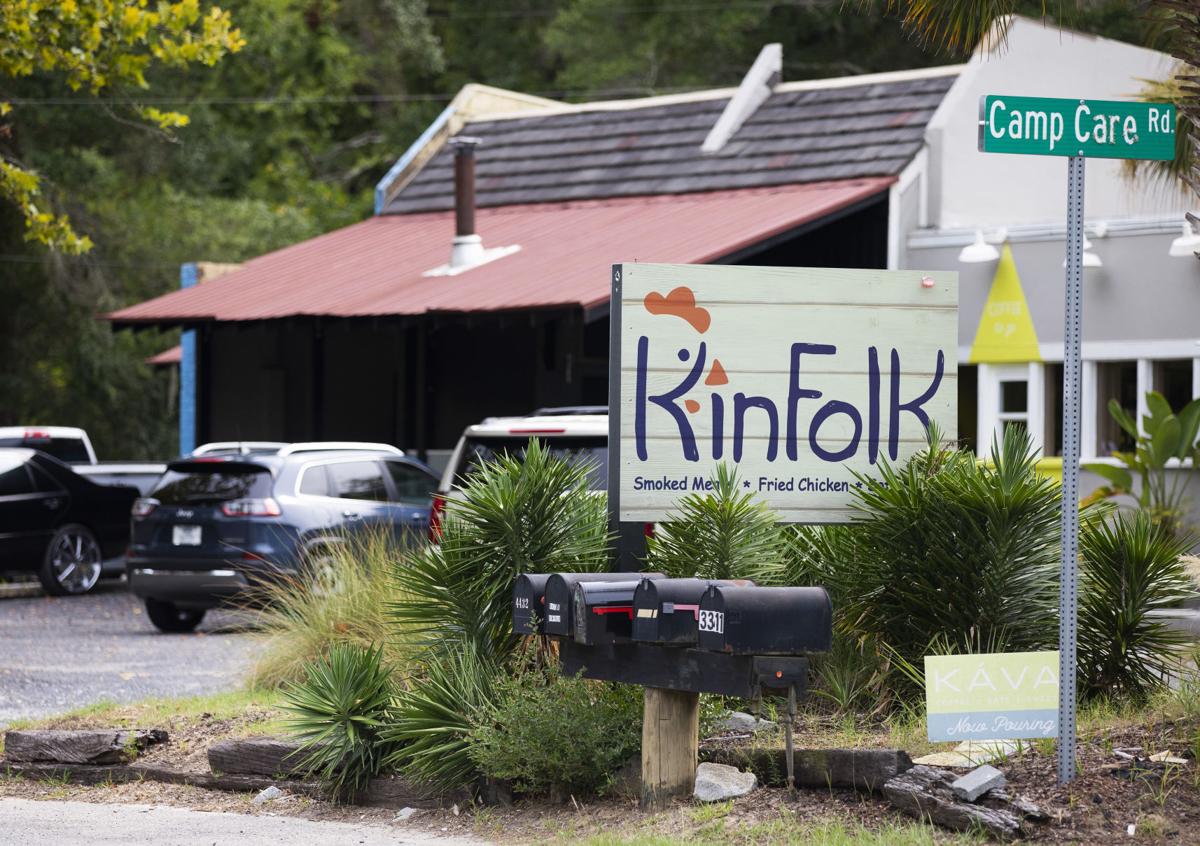 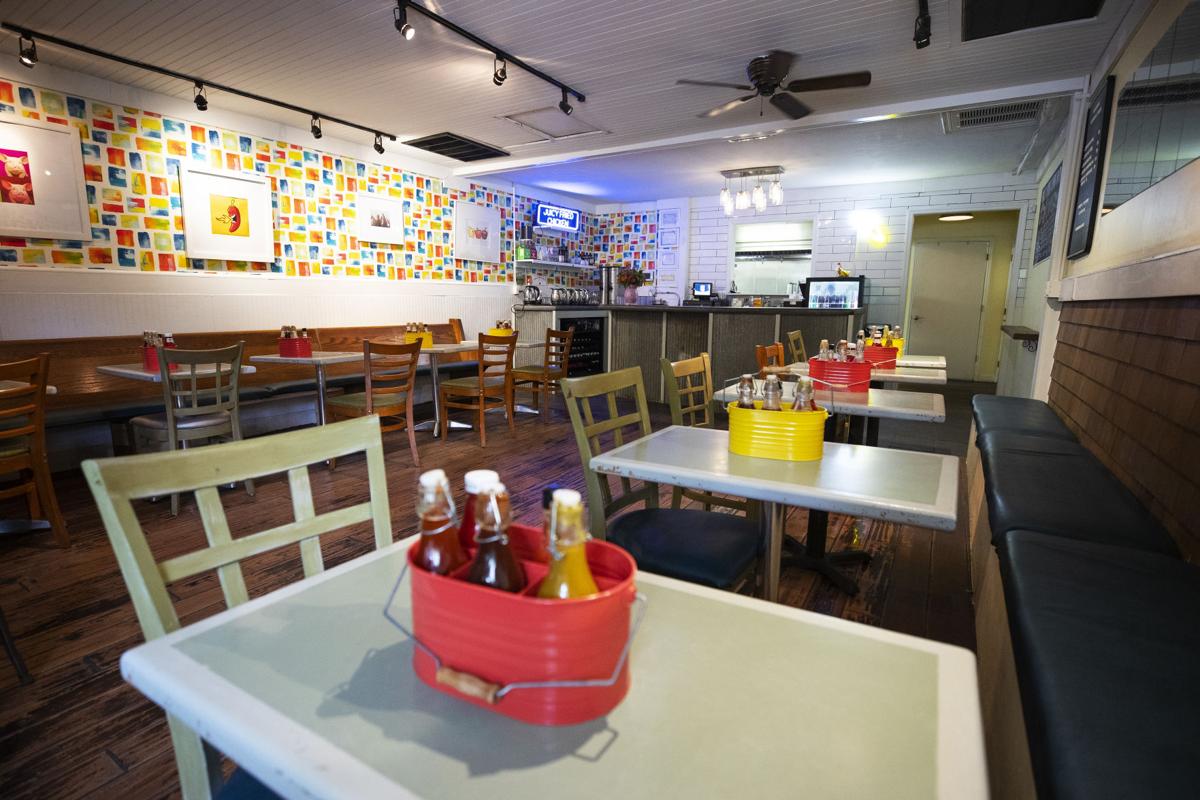 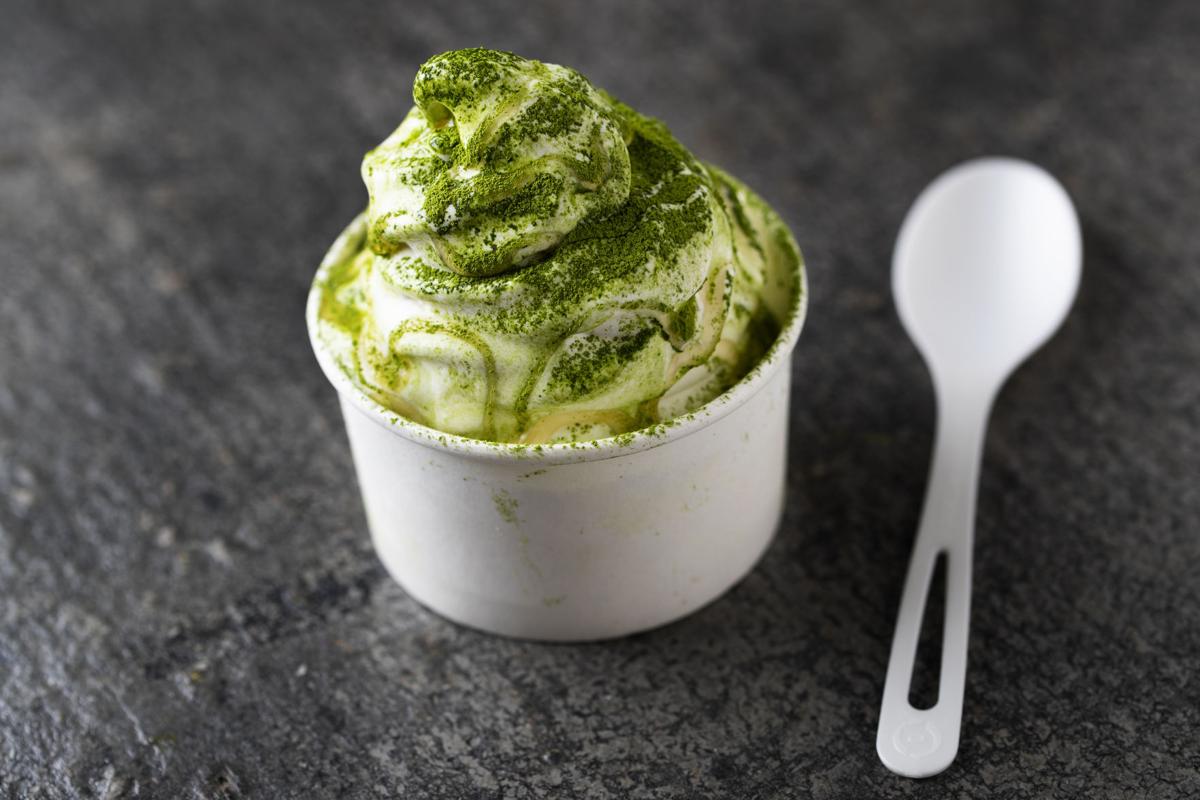 Nobody goes to the beach empty-handed.

If you were to pop the trunk of the average car bound for Kiawah Beachwalker Park, you’d no doubt discover printed sarongs, floppy straw hats, at least two different kinds of sunscreen, LaCroix sparkling water, frozen grapes, bocce balls, fashion magazines, tubs of hummus and a box of gluten-free crackers.

But what you’d be hard-pressed to find in a modern beachgoer’s stash is what our grandparents would have packed first: A picnic basket holding fried chicken, crisp and salty as a swimmer who’s spent the day in the sun.

Fortunately, the longstanding affinity of drumsticks and ocean air is now being properly honored on Betsy Kerrison Parkway. At the three-month-old KinFolk, brothers Joe and Kevin Nierstedt have built a menu around smoked meat, soft-serve ice cream and the sort of fried chicken that’s likely to play a leading role in wistful memories of summer.

Charleston area residents are fond of ticking off the underrepresented restaurant styles that eaters here need. But a crusted KinFolk thigh, ideally accompanied by a spirit-lifting salad of cubed Johns Island watermelon and mint, is a kitchen’s way of saying, “You don’t even know.”

Turns out, what was actually missing from this segment of the landscape was a restaurant melding the area’s dual identities as carefree Southern beach town and nexus of culinary sophistication. What was missing was a place to throw back chicken wings and drink orange wine; a place that makes high-level cooking fun.

But any overlap between the two restaurants doesn’t extend past their menus. KinFolk is more casual and more affordable. You’re more likely to be seated next to half a dozen laborers on a lunch break than bachelorettes on a bender. Unlike Leon’s, which is stylized to the hilt with Gulf Coast references, the boxy dining room at KinFolk gets its vacation cottage vibe from wooden plank floors, ceiling fans and brightly colored tabletop pails holding condiments and silverware rolls. The look offers license to show up sandy and make a racket.

Over the course of three visits to KinFolk, I never saw anyone attempt the former, but the latter is apt to pose a problem for someone interested in what his or her tablemate has to say. Typically, the mood at KinFolk is calm, which is a credit to the restaurant’s capable and caring service. Yet, in a room that’s stripped down enough to make a lifeguard seem overdressed, all it takes to rupture the relaxed atmosphere is a wailing baby or boisterous golf foursome.

Still, save for an awkward system that requires customers to walk over to a chalkboard menu when they’re ready for dessert, that’s about the only flat note at KinFolk (and if you’re a golfer or a baby, it might not bother you one bit.) In the realm of food and drink, KinFolk is an immediate standout.

Most of the recent chatter about Nashville-style hot chicken, which is how KinFolk characterizes its poultry, has centered on whether it’s right for white restaurateurs to make money off a style originated by African American chefs. That said, at least in matters of cuisine, appropriation is a shape-shifting monster: Best avoided, but difficult to pinpoint precisely.

In other words, eaters will have to make up their own minds about the suitability of hot chicken for the fringes of Freshfields Village. To me, though, KinFolk's approach doesn’t come across as politically fraught, perhaps because it was an improvised solution to an unexpected problem, which is essentially hot chicken’s origin story, too. According to a server, the Nierstedts wanted to make pizza (speaking of borrowed techniques), but the building wasn’t outfitted for it.

Their disappointment was their customers’ good fortune. The fried chicken at KinFolk is juicy and fat, featuring meat flavorful enough to stay in the ring with its crunchy outer crust, a marvel of seasoning and structure. Chicken ordered mild, medium or fire is tinged pepper red, and served per tradition atop a slice of white bread with a telltale cayenne splotch.

When hot chicken is very hot, that piece of bread is critical for soaking up the pepper paste-and-lard sauce on plates and in beleaguered bellies. At KinFolk, it fulfills more of a decorative function, since even the fire-grade chicken isn’t particularly spicy. Or, more accurately, it wouldn’t be classified as such by eaters accustomed to extreme spice, who are probably the only fools likely to order it.

It’s not odd when eating hot chicken to wonder if you’ll ever be able to remove your contact lens or when the soles of your feet might stop sweating. It is downright unusual to ask oneself, as I did both of the times I ordered KinFolk’s very hottest chicken, if there was an order mix-up. (Flavor-wise, I’m a fan of the medium-heat chicken, which isn’t breaded quite as thickly as its supposedly hotter counterpart).

But why chase a one-dimensional thrill when there’s nuance on the table? Both of the Nierstedts, who grew up on James Island, have impressive professional backgrounds, including stints as private chefs and a turn at The Fat Duck.

Although I wasn’t familiar with the brothers’ resumes when I first visited KinFolk, I pulled up their LinkedIn pages as soon as I tasted their magical watermelon salad. It’s clear that this kitchen isn’t skipping any steps, from buying fresh ingredients to making sure something as humble as coleslaw looks its best in a silver ramekin. Even the pickles are carefully sliced to showcase the plucky interplay of vegetables and vinegar.

KinFolk does a nice job with prepared appetizers, such as a smoky pimento cheese and brittle pork rinds paired with a tantalizingly cool onion dip. Maybe file those away for after market season, since it’s hard to compete right now with the allure of blistered shishito peppers, scattered with benne seeds. Until the weather rules otherwise, focus on a salad of split cherry tomatoes or side of pert corn kernels, a dish that brooks no pessimism.

When the smoker’s cranking at KinFolk, a terrific aroma permeates the parking lot. As of yet, none of the barbecue should dissuade you from ordering fried chicken, although a recent sausage special played to the Nierstedts’ proven strengths in subtlety and salting. But there is no excuse for forgoing ice cream, served in your choice of cup or cone, wearing a cute drip-catching collar.

And that’s the easiest of your options. You also have to decide among dips, sauces and toppings, including potato sticks, smoked olive oil, toasted coconut and Ghost Reaper sugar. Of course, the secret is, at KinFolk, you really can’t go wrong.

KinFolk is located along Betsy Kerrison Parkway on Johns Island.

Beef is not a strong suit at Herd, which has a tendency to wipe out the advantages of good raising with copious amounts of salt and strongly flavored sauces.