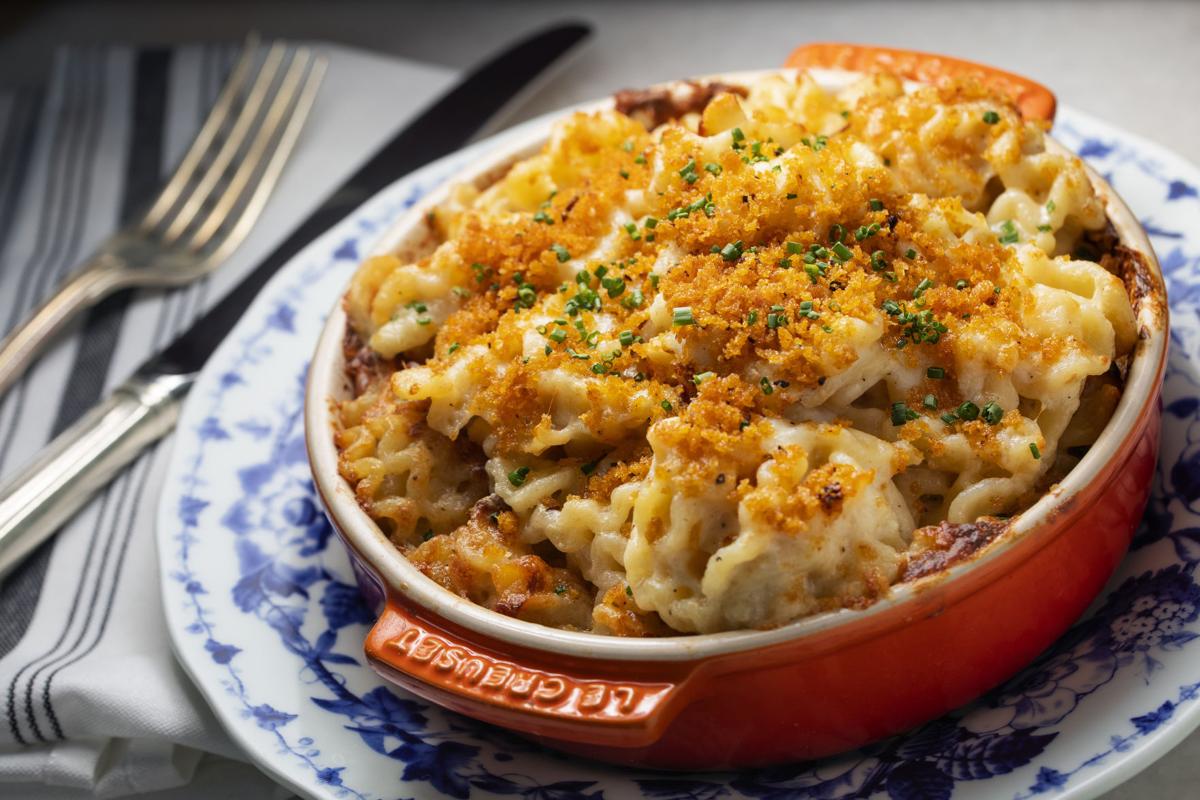 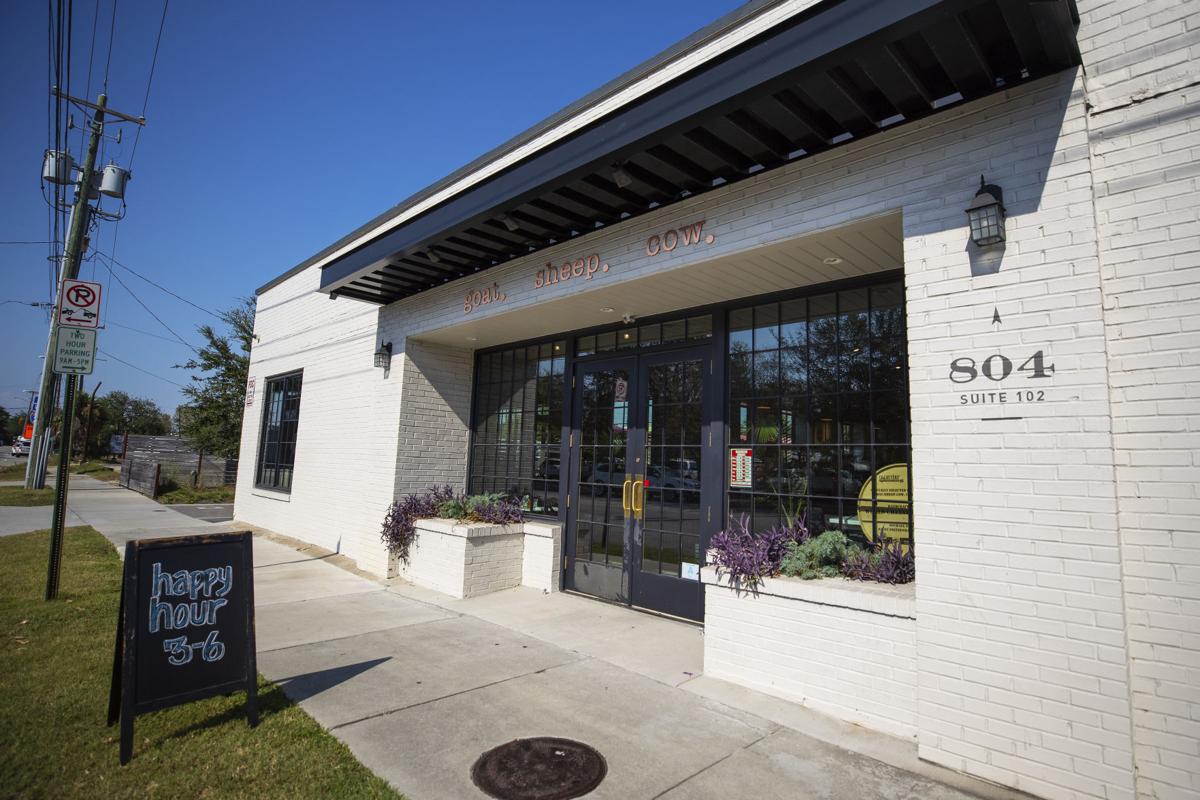 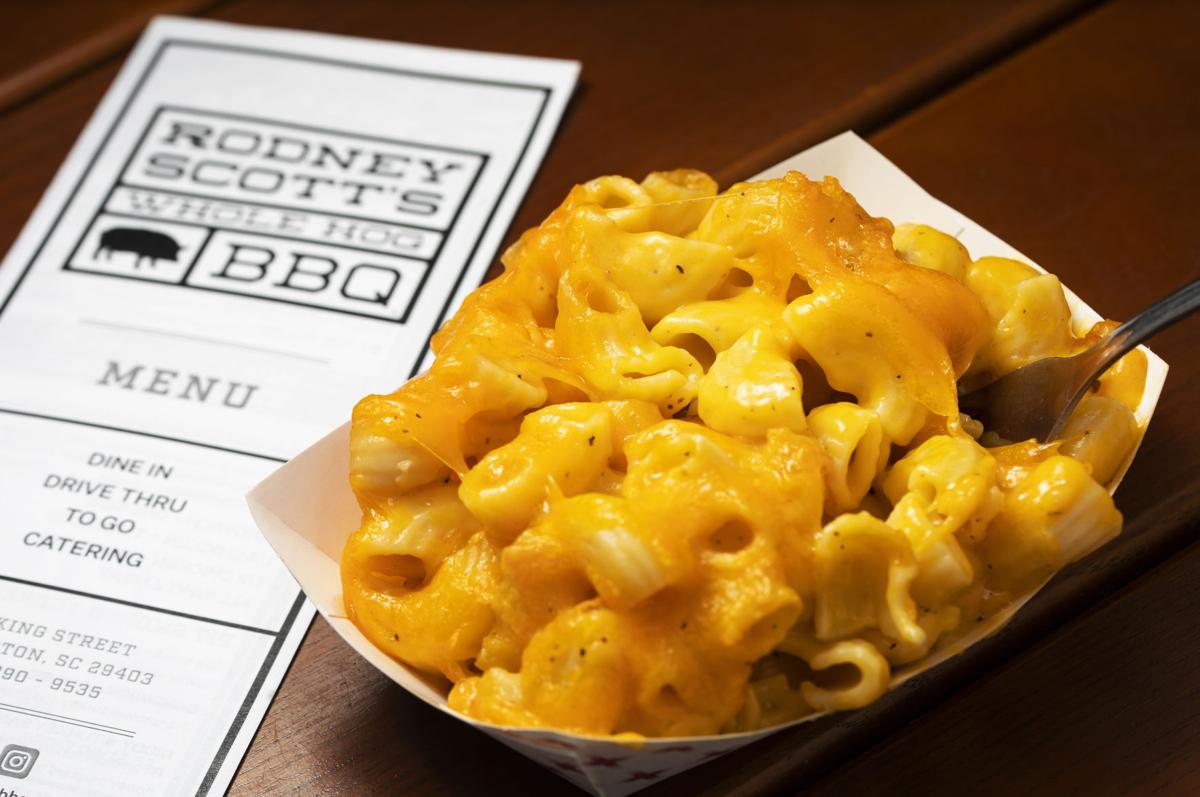 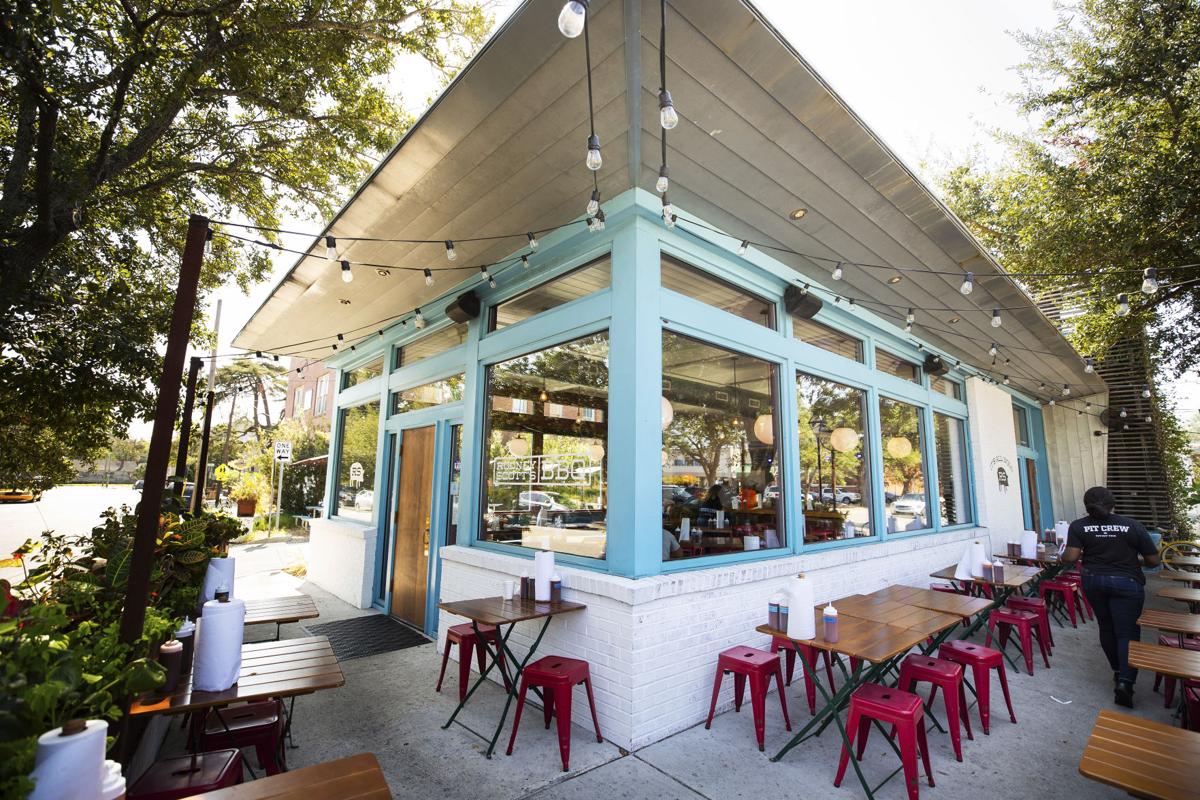 A bowl of macaroni and cheese from My Three Sons of Charleston on Thursday, Oct. 3, 2019. Lauren Petracca/Staff 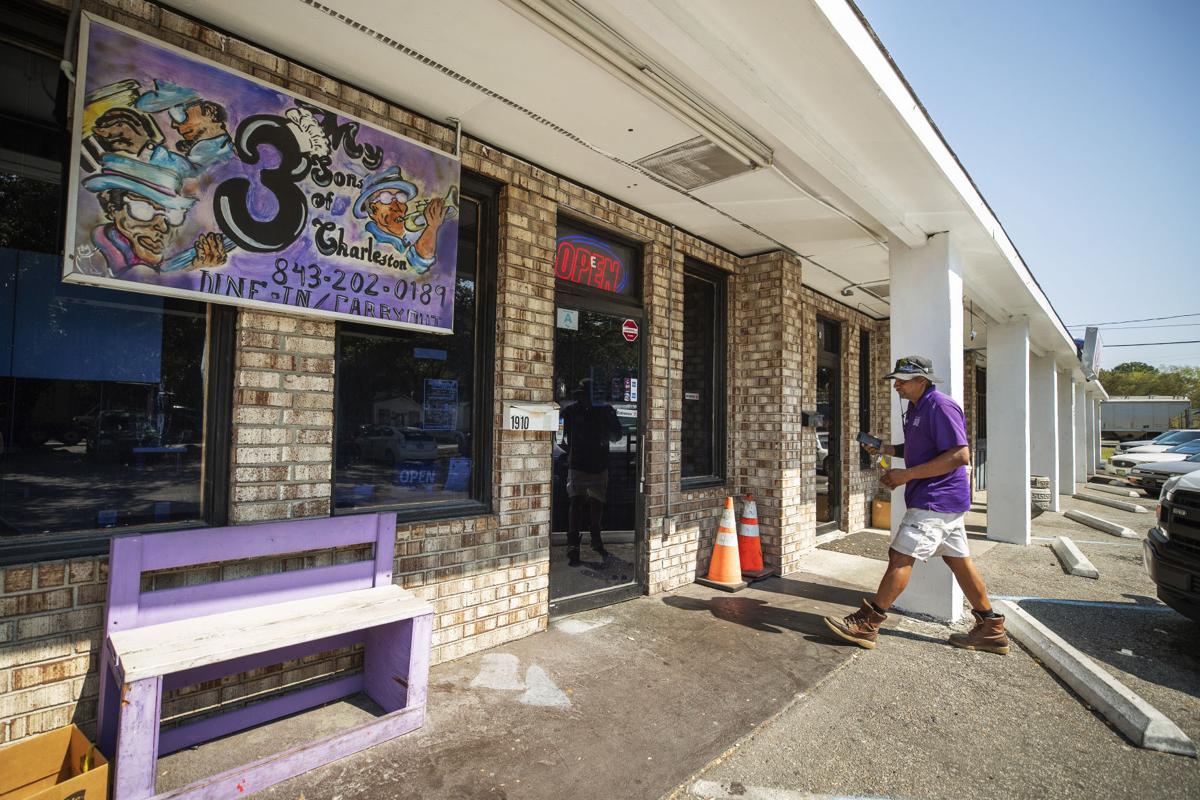 A customer walks into My Three Sons of Charleston, located on E. Montague Avenue, for lunch on Thursday, Oct. 3, 2019. Lauren Petracca/Staff

What’s the best macaroni-and-cheese in Charleston? You might want to check Ashley Christensen’s travel schedule before answering.

The Raleigh chef and restaurateur, who this year took home the James Beard Foundation’s award for Outstanding Chef, five years after winning the title of Best Chef Southeast (the prize has previously gone to Robert Stehling, Mike Lata, Sean Brock, Jason Stanhope and Rodney Scott), is a mac-and-cheese master. Approximately once a year or so, she ends up serving the Poole’s Diner dish at an event here: It’s a sharp elbow to eaters who have started to take the comfort food’s glories for granted.

Christensen’s take on macaroni and cheeses – specifically, Jarlsberg, white cheddar and grana padano – is open source. You can look up the recipe online right now, and have the best mac-and-cheese in Charleston for dinner at home tonight.

But sometimes you don’t feel like cooking, or driving to Raleigh, or waiting for Christensen to visit. Fortunately, there are a number of other options, not counting sorrow and despair.

It’s theoretically possible to sample every mac-and-cheese in the Charleston area: If you had a sterling attention span and two weeks of free time, you could probably make a dent in the lineup. But even under those conditions, the task would take some fast fork work, since it’s the rare local restaurant which hasn’t knitted mac-and-cheese into its menu. Of the 10 highest-rated Charleston restaurants on TripAdvisor, five serve some sort of macaroni on a nightly basis.

Let’s say that same ratio holds true across the county. By that math, I didn’t come close to mac totality. I missed the mark by about 950 servings, give or take a few noodles.

Yet I did make a point of trying every mac-and-cheese that has ever earned a magazine shoutout or slot on an online list, as well as the mac-and-cheese preparations endorsed by trusted informants and members of the Food section’s Facebook group. For each of the macaroni-and-cheeses named below, I ate another four or five that didn’t make the cut.

Which brings us back to Ashley Christensen’s legendary mac-and-cheese: It’s made with heated heavy cream, but there’s no flour; no roux; no resultant béchamel. It doesn’t require an eggy custard, in the style of Charleston’s traditional macaroni pie. To be glib about it, it’s just a batch of cheese-sauced stovetop noodles broiled in a skillet.

5 signs you're in a true Southern restaurant

Still, it embodies what makes macaroni-and-cheese so popular. It’s fatty and funky, with a saltiness that penetrates the pasta. It’s crunchy on top; ball glove leather soft within and unapologetically rich all around. Also, it’s not adulterated with anything silly, like lardons or lobster fragments.

That’s the gold standard. In other words, this survey didn’t brook any distinctions based on preparation method: They call it comfort food because it’s the way it makes you feel that matters, not how it’s assembled. Part of what makes this dish great is that chefs have boundless choices, including noodle shape; milk or cream; seasoning and cheese variety. The following mac-and-cheeses are just a little greater than the rest.

(In recognition of the three types of restaurants in which mac-and-cheese is most commonly found, there’s one representative from each category.)

The meat-and-three mac: My Three Sons of Charleston

To arrive at My Three Sons minutes after the restaurant opens is to know how a skier feels upon encountering a field of virgin powder: The steam pan of Lorraine Smalls’ mac-and-cheese is still pristine, its crust shimmering with vegetable oil and flecked with black pepper.

At least, that’s the best case scenario. Smalls remembers a day when she didn’t put mac on the line.

“We had one lady that showed up and she didn’t want anything else,” Smalls says. She turned around and walked out.

Smalls credits her longtime mentor, Charleston restaurant legend Alice “Ms. Alice” Warren, with helping her to perfect the dish. Smalls and Warren three years ago opened My Three Sons with Antwan Smalls, one of the three sons.

Like many cooks stationed behind steam tables, Smalls swears love is the secret to her enticingly slippery mac-and-cheese, made with plenty of butter and a few eggs to hold the pasta together. That’s no doubt true, but granulated chicken bouillon helps too: Between the powder and the pepper, this mac-and-cheese has enough baked-in flavor to make hot sauce superfluous.

There isn’t a universal barbecue mac-and-cheese, but restaurants that traffic in smoked meat tend to emphasize the cheese portion of the mac-and-cheese partnership, perhaps because dairy smooths over spice. But at Rodney Scott’s, it’s the mac itself which matters most.

Big noodles are wide, not long: Scott’s is using a crooked tubular pasta with shallow grooves. You might think of them as a shell casing for the powerful cheddar-forward flavor of the cheese sauce, thickened with cream.

“The bigger noodle is a cocoon to hold creaminess,” he says. “Every noodle gives you a little surprise.”

Auerbach is sweet on noodle kugel

According to Scott, he and his partners contemplated adding breadcrumbs to the mix to contrast with the creaminess. But the logistics of replicating a topping were complicated, so they nixed the idea. Customers would never miss the crumbs: The coveted salty spots where cheddar has bubbled and bronzed work just as well.

If the pasta at Rodney Scott’s BBQ functions like a cocoon, the house noodle at goat.sheep,cow North is like a cobweb, trapping exceptionally complex cheese sauce in every fold and crevice. In keeping with its European leanings, goat.sheep.cow favors an imported radiatori, named for the heating implement it resembles.

As for everything else that goes into the dish, it’s currently up for discussion. Days before this column went to press, goat.sheep.cow yanked its mac-and-cheese from the menu and started experimenting with new recipes.

“I feel that as the cheese shop of Charleston, if I may be so bold, we should have a drop-dead mac, and I don't feel like we've achieved that yet,” co-owner Trudi Wagner says, adding: “John Zucker at Cru has it hands down, in my humble opinion.”

Cru makes a stellar mac-and-cheese: It’s the kind that draws stares from customers at other tables. But the continental stylings of goat.sheep.cow are special, from the dry mustard mixed into the heavy cream to the unstinting amount of butter applied to the Aleppo-peppered breadcrumbs. This is mac that prompts you to ask for the wine list.

Wagner says her team is debating whether to include blue cheese in a lineup, which now consists of gouda, comte, asiago and Parmesan, along with cream cheese and sour cream. Regardless of what the kitchen determines, the component cheeses will be of excellent quality. And the mac-and-cheese is sure to be exceptional.