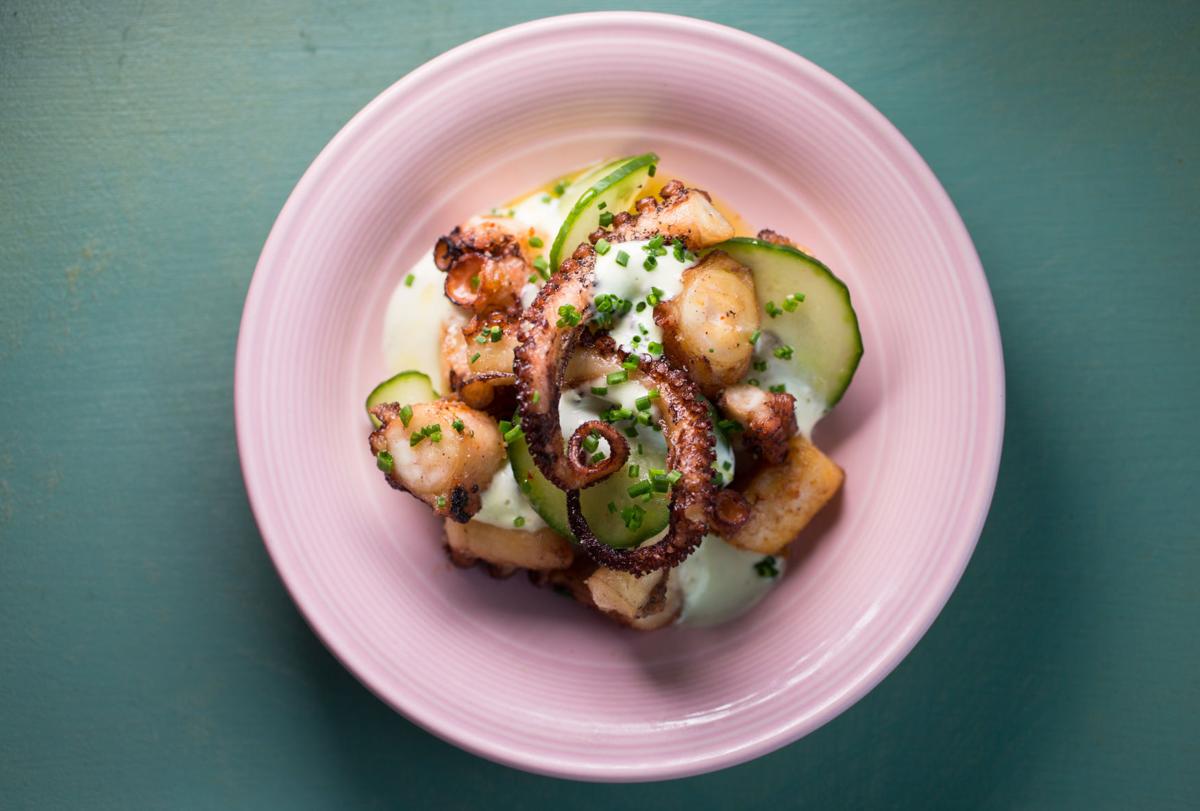 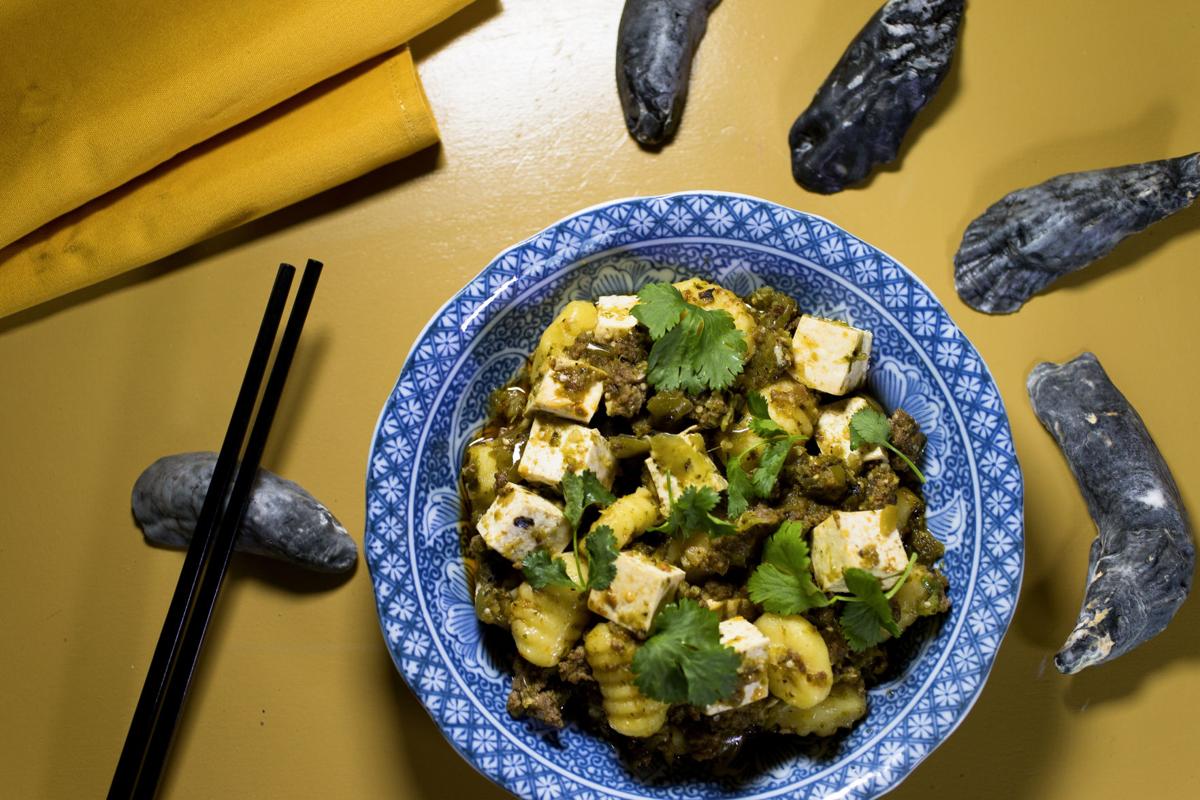 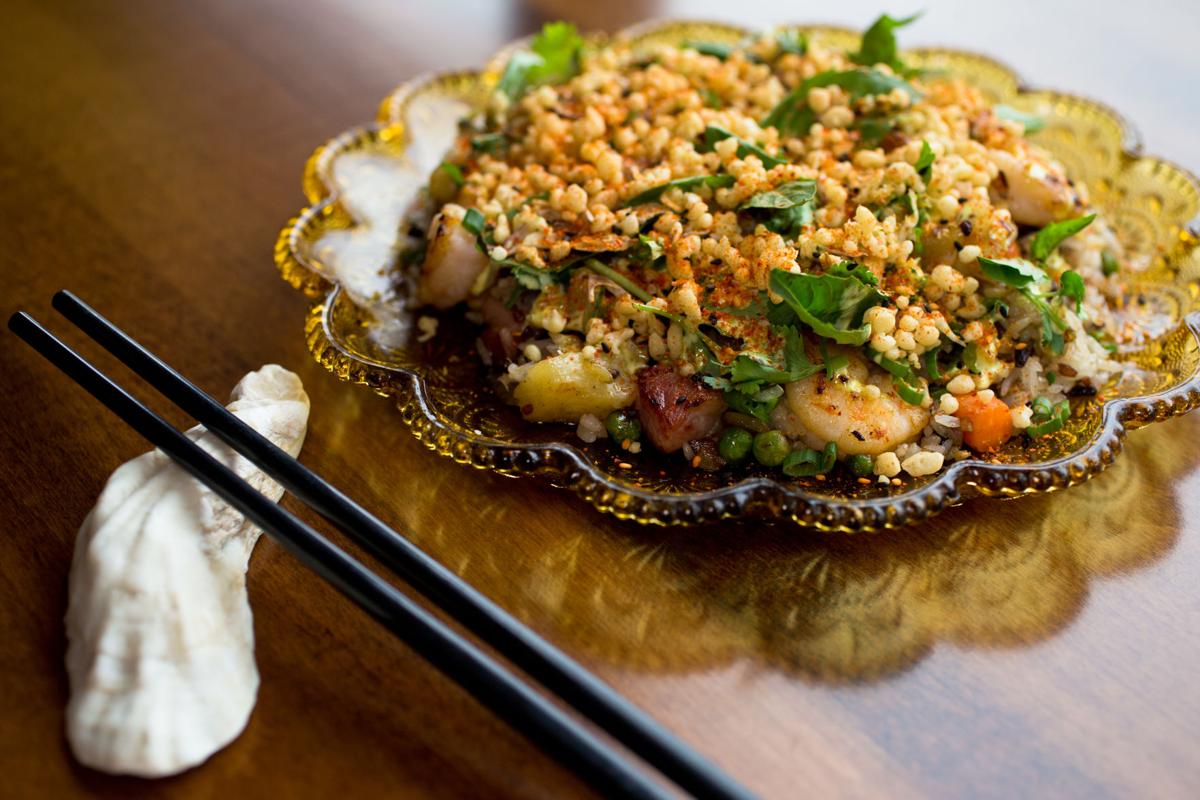 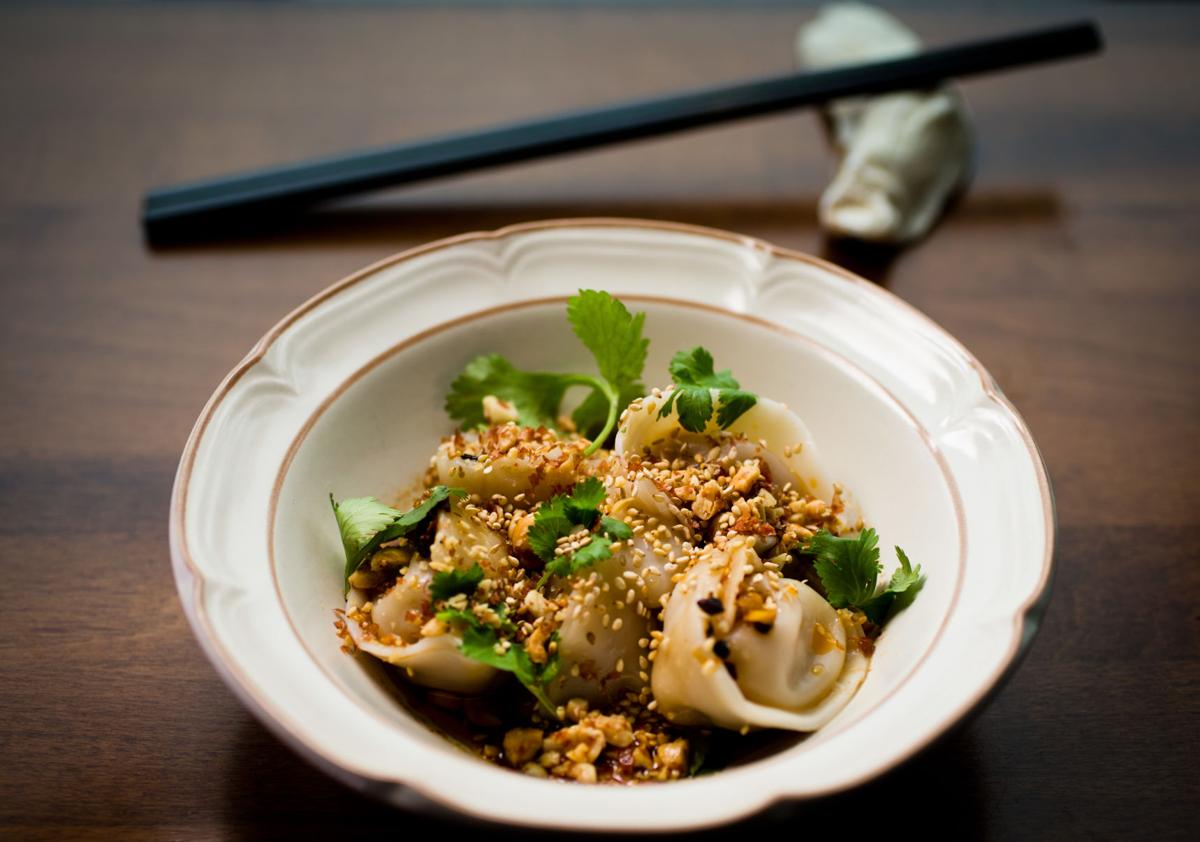 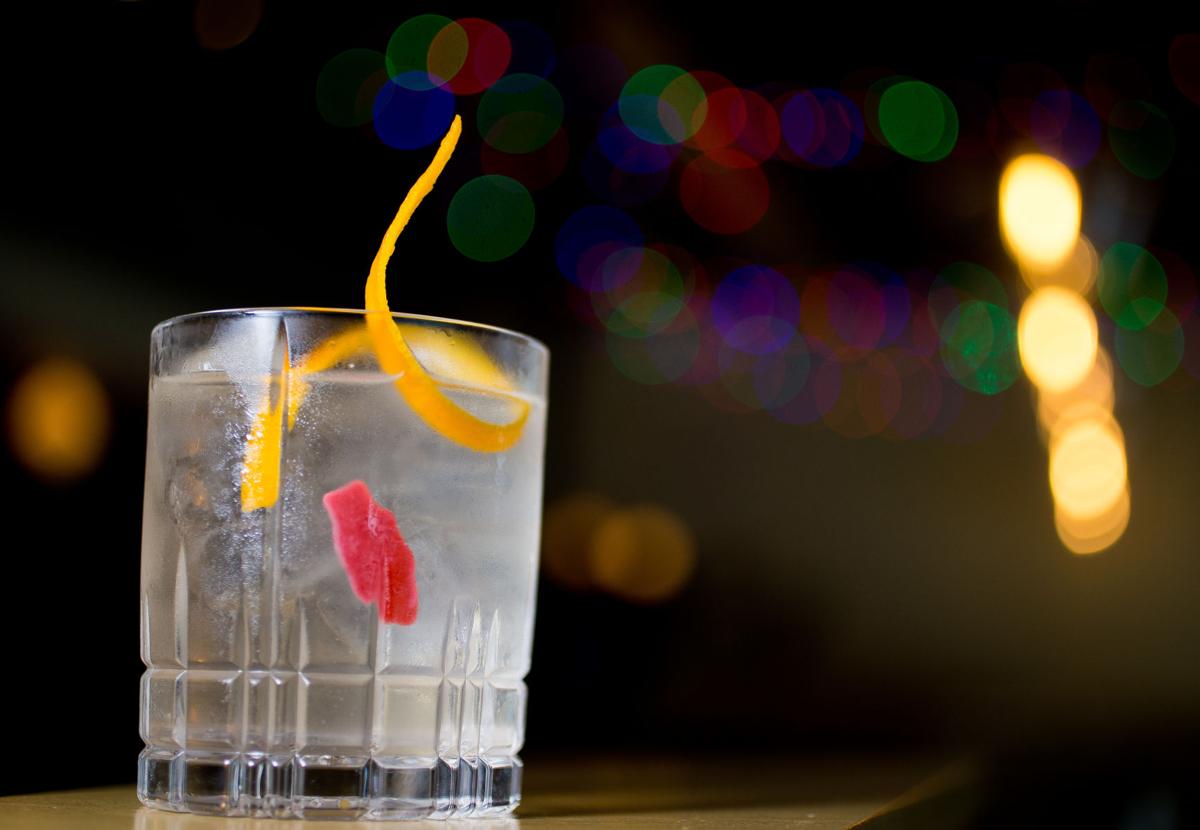 What’s Jackrabbit Filly? The name itself is a brashly American take on the Chinese zodiac system, under which a person’s birth year is linked to an animal.

It belongs to a new Park Circle restaurant from young New York transplants Shuai and Corrie Wang, who operated as Short Grain when they served rice bowls out of a truck and roved about town in a ramen revue. Now they’re getting equal billing with an energetic moniker that nods to both of their signs. (Shuai Wang is a rabbit; Corrie Wang is a horse.)

Chinese-American restaurant placemats notwithstanding, the zodiac is configured on a lunar basis, so the Year of the Rat just got rolling on Saturday. While the coronavirus outbreak was anything but an auspicious start, there’s no telling yet what that year will bring.

From the vantage point of a few weeks in, 2020 is shaping up to be a rough one. Even before Christmas trees had come down, the nation was wrapped up in news of impeachment and earthquakes. The first week of January was the kind of week that made you want to hide your head in a bowl of dumplings.

Specifically, lovingly folded pork dumplings, seated in a pool of dashi-besotted soy sauce that could just as well be served with a straw as a spoon. The dish has all of the hallmarks of Shuai Wang’s cooking, including chili oil for verve, peanuts for crunch and what admittedly might strike eaters as an overzealous application of salt — at least until struck by the realization that they’ve been given a ready-made excuse for revisiting bartender Jared Chafin’s stellar cocktail list.

But those attributes are tangible, and when we’re talking rats and horses and dragons, we’re properly in the realm of the metaphysical. Which is to say what really characterizes the food in this alluringly gold-walled lounge is not the ingredients that Wang puts into it, but the feeling you get out of it.

Take, for instance, the mapo tofu verde, which is the dish that in my mind has become an emoji for the restaurant. An iconic Sichuan preparation, mapo tofu is as de rigueur on latter-day Chinese menus as roast chicken was a generation ago on French menus, for much the same reason: Deceptively simple, the tingly combination of silky tofu and fatty pork is satisfying for both diner and chef. You can find versions at Xiao Bao Biscuit and Kwei Fei, if your heat tolerance allows for it.

Then there’s the version emerging from Wang’s kitchen, which instead of following the classic path to deliciousness swings a hard left. For every tender cube of tofu on the plate, there’s one or two similar-sized crimped ricotta gnocchi, rolling about in the same chili oil-spiked salsa verde. True to tradition, there’s plenty of ground pork, but it’s the unexpected acid and fat which make the dish so complete. It is soul-correcting in a way that only someone who fully appreciates the mood-lifting power of food could achieve.

What’s Jackrabbit Filly? In tempestuous times, it appears to be functioning as the fount of warmth and kindness that just about everyone is seeking right now. Even when one dish on the table skews this way or that, Jackrabbit Filly is a much-needed harbor.

Harbors require navigation, of course, so be forewarned that almost every meal at Jackrabbit Filly has its “really?” moment. The kitchen has a tendency to err on the side of extremism, so flaws are hard to ignore: The brown sugar buttermilk pie is painfully sweet; the fish curry is overly dominated by viscous coconut milk; the cut-up hot dogs in a Sichuan hot pot homage are more fun in theory than flavor. If you make all the wrong choices in one go, you could leave Jackrabbit feeling more confused than comforted.

It’s clear from the restaurant’s look that disorientation is far from what’s intended. The Klimt-esque wallpaper with leaping bunnies begins where built-in bench seating ends, and the bare wall to the right of the dining room is hung with family photos: Altogether it conspires to create a casual and communal atmosphere. But the lights are dim, and the bar is lively, so there’s no mistaking the restaurant for a workaday café (at least by night, that is: At press time, lunch hours were in the offing).

And nearly every dish on the menu is designed to match. Marinated mackerel sounds relatively fancy, but it’s actually what any habitual snacker would recognize as chips and fishy dip. There’s enough dilled sour cream in the mix to smooth over the pungency of furikake and fish oil, primed to be scooped up by fried wonton skins, but not so much that the dairy dulls it.

Cauliflower salad is another excellent place to start, based on the generous garnish of puffed rice alone. Yet the bright salad’s texture is tripartite, with peanuts and fried chickpeas also chiming in with crispness.

Other standouts include a salt-and-pepper octopus dressed with chili flakes and sour plum powder, joined on the plate by marinated cucumber slices and spicy mayonnaise that together could probably exist as a standalone dish, as well as fried rice torn from the tiki playbook.

As in the mapo tofu verde, its costliest component is scrupulously sourced, with the shrimp coming from local waters via Tarvin Seafood, but customers aren’t required to share in the seriousness. Instead, they’re apt to get lost in a haze of pineapples and mayonnaise meted out with mid-century glee.

Sweet soy-soaked noodles are also the beneficiary of lighthearted nostalgia. Riffing on the global love of garlic, Jackrabbit Filly plops a heavily dressed Caesar salad atop a skein of hearty pappardelle that would otherwise pass for fairly standard Chinese-American cooking.

In fact, if you had a Styrofoam box of leftovers from a red sauce joint and a wire-handled takeout container of lo mein in your refrigerator, you might end up with a dinner that resembled this dish.

Not because you’d blanked on all culinary conventions. Not because you were too lazy to contemplate washing two dishes. You'd engineer this madcap mashup because deep down you knew it would please you on an elemental level. And the Wangs know that, too.

9 standout dishes from new Charleston area restaurants in 2019, according to our critic

Reviewing update: Appropriately enough for Lunar New Year, there are changes in the stars

Prior to 2020, each restaurant was theoretically eligible for 15 stars, since it was graded in three separate categories: Food, service and atmosphere. But no longer.