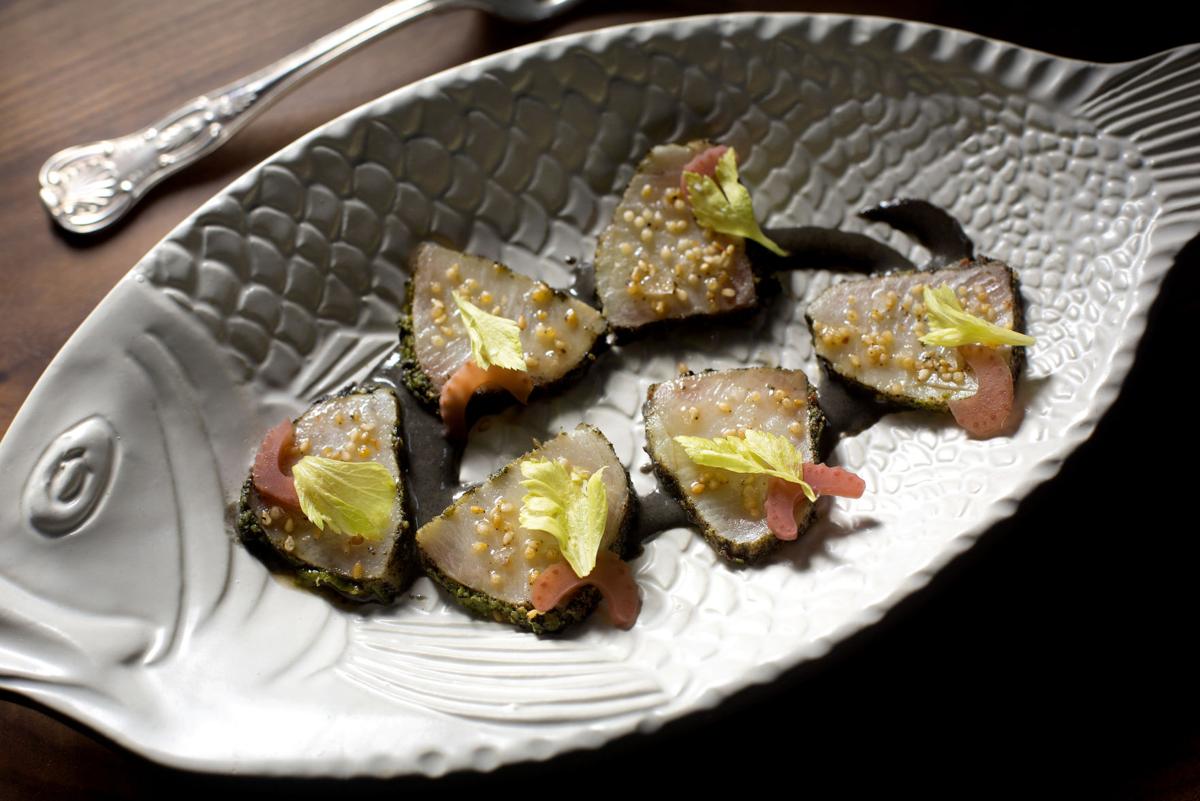 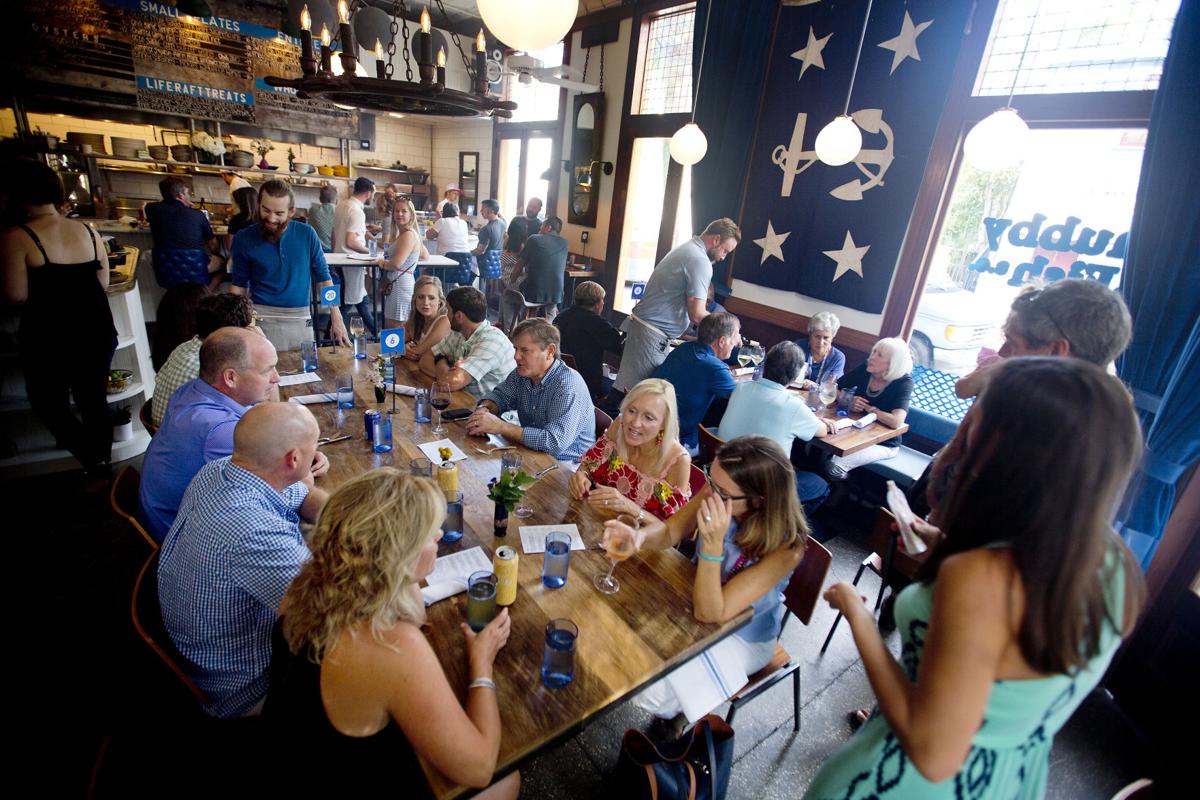 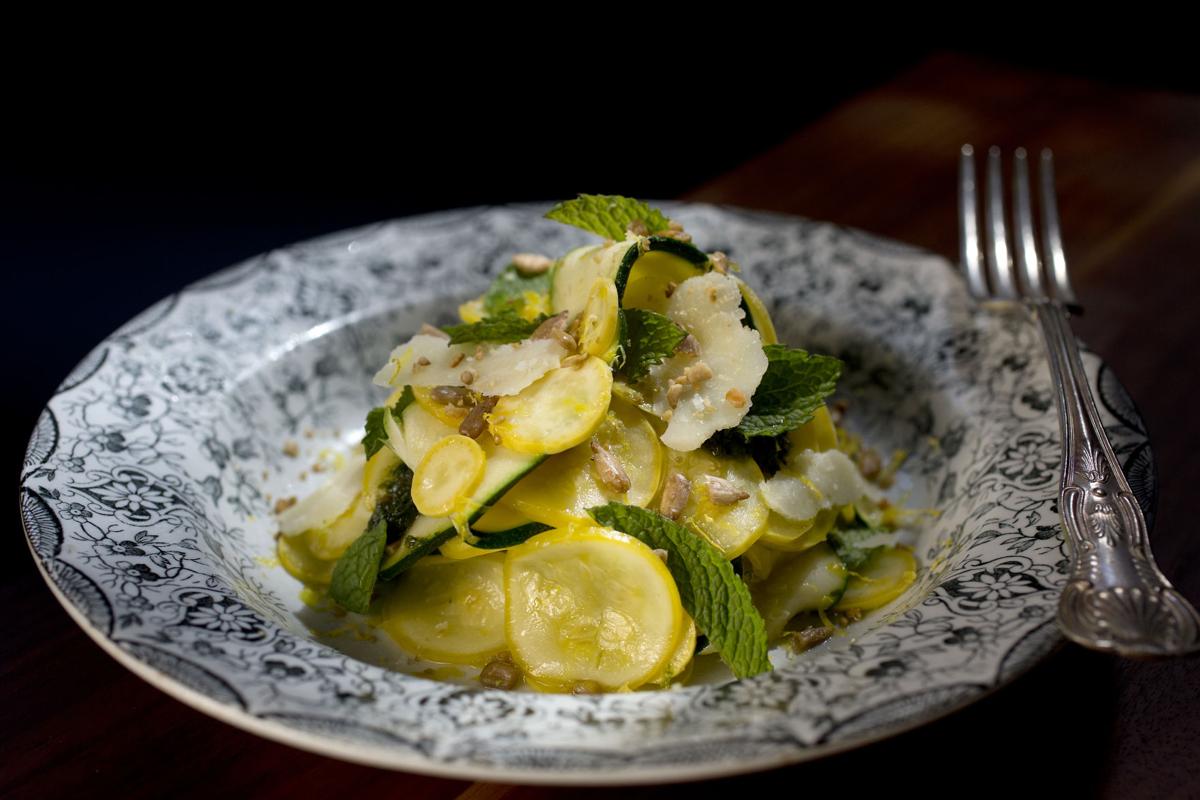 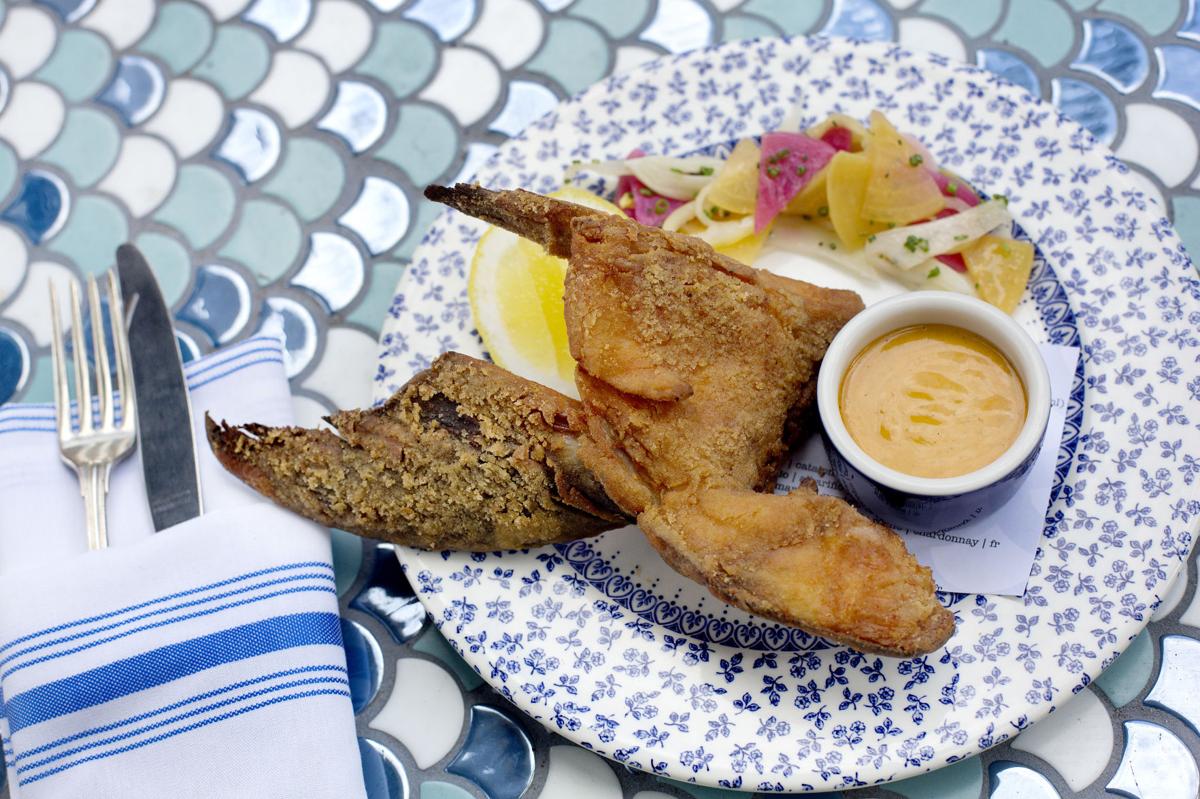 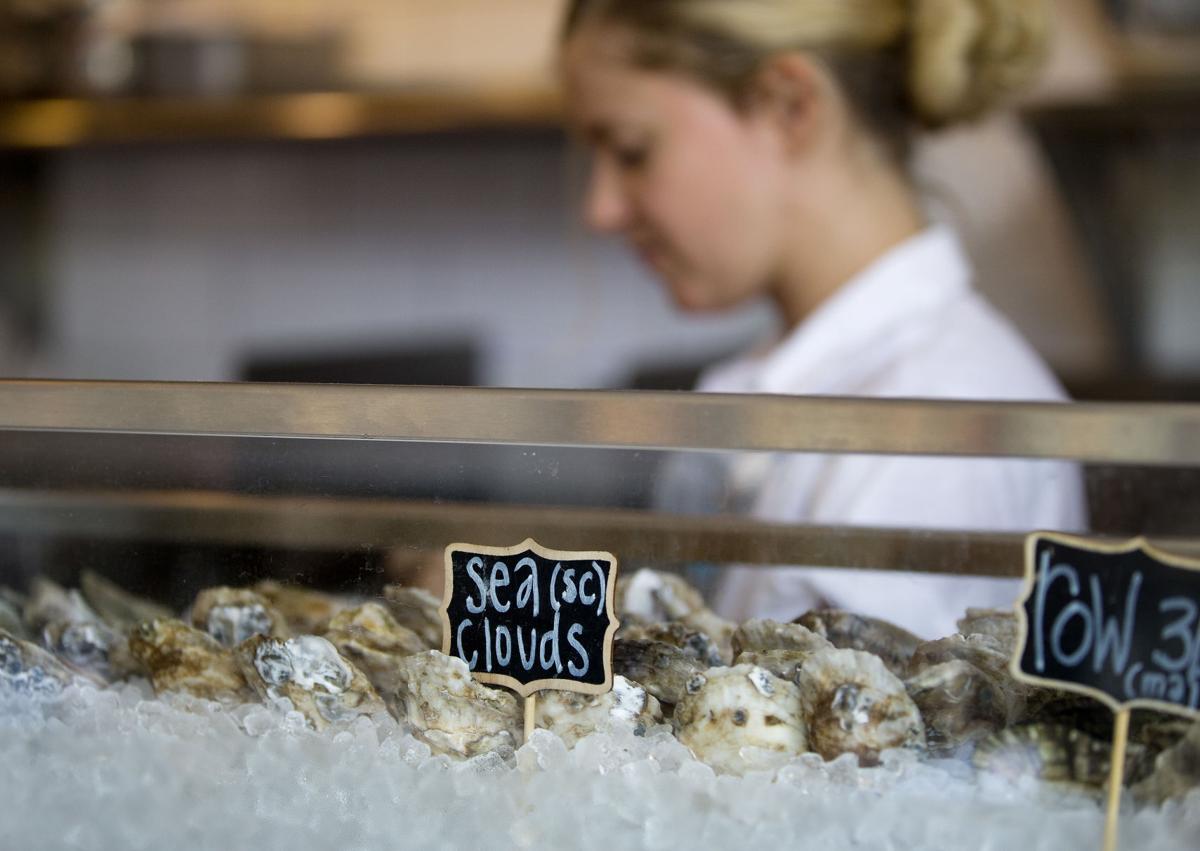 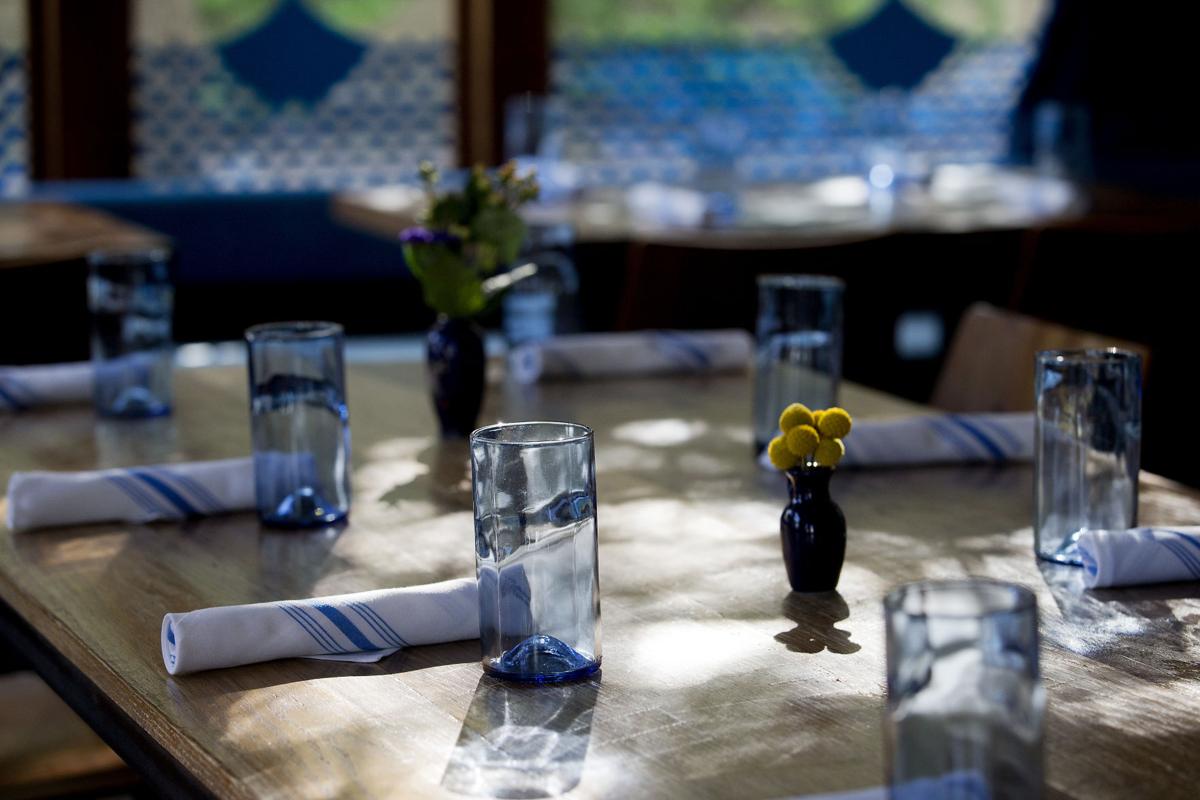 Chubby Fish on the corner of Bogard and Coming is the newest downtown neighborhood spot.Thursday August 16, 2018. Grace Beahm Alford/ Staff 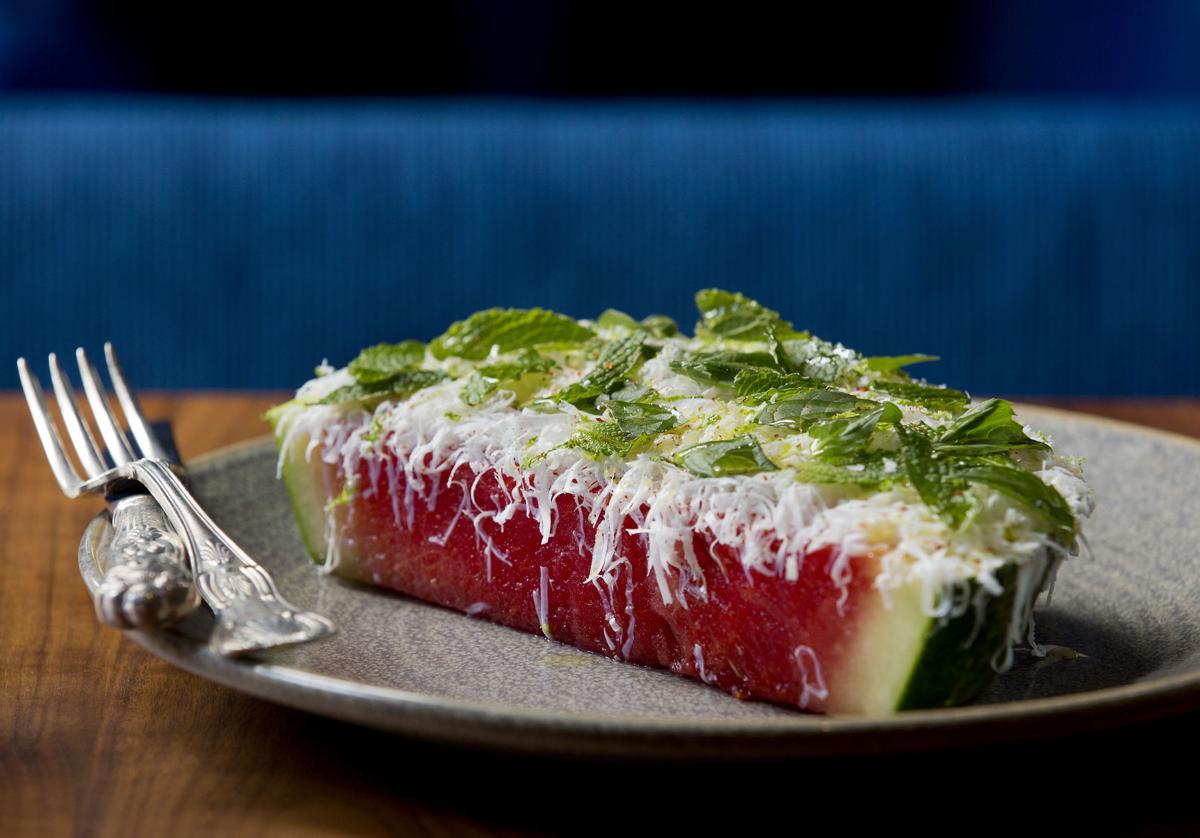 Chubby Fish on the corner of Bogard and Coming is the newest downtown neighborhood spot.Thursday August 16, 2018. Grace Beahm Alford/ Staff

There’s a quaint belief in food circles that if you can track an ingredient to its source, you’ll find mind-blowingly magical preparations of it.

In about the time it takes to break a heart, culinary pilgrims discover that’s nowhere near true. Familiarity may not breed contempt in the kitchen, but it encourages experimentation with things like processed cheese, imitation crab and tater tots. Landlubbers are generally horrified to learn that Mainers use up excess lobster by baking it in a casserole with Ritz crackers on top.

Charlestonians aren’t quite so cavalier about oysters, but they’re sufficiently comfortable with shucking to not wield a knife as though they’ve been entrusted with a gift from Poseidon. As a result, raw bars around town tend to serve oysters that have been shucked fully, but not always pristinely.

It’s an entirely different story at Chubby Fish, a cubbyhole of a restaurant opened in June by restaurant vets (and childhood friends) James London and Geoff Shyatt. London’s back-of-the-house team serves a changing array of local and northern oysters, but what’s perpetually on offer is an oyster re-education for the bored and nonchalant. Lolling proud and briny in their stark white cups, oysters at Chubby Fish are unmarred by bits of shell and accidental slashes. An accompanying mignonette was stunning when it featured crushed plums, which made tartness seem downright regal.

To put it plainly, Chubby Fish is already one of the area’s great neighborhood oyster bars, and, unlike 167 Raw, it’s located in a neighborhood that’s delighted to claim it: Short-term rental owners in Cannonborough-Elliotborough are probably updating their online listings as you read this. The white-walled room, which has a definite patrician-on-vacation vibe, is a fine place to knock back offbeat European wines that get along well with raw seafood. (A liquor license is in the works, but since it notoriously took London and Shyatt approximately six times as many months as they anticipated to open Chubby Fish, you might as well sip on Verdejo).

As further evidenced by its selection of ice cream desserts created by Life Raft Treats, and a cake-size wedge of watermelon strewn with ricotta salata, basil and mint leaves, Chubby Fish is an excellent caretaker of local delicacies that need to be kept cold. That’s an ideal attribute, since the restaurant is frightfully hot in the summertime when all 40 of its seats are taken: I don’t carry a thermostat, but I’d wager almost everyone leaves Chubby Fish lighter than they came in, regardless of how much ice cream they eat.

Yet the restaurant is on shakier ground when it comes to dishes of its own devising. There are flashes of merit on the chalkboard menu of small plates, but all too often, the clean flavors of quality seafood are distorted by murky versions of trendy sauces and entirely too much seasoning.

But before you can even reach the dish consideration stage, you have to secure a table, which is a crazily convoluted process at Chubby Fish. Customers are assigned servers once they’re seated, but they’re only cleared to choose a table after they’ve placed a drink order at the counter. This system is typically explained by somebody in the vicinity of the front door; somebody behind the bar and any servers who might intercept patrons on your way between them: Every time I heard the procedure described, it was with all of the urgency and detail required to outline an art heist. That’s a whole lot of hoopla for a shrimp roll.

Aside from the inefficiency of the format, it also registers as off-puttingly transactional. I assume Chubby Fish would find room for someone who didn’t want a drink right off the bat, but the implication is the restaurant wants to gauge guests’ seriousness about spending. And some of the spending at Chubby Fish is very serious indeed: The restaurant charges $28 for a personal-size whole fish, and has the moxie to sell a greasy sliced strip steak for $85.

Whoever priced the steak would no doubt like me to point out that the beef shares a plate with five thickly battered and fried oysters seated in a marrow bone like so many frogs on a log. But neither the oysters, nor a heap of roasted potatoes coated in a clumsy chimichurri, can make up for the meat having sailed past its requested cooking temperature. That’s an oversight hard to forgive at half the cost.

Look, the restaurant isn’t called Chubby Farm Animal. Still, its struggles with land-based entrees are so glaring that it’s not clear why London is pursuing the category.

Among the turf entries is a quartet of dry-rubbed lamb ribs that could have stood a good crisping to make their plentiful fat more appealing to chew, and ultimately, to stomach. The ribs were served in a lagoon of nutty romesco sauce, vibrantly orange as a Hare Krishna’s robe. But it tasted as though the sauce was just recently assembled, with each ingredient registering individually on the palate.

The romesco might well have been a rush job, since Chubby Fish is no doubt scrambling to keep up with demand: The restaurant has had spillover crowds from the outset. A hurry-up ethos could certainly account for the rough-sliced garlic in the chili shrimp and gummy rice beneath it.

Considering the circumstances, Chubby Fish’s aces are even more impressive. Vegetables played only a modest role on the menu over my three visits, but their appearances were memorable. A delicate pile of partially furled summer squash banners, shaved Parmesan cheese and mint was so nice I ordered it twice. And the bits of pickled beets edging a plate dedicated to a hard-fried cobia collar had a terrifically clean zing.

One dish, though, was fathoms ahead of the rest: Triggerfish served on the half shell was classically simple and perfectly cooked; hollandaise — also simple, also perfect — gracefully pointed out the magnificence of the flesh. Minus the noise made by unnecessary spices, it was easy to pick up the signal that the sea is not all that far from Chubby Fish’s blue-curtained dining room.

Trouble re-entered the picture with the entree that immediately followed it, a bowlful of overcooked grouper cheeks over rice. But bringing up that misstep is kind of a drag, which would be off-brand for Chubby Fish: This restaurant is all about the nautical and fancy-free. So have some oysters. Have some ice cream. Have fun.

Chubby Fish on the corner of Bogard and Coming is the newest downtown  neighborhood spot.

REPRESENTATIVE DISH: Oyster on the half shell ($3)