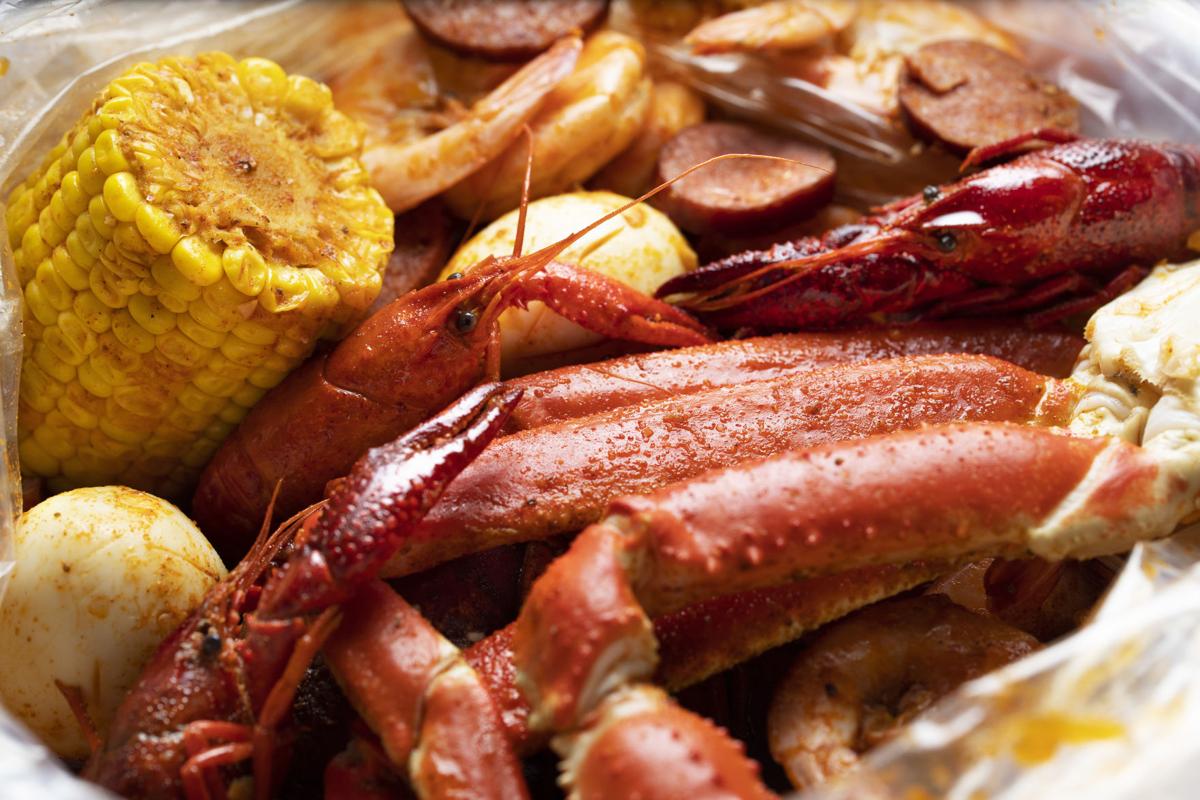 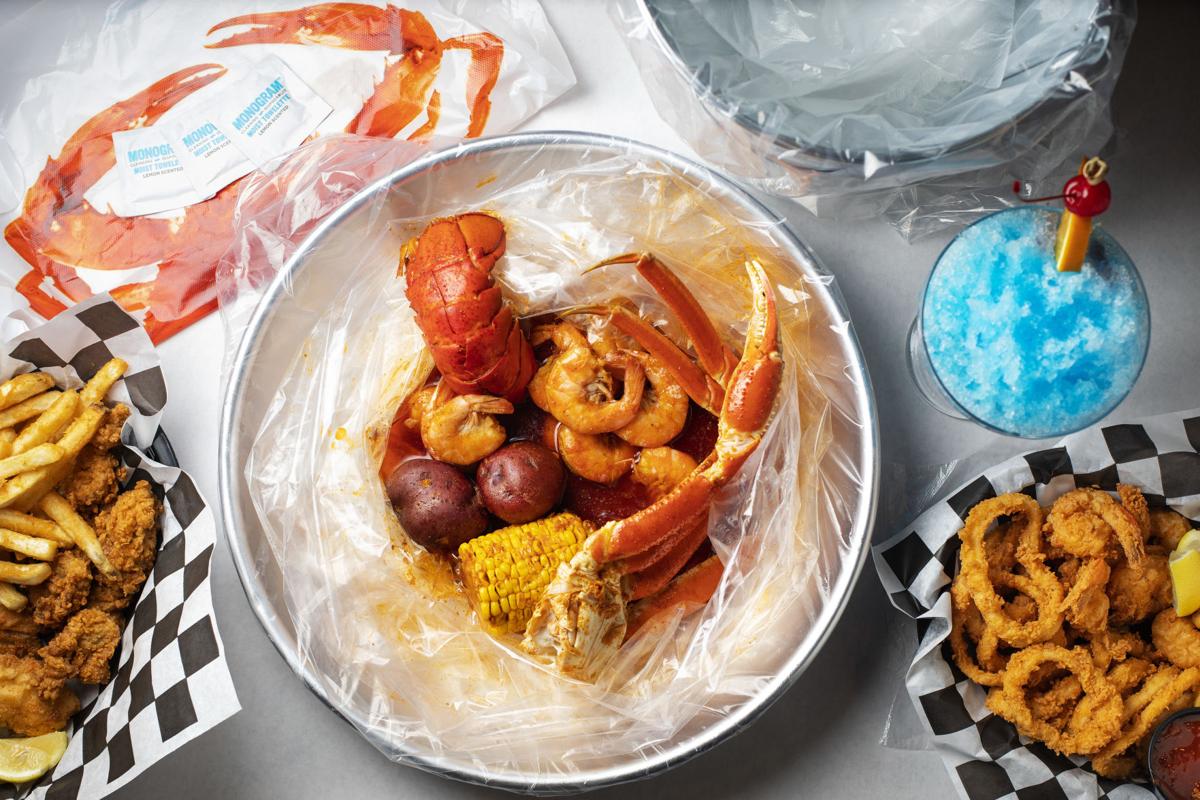 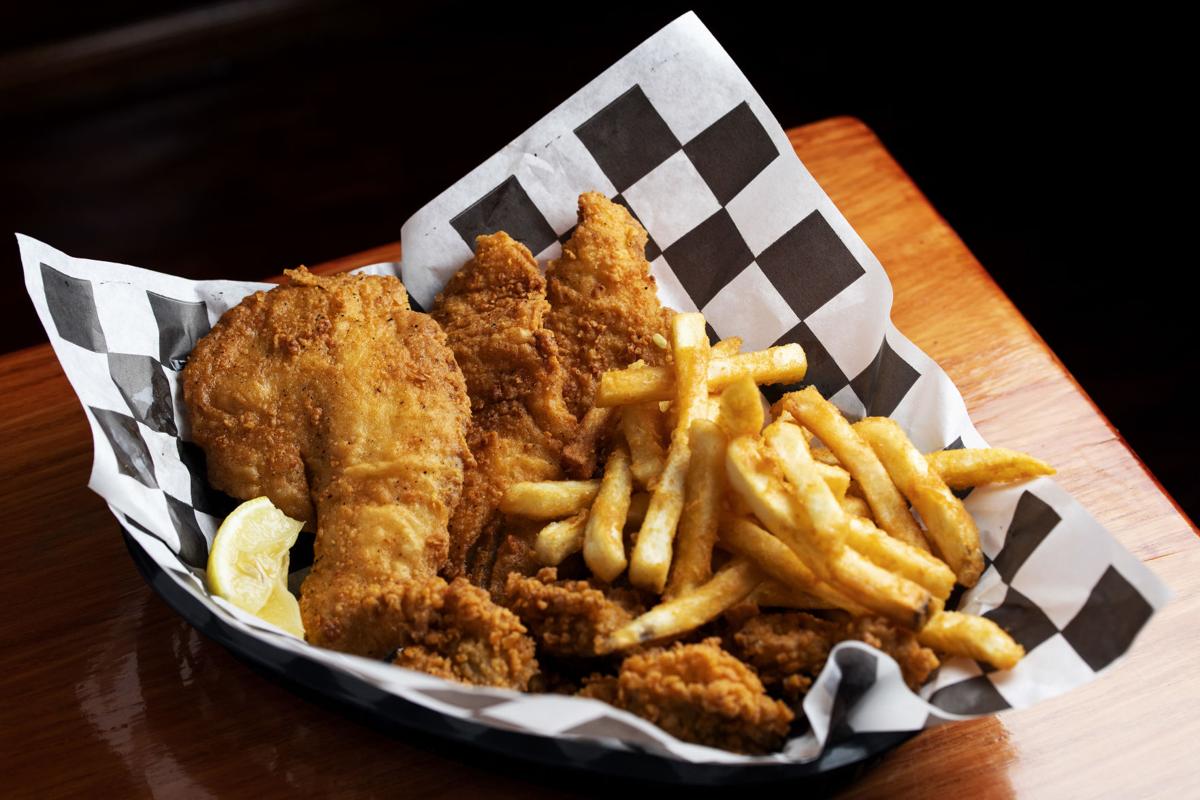 A basket with fried tilapia and oysters at King Claw in West Ashley on Dec. 19, 2019. Lauren Petracca/Staff 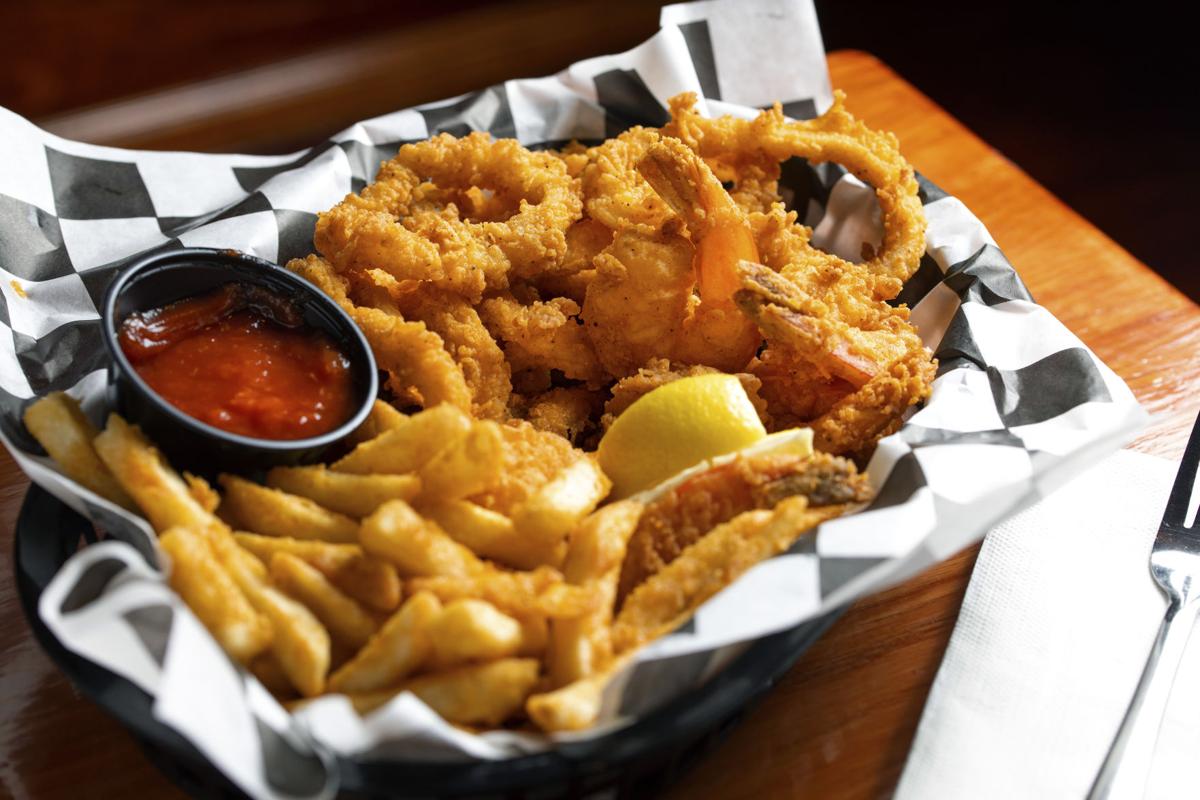 A basket with fried calamari, shrimp, and cajun fries at King Claw in West Ashley on Dec. 19, 2019. Lauren Petracca/Staff 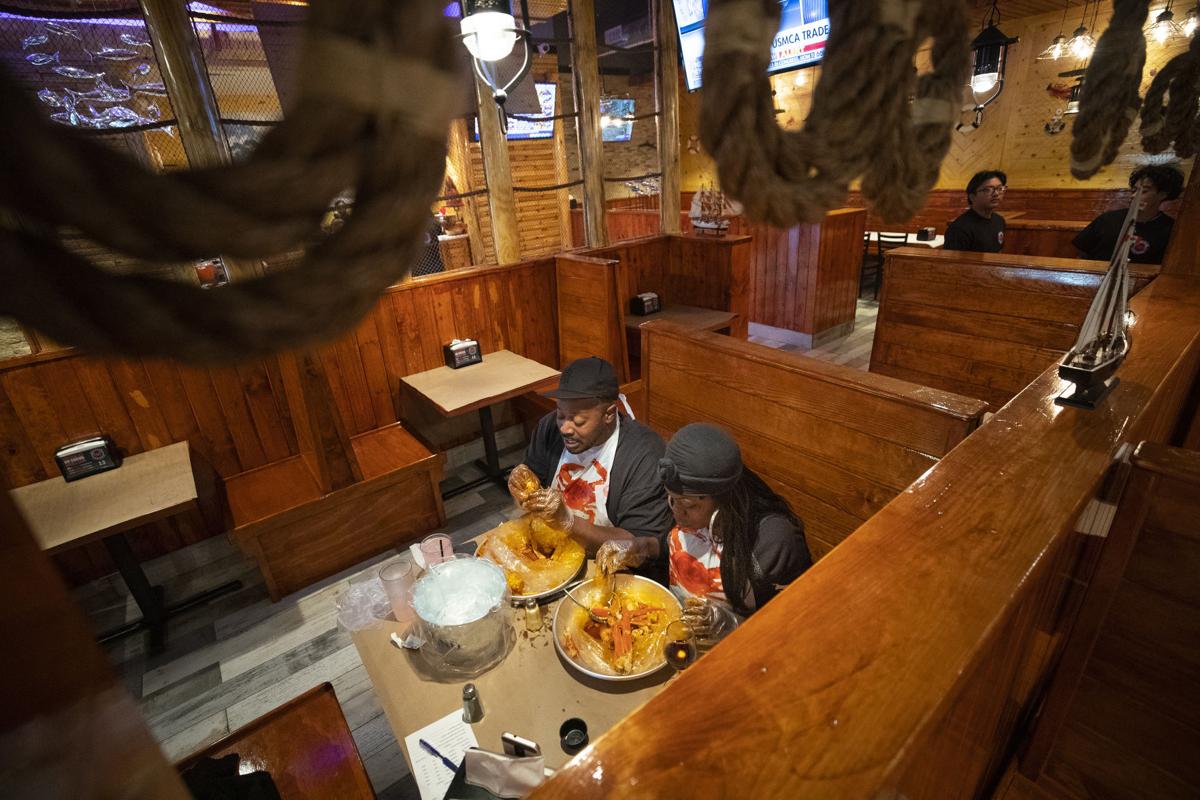 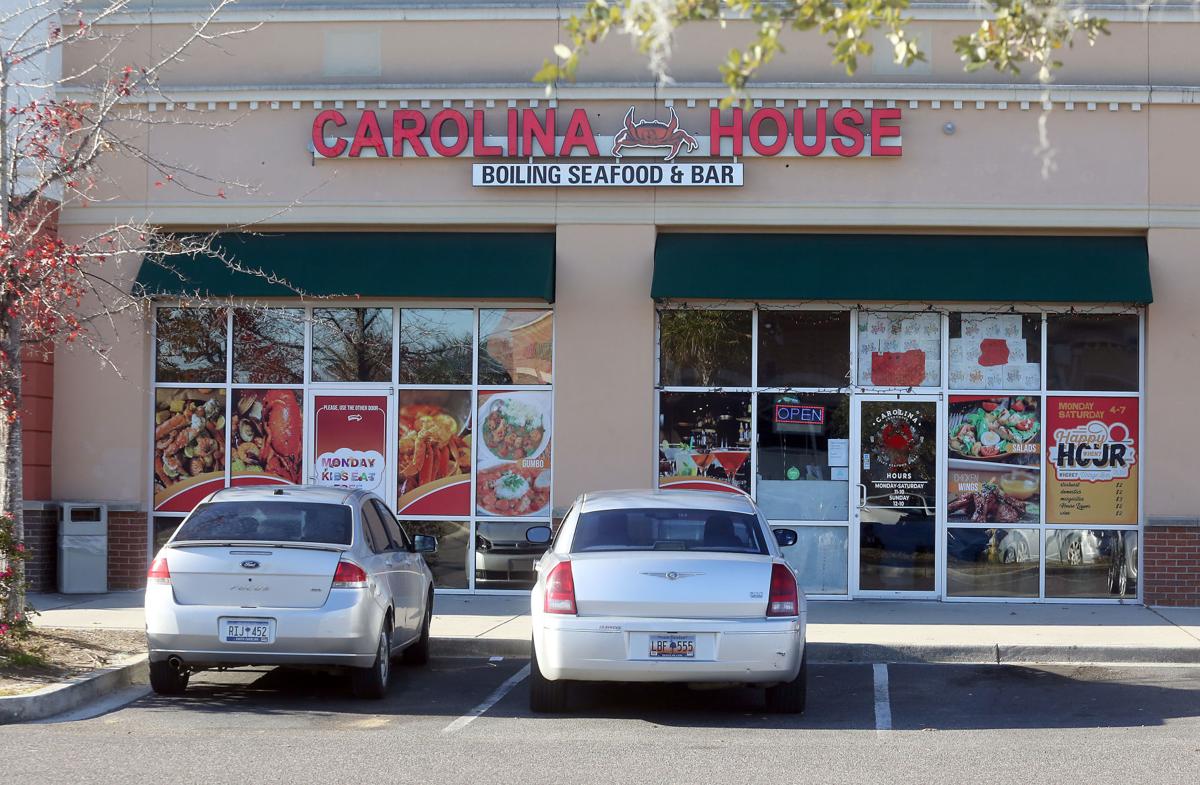 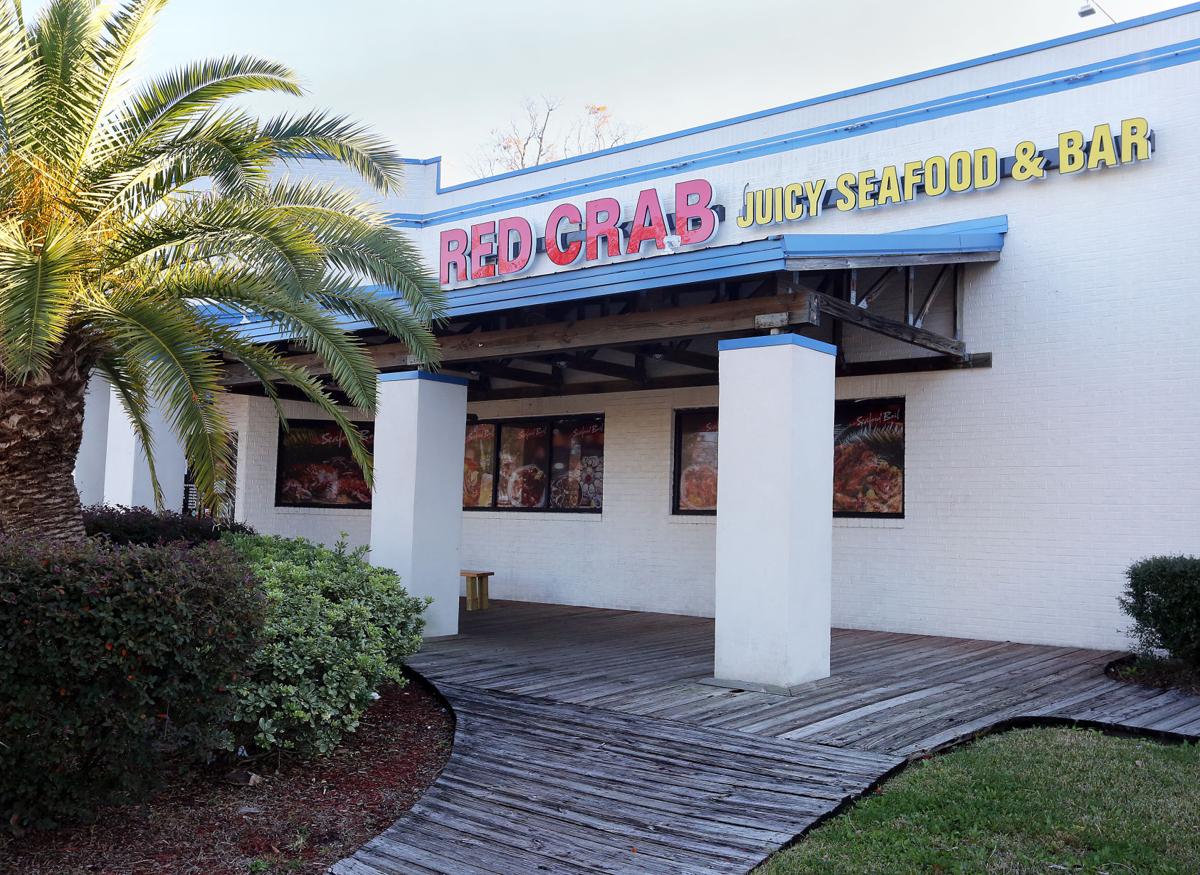 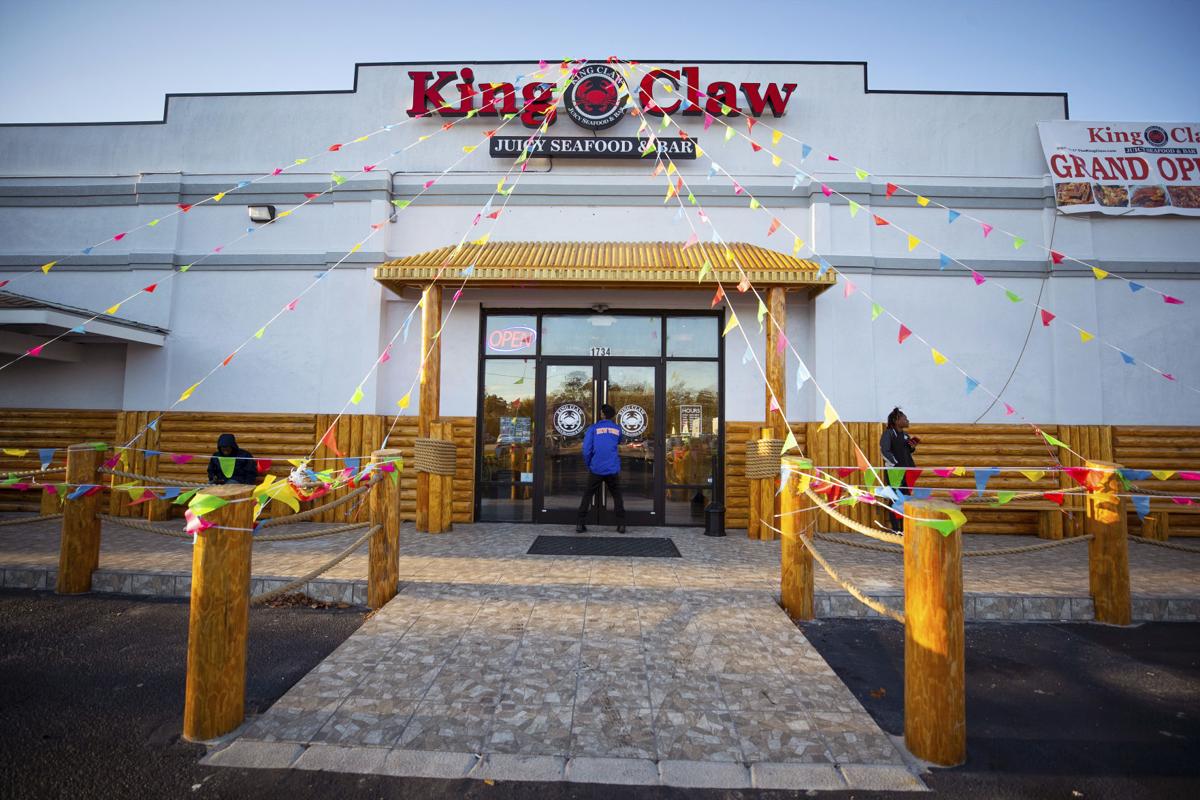 The crawfish are coming.

Whether that sounds to you like the premise for a B horror movie or the promise of some kind of culinary nirvana is immaterial at this point. With global demand for crawfish forecast to surge at an annual rate of more than 14 percent for each of the next three years, Texas farmers are rushing to drain their rice fields in order to raise bottom feeders.

“It’s just stupid how many people want to eat crawfish,” one Beaumont landowner told the Houston Chronicle, which recently reported on the sudden groundswell of pro-mudbug opinion.

Outside of Texas and Louisiana, where crawfish are a backyard party fixture, American eaters are most likely to encounter these newly trendy critters at seafood boil houses, where they’re bagged and buttered along with lobster, shrimp and snow crab legs.

And if that arrangement sounds unfamiliar, too, just wait a few months. The “Asian Cajun fusion movement,” as one of its leading franchisors terms it, is poised to become as common as sushi and hibachi across the country.

A bit of background: The roots of Viet-Cajun crawfish are planted in coastal Louisiana, where Vietnamese refugees in the 1970s made their homes and livelihoods.

According to Dan Q. Dao’s authoritative 2018 chronicle of the phenomenon for Vice, titled “Vietnamese-Cajun crawfish is the American food of the future,” immigrant fishermen and their families were drawn to “boiling points,” roughly the seafood equivalent of roadside barbecue smokers elsewhere in the South. “Viet people love noshing and in particular, hands-on experiences,” Vietnamese food expert and cookbook author Andrea Nguyen told Dao.

But they made the preparation method their own by shaking the boiled crawfish in plastic bags of butter sauce seasoned with garlic, peppers, citrus and lemongrass, and serving the crawfish with a traditional dip of salted-and-peppered lime juice.

When Hurricane Katrina in 2005 forced a mass exodus to Houston, those innovations found a commercial outlet. Restaurateurs started pitching tabletop Viet-Cajun seafood feasts, accompanied by rice, noodles and spring rolls, as well as disposable bibs to mitigate the mess and plastic gloves to protect people’s fingers from eye-popping spice.

Over the next decade, the format was so overwhelmingly successful that, as Dao notes, it’s now being imitated back in Saigon. (In an e-mail, Nguyen says, the U.S. “hardcore Viet community has swung toward snail restaurants.”)

'They’re the attraction': How crab legs have a serious hold on SC diners

The setup also piqued the interest of fellow restaurant owners of Asian descent, many of whom felt like their customers had become blasé about chop suey, teppanyaki, Chinese buffets and California rolls, among other Eastern-inspired meals once considered thrilling. They were primed to find another affordable, group-oriented dining sensation.

And this brings the story up to the present, or — as future food historians may remember it — the dawn of seafood boil’s golden era.

While there aren’t any reliable statistics on how many non-Vietnamese opened Cajun boil restaurants in 2019, in part because they’re lumped in with other seafood places for counting purposes, food writers have taken note:

Chinese restaurant owners were attuned to the appeal of crawfish, the Newsday story theorized, because the Chinese consume 90 percent of crawfish on the global market (remember those Texas famers plowing under rice to create crawfish habitats?) In other words, their ethnicity is likely not tangential to the phenomenon.

But neither is it made visible to patrons through menu items. Even at Angry Crab, the Arizona franchise responsible for the “Asian Cajun fusion” tagline, the only thing recognizably Asian is the tofu offered as a salad supplement. The vast majority of new seafood boil restaurants have shed the lemongrass and noodles in favor of a full-on Cajun presentation: If you’re looking for salt and limes at the average new-wave crawfish specialist, you might want to order a margarita.

Still, despite scant outward evidence of Vietnamese influence, much of what’s characterized the genre from the start is still intact, including the boisterous attitude toward seafood, spice, and the beer, which goes with both.

It’s also likely to find an enthusiastic audience in this crab-obsessed corner of the world, which in the past few months has gained four sit-down Cajun seafood boil restaurants.

(The counter-service Seafood Pot, home to estimable gumbo and bagged boils seasoned under the watchful eye of a former Louisianan, opened in North Charleston in 2018. Another North Charleston restaurant, Fiery Crab, was just permitted by S.C. Department of Environment Health and Control on Dec. 30.)

Here’s where you can get your fill of boiled crawfish, shrimp and crabs:

Note: At all four restaurants, you can also order fried seafood and an array of highly Americanized fried appetizers, such as mozzarella sticks and chicken wings. Unless you’re pathologically opposed to shelling shrimp and cracking crabs, there’s no compelling reason to linger on that section of the menu. Even French fries come up short when compared with the skin-on red potato that’s part of most boils.

One of 13 locations operated by a Florida-based chain, Red Crab has the advantage of a site with a seafood pedigree. The restaurant once held The Wreckfish, and still boasts water features out front to put patrons in a nautical mood. Indoors, though, Red Crab is lacking a functional bar, since it’s still waiting on a liquor license.

As for the food, it’s fairly priced: A note on the menu alerts customers that weekend specials, such as $28.99 for a lobster tail and one-half pound each of shrimp and snow crabs, are available all week. But on a recent visit, Red Crab boiled its shrimp and corn cob segments for at least a few minutes too long, and the salt-dominated seasoning didn’t compensate for puny crawfish.

Perhaps it’s the open floor plan; the proximity to Walmart and Tanger Outlets or the notably cheery service, but Carolina Crab House has the strongest family vibe of the four boil restaurants. It offers the standard selection of clams, crabs, mussels, shrimp and crawfish, all of which can be dressed with Cajun seasoning, lemon pepper, garlic butter or the house special sauce, which always means “all of the above,” no matter whose house you’re in.

At Carolina Crab, which also has locations in Sumter and Wilmington, N.C., there’s plenty of chopped garlic in the mix, but both sauce and seafood are a tad bland. Still, it’s impossible not to admire the wall-dominating mural of an anchor and an outstretched crawfish.

Popularity of Japanese steakhouse a cultural phenomenon in South Carolina

With an interior decoration scheme that’s dependent on people writing all over its walls, Tasty Crab House doesn’t prioritize polish. But it distinguishes itself from the pack with two attributes that are bound to secure it favored boil status with certain customers.

First, Tasty Crab’s crawfish are massive by local standards. While crawfish at other houses can typically be dispatched with a twist of the tail, the crawfish here have claws big enough to make your frontal attack time worthwhile.

Second, Tasty Crab, which has locations as far north as Poughkeepsie, N.Y., doesn’t write off spice requests as gentle suggestions. Its interpretation of “hot” is appropriately pepper-forward. And because Tasty Crab serves its shellfish in the bag, rather than transferring its components to a tray, the potent brick-red sauce has more time to penetrate every crab cranny. Eventually, the sauce tends to seep out onto the table. Again, Tasty is not for the tidy.

Surely the greatest mystery in seafood boil land is the adjective “juicy,” which restaurants prefer to every other possible positive descriptor. But the other ongoing conundrum is the napkin situation. Considering the interactive nature of the meal, a seafood boil table seems like the ideal spot for a paper towel roll. Instead, most restaurants rely on tabletop dispensers, which mete out one napkin at a time.

It’s a compliment to King Claw that my guests and I used many, many napkins there. The newest of the seafood boil bunch, King Claw seems likely to emerge as the area’s consummate operation. It’s certainly dressed for the part, with an enormous dining room sporting shiny fixtures and mood lighting.

More crucially, King Claw’s seafood tastes fresh, and its buttery house special sauce is packed with the advertised flavors. Not surprisingly, service was slow during the restaurant’s opening weeks, but not too many people seemed to mind. King Claw, owned by Ichiban’s William Chan, appears to have dialed in the sense of fun that above all else is driving boil mania.