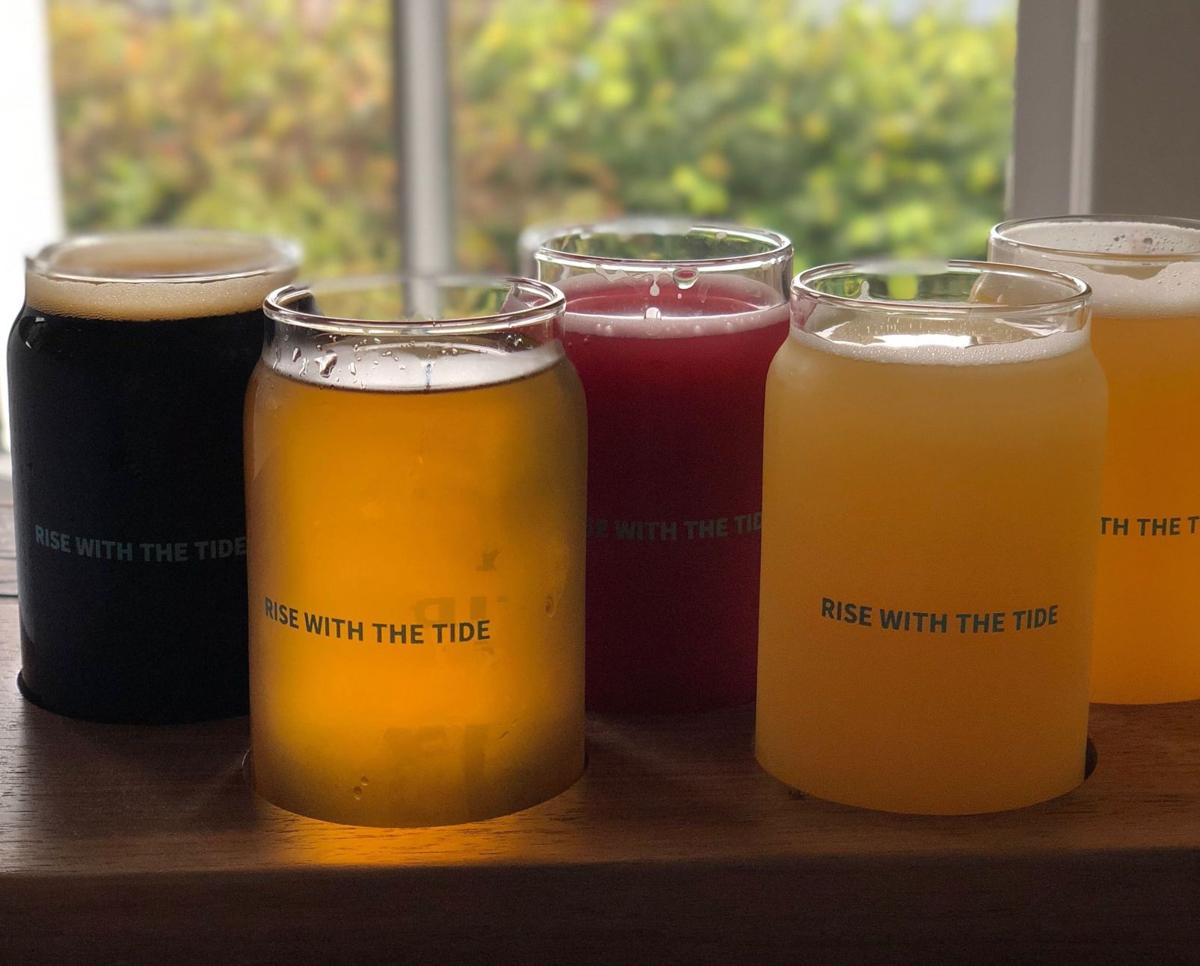 Two Tides is housed in a funky two-story building in the Starland neighborhood. Dave Infante/Staff 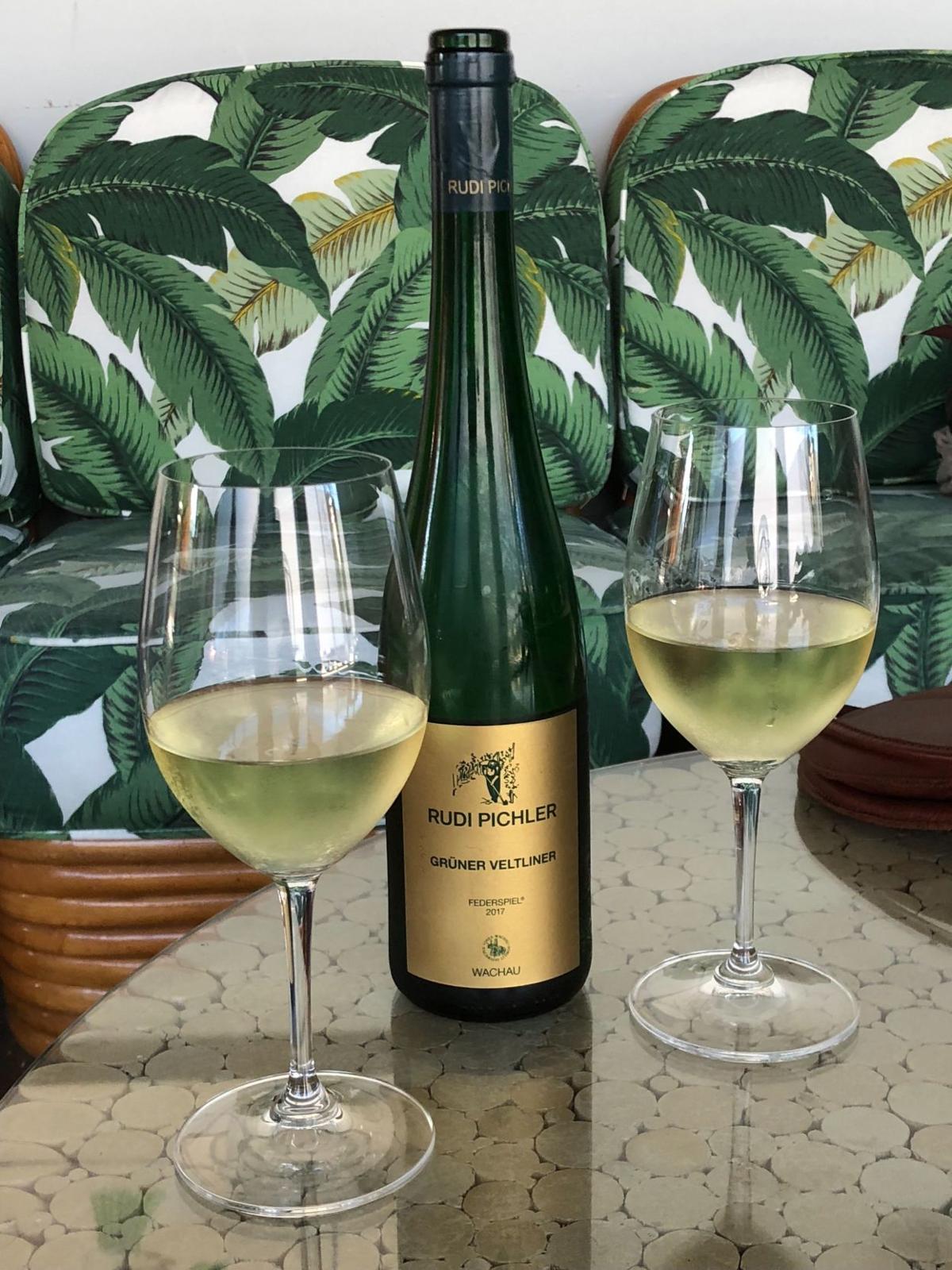 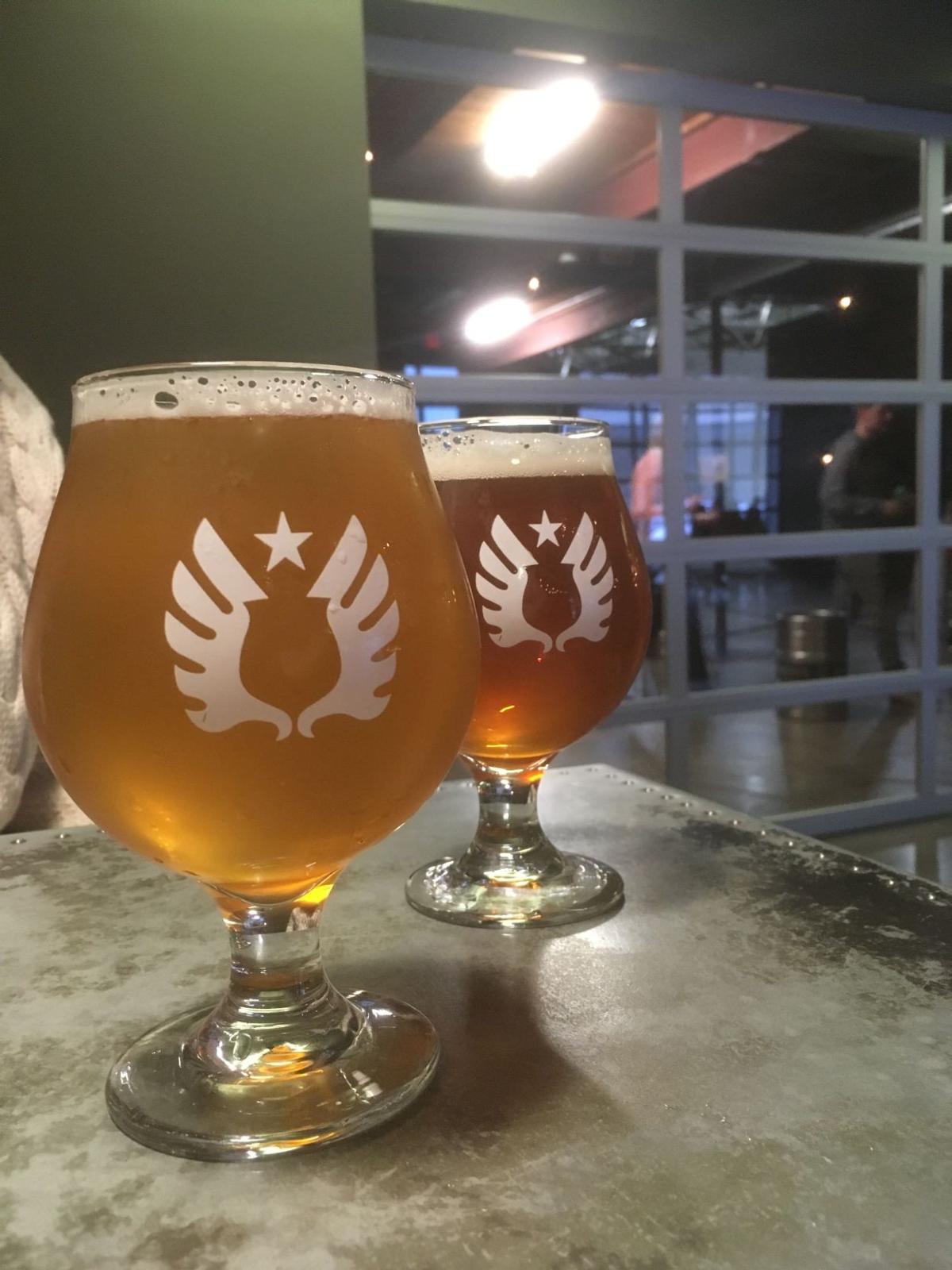 Service Brewing Co. has slick glassware, but it wasn't my cup of tea/beer. Dave Infante/Staff 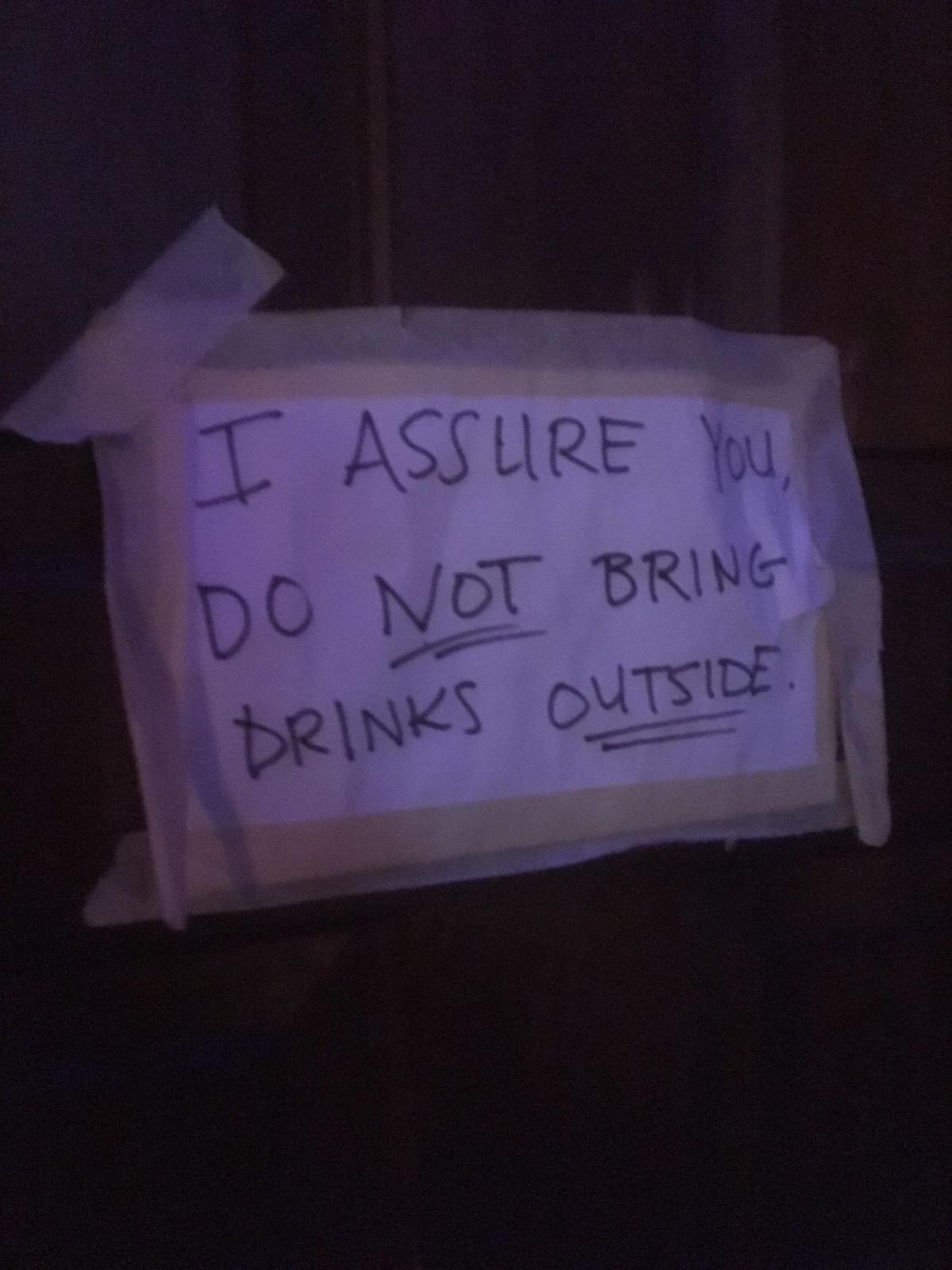 Lone Wolf Lounge is outside the historic district, so the drinking is indoor-only. Dave Infante/Staff

Two Tides is housed in a funky two-story building in the Starland neighborhood. Dave Infante/Staff

Lone Wolf Lounge is outside the historic district, so the drinking is indoor-only. Dave Infante/Staff

Lone Wolf Lounge is everything you want a cocktail bar to be: cozy and comfortable; cool, but not corny; dark enough to fade away in, but not so dark you can’t see your drinking companion’s facial expressions if you focus.

Well, almost everything: part of the reason you can see your drinking companion’s face is because there’s a flat-screen TV mounted near the ceiling playing muted movies from a streaming service.

When I showed up at the Savannah watering hole two Fridays ago, the high theater of the moment was "Drive Angry," a baffling 2011 Nicholas Cage disaster co-starring a bunch of actors with vaguely recognizable faces shooting each other with Satan’s gun, or something. Weird to operate one of the best cocktail bars in Georgia’s oldest city by the diode glow of an indecipherable Nic Cage flick, but OK.

Getting an eyeful of dreck while sipping an expertly mixed mescal drink and soaking up the scene at an otherwise intimate and ideal bar is an uncanny experience, and not an altogether positive one. But it’s the perfect summation to my recent weekend spent drinking my way through the Hostess City of the South.

Though Savannah is most certainly a drinking town, what with the open-container allowance, its beloved gritty dive bars, and its storied history as an anti-Prohibition stronghold, a weekend spent drinking there yielded a few surreal moments that were more tacky than transcendent.

My fiance and I booked this quick weekend trip to Savannah on a whim a couple months back. I had Amtrak points to cover train tickets, so we found a pleasant-looking rental off of Wright Square, booked both, and mostly stopped thinking about it.

As a food-and-drink journalist for well-nigh a decade at this point, this is a new approach for me. For years, before visiting a new city, I’d pore over the available documents: emails forwarded from friends-of-friends; loosely researched listicles; deep, city-specific threads on Reddit, Yelp, BeerAdvocate; and so on. I was determined not to miss a drop of whatever that particular city was pouring.

The studiousness yielded a lot of booze-related road wins, but recently I’ve noticed that this habit has also made vacations feel more like work than fun. So with an eye toward relaxing, we headed to Savannah with no plan, determined to let the city send us wherever with drinks in our hands.

We didn’t do a whole lot of that. Our whole visit was rainy and cold, which is just bum luck. But stripped of arguably its greatest civic benefit — the permission to wander the streets of the historic district with open containers — we were forced to be more deliberate in our drinking itinerary. And without the upside of outdoor drinking, I found Savannah’s boozing options to be sort of hit or miss.

Start with beer. Given how much I write about the beer industry, it should come as no surprise that I see breweries as a key performance indicator of a city’s drinking acumen. Savannah, a city of just under 150,000 people, just doesn’t have very many of them: only five, compared with Charleston's nearly 30.

The bartender at Two Tides Brewing Co., a taproom/brewery set up in a funky two-story house on the edge of a mixed-use redevelopment block in the Starland neighborhood, laid blame on Georgia’s antiquated beer laws. South Carolina brewers worked successfully to reform our state’s brewing regulations over the past decade. Two Tides’ beer lineup is technical and mostly terrific, but it’s a tiny enterprise, with minimal distribution beyond city limits, and even therein. “We’re small, y’all,” its Instagram bio helpfully points out.

By contrast, Service Brewing is huge. Sequestered in a warehouse a few blocks downstream from the ramp up to the Talmadge Memorial Bridge, this “veteran-owned, veteran-run” outfit distributes some beer in South Carolina, and is probably the most cohesive brewery brand in town right now.

Service’s “service” message is nice, I guess (money to charity! support for the troops! et cetera!), but the taproom is cavernous and unpleasant, and our beers were mediocre.

Plus, the decor includes touches like patch-swap boards to which law-enforcement officials and military types can pin their department/squadron/whatever paraphernalia. Call me a treasonous snowflake, but drinking in a cop shop just doesn’t do it for me.

We didn't make it to Southbound Brewing Co. because it’s closed on Sundays, something research would have revealed to me had I done any. We weren't able to stop by Coastal Empire or Moon River, the other hop-erations in town, so I can’t comment on those either. Maybe they're spectacular!

On wine, we did fine. We had a killer bottle of Arneis Angelo Negro Unfiltered with dinner Friday night at The Grey, Mashama Bailey's wood-paneled oasis on Martin Luther King Jr. Boulevard.

At Emporium, we ordered a bottle of Eric Texier something-or-other, but when the sommelier noticed an off color and my fiance’s tepid reaction, he quickly whisked that wine away and set us up with a new bottle, which wound up being a highlight of the meal. A pro move, that.

Our Sunday Funday was a Gruner Veltliner-fueled hangaround at Savoy Society, an airy sun-soaked space in the base of the landmark post-World War I-era Drayton Arms apartment building. The wine was ace, as were the tropical rattan couches, but one of those uncanny Savannah moments emerged when we asked if they would put the bottle on ice for us. Without missing a beat, our server removed the potted plant from a West Elm-esque gold planter nearby, filled it with ice and stuck our Gruner in it. Points for innovation, I guess.

Pouring beer made by Lowcountry women? That's the BREWSTER way.

Look, there are a lot of Savannah spots I’d be objectively delighted to drink at again. Both The Grey’s restaurant and attached bar fit the bill, as does Two Tides. Lone Wolf Lounge, TV or not, is the sort of high-low hangout I wish we had a few more of here in Charleston. You can’t go wrong crossing tiki drinks and cheap beer, as I always say. (I have never said this.)

Ditto Alley Cat Lounge, a straightforward subterranean joint just a block removed from the Broughton Street bustle, is also a delight. Their menu, which they call the “rag” and print biannually as a mini-newspaper, is bursting with all manner of pre- and post-Prohibition stuff I want to drink. Reader, drink it I did. (Though not the Chatham Artillery Punch, the city’s own entry in the canon of American mixology. Not a big punch guy.)

And the dive bars! Abe’s on Lincoln, wallpapered as it is with bar napkins featuring pen-and-ink sketches of Honest Abe, is cozy and gritty and weird in all the right ways. Rail Pub, where I’ve spent hours playing Photo Hunt and necking light beers, was named one trade association’s 2018’s dive bar of the year, and is as wonderful a paragon of the sticky floor/hot breath/cold drink calculus as there ever was.

I didn’t make it to The Original Pinkie Masters, Savannah’s crown jewel of dives, on this trip, but I’ve been before. It opened in 1953 as a no-frills neighborhood joint, and that’s exactly what it was when I stopped in half a dozen years back. Among the standard dive-bar knick-knackery, Pinkie Masters’ bar featured an inlaid plaque to President Jimmy Carter, a reminder that the Georgian would occasionally stop in for a drink back in his days as a state senator. Dive bars and local politics, man. I’ll order that cocktail any day.

(I feel weirder about enjoying it now, knowing the most recent previous owner of the Drayton Street dive got bounced by the building’s landlords a few years back. The dispute got pretty ugly, and that guy apparently took the Carter plaque on his way out. The bar was doing business as simply "The Original" for a spell, but after some friction over naming rights, the name is back, as is the plaque.)

Hanna thinks I did Savannah all wrong, and grilled me accordingly on an upcoming episode of The Winnow. Sure, I’ll cop to that. In hindsight, I should have certainly done more research on the city’s drinking options than “none whatsoever.” If you think I missed Savannah’s best drinking destinations, I’d love to hear from you.

Meanwhile, I’ll be here in Charleston, wondering if "Drive Angry" is a cult cocktail classic I’m not clued in on, or if using a planter as an ice bucket is some sort of Lowcountry tradition I’m not hip to yet. Until next time, Savannah. That is, if you'll have me.

With skyrocketing rents and less room to wiggle, Charleston proper isn’t the easiest place to run a slim-margined, no-frills, deep-fried dive these days.

These holiday-themed and flavored craft beers at Charleston breweries are sure to get you rockin' around the Christmas tree.

You can find the Puerto Rican counterpoint to eggnog all over the Charleston area … but only if you know where to look.