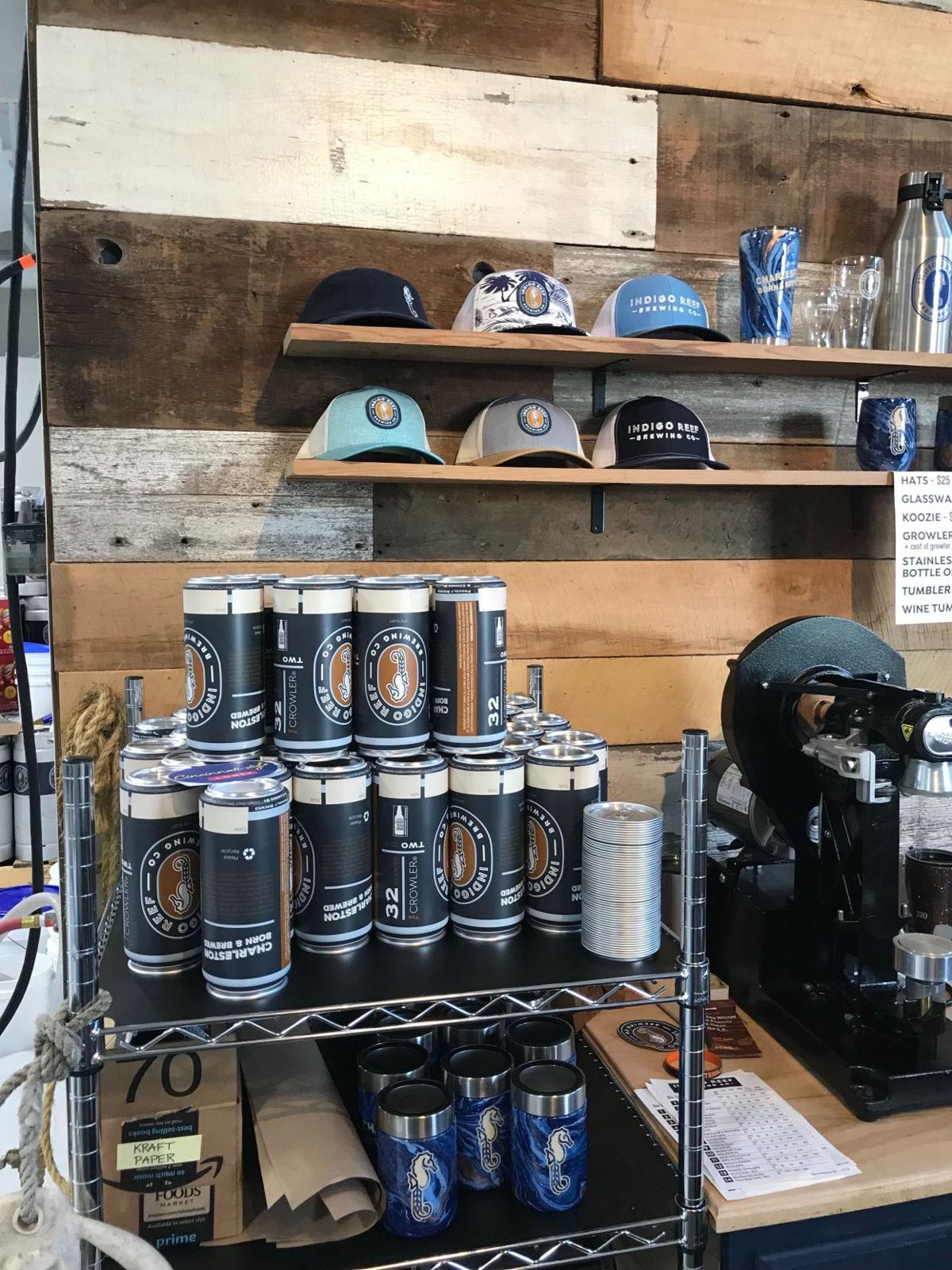 A stack of empty Crowlers with a seamer (right) at Indigo Reef Brewing Company on Daniel Island. Dave Infante/Staff 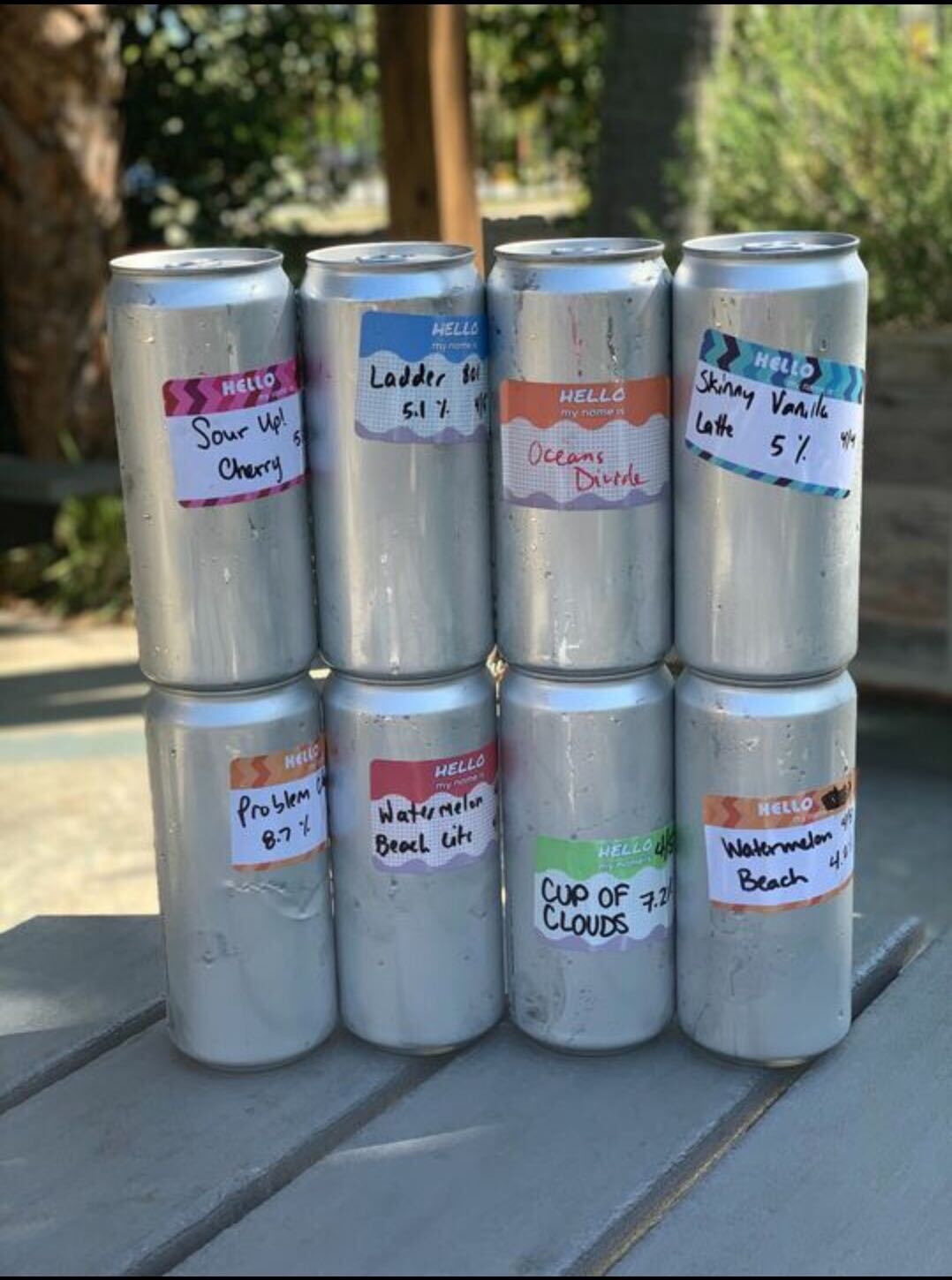 In an era of to-go only sales, "Crowlers" — single-use 32-ounce aluminum cans filled from the tap and sealed at the bar — have been a lifeline for small Charleston area brewers trying to get their beers safely into the hands of curbside customers.

But for some, that lifeline is stretched dangerously taut.

"We're down to about four days of inventory left" of the cans, said Colin Wingfield, owner and events manager at Fam's Brewing Company.

Like many small brewers throughout the Lowcountry, the James Island brewpub, which operates from the Famulari's Pizzeria location on Folly Road, does not own a line to package 12- or 16-ounce cans. If it runs out of empty Crowlers, Fam's could be almost "without a way to sell beer" until its supply of vessels is replenished, added Wingfield.

Most SC craft brewers will be forced to shut within months without more relief, guild says

The American craft brewing industry's COVID-19-induced pivot into strictly off-premise sales has created a nationwide shortage of the 32-ounce cans, which are exclusively manufactured by Ball Corporation. The publicly traded Colorado company developed the Crowler with Oskar Blues Brewing Company in 2014 and holds the design's patent.

"Demand for 32-ounce Crowlers had surged similar to other consumer products during this uncertain time," said Scott McCarty, a Ball spokesman. The company has "adjusted our production to help meet that demand, and those cans are still moving into the market," he added.

The supply chain ripple effect of that shortage, first reported in late March by the trade publication Brewbound, is now reaching Lowcountry brewers at an inopportune moment.

"We have exactly five (Crowlers) left," Chris Ranere, owner and head brewer of Daniel Island's Indigo Reef Brewing Company, said when reached early Wednesday afternoon. "That was with Charles Towne Fermentory and Frothy Beard both (already) loaning us about a box each."

Other local outfits, like Commonhouse Aleworks, Holy City Brewing Company and Edmund's Oast Exchange have exhausted their current Crowler supply and are waiting on deliveries of more empties.

Munkle Brewing Company, like Fam's and Indigo Reef, is running low on the 32-ouncers, said owner and founder Palmer Quimby. He was able to place an order through his distributor earlier this week. Quimby is bracing for a delay.

"We shall see how long it takes them to get here, or if they even show up at all," he said.

Munkle has a canning line. Indigo Reef has tapped a mobile canning company, IronHeart Canning, to fill six-packs; those will be available in two weeks' time. Barring a line, a brewery like Fam's has two options to sell to-go beer: Crowlers or 64-ounce glass "growlers."

Wingfield still has some growlers left, but the refillable jugs have fallen out of favor with both brewers and customers in recent years due to the hassle of storing them and concerns about quality control.

With scrutiny of sanitization and customer interaction at an all-time high due to the pandemic, some breweries have opted not to refill growlers at all for the time being. Others, including Indigo Reef and Holy City, have implemented special, multi-stage sanitizing protocols to fill the jugs, slowing down the process.

SC not allowing restaurants to deliver alcohol, but curbside pickup of beer and wine is OK

Even before the pandemic, customers appreciated the convenience of Crowlers. Fam's sells 10 times more Crowlers than growlers, at a clip of over 1000 each week, guessed Wingfield.

"I've gone ahead and ordered multiple orders (of empties) to get in the queue," he said.

The next load of Crowlers from his distributor is scheduled to be shipped on April 20.